Top 5 Jewellery museums in the world 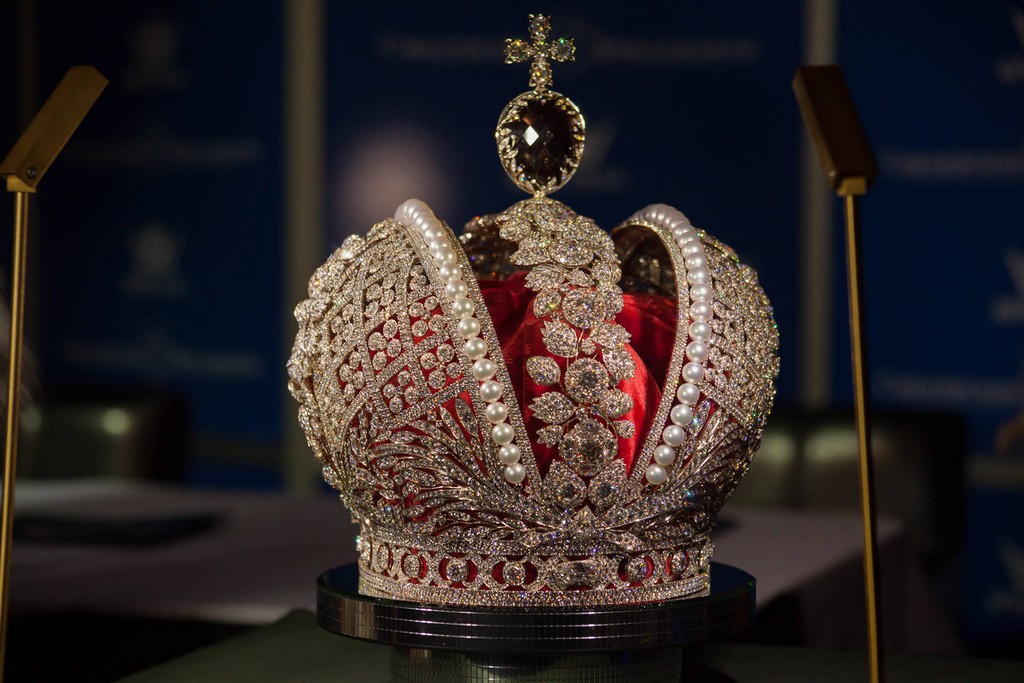 Top 5 Jewellery museums in the world

Spanning over centuries, collected from across seas, through plunder and through the sail, through inheritance and through endowment- jewellery has been the most comprehensive storyteller of all time. It’s a fact we know that every piece of jewellery has a story to tell; that which is best told through an aesthetic exhibit. Stowed now inside glass cases, cushioned well on luxe velvet lie some pieces that have witnessed history time and time again. Passing through many skilled hands to become crown jewels atop a king’s crown, a Queen’s necklace, bejewelled gloves custom made for high mistresses. 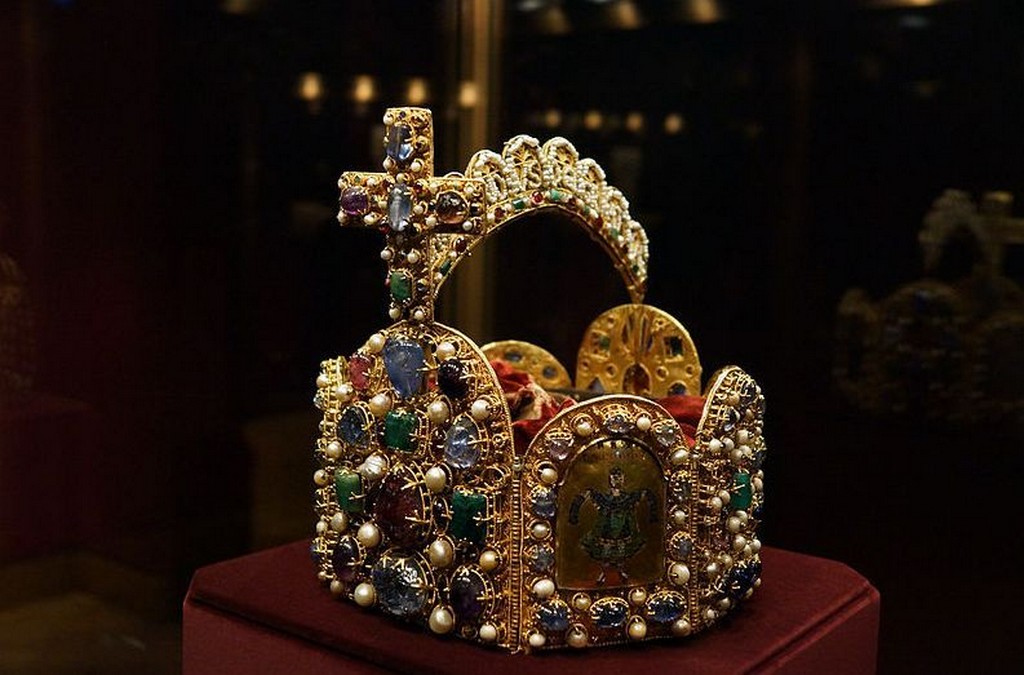 Some exhibits also showcase raw uncut stones and geological precious fossils from the deepest corner of the Earth to show us the heavy processing they go through from being mined into an exquisite piece to be adored over centuries. Let’s go through some of the best jewellery museums in the world to see exactly how a man defines history from them. 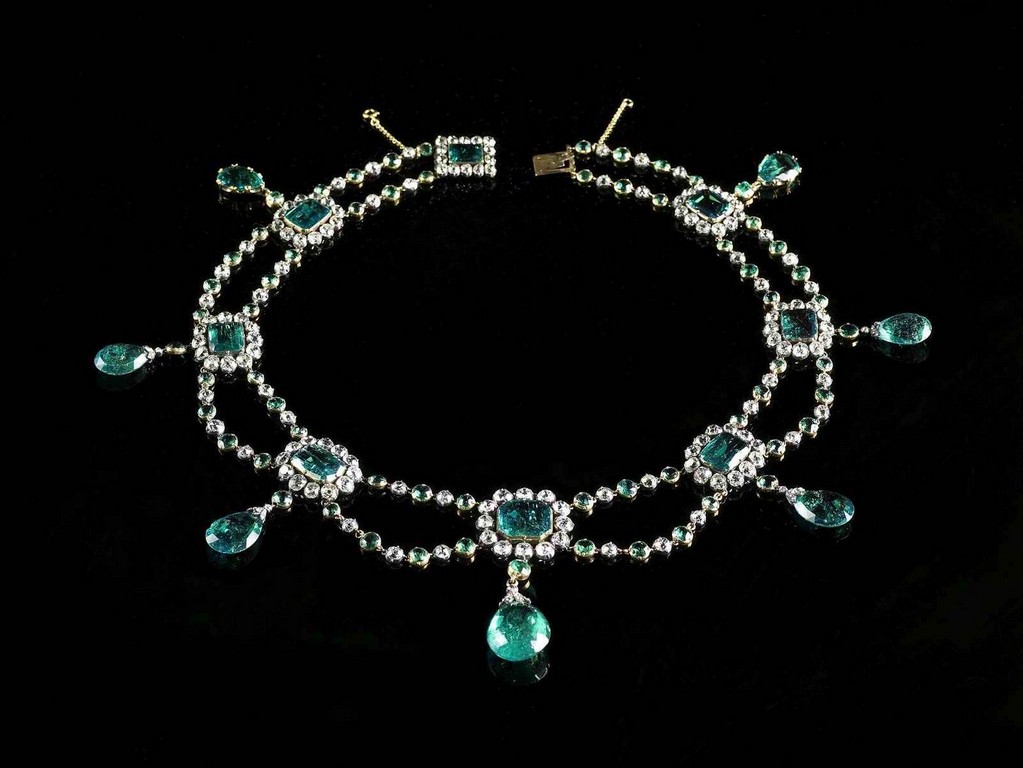 Home to the Imperial State Crown and number one on our list is the world-renowned V&A museum. It is the largest museum in the world presenting decorative designs and art with the most elaborate jewellery collection of over 6000 items. Dates of origin spans from Ancient Egypt B.C to modern jewellery conceptualized by renowned jewellery designers of the 21st century. Culturally representing Europe, North America, North Africa, Asia, this illustrious museum houses a wide range of textiles, dresses, ironwork, furniture, ceramics, paintings, sculptures, silver along with other jewellery. What sets this museum apart is the unique historic pieces like Marie Antoinette’s bracelet clasps, the Beauharnais Emerald necklace from Napoleon’s times, the Diamond dress ornament specially created for Catherine the Great of Russia and many such which are almost a cause of envy for the other museums. On the same floor, you could also find ethereal pieces crafted by prestigious designers from the cosmopolitan cities of New York, London and St.Petersburg. Two diamond-encrusted tiaras by Cartier, pearl bracelets by Boucheron, a very rare Plique-à-jour enamel, a gold Chaumet bangle with a core of rubies and diamonds and an enamelled snuff box with a Tsar Nicholas II house monogram diamond. 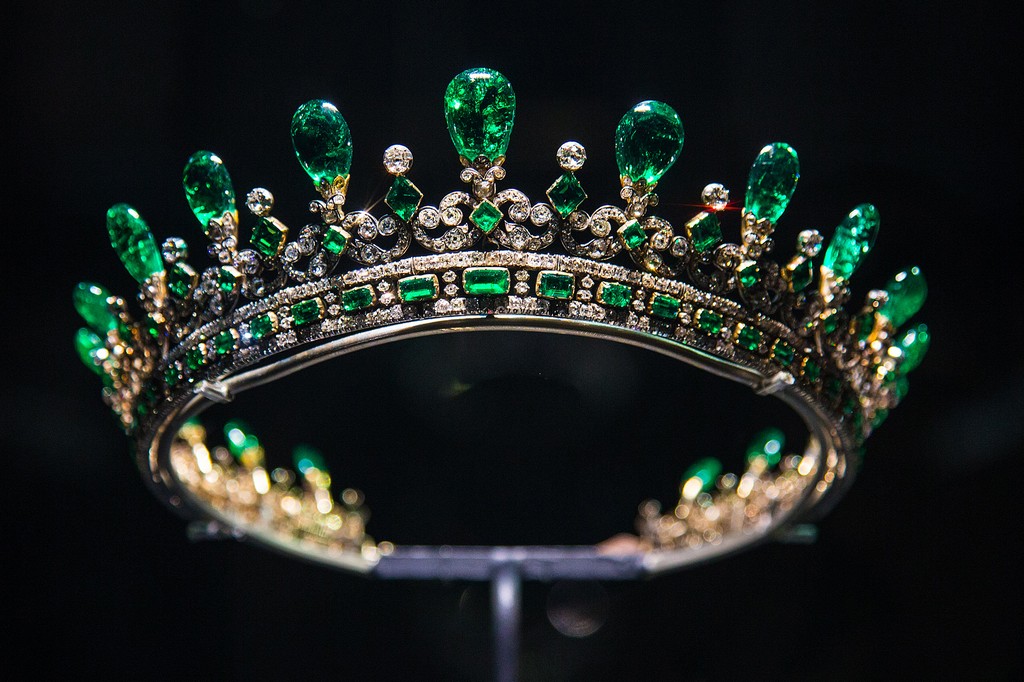 With the largest collection of displayed jewellery owned by ‘the state’ in the world, the National Jewelry Museum is located inside Iran’s central bank on Ferdowsi Avenue. Exquisiteness as a key element- the jewellery collection inside this museum pans across crowns, tiaras, thrones, swords, and shields embellished with gems, jewels and precious jewels crafted with extreme skillfulness and mastery. This museum centres principally on the story of Iranian national treasury from the 16th century until the 1950s. The Iranian monarchy of the 16th century collected the items and these were then in 1937 moved to state ownership, in order to take care of the national jewellery of Iran. On show is the royal Iranian jewellery from Safavid, Afsharid, Ghajarid and Pahlavid dynasties like the Naderi Paisley, the crown of Queen Farah Pahlavi, Kiyani crown, the Peacock bed also known as the sunbed called the Ghajarid, the gemmed globe, Darya-ye-Noor diamond(sea of light) and the Naderi bed. 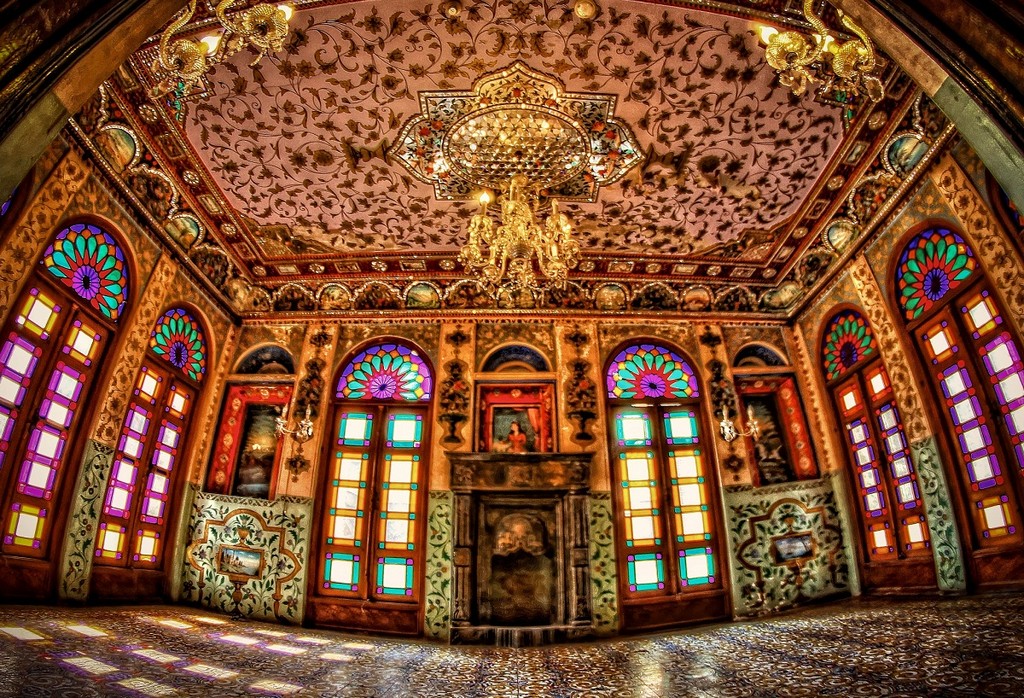 The Imperial Treasury has a robust collection of jewellery and design objects compiled over thousands of years of European history, situated in the heart of the Hofburg Palace. The gallery’s most prized possessions comprise of the largest emeralds in the world, Orb, the Scepter of Austria, the Imperial Crown, the Holy Roman Empire’s Imperial Crown, Imperial Regalia of the Emperors and Kings of the Holy Roman Empire and many more. The Imperial Treasury is divided into two sections of collections: the secular collection and ecclesiastical collection. The secular collection comprises of numerous imperial artefacts from the House of Habsburg including precious stones, jewels that due to their large size could not fit into the royal crowns. Similar to the secular treasuries, the political power and geographical reach of their owners is attested by this collection. The ecclesiastical collection contains religious treasures like relics and objects which were previously owned by saints. 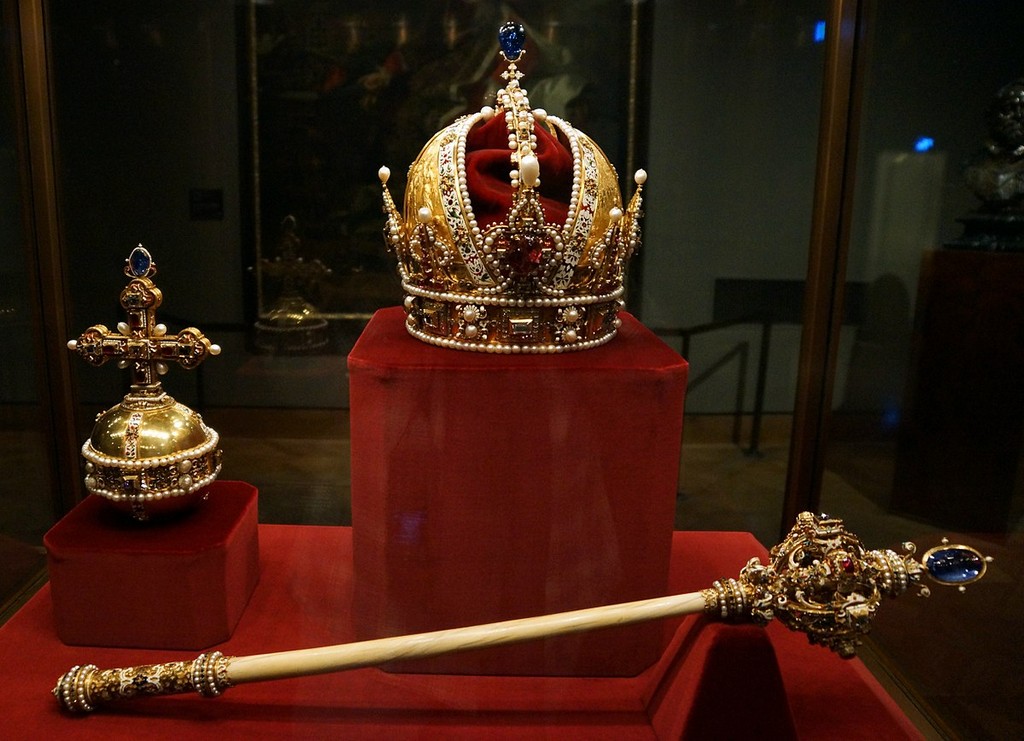 Established in 1808, The Kremlin Armory is the oldest museum in Moscow. Initially designed as a royal arsenal in 1508, later converted into a museum which houses a vast collection of jewellery and gemstones along with unique unhandled natural nuggets known as the Diamond Fund. The Imperial Crown of Russia, the Orlov Diamond boasting a 189.62 carats and weighs 37.924g, the ivory throne of Ivan, a collection of 10 Faberge eggs and many other such precious items can be seen on display. This armoury also preserves the ancient State regalia, ceremonial royal garment, coronation dresses, ceremonial arms and armour, West European artistic silver, ceremonial horse harnesses and a large collection of gold and silverware made by Russian craftsman. The uniqueness of this museum originates from the cultural value of the exhibits and how the items were procured- they were mostly made in the Kremlin workshops(thus gaining the name) and others were accepted as ambassadorial gifts.

Amongst famous attractions in Austria, we find the Swarovski Crystal World museum, better known as the Swarovski Kristallwelten established on the 100th anniversary of the crystal makers – Swarovski in 1995. Built in response to a growing interest in Swarovski and spanning over 7.5 hectares, this world of fantasy was built to create a complete crystal experience and has provided wondrous fascination to more than 14 million visitors. What sets this museum apart is the diligence of the designed chambers which presents awe-inspiring crystals of the company along with various attractions and a majestic waterfall at the entrance to boot.

The crystals are exhibited in such a way that they are not only just raw material but are also an inspiration to every viewer and connoisseur of art.

The underlying principle of the Jewelry museums is how they have all exhibited and interpreted the jewellery in their own unique way, turning a piece of heritage and artefact into a whole experience and an assembly of universal collection of knowledge of all time, providing an eloquent testimony to the diverse history which spans over decades and centuries. 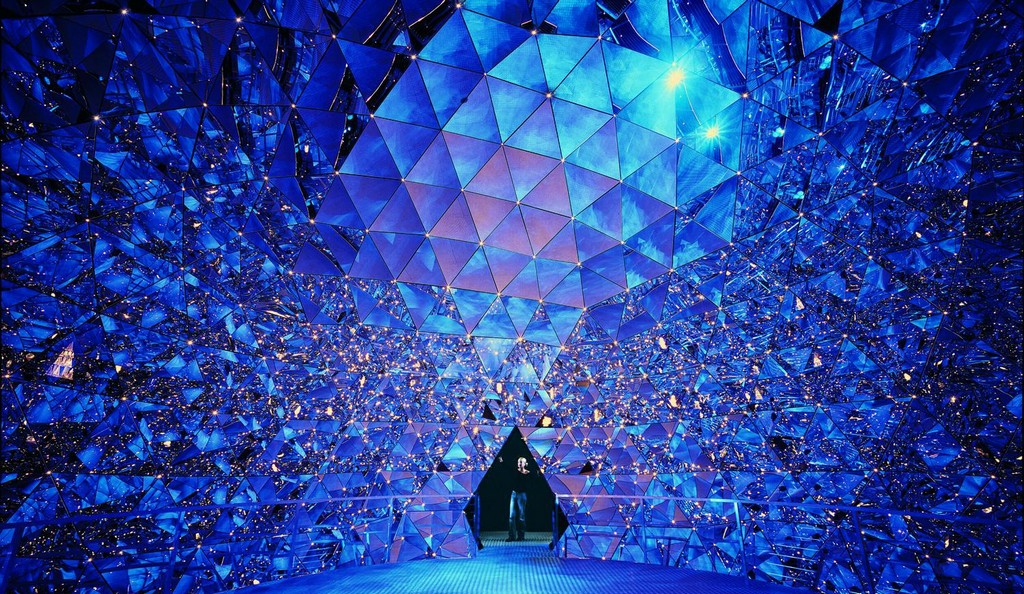 Jewellery has been a key tool to interpret the past. As an industry that is seeing a rapid growth in India as well as in the international market, Jewellery Design is hurtling towards a truly sparkling future. JD Institute of Fashion Technology offers an excellent comprehensive Jewellery Design Course that offers a launch pad for creative minds to learn new skills and techniques in the highly exciting and creative field of Jewellery Design.

As the exquisite designs exhibited at these prestigious museums were created to represent the culture, heritage and tradition of the time, the Jewellery Design Course module at JD Institute of Fashion Technology, borrows heavily from the rich historical heritage of India and other countries to ensure that it is in line with current market trends. 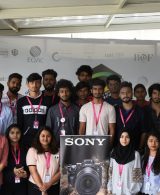 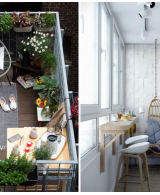