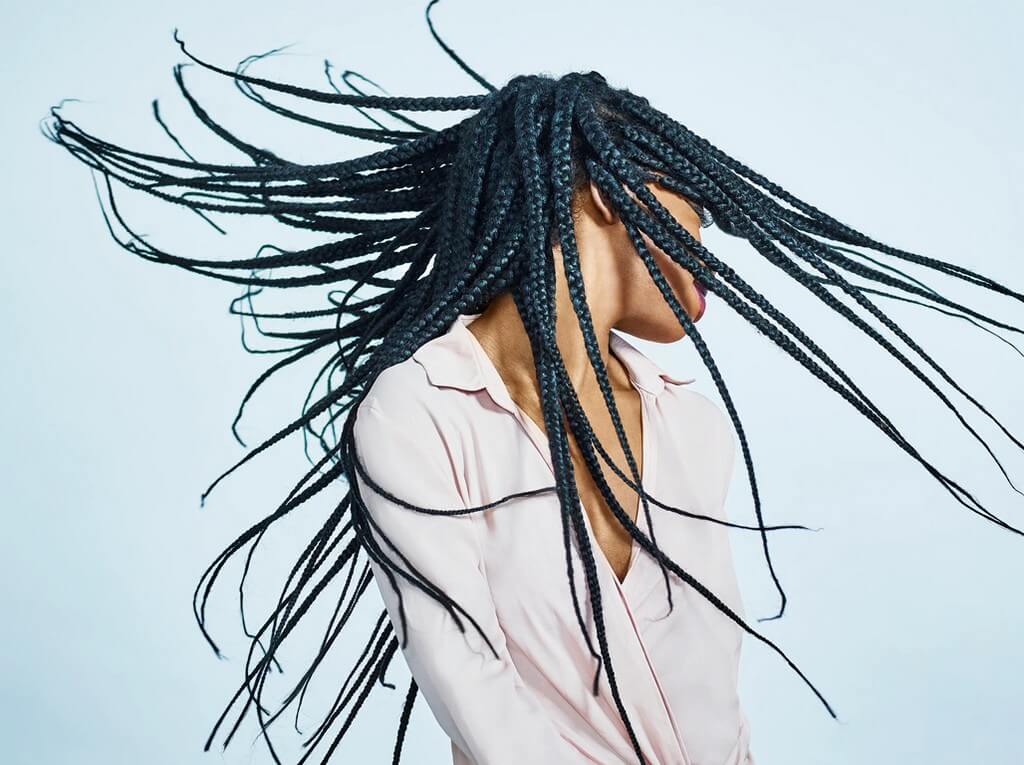 Braids are similar to a universal language in hairstyling. It is one of the easiest and most fun ways of hairstyling. They keep the hair intact for over 24 hours if need be, and do not consume as much time that is invested on any other hairstyle. It is a go-to trick when running late for work or college.

Braids were first mothodised in Africa by Himba people of Namibia almost 5000 years ago. They have been braiding their own hair for over centuries, and every braid was unique and used as an identification of the tribe they belonged to, their marital status, age, wealth, power, and even religion. Braiding is considered as social art because of the time that is invested in it. The time that was taken to braid the hair, was also time that they used to socialize, and hence it was known to be ‘Social Art’. Braiding was passed on from generation to generation, by watching the elders master this form of art. This turned out to eventually be the traditional hairstyle of the African tribes. Around the 1900s as the braids were being popularized around the globe, almost every woman, man, and child had begun braiding their own.

Now, braids have been evolved to many different styles for every occasion, from a casual hangout with friends to wedding attires. With the evolution of braids, the time consumed per braid has also increased along with the variety of hairstyling products used to hold them in place for a longer duration. But for obvious reasons, not every braid style will be feasible for a day-to-day lifestyle. So here are some of the most common, stylish and easy braided hairstyles that compliment the daily lifestyle: 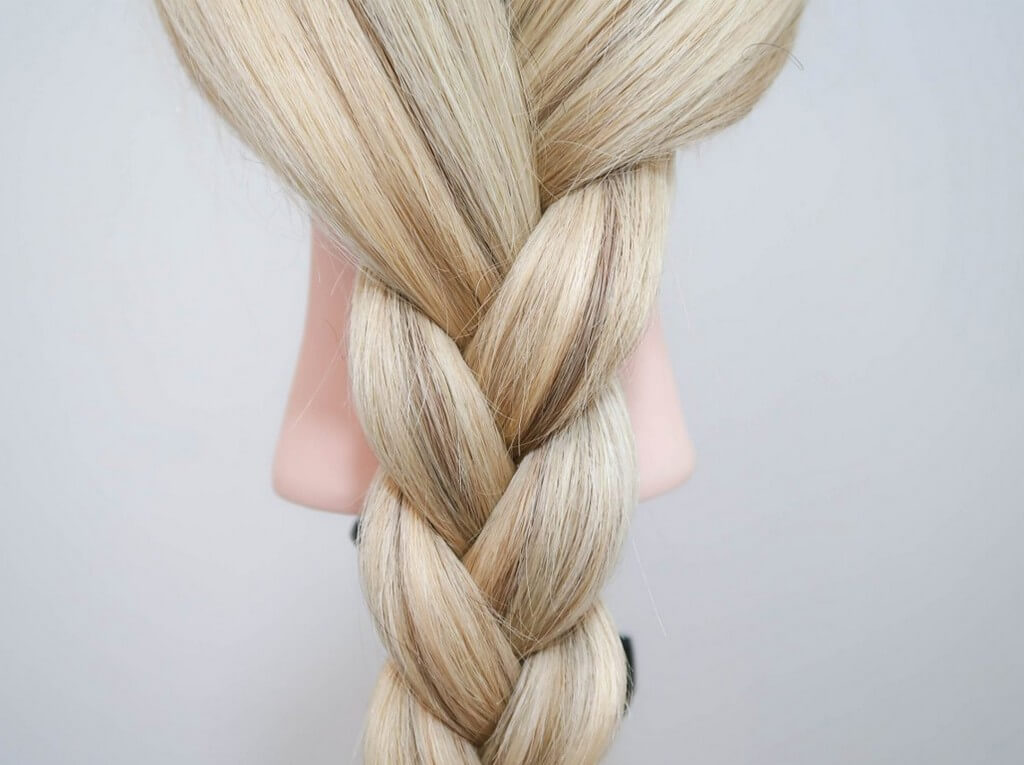 The base of all braided hairstyles is the three strand braid

This is the hairstyle everyone has grown up with. The simplest and quickest hairstyle by far among the braiding hairstyles. It is most likely the very first hairstyle that an individual has learnt in their life. This braid style is the basic foundation to the numerous braiding styles that are now trending on hairstyling charts. 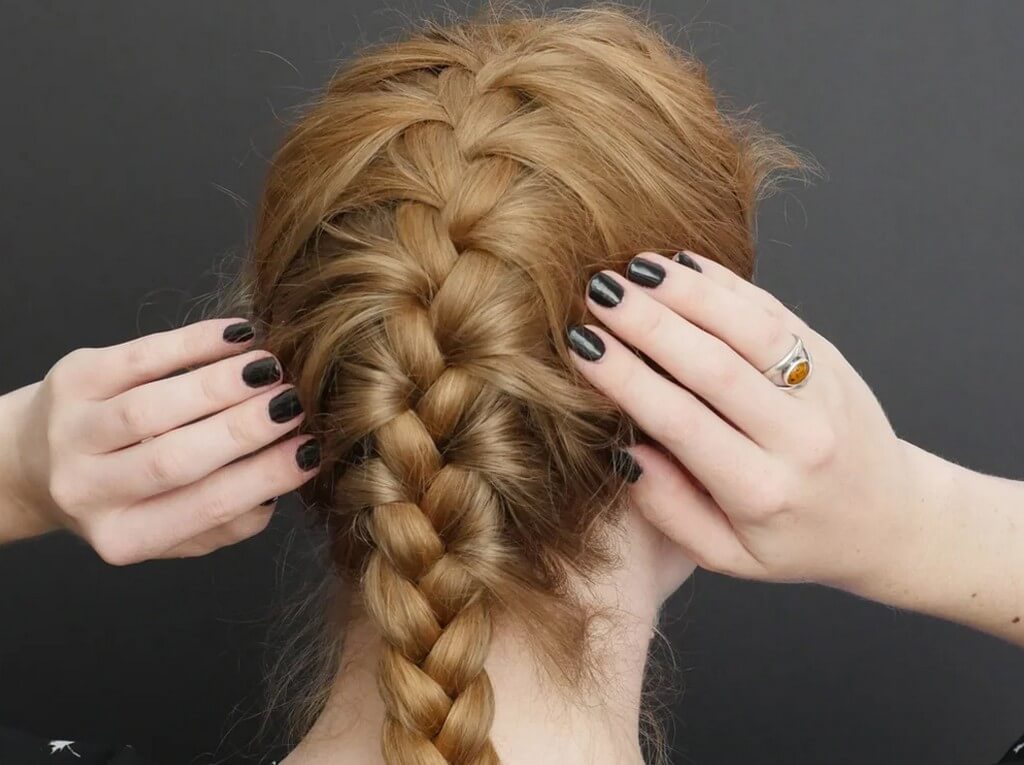 Another one of the classic braids that is well known around the globe. The french braid is the perfect braid for any occasion to achieve a chic look with the advantage of pulling the hair back from the face, on a summery day. This hairstyle has another benefit that not many are aware off, that is, once these braids have been removed they leave the hair wavy, that is similar to the beach waves that is usually styled using a flat iron or a curling iron. The french braid bican be used on all attire, from pyjamas to glamorous cocktail gowns. This braiding style may take a while to master, but once it is, it will take under 3 minutes to style, depending on the length of the hair. 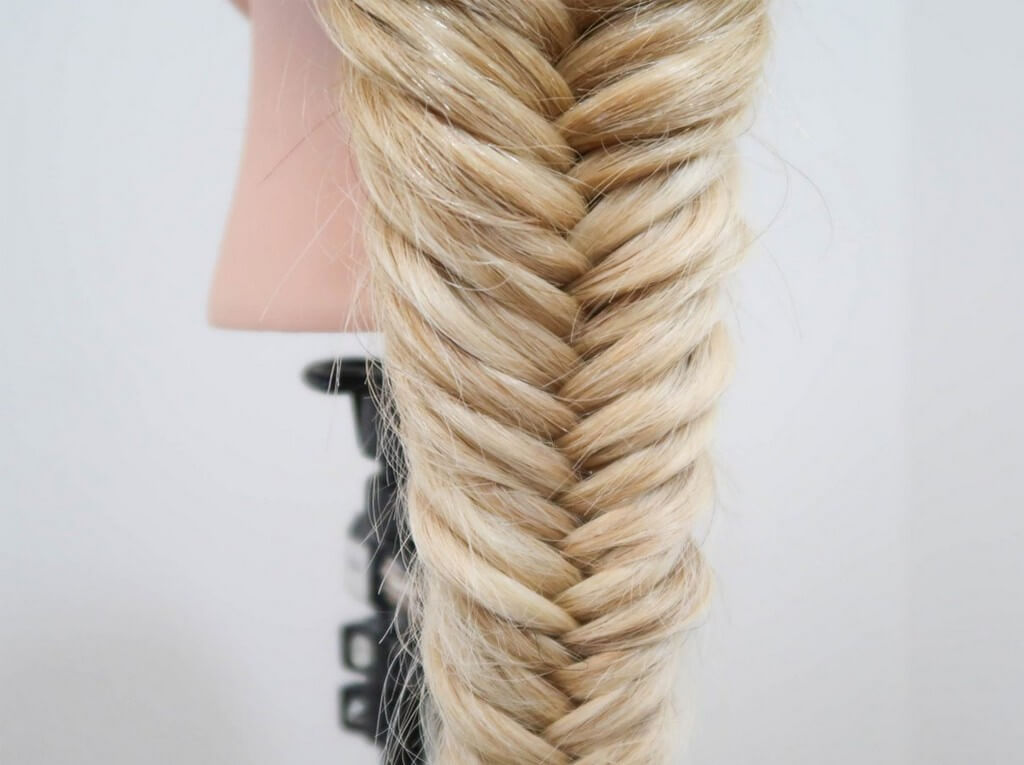 One of the most intricate styles of braiding is the fishtail braids. This is a complex variation of the three straid basic braid. Most of the time, this braiding style is prefered for classy and chic occasions because of the result. The reason that this braid is known as the fishtail braid, because the hair is woven together in a symmetrical pattern that results in a neatly aligned scale form that looks similar to that of a fishtail. 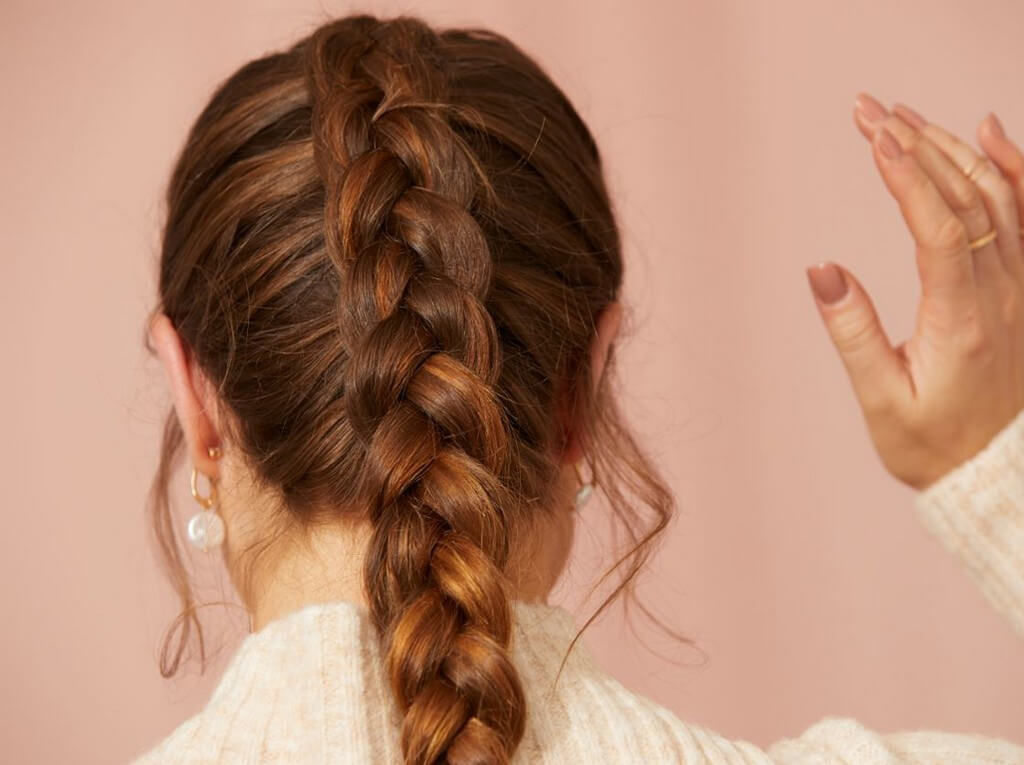 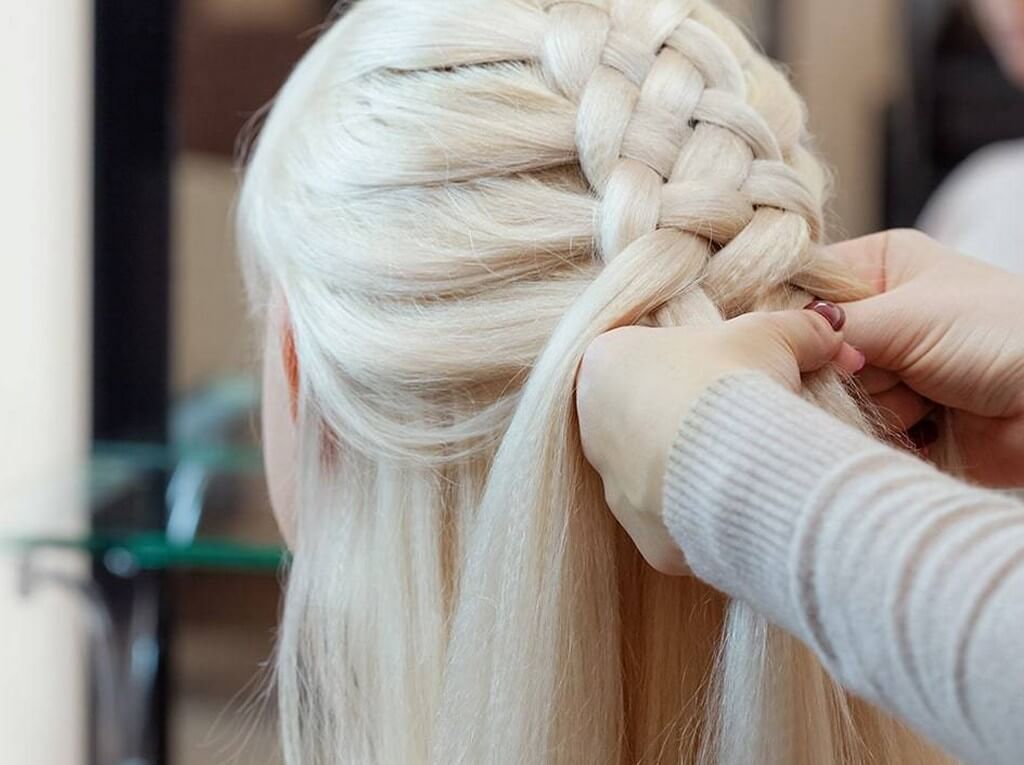 This braiding style is the perfect mix to a standard braid with something fun, when it feels extremely monotonous. This 4 strand braid adds a bit of finesse to the hairstyle making it the perfect one for a dinner date or a quick back to college look. Although this may seem like a regular braid, it will have the opposite person look twice. 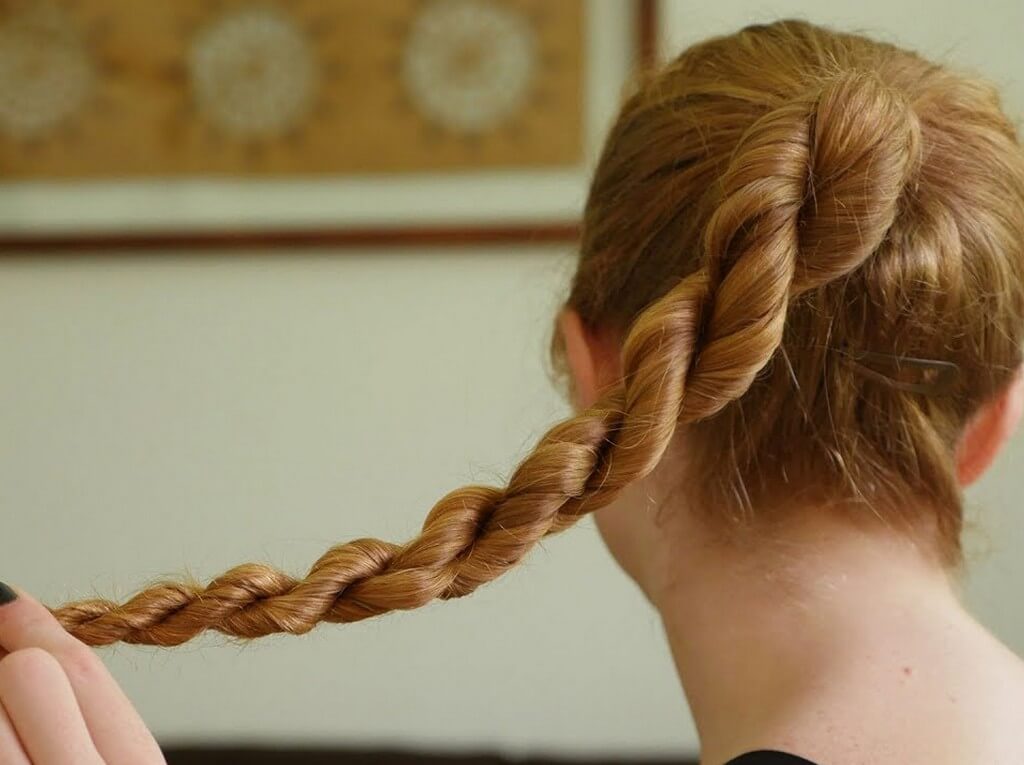 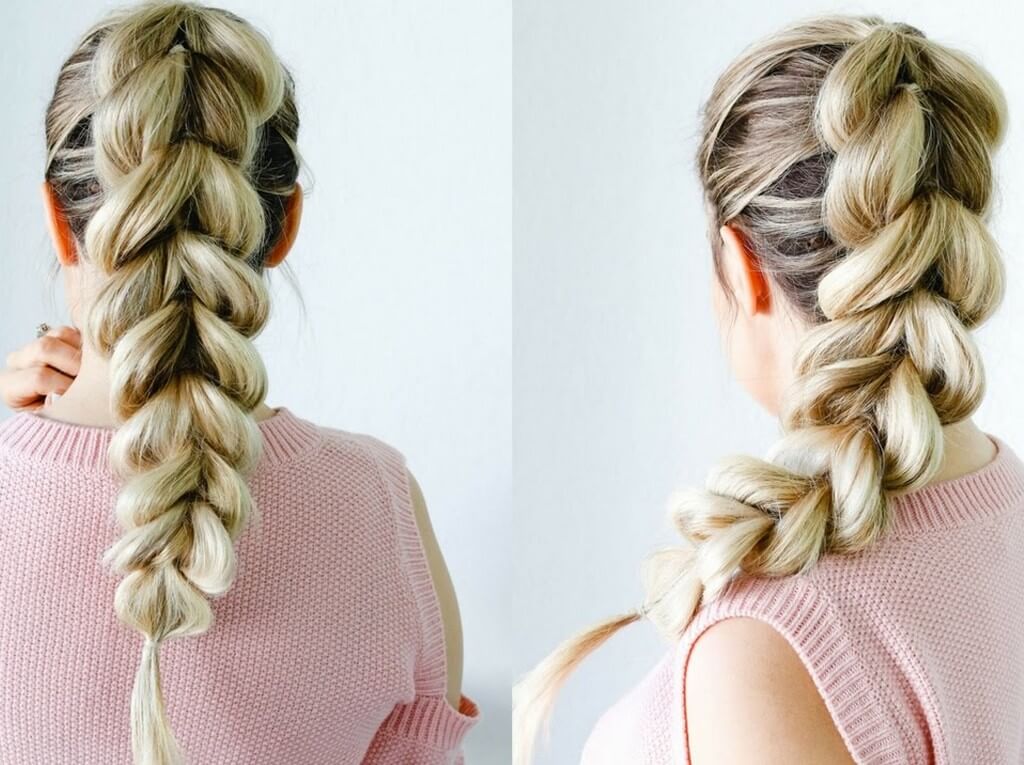 The best choice for fine hair to add volume

The perfect braiding style for fine hair. This bradining style creates an illusion of volume and thickness to the hair without much effort. The technique to achieve this look is the easiest as this doesn’t even require actually braiding, because it is just ponytails that are interlinked to form the braid effect. 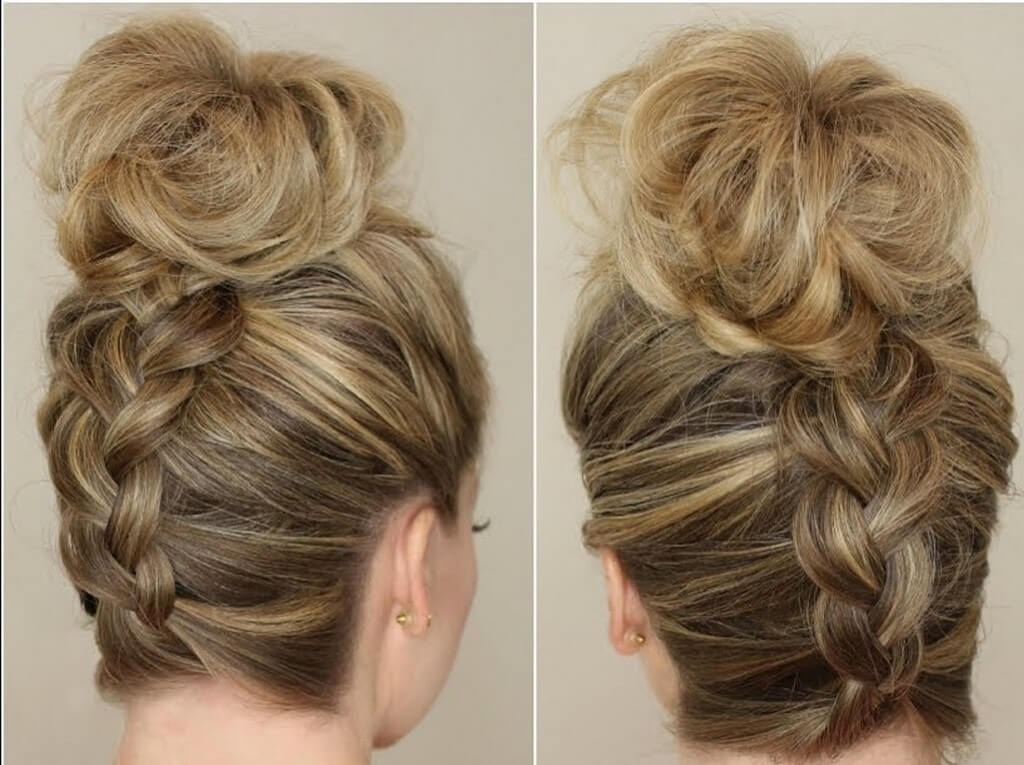 The reverse braid adds a finesse to your messy bun look

The reverse braiding hairstyle is the best to adding some finesse to the buns, whether messy or sophisticated. The braid starts from the nape of the neck to the crown and is similar to that of the dutch braid but in reverse. 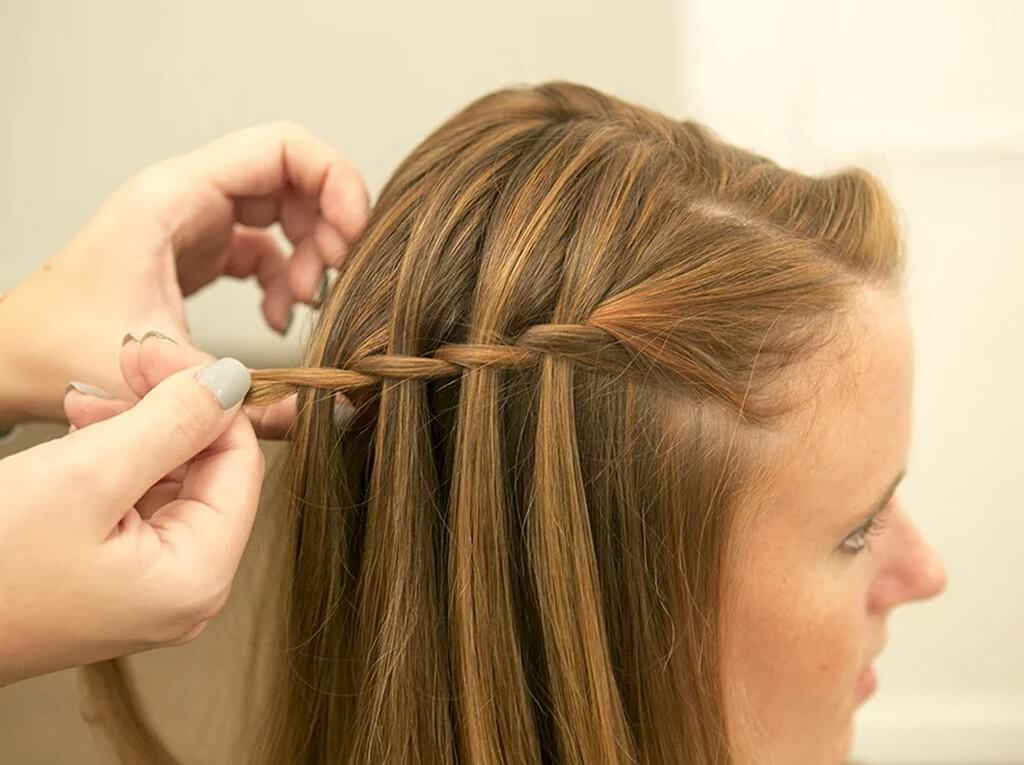 The most elegant of ll braid variation is the waterfall braids 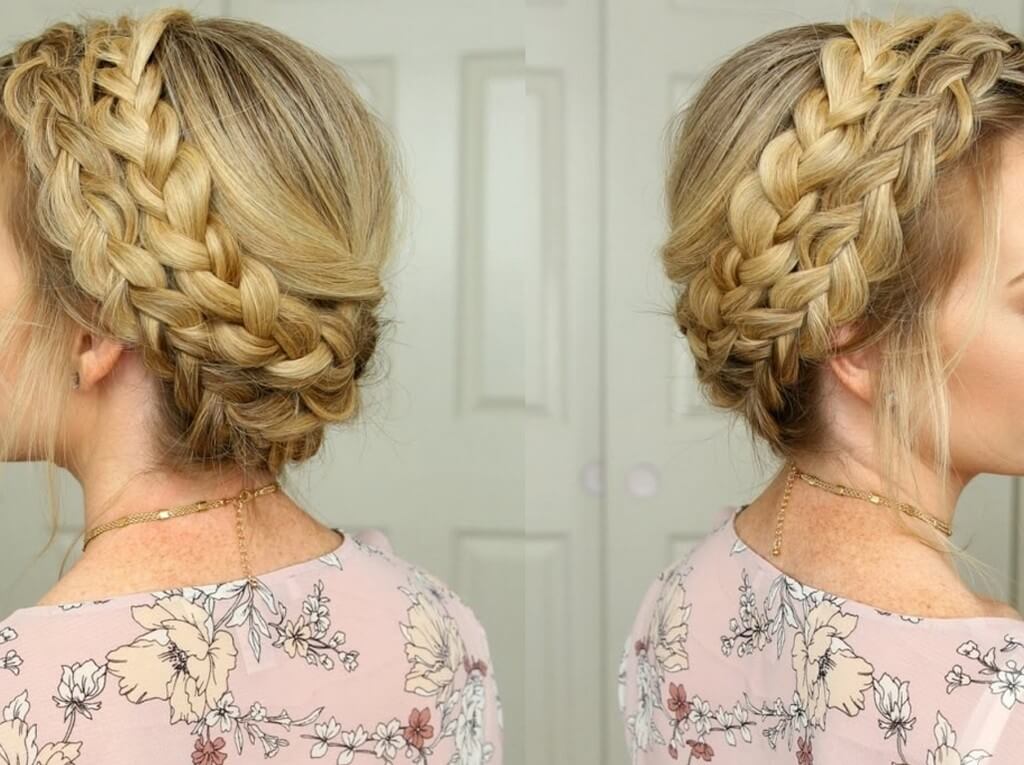 The milkmaid braids are the perfect crowns in the quickest techniques

This braiding style is an elegant choice for any prom gown or wedding bridesmaid outfits. The style may seem like it can be a time consuming choice, but is actually very easy and quick to achieve. It is perfect even for a classy outfit that needs a bit of twist to it.

Braids have been known to be the easiest and most stylish hair technique that is not only easy but also protects the hair from damage and pollution. Braiding the hair also is proven to reduce hair fall as it helps avoid the knotting of the hair. There are many hairstylists who recommend braiding for various occasions as it will keep the individual comfortable and the hair intact for a longer period of time without being a hindrance to them. Although braiding may seem easy, there are products and techniques that are to be skilled in order to understand which braiding hairstyle will choose which hair type and individual. When choosing a hairstyle for an individual it is important to look into aspects such as facial structure, hair texture, hair density and so on. As one among the best design institutes in Karnataka, JD institute offers diploma courses in Makeup & Hair Artistry, where the trainees or students are taught the techniques of hairstyling and the aspects that need to be looked into before working the hair of an individual. 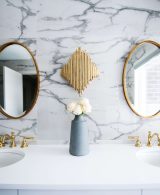 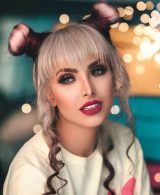