The students of Interior Designing Batch 2020 A & B presented a display on Fundamentals of Design wherein they explored Gestalt Principles where they presented two 3D works made out of millboard and (POP) Plaster of Paris cube by moulding and carving it.

It was a workshop where the students had to understand the basic elements of design and principles of design which was partially based on Gestalt Principles and also understand it’s real-life applications.

What are Fundamentals of Design?

The fundamental principles of design are Emphasis, Balance, Movement, White Space etc which means that the design should differ from the art and it has to have a purpose. Visually, this functionality is interpreted by making sure that the image has a centre of attention.

What are Gestalt Principles?

Gestalt Principles are principles or laws of human perception that describe how humans group similar elements and recognise patterns and simplify complex images when we perceive objects.

Keeping in mind all the principles and laws the students had to choose either of the principles of designs and create a 3D model using millboard and other required materials as per their creativity. The model was prepared using one or more principles of design which helped them understand the idea of 3D forms and identify and apply the visuals in real life. Along with that they had to come up with a cube/pyramid in POP and had created a composition sketch using basic shapes and then carved it using their own creativity and ideas.

Students had to choose either of the design principles –

Students not only chose the design principle topics but were also inspired by a lot of things including nature, architecture, emotions, textures etc. and every student came up with some creative designs/models to showcase their works.

Each student used their ideas and got a chance to explore and understand the “ways of seeing” and “what to see.” They showed their creativity and found a way to express their works using the elements and principles of design in the best way possible. 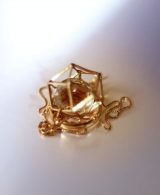 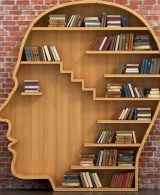