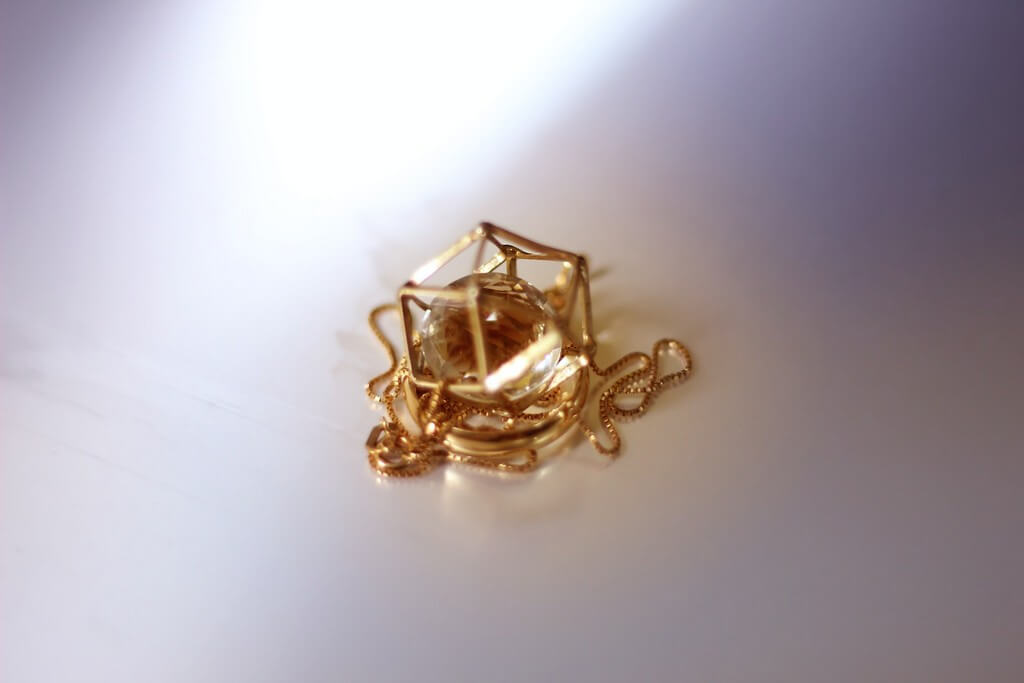 Jewellery designers create pieces of art which are more than objects of adornment that complements one’s look. It is a symbol of rich historical and cultural heritage, a statement of love and its preservation. The significance of jewellery in India has evolved into a complex system with sophisticated religious, social and economic symbolism. Being a jewellery designer in India is therefore not just concerned with the translation of tangible material into wearable decorative forms but a craft that requires one to be sensitive to the significance that the material, form, imagery and meaning they hold or could potentially narrate. 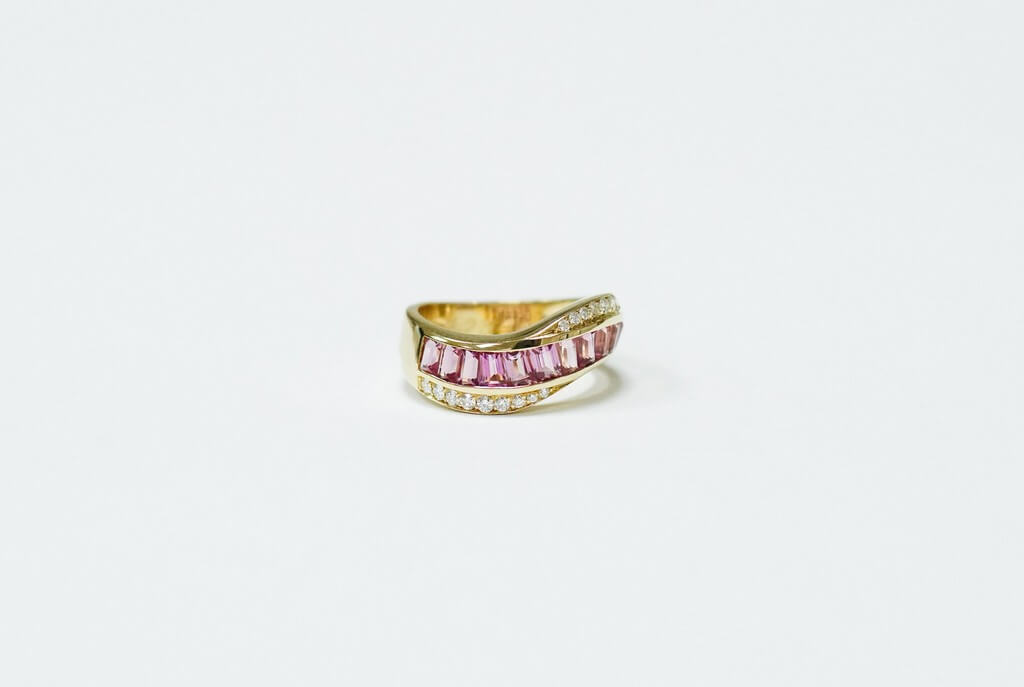 The history of jewellery in India dates back to the time of the Indus Valley Civilisation from where traces of simple jewellery made with beads, strings and stones were discovered. Later on, these materials were replaced with metal. Jewellery in India gained prominence during the Mughal period when they adopted a more intensive design vocabulary and crafting methods that incorporated precious stones and jewels.

This article discusses how the art of jewellery design has been transformed into a profession that unites tradition, culture and innovation as through the work of notable jewellery designers in India.

Farah Khan Ali is a well-renowned jewellery designer based in Mumbai. Her work is internationally celebrated and her pieces have been worn by Hollywood and Bollywood celebrities. Describing her jewellery as tangible imagery of her visual imagination, she finds inspiration in traditional Indian motifs and cultural iconography that she articulates into contemporary concepts.

Pallavi finds inspiration in nature, and this comes as no surprise as she hails from Nainital. Finding pleasure in travelling and in experiencing various cultures and places, this passion translates into her design sensibility through the various nature-oriented forms and imagery that her work manifests into. Having won various awards and accolades, the World old Council called her ‘the Else Peretti of India’. Having shown internationally and nationally at the Lakme, India and Milan fashion weeks, she retails under Pallavi Foley boutique. 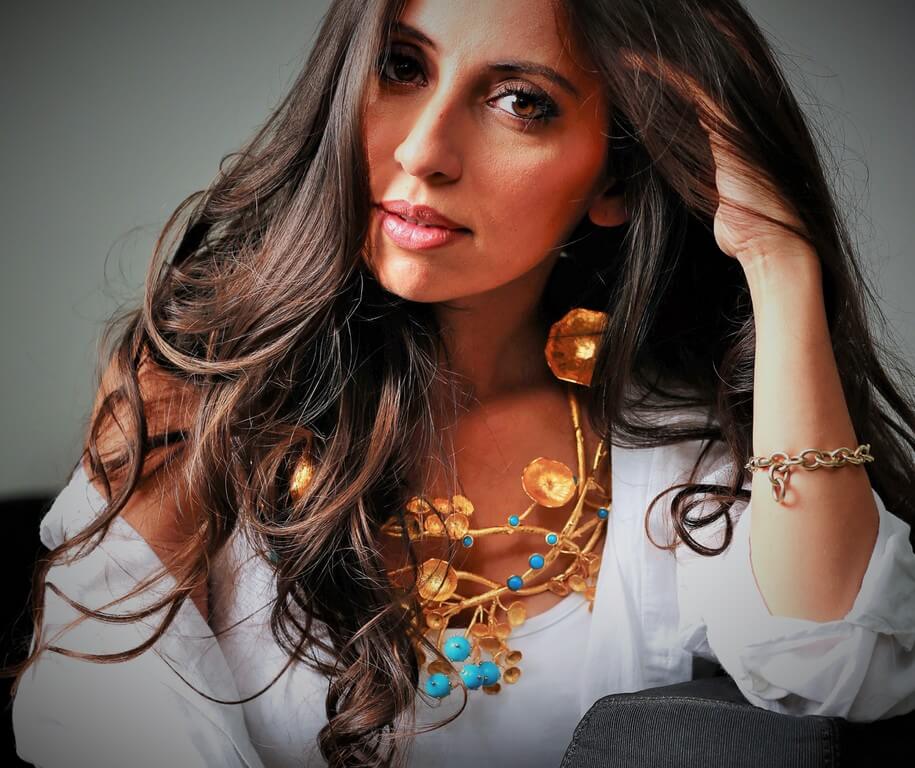 Finding inspiration in molten metal, Suhani is the first Indian jewellery designer to present her work at the Miami Fashion Week. Acknowledged worldwide by celebrities, she was the finalist at the ‘Young Fashion Entrepreneur Award ’09’ held by the British Council. Having won various awards and having been featured in various international and national magazines, she has taken a contemporary take on traditional techniques. 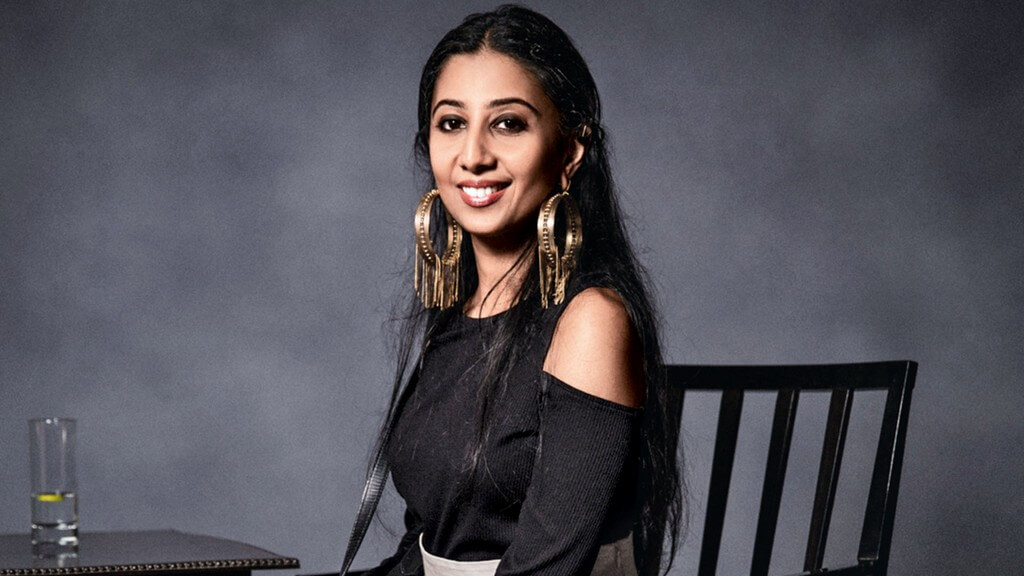 Cosmopolitan describes Soni as “wearing it with attitude, designing it with flair & experimenting with it to make a statement, Poonam Soni lives & breathes jewellery.” Soni is the pioneer of bespoke jewellery and is one of the first to introduce the luxury jewellery concept in India. Starting her interest in jewellery as a hobby, her fascination for it and the innovative creations that she came up with earned her popularity. At a time when jewellery was traditional and work on most with gold, Poonam found inspiration in the motifs of the Sistine Chapel and articulated her vision in pure gold offset with unusual stones of Rhodolites, Malakites, Black Onyx, and even leather & shells that were unheard of in fine jewellery. 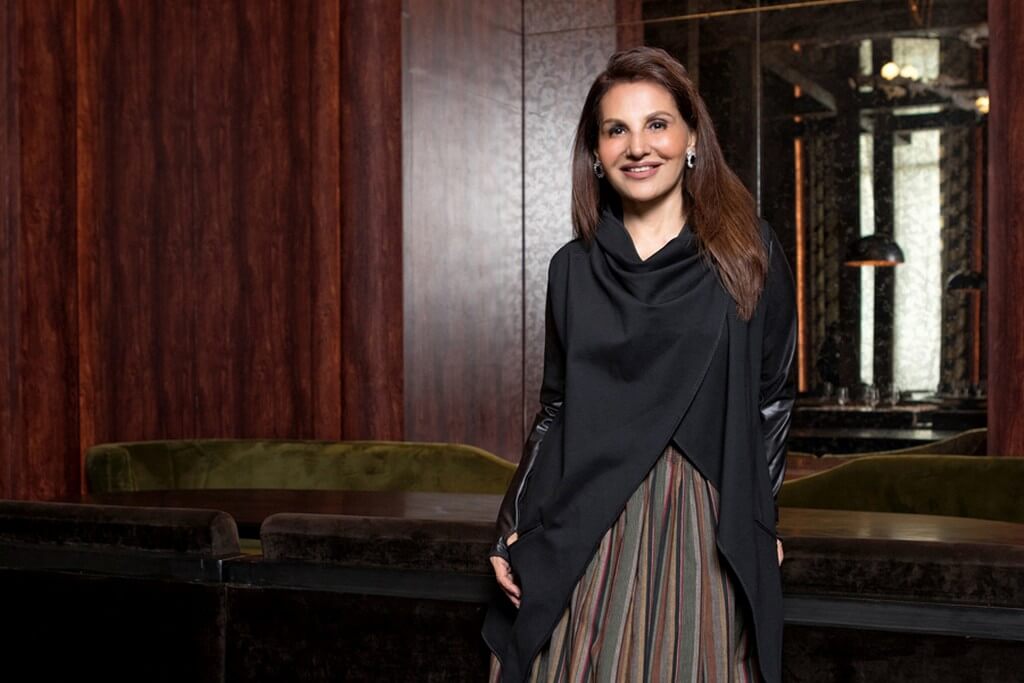 Having been commissioned to design jewellery for royalties such as Her Highness Princess Diana, Queen Rania of Jordan, Shekha Shamma Crown Princess of UAE and Maharani Gayatri Devi Jaipur, Asha Kamal Modi started her own brand called ‘Art Karat’ in 1988 when jewellery design was hardly a profession. Her work has been adorned and celebrated in Bollywood, especially for movies that portray historical characters. She finds inspiration in nature and the rich heritage of Indian culture. Even though her company has evolved to meet the needs of the time, she still creates classical Indian Jewellery. 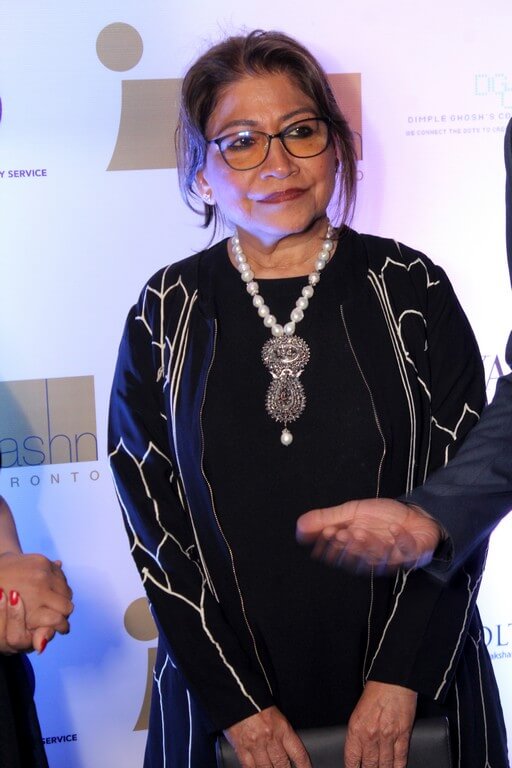 Hailing from Bombay, Nitya Arora finds inspiration in architecture and travelling. Under her brand name ‘Valliyan’, she creates not only exceptional jewellery but also handbags, headgear, etc. for a modern woman. Winner of Grazia Young Designers Award for Best Accessories and ‘Best Jewellery Design’ award in 2013 by Elle magazine, Nitya’s work has been worn by various celebrities and influential people. An expert in costume design jewellery, Nitya works with semi-precious stones, glass, crystals, metals, acrylic, wood and rare materials, with gold plating. 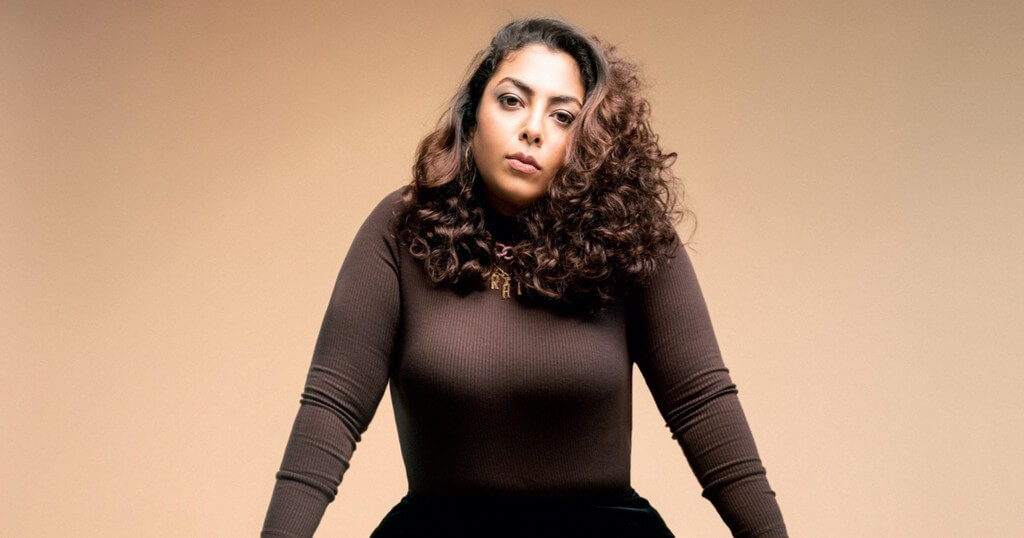 Based in New York, Amrita Singh creates work for the modern woman and her designs find inspiration in Mughal dynasty that are translated into pieces of wearable art. Her work is known for the infusion of the urban culture with traditional aesthetics. Having been celebrated by various Hollywood personalities, Amrita Singh has expanded her line to include handbags, scarves and other accessories that continue to create high-quality, creative and innovative designs for what she is known for.

Known as the first conceptual jewellery designer of India, Eina Ahluwalia retails luxury jewellery under her own name. Her work is made with sterling silver and semi-precious stones, and her work has been regularly shown at Lakme Fashion Week and in various international and national magazine. Her Kirpan Necklace has been featured in Lark Book Publishers collectors series ‘500 Art Necklaces’. 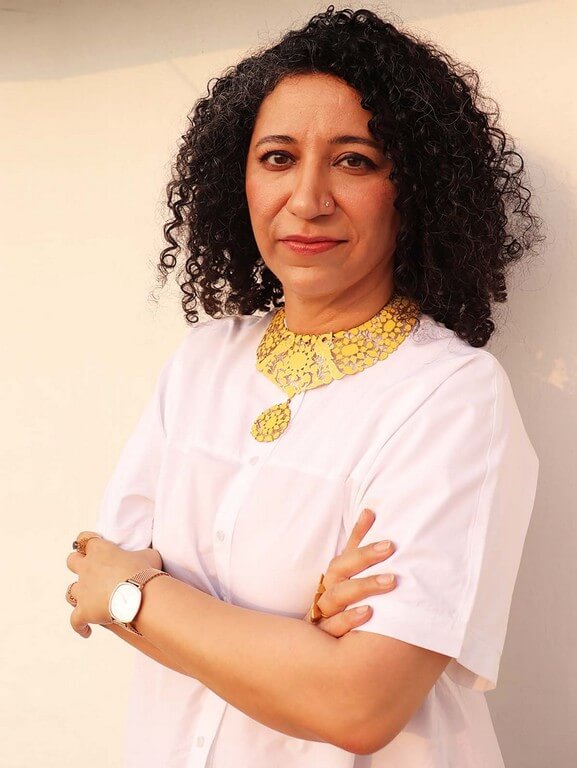 Jewellery designers not only celebrate the person wearing it, they honour the occasion as well. This is because jewellery has become synonymous with social and cultural events that happen in the country. Working with jewellery, one needs precision and expertise in handling material and in understanding their behaviour. As they are objects that come in smaller scale, and because they are worn on the body, interaction between the form and the nature of the material with the human body takes into consideration. Developing this sensitivity of the engagement between the body and tangible material is crucial for producing jewellery that is innovative, effective and responsive. The one-year Diploma in Fine Jewellery Design and the three-year B.Sc. in Jewellery Design offered by JD Institute of Fashion Technology foster these skills and develop the capability and aptitude to create jewellery that is relevant to the needs and demands of the current world. 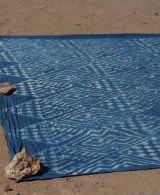 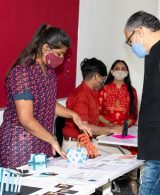