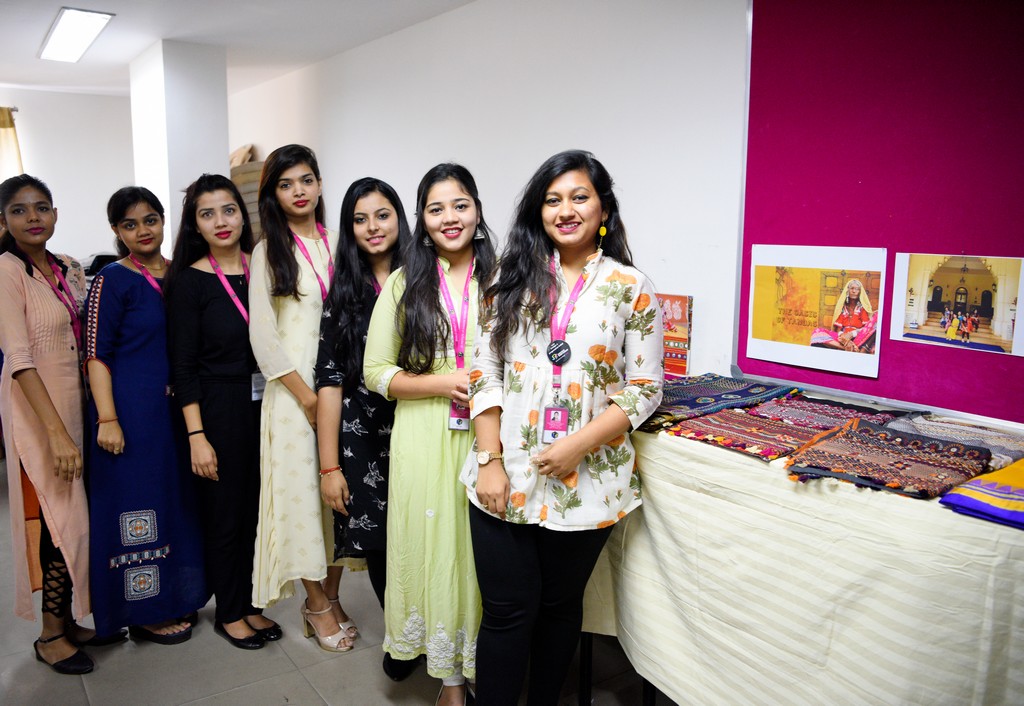 The students of Post-Graduation Diploma in Fashion Design and Business Management, of JD Institute of Fashion Technology, Bangalore batch were assigned to document the craft forms in India and then present their findings in the form of a display. Through this exercise they were able to understand the challenges faced by the artisans involved in the creating the craft forms and the reason behind a handful of practitioners. Since, it is a Business Management course, the objective was to let students determine areas of improvement or find ways to promote it by incorporating modern day aesthetics and techniques to stop the art from facing existential crisis.

The students were divided into 4 groups with 7 members in each. After identifying the crafts that they wanted to promote, the students visited the city of origin of the crafts to gain first-hand experience and learn the history and process of the form. The students covered craft forms from places like Kerala, Bellary (Sandur), Madurai and Thanjavur.

Ancient craft forms are handmade and take a lot of patience and care to be created, which the generation of today is not too keen to pursue. Hence, with very few practicing them, they have become a novelty to be enjoyed only by tourists. With a few handful of them remaining, the crafts are on the verge of dying. Some communities that practice these craft forms do not want to embrace technological advances and hence the younger generation is moving to cities in search of livelihood.

The following crafts were explored by the students:

Thse Oasis of the Tanda

Students Aashi Agarwal, Payal Baheti, Asha A. Jain, Ishika Chhawchharia, Harshita Bhadani, Varsha Gupta and Ayushi Jalan, visited Sandur in the Bellary district of Karnataka to document the artisanship of the Lambanis, a nomadic tribe known for their exquisite jewellery and colourfully embroidered garments. The artisans use around 30 different types of stitches in their embroidery, various kinds of motifs and 5 main blocks for block printing. Geometrical shapes like square, circle, rectangle and diamond are embroidered with contrasting coloured threads and decorated with shells, beads, mirrors and coins. However, lack of technological advancements are driving the youth out of the town to seek employment in cities, which has jeopardized the craft. With initiatives from organisations like Sandur Kushala Kala Kendra started by the Ghorpade family from funding received from their parent company called Sandur Manganese and Iron Ore Limited (SMIORE) has led to employment opportunities for the Lambanis and an attempt to save the art form. The centre has marketed the products in Karnataka and internationally as well.

Students, Mikhiya Anna Viju, Jacintha Pybus, Varsha Vijay CK, Shreya Agarwal, Varsha MV, Priya Pandey and Shahana AK, explored Vadakara, a coastal town in Kozhikode district in Kerala and met with the Vishwakarma community there, who are known to make coconut products from coconut shells. It was known for the quality of its agricultural produce like coffee, pepper, coconut etc. and hence became an important trade centre in the early 18th century. The students visited Mr. Aravindan also known as Chiratta Aravinda and Smt. Lakshmiamma who are known to carve out everyday items and spoons out of the coconut shell respectively. The students also paid a visit to Sargaalaya Arts and Craft Village in Iringal an initiative of Department of Tourism, Government of Kerala. Two craftsmen – Mr. Shanawas and Mr. Ashokan, in the arts and craft village work exclusively with the coconut shell and carve out household items and jewellery from coconut shells. The artisans stated that instead of using modern products made out of synthetic materials, products made of coconut shells can be used in our everyday lives.

Lekha Shree, Madhuri A, Sunanda Arava, Chandrakala, Gnana Madhuri, Divya and Anand Betala visited Madurai to learn about the art of making Sungudi by a handful of Saurashtrians who still continue to practice the craft. The saree is created through the use of natural dyes and is completely handmade. The students were taken through the process of creating the saree by Mr. AK Ramesh, Hon’ble Secretary, Federation of Tie and Dye Hand Printed Textile Cluster – SHG, few of the practitioners of Sungudi who is trying to revive and educate about the craft. In all there are only 120 artisans who practice this art. Sungudi has received GI (Geographical Indication) under the Government of India.

Though it is similar to Bandhani, the only differing factor, is that, Bandhani is done on georgette and silk, whereas sungudi is done only on cotton fabrics. Creating Sungudi is a laborious task and it takes 10 – 15 days to make one single saree. The other factor that affects the community is that the youngsters do not have patience for the labour intensive work and less pay. Hence, it is left to a handful Saurashtrian families to carry out the task.

Mr. AK Ramesh, who taught the students the craft, also came to pay them a visit along with his colleague, Mr. P. S. Ravikumar, Hon’ble Secretary, Federation of Tie and Dye Hand Printed Textile Cluster – SHG their display during his visit to Bangalore.

Adithya S. Bharadwaj, Anusha V. Reddy, Deepali R. Alappanavar, Esha Kaul, Misba Afreen, Ramya MJ and Shreya Balial explored Thanjavur to learn about the famous bobblehead dolls – Thanjavur Gundusatti Bommai. Though Thanjavur is famous for its Thanjavur or Tanjore paintings, the students were determined to bring the focus on the bobbing head dolls and its origin. The dolls were created on the concept of gravitation and oscillation. There are only 10 artisans that practice this craft. The dolls are symbolic to Thanjavur and are not found outside and available in the market opposite the temple. The dolls have been recognized as a GI (Geographical Indication) by the Government of India. This indication also helps to gain recognition in other parts of the world. The students were able to identify the reason for the lack of younger generations being way of taking up these traditional craft forms as professions.

The purpose of the activity helped the students to understand the need to safeguard these craft forms, as they are not only intrinsic to our cultural heritage but also a way of life for the artisans involved in creating them. 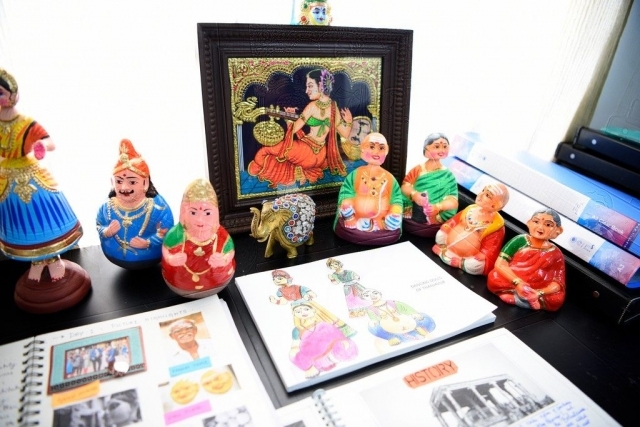 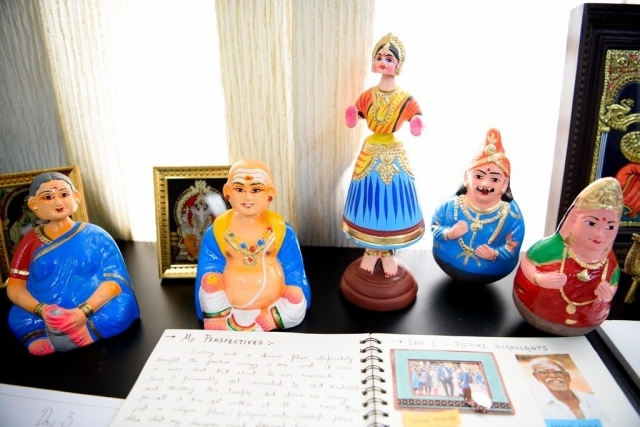 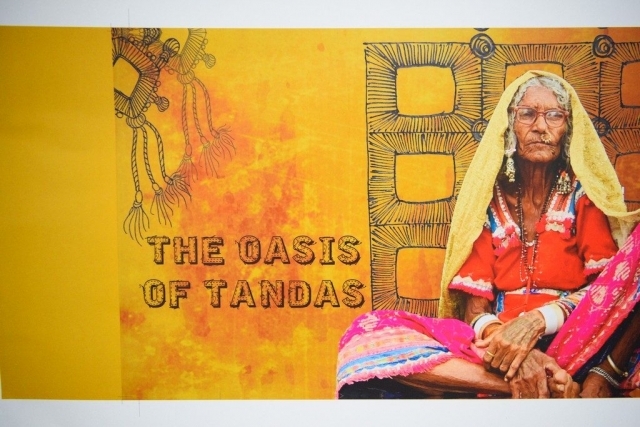 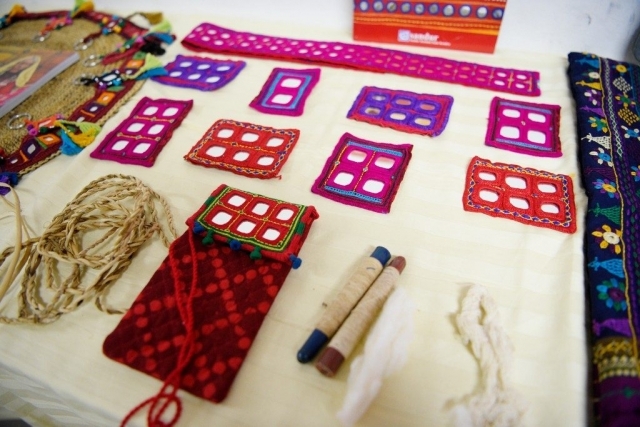 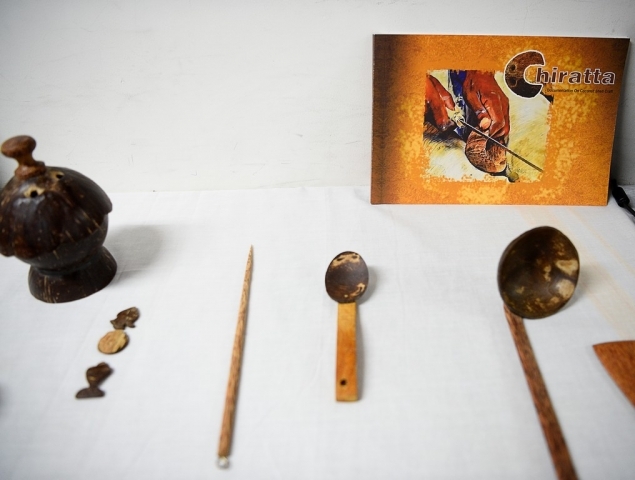 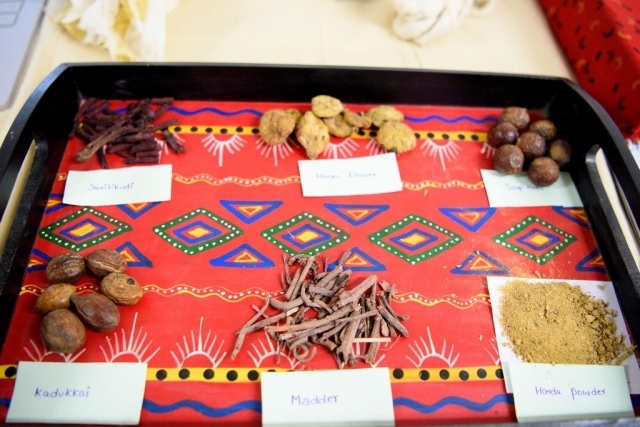 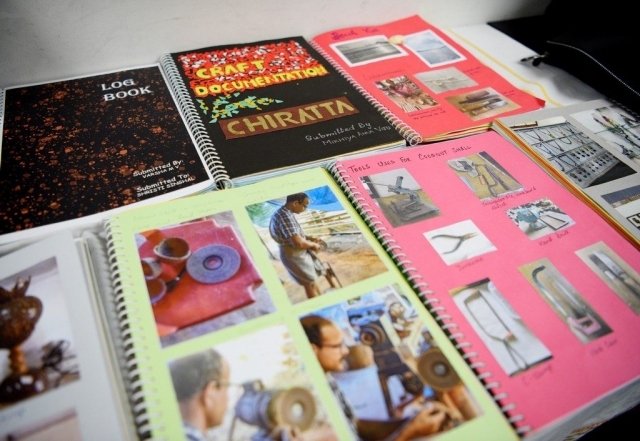 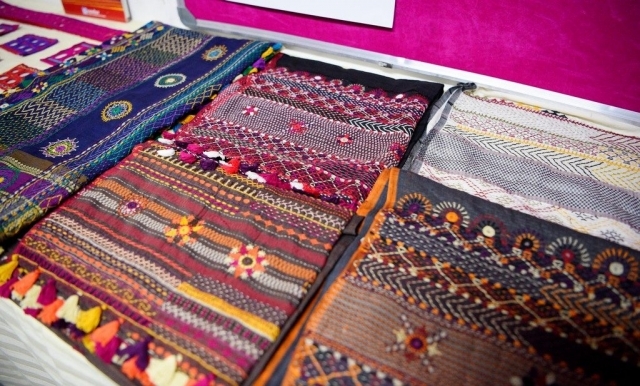 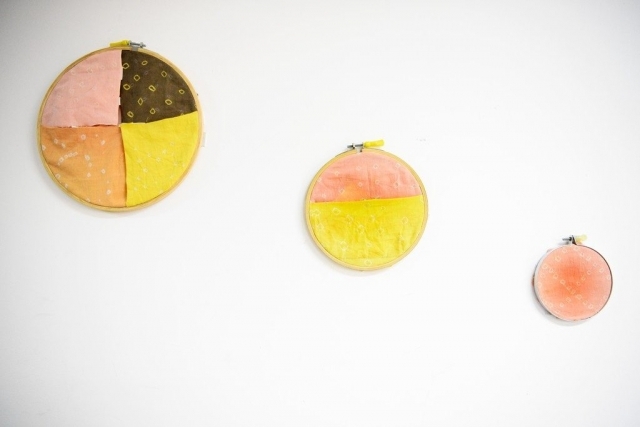 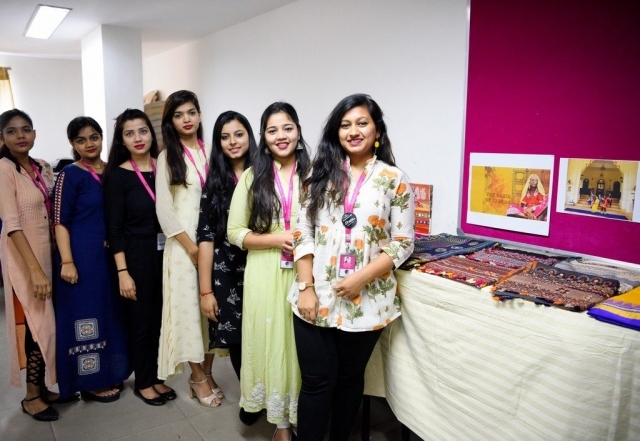 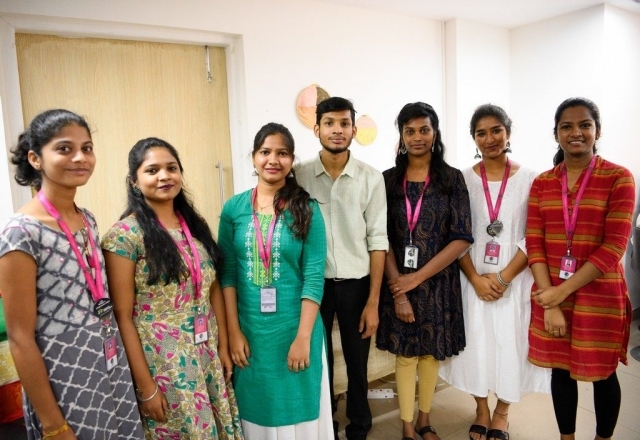 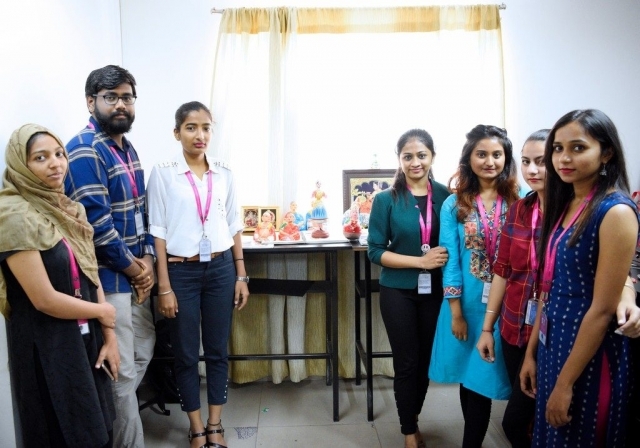 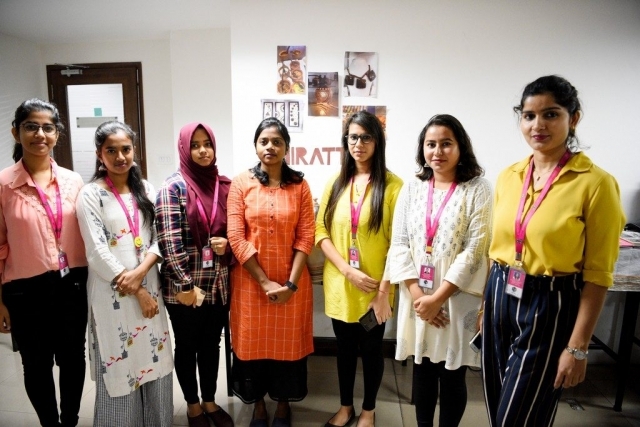 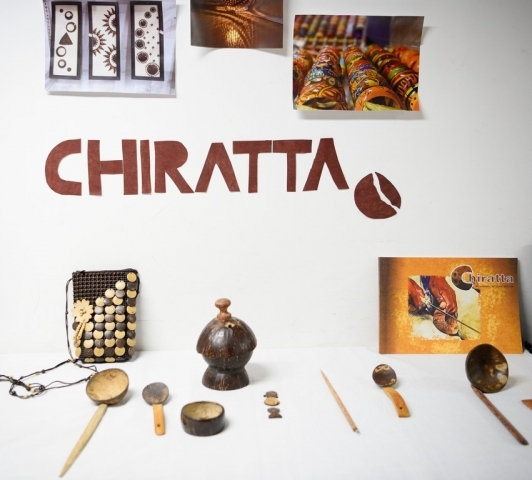 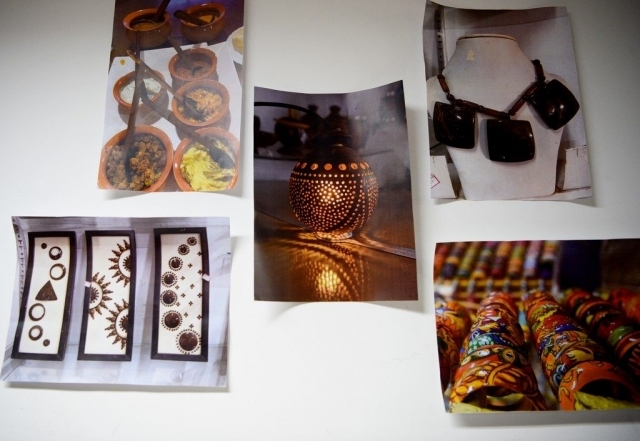 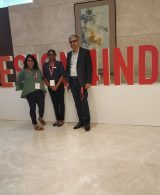 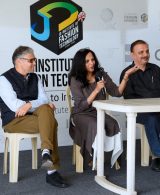