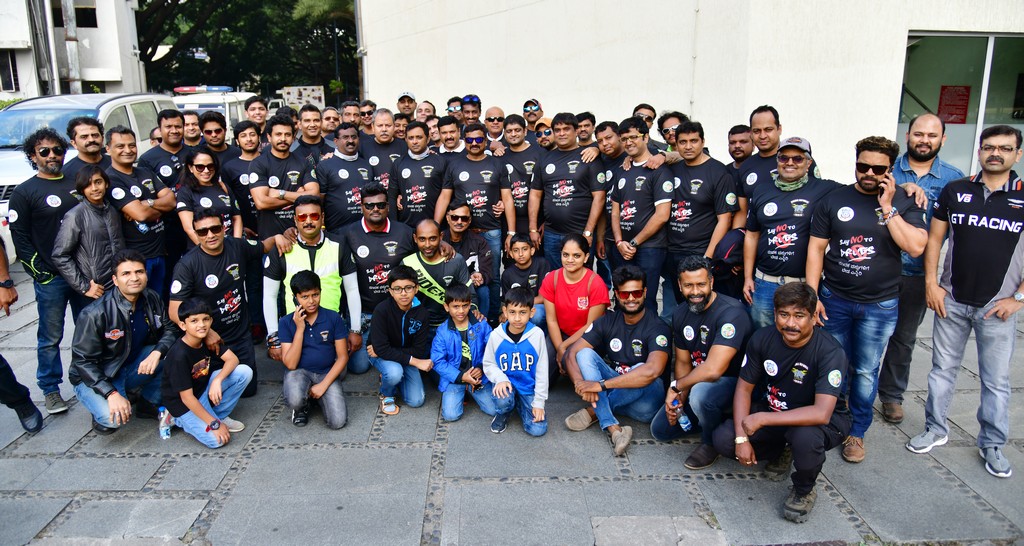 Drug abuse is one of the biggest social evils to affect societies in numbers today. And the sad part is that even though millions of people are suffering from its side effects; still there are individuals who indulge in it more. We usually see this in today’s youth who get carried away easily and are attracted towards drugs. Well, this should not happen. Riders Republic Motorcycle Club in association with Bangalore City police, The Hindu Group and JD Institute of Fashion Technology pulled out an anti-drug bike rally in Bangalore. The Rally was an effort to create awareness about the drug injuries and to educate young breed of our nation to stay away from drugs. 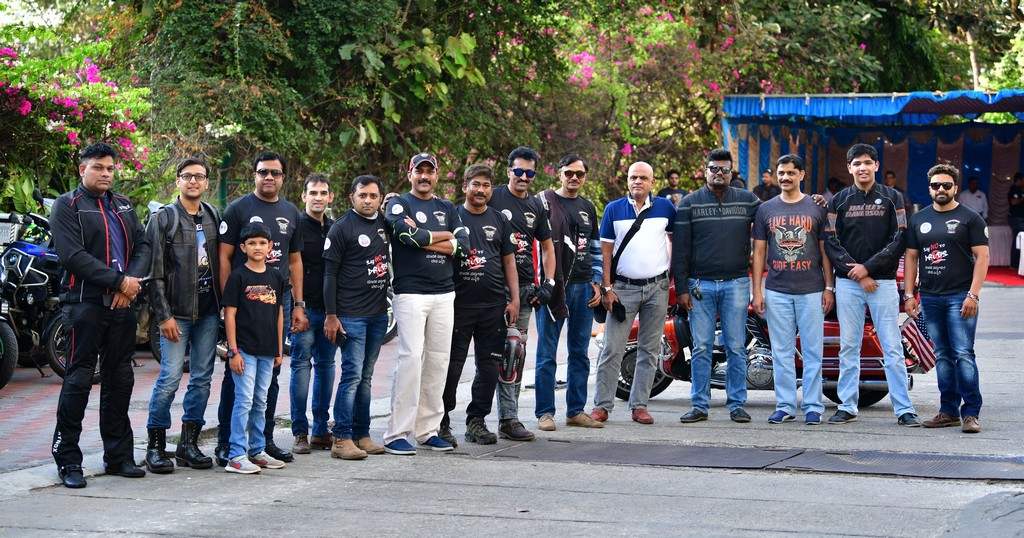 The Rally commenced by welcoming the riders. Sri M Nanjundaswammy, IPS, Additional Commissioner of Police (administrator) inaugurated the event and rode along with the troupe to create awareness for the same. About 100 riders took part in the rally, which started at 8:30 AM from UB City to Kempegowda International Airport road. During the course of the rally, the riders went through Ulsoor metro station, Richmond circle, corporation and major areas of the city. 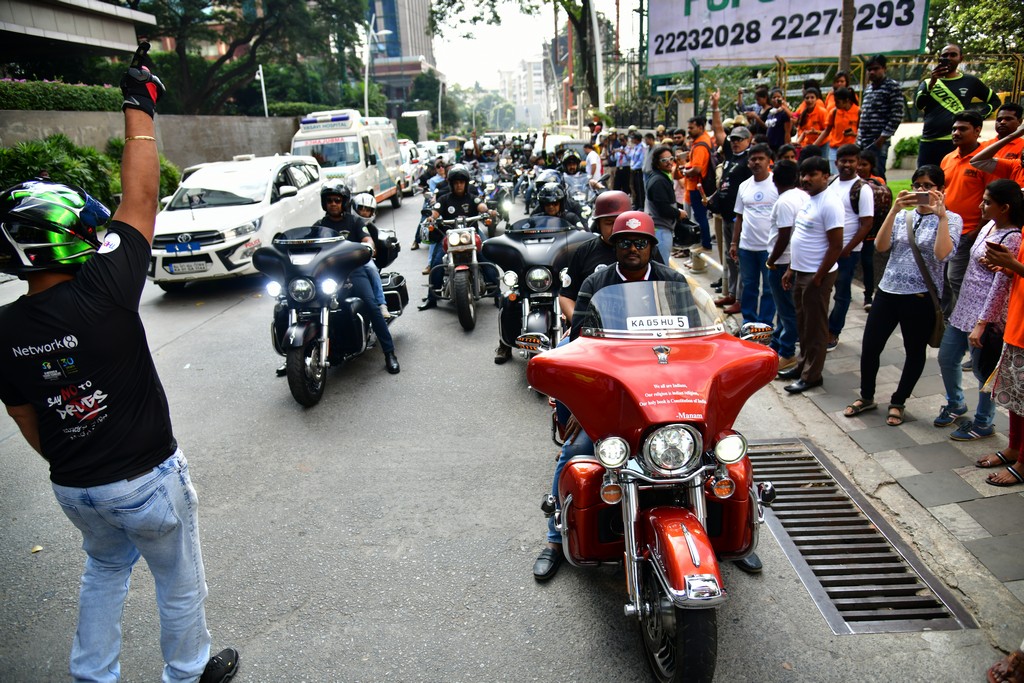 The Rally ended at ‘The Hindu Auto Expo 2018’ at Palace ground and all the riders along with Sri M Nanjundaswammy, IPS, and Additional Commissioner of Police was enthusiastic to spread the message “Say No to Drugs” across. Apart from this, there were 8 RRMC riders who travelled 1600 km on Saturday night to spread the message for same. 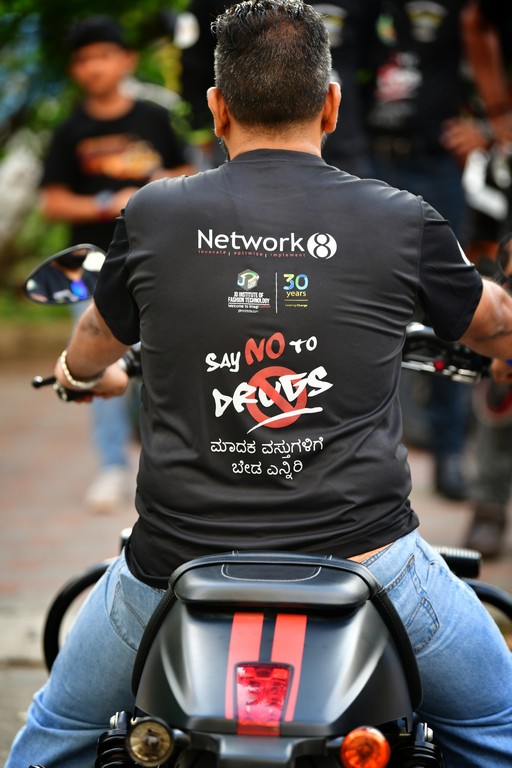 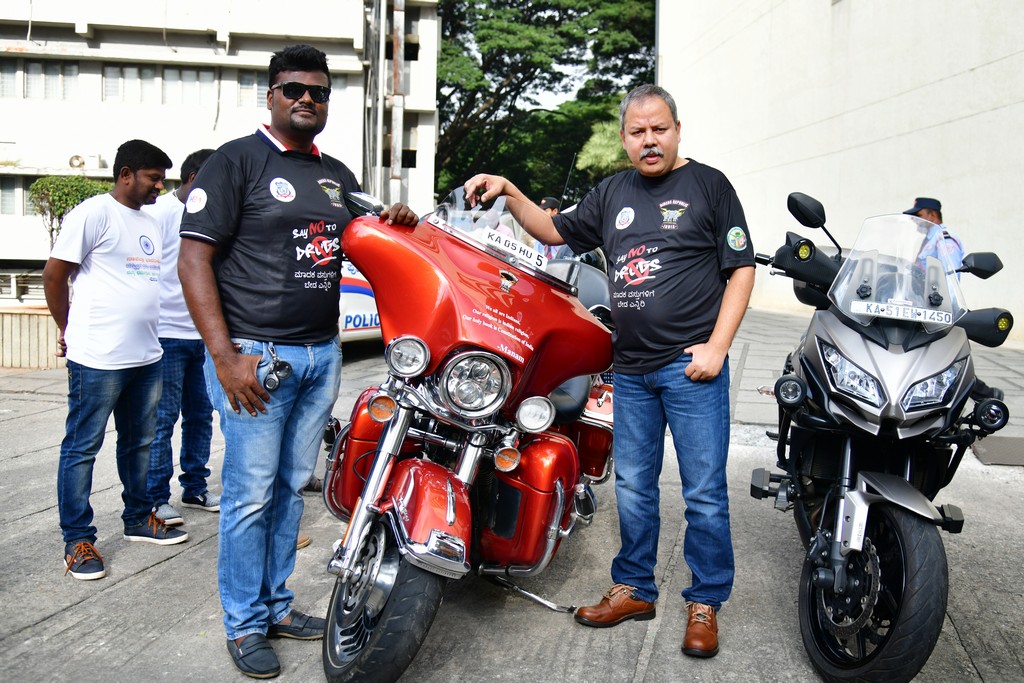 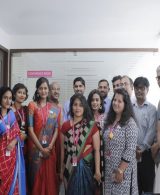 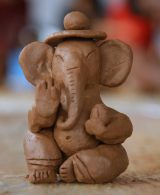