Chére Paris, we miss you! Students take on their Parisian Imagination Journey 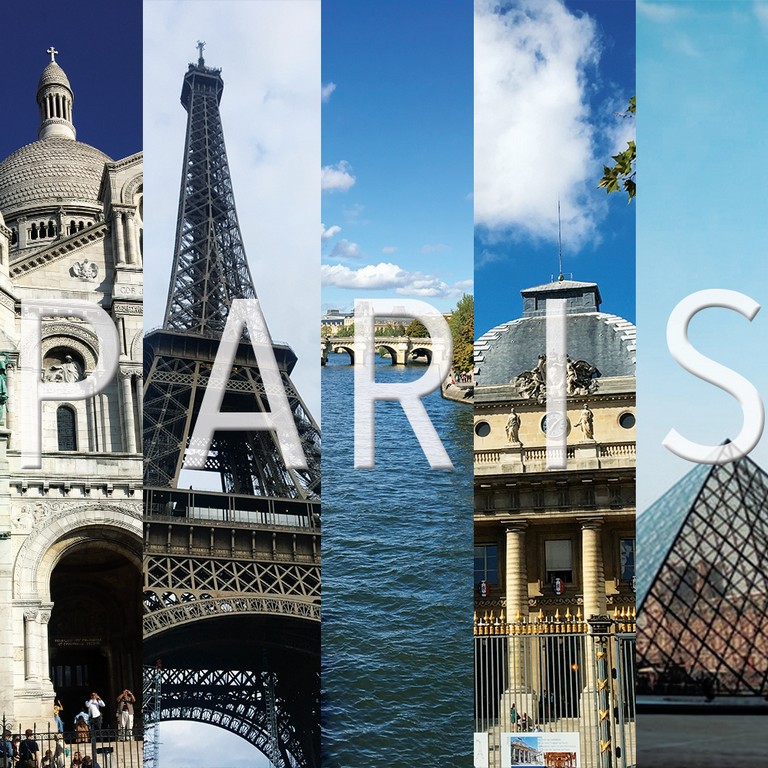 JD Institute of Fashion Technology’s “Imagination Journey” is a curated trip to take us out from our comfort zone and provide us with an international exposure which is detrimental to develop a wider mindset. Our first stop towards our creative journey was the city of love, romance and luxury shopping – Paris.

The city has long been the muse for artists and creative people alike. A hub of luxury fashion; a hotspot of art and culture; mouth-watering delicacies etc. has charmed even the hardened cynics. Despite modernization around it, it was humbling to see the city’s architecture which still holds its ancient charm with notable examples from every period.

Having observed the charm of the city from the virtual world, it was a treat to experience it firsthand. The perfected signature nonchalant style of the Parisians is inimitable and we have aspired one too many times to emulate this effortlessness. Since the trip was in winter, we had layered up to keep warm and style was most definitely not a factor given the circumstances. However, we were proven wrong by the Parisian fashionable brigade, who taught us that fashion can never take a back seat no matter what the weather. The Parisians take on winter wear, is to be free from bulk, yet add touches of layering that makes a statement, while staying comfortable. The colourful berets to warm fuzzy fur coats, coupled with the trendiest fashion style were duly noted. 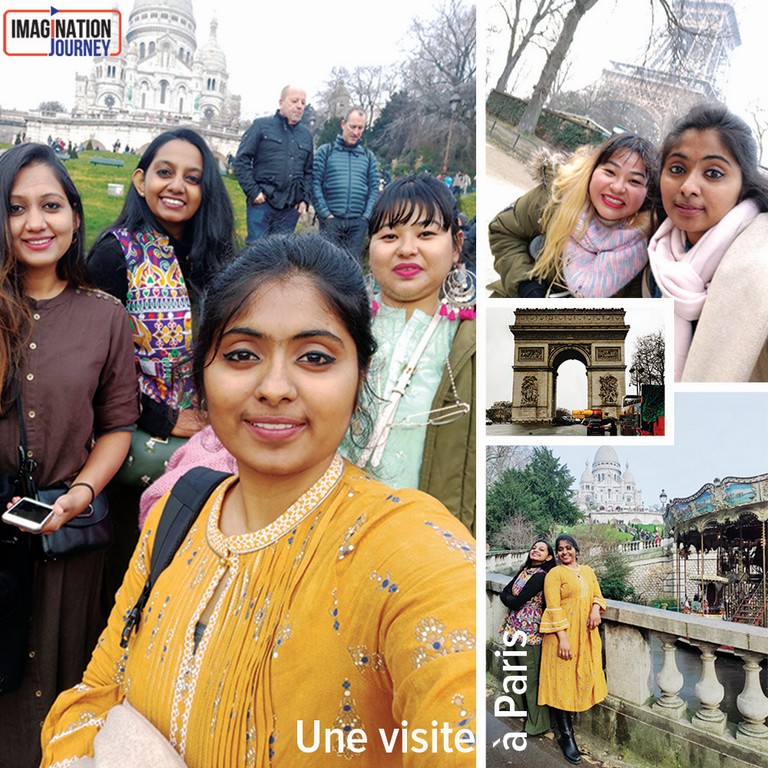 The trip gave us an opportunity to explore and observe the many marvels of Paris. We enjoyed a hop on and hop off river cruise along the River Seine, admiring the monuments that lined its banks. Among them were, Musee d’Orsay, based on the left bank of the Seine that houses the largest collection of Impressionist and Post-Impressionist masterpieces in the world. Jardin des Plantes, along the left bank of River Seine, is one of the main botanical garden of France. It comprises of buildings containing specimens’ collection, archives, libraries, greenhouses, a zoo and works of art. The structure that most often forms the backdrop of romantic proposals and confessions of love – Eiffel Tower, helped us cease a moment of magical wonderment. It is a modern architecture that allows to enjoy the view of the city. This enduring symbol of Paris is located at the center of the city. Louvre Museum, one of the largest art museums in the world houses works of celebrated artists. Among its notable housed works are Mona Lisa and Venus of Milo.  The museum formed the topic of a conspiracy mentioned in the famed fiction novel Da Vinci Code written by Dan Brown. 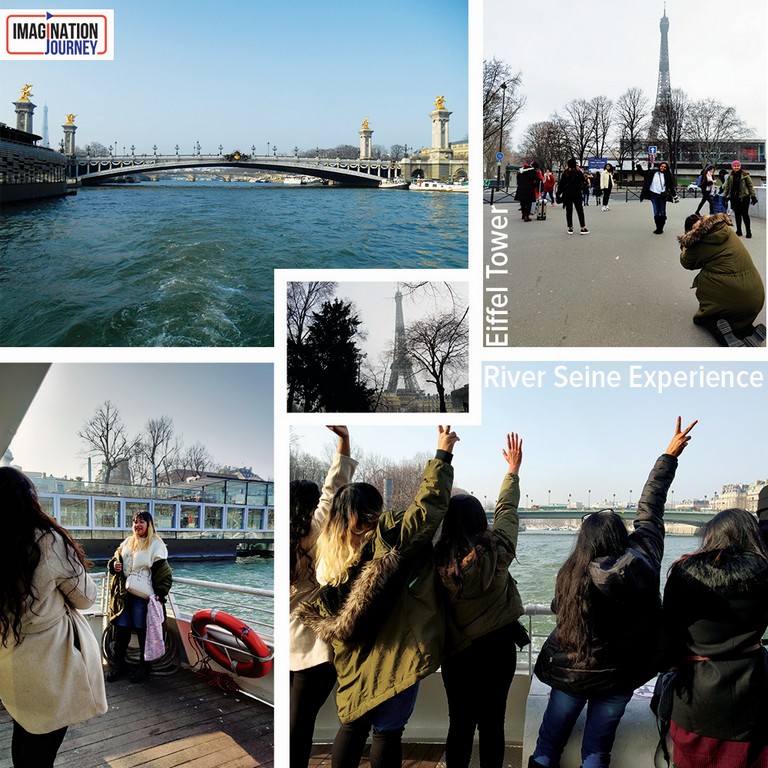 We visited sacred Sacré-Cœur, a Roman Catholic Church and minor Basilica, dedicated to the Sacred Heart of Jesus. A popular landmark and the second most visited monument in Paris. Post that, we explored various streets around Sacre-Coeur to enjoy delectable French food and the food alongwith some delectable sea food at a sea food festival at one of the streets near the church and indulged in some retail therapy. The Notre Dame Cathedral, a medieval Catholic Church known for its Gothic architecture and is renowned for its mention in the popular novel – Hunchback of Notre Dame. 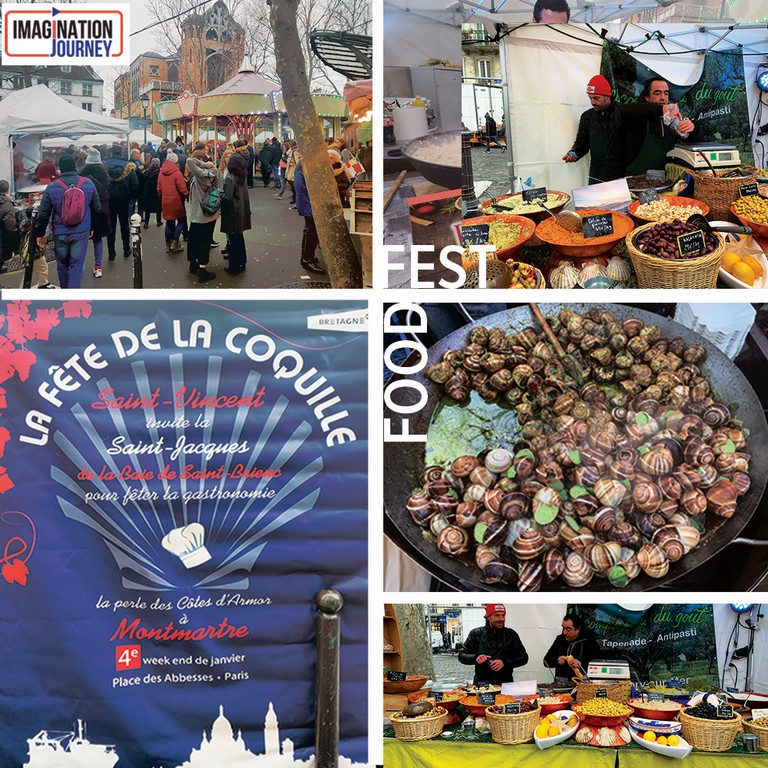 Upscale shopping, eateries, theatres were lined in Saint Germain des Pres Quarter and the famed Champs-Élysées where the Arc de Triomphe is located.  It is a landmark that commemorates French military victories and French soldiers who have died in battle, is also must-visit.

Apart from being a gateway to fashion, the stores in Paris form a visual merchandisers dream with skillfully designed displays which are admirable due to their sheer artistic brilliance. It was an experience that involved all the senses and provided a creative stimulation for us. It was everything and more that we imagined – Until then – jusqu’à ce que nous nous revoyions! 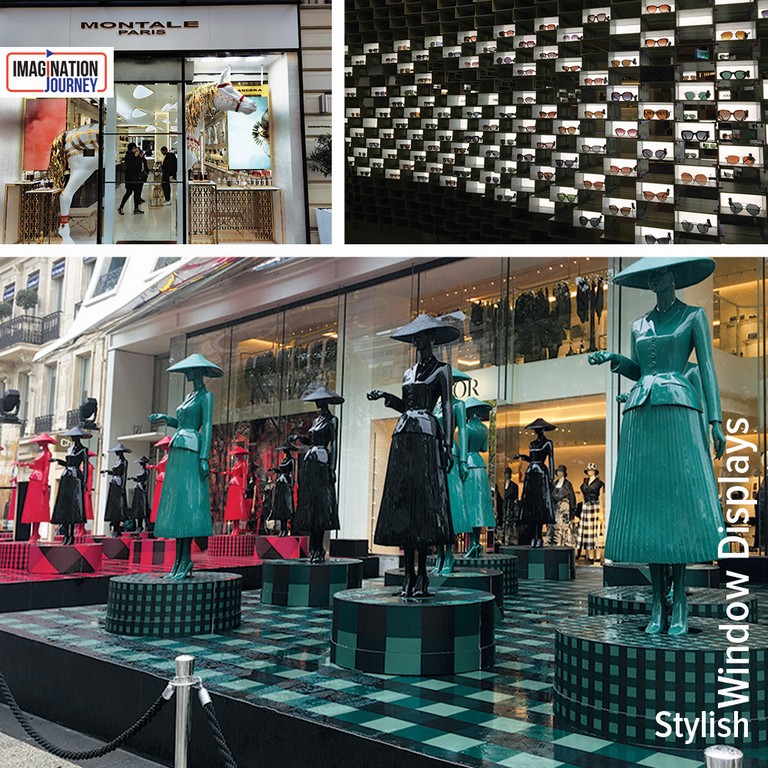 Chére Paris! We miss You Students take on their Parisian Imagination Journey 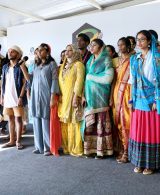