INDIAN FASHION ON A GLOBAL STAGE 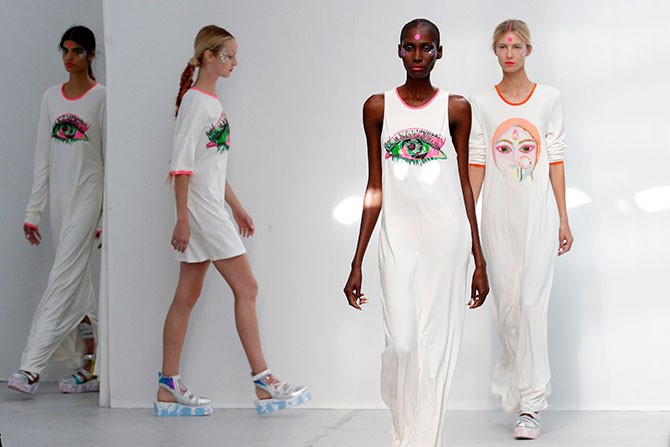 INDIAN FASHION ON A GLOBAL STAGE

India has been the land of rich textiles and exemplary artistry which is evident in its exquisite garments. Hollywood for long, have featured Indian designs in their movies as being loud. International recognition pervaded Indian designers for quite long. With globalization and having access to various resources at the tap of a finger, a well-travelled and well-heeled designer has become more aware to help make their reach widespread. 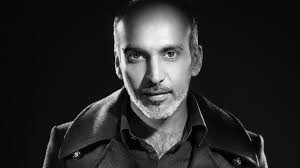 Manish Arora is the only Indian designer, who has been a fixture at the Paris Fashion Week, since the last 10 years. He is a “mad genius” whose design aesthetics is wild with a burst of vibrant colours that have traditional Indian embroidery, applique and beading with Western silhouettes. Arora’s style does not adhere to conformism. His women are strong, not afraid to enjoy themselves and the clothes are an extension of their personality. This is the very reason that has appealed him to the west.

Apart from making waves on the runways, his designs are donned by International celebrities like Katy Perry, who wore the Carousel dress from his Spring/ Summer 2009 collection for the MTV European Music Awards in June 2009. Nicki Minaj donned his creation for the American Music Awards in 2010; to name a few.

Manish Arora, is also a member of the distinguished French federation, Chambre Syndicale du Prêt à Porter des Couturiers. Arora was also the Creative Director for the French fashion house Paco Rabanne, however he gave up this position in May 2012, to concentrate on his own brand. 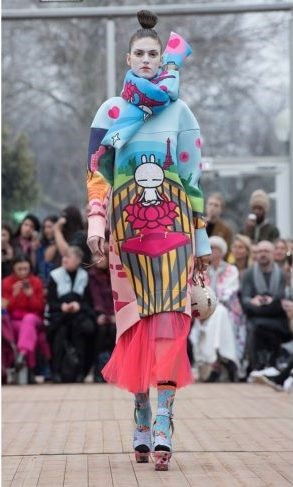 Paris Fashion Week – Fall 2018 collection by Manish Arora is inspired by a state of Zen.

The Lotus in the Indian philosophy is a symbol of Purity, Spontaneity and Divine Beauty. 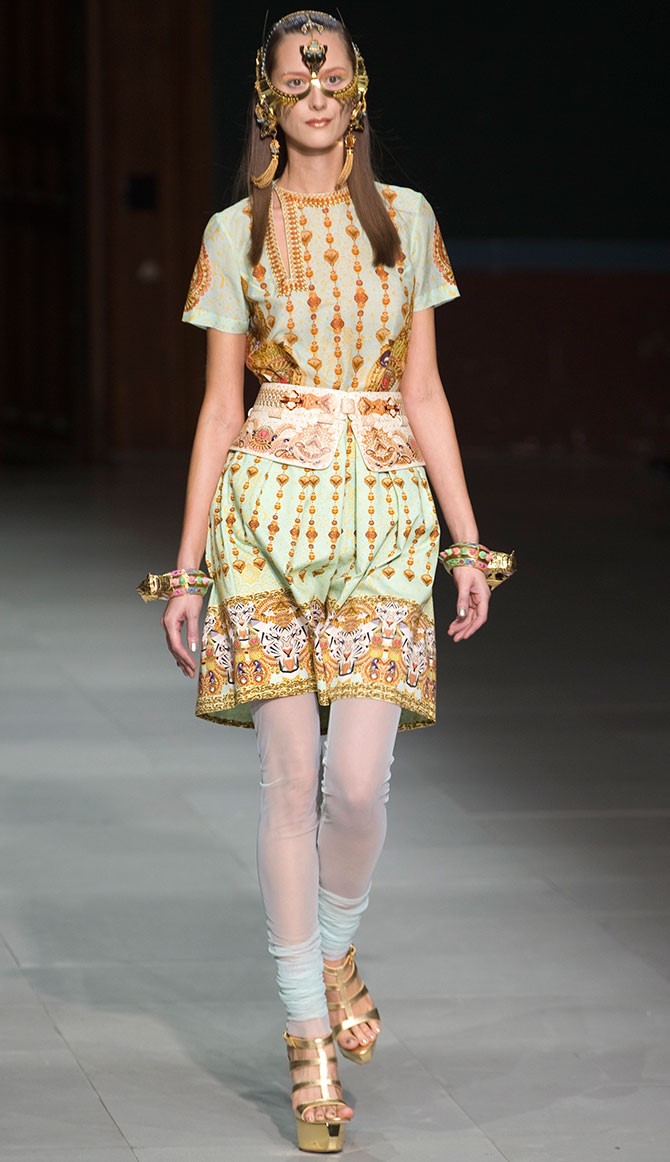 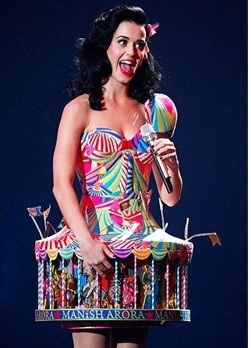 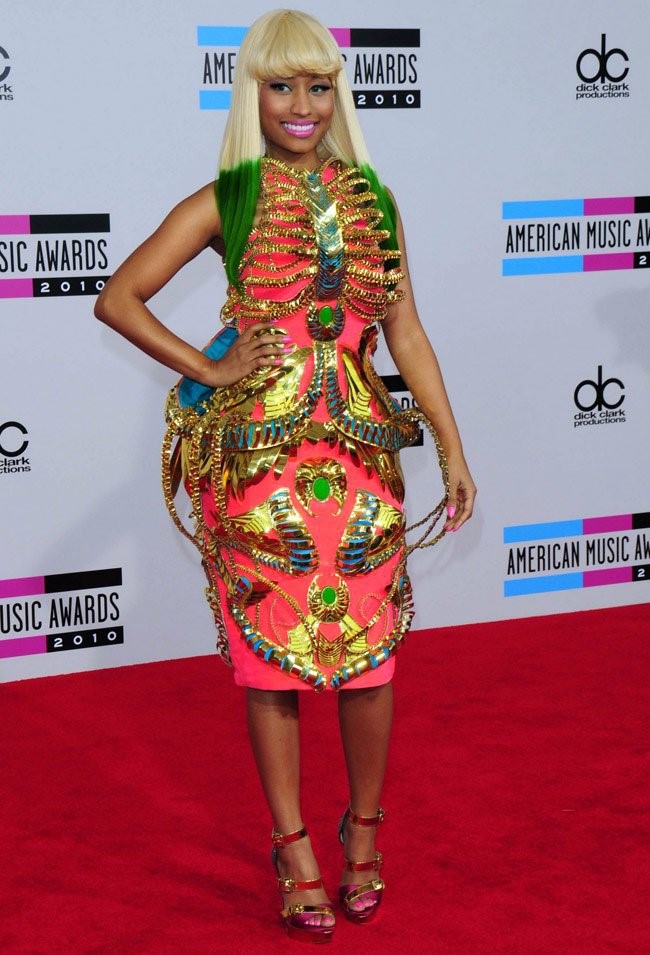 Nicki Minaj in a Manish Arora for the American Music Awards in 2010. 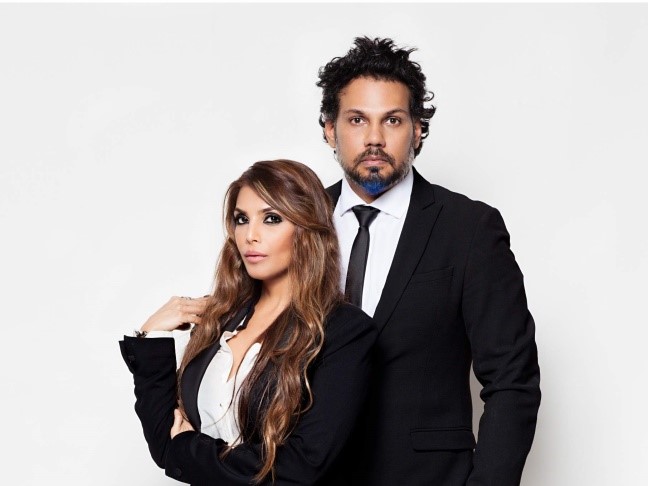 The husband and wife duo of Falguni and Shane Peacock, have not only showcased their designs on international runways but have also dressed up international celebrities like Fergie, Kerry Washington, Lady Gaga and Beyonce. Apart from running a successful fashion house in India, they also cater to an international clientele and also have international stores. Their design aesthetics are edgy, sexy and classy at the same time along with having elements of eclecticism. Their work also has a lot of beads, sequins and feathers. They have showcased their work at New York Fashion week. 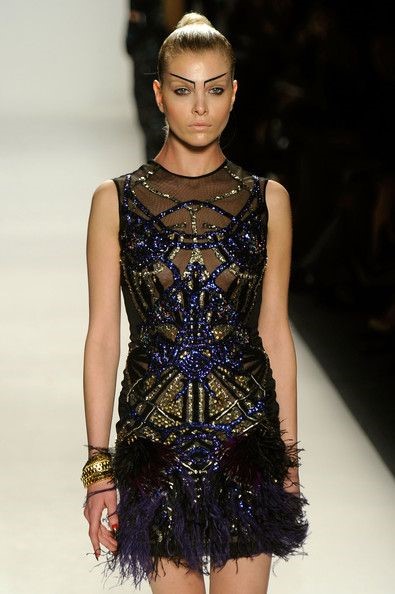 The collection was inspired by the theme “Darkness”. It focuses on black pops of white and some incorporated coloured prints mixed with the dark colours. The complex and sophisticated embroidery and sequins made the collection stand out. 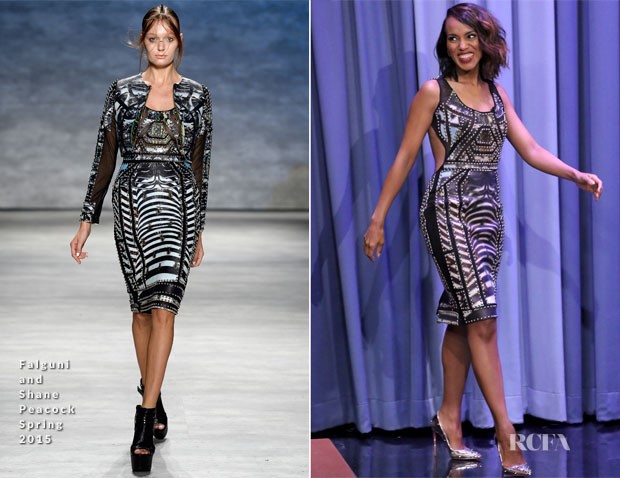 Actress Kerry Washington donned a Falguni and Shane Peacock for the Tonight Show with Jimmy Fallon from their Spring 2015 New York Fashion Week. 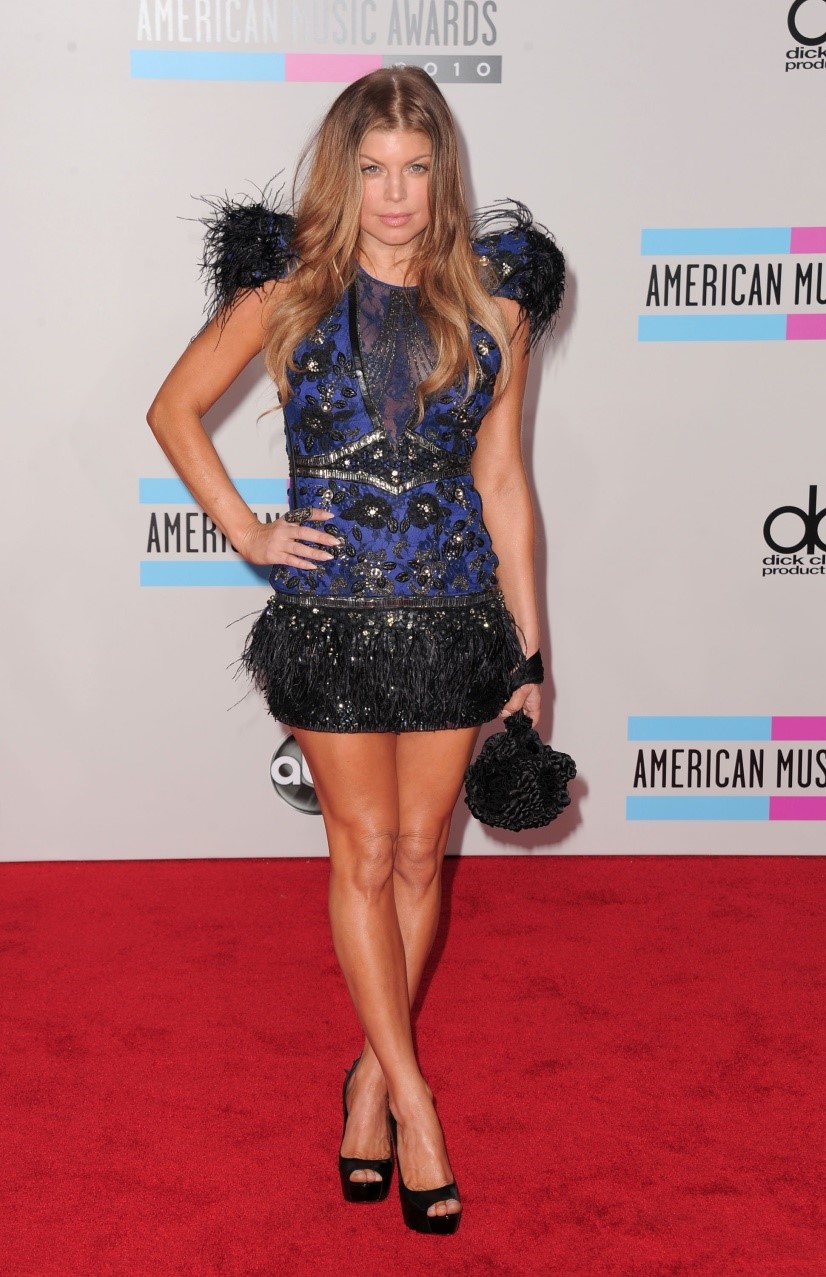 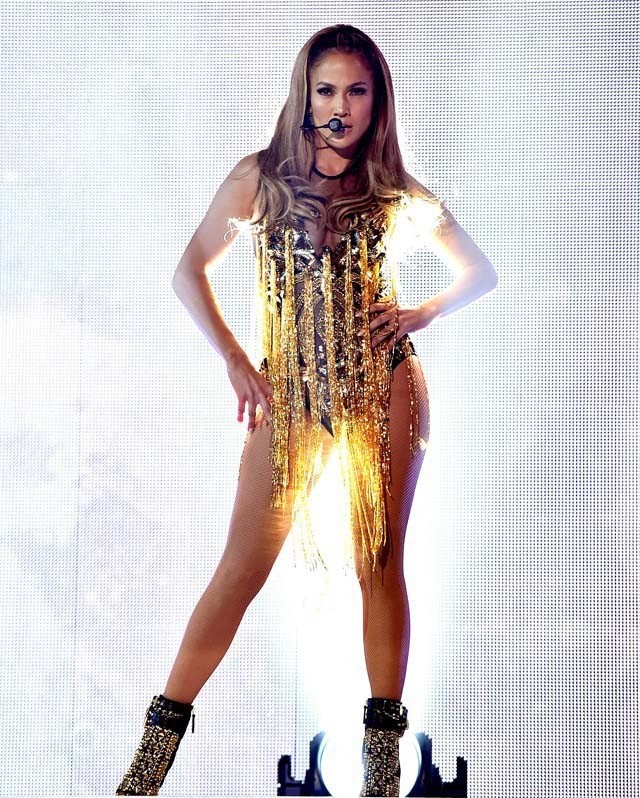 Jennifer Lopez, in a Falguni and Shane Peacock, for her performance at the Billboard 2014 Music Awards in Las Vegas. 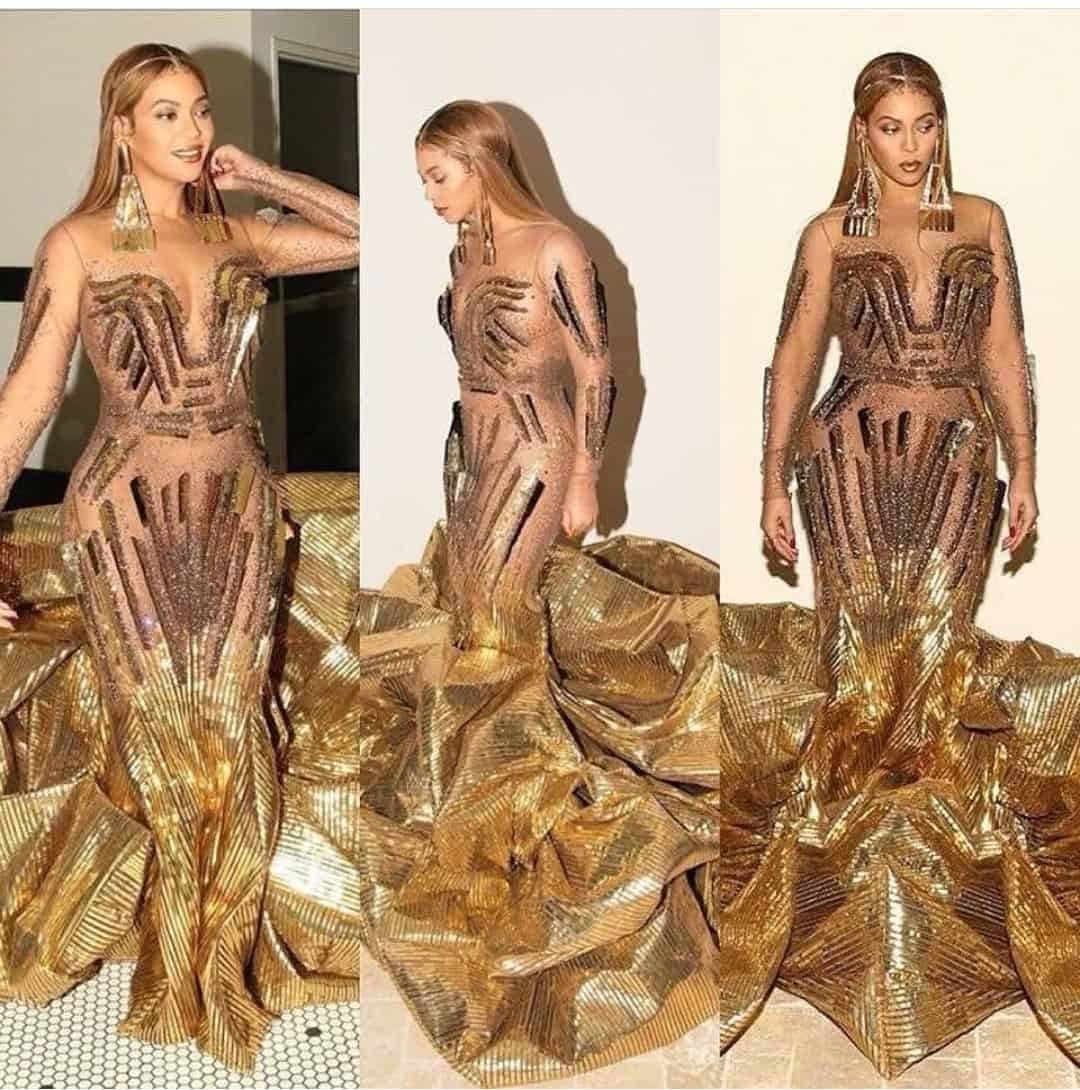 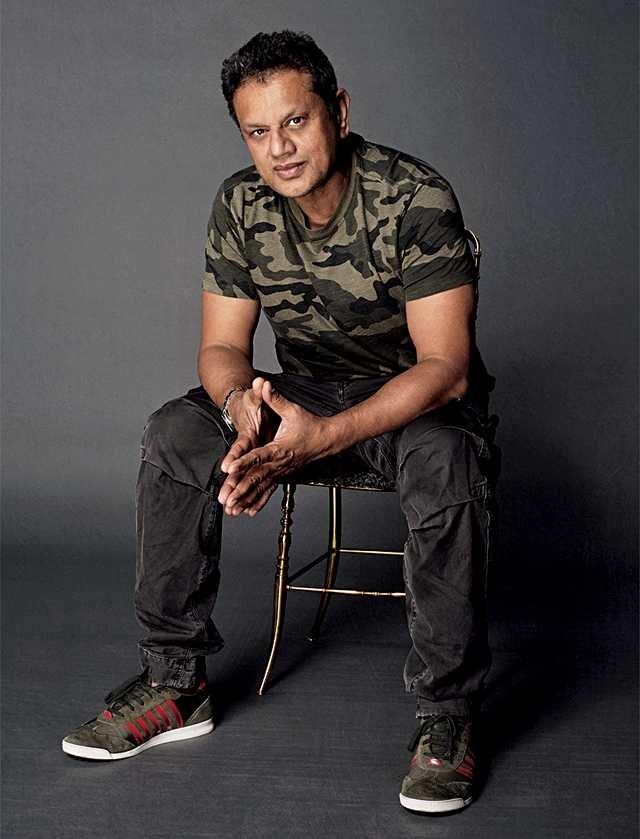 Naeem Khan’s learning ground and his knowledge of textiles stems from his father and grandfather who designed intricate clothing worn by Indian royal families. He went to do his apprenticeship for American designer Halston. The two colliding worlds of traditional what he grew up watching and learning back home, to the modern silhouettes of the west, molded him to create his own distinct style of clean, elegant and timeless pieces.

His collections have been worn by the Former First Lady, Michelle Obama, Actress Emily Blunt and Jennifer Lopez to name a few. 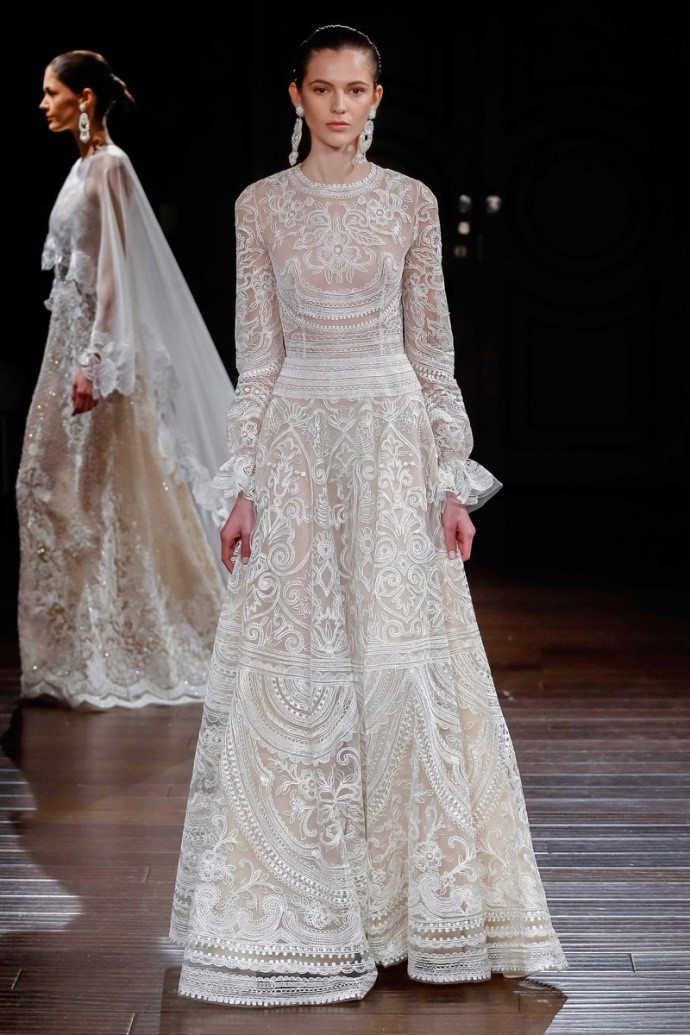 Inspiration was “Cultures of the world” 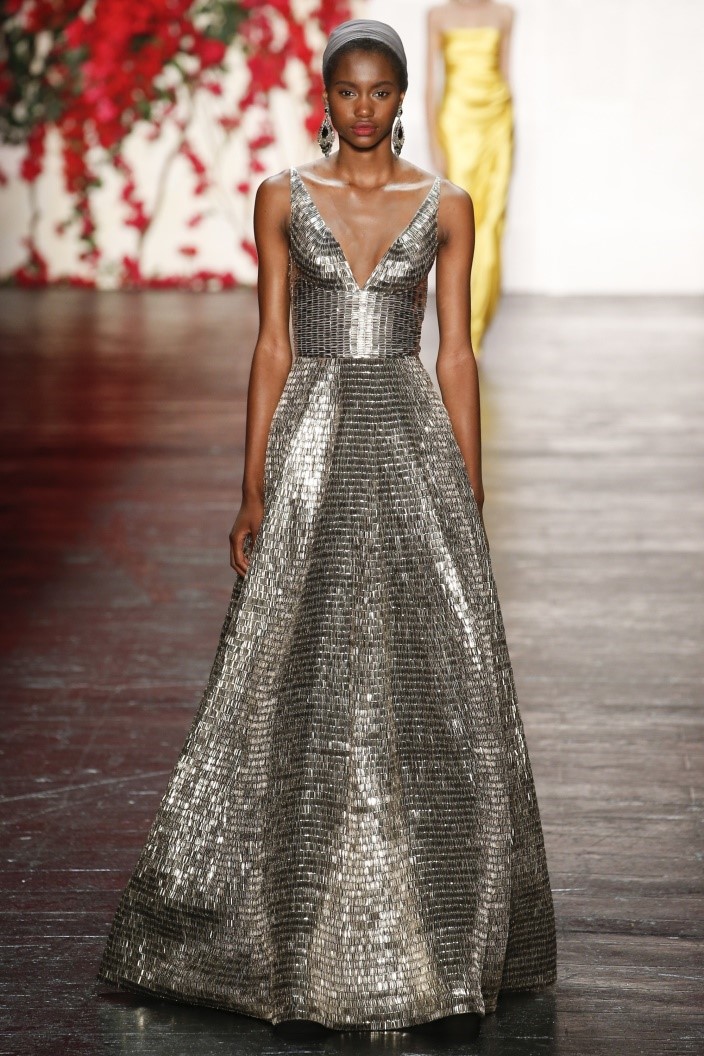 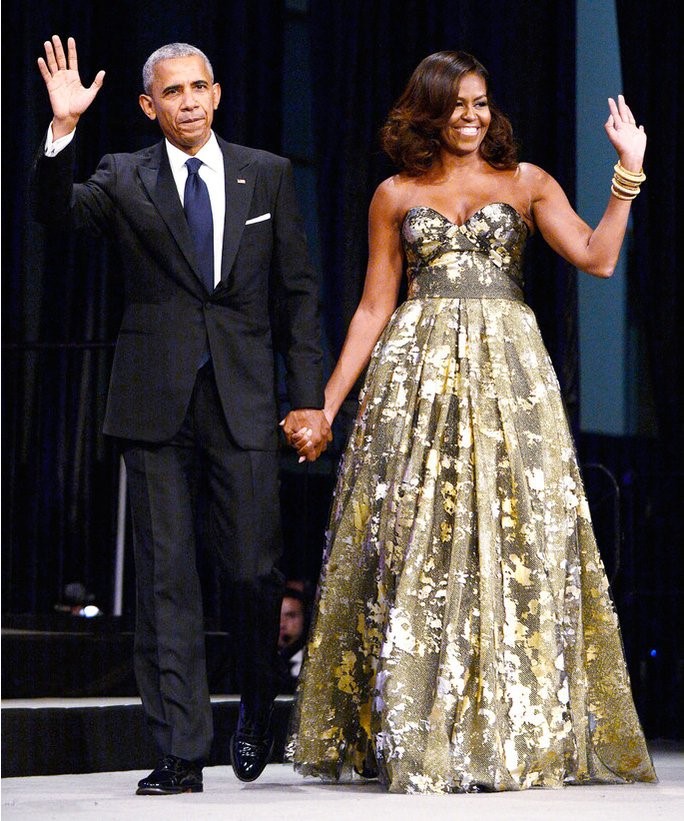 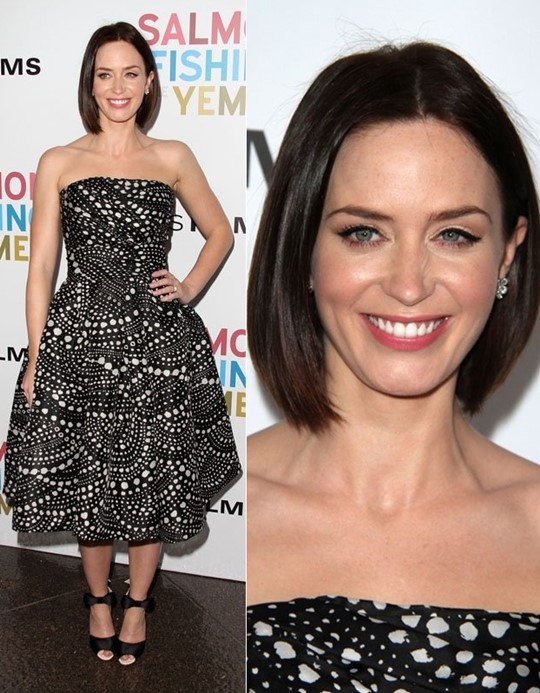 Emily Blunt in a Naeem Khan at a movie premier. 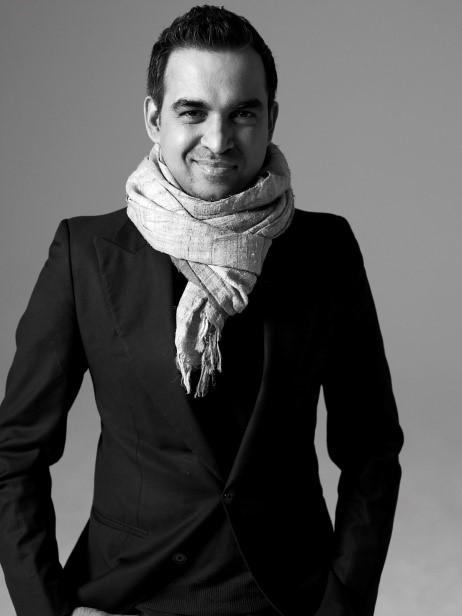 Bibu Mohapatra is an Indian Fashion Designer based in New York and is currently making waves with his modern with a bit of traditional touch aesthetics. He graduated from Fashion Institute of Technology, New York in 2009. Post his graduation he was hired by the iconic French furrier J. Mendel.

Mohapatra gave up his position at J. Mendel to work on his own label. He custom designed couture evening gowns, cocktail dresses and furs for a select group of private clients in New York, Europe and India.

He came into prominence when former First Lady Michelle Obama wore his creation for her India visit. 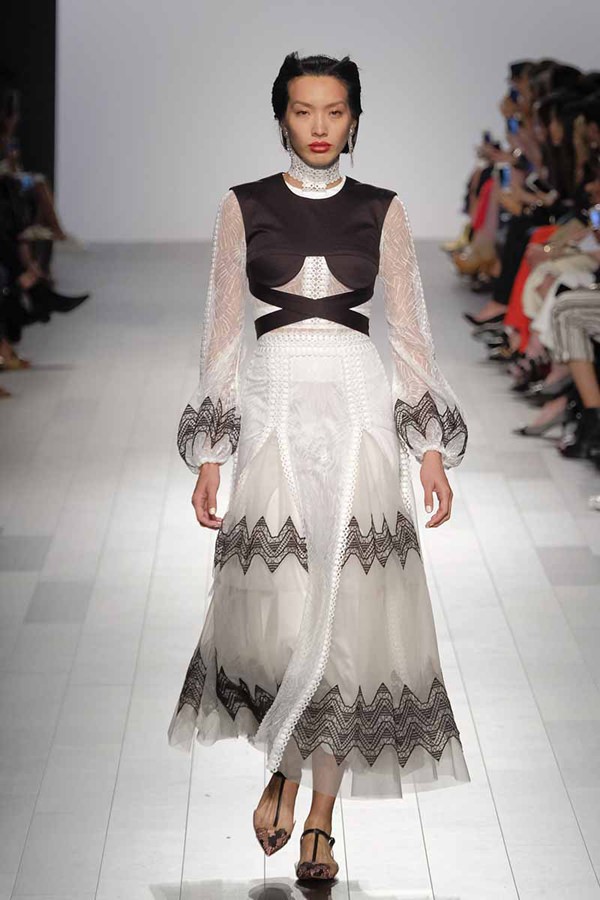 Inspiration from art and life in traditional Eastern Asia 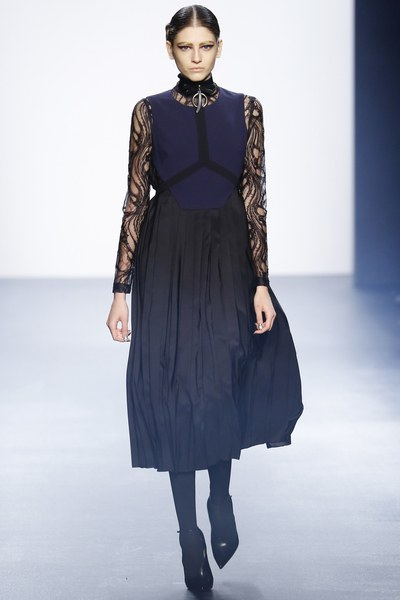 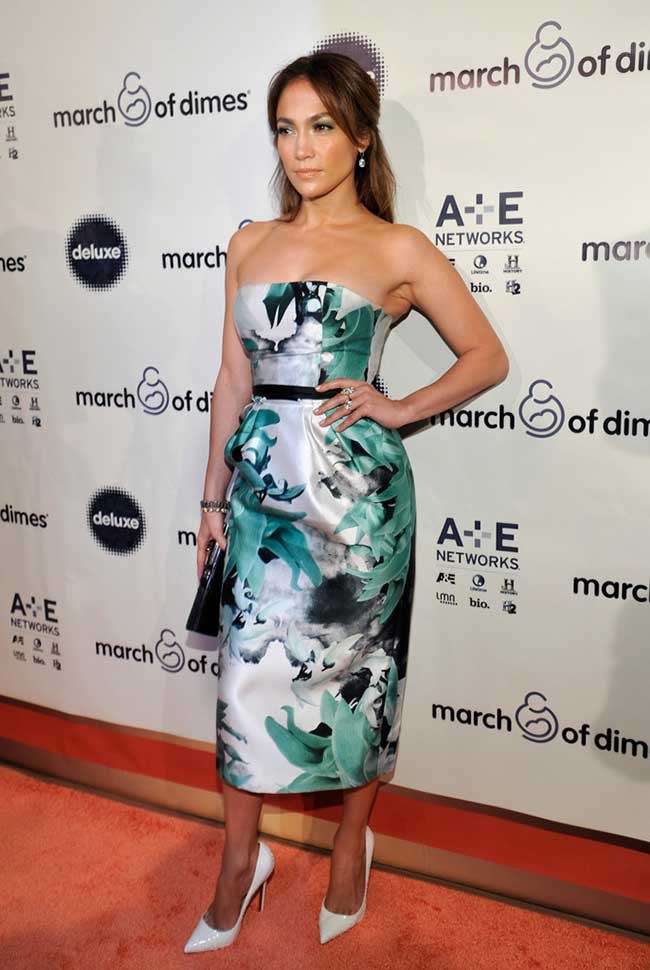 Jennifer Lopez in a Bibhu Mohapatra  at March of Dimes celebration. 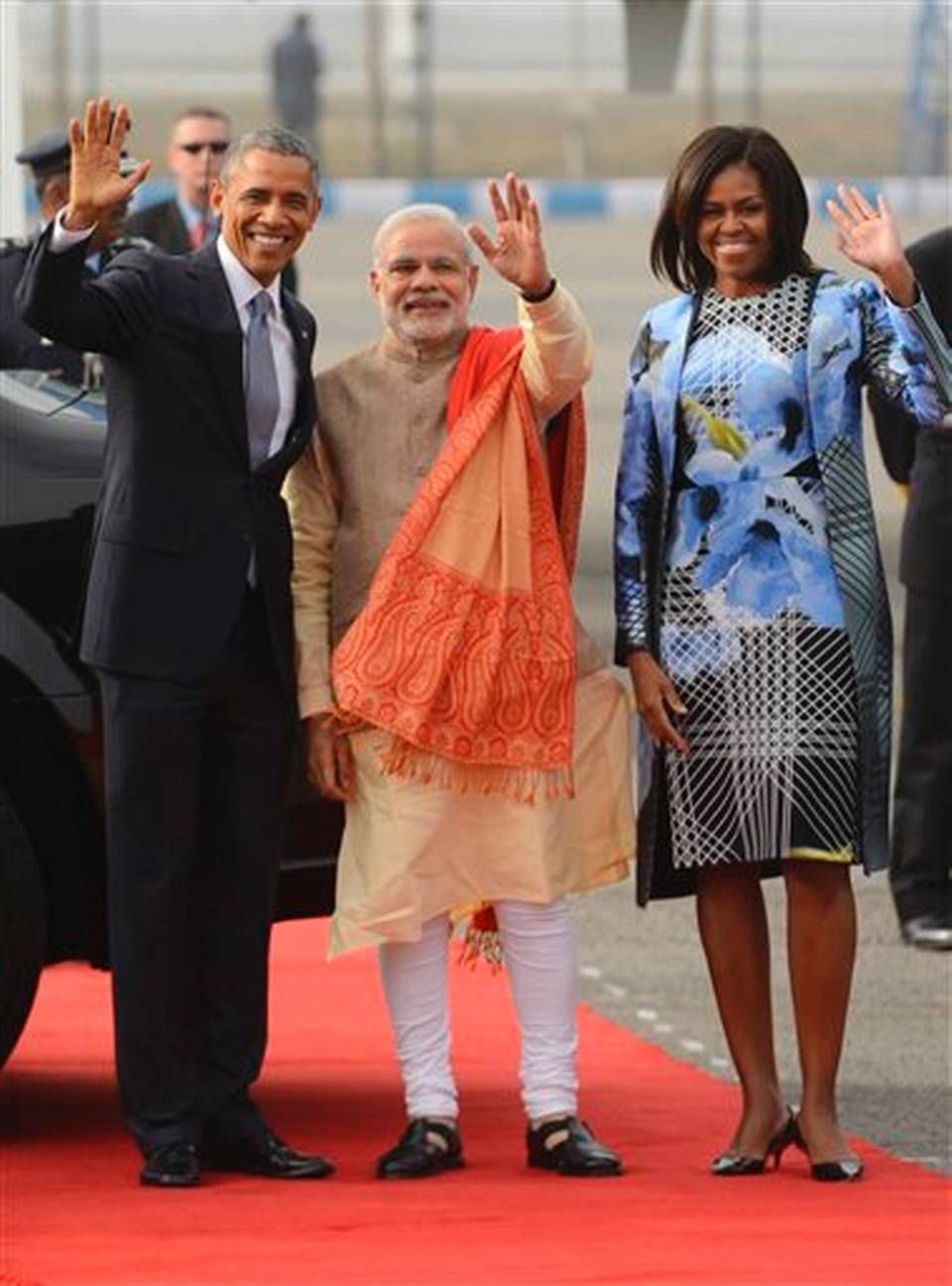 These are just the tip of the ice berg of what India has to offer to the world. Talented designers recognizing the richness of our culture are incorporating the same in their collections, thus creating pieces that have global appeal and yet retains its Indian aesthetics. With advancement in technology which is only further adding to the cause of making it available to the people in far corners of the world. 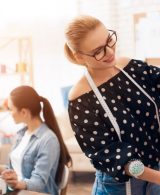 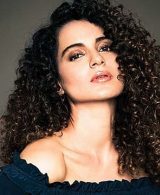