Origami: The paper folding technique that has inspired Fashion 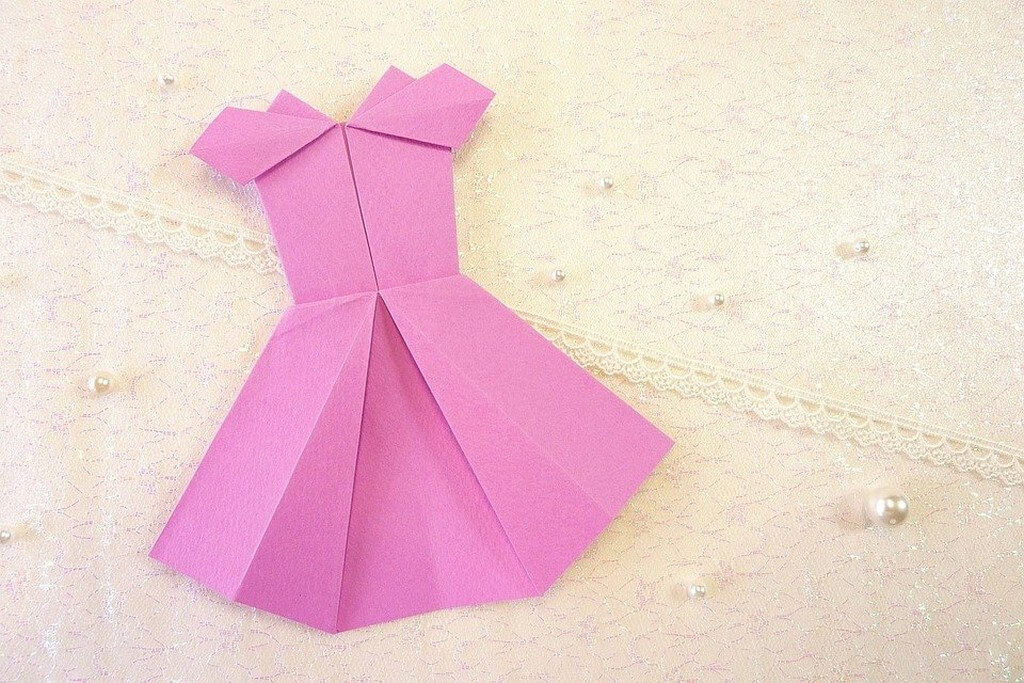 Origami is a thousand years old art practice of paper folding to create sculptural designs. The ultimate goal of origami is to create three dimensional sculptural forms through folding and sculpting techniques. Lately Origami has also influenced fashion for creating geometric pieces that are futuristic and intricately designed. 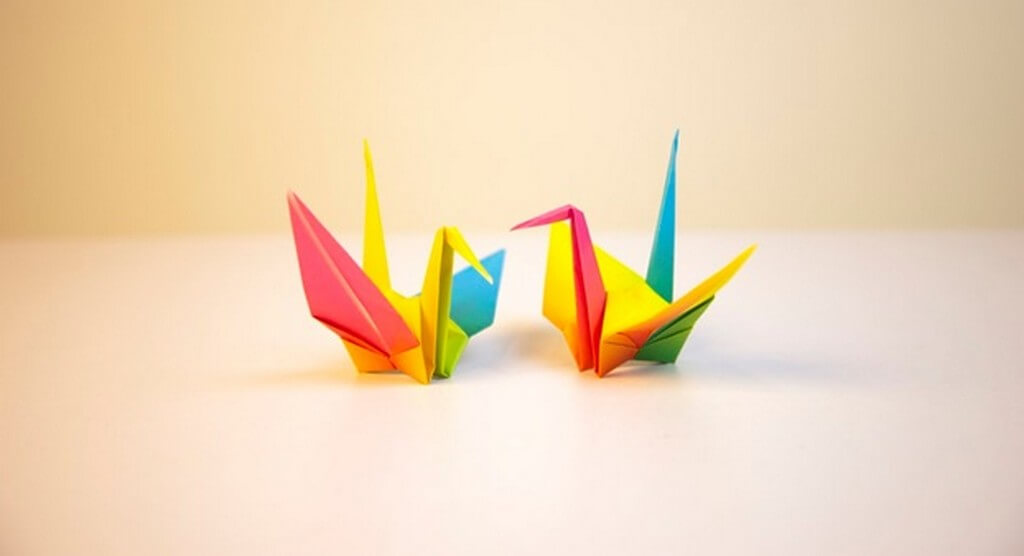 When people hear of origami fashion, they may think that the garment is made by folding without any cutting or stitching. However, origami has also spilled into fashion wherein the art form is incorporated in quilting and pleating.

The Japanese word origami is a composite of ori (to fold) and kami (paper). Although origami is associated with the Japanese culture for more than thousand years, it’s origin can be traced to China – the birthplace of paper. 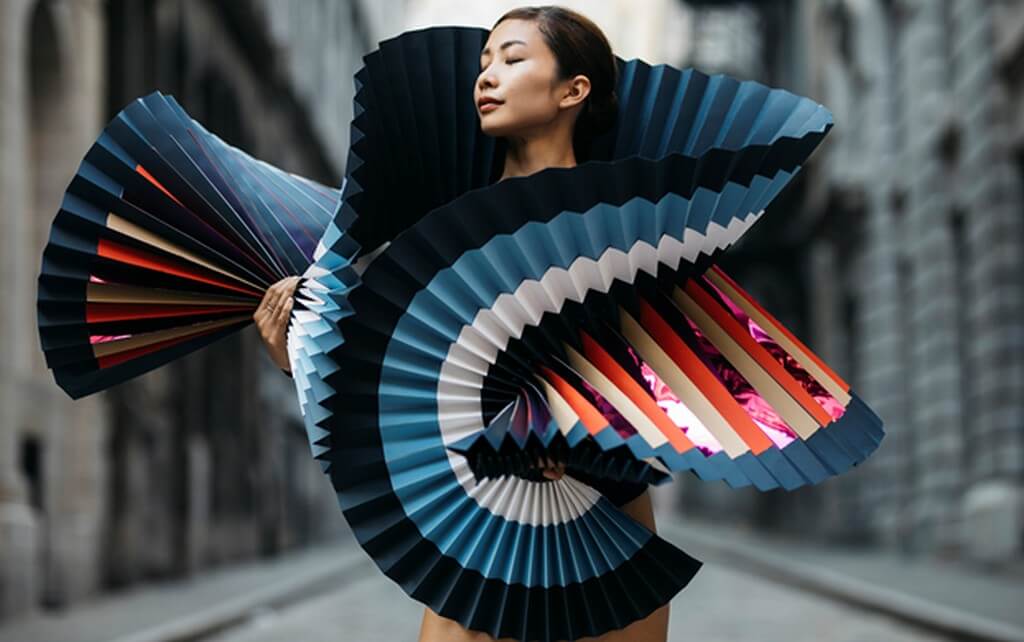 Origami as a fashion statement

Papermaking was established in China two thousand years ago, but the Chinese did not share this knowledge. It eventually found its way into Korea and reached Japan by the seventh century where the practice of origami expanded into an art form. Two highly artistic fashion designers, Issey Miyake and Charles James, influenced the origami fashion concept.

Issey Miyake is recognized for his unconventional designs and re-interpretations of traditional textile designs in variants of modern materials. Miyake’s work is an amalgamation of both his Japanese heritage and his training in Western couture that has redefined the concept of clothing and re-invention of the the activity of wearing clothes. His pleated creations are inspirational as they portray how modern clothes can be fun as well as high-tech. 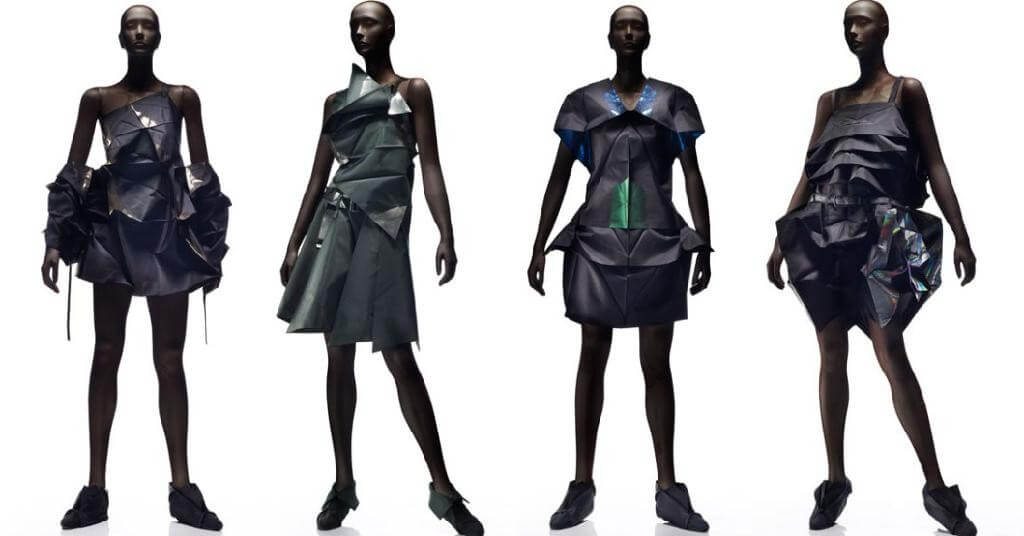 Contemporary fashion designers have been always inspired by origami ideas and its sculptural forms; they realize that Origami art is a valuable opportunity to explore very futuristic and interesting ideas in fashion design. The origami art is the central idea in the creation of 3D Geometric Dresses.

The genius of Charles James is visible in his designs which showcases both aesthetic as well as technical brilliance. James demanded perfectionism which is evident in the cut and construction of each garment crafted by him, producing designs that were unique.

Darts are incorporated into the seams to create a 3D cube design.

Darts are incorporated into the seams to create a 3D cube design.

Origami may have begun as the art of paper-folding; however, it has inspired design in more ways than one. It is important to understand that inspiration for design extends beyond mediums. Hence, as aspiring students of Fashion Design one must be aware about what has impacted design and stay updated. To learn more about the intricacies of fashion, one can enroll in the 3 years BSc. in Fashion and Apparel Design from one of the best fashion designing institutes in Goa.

Origami: The paper folding technique that has inspired Fashion 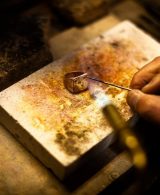 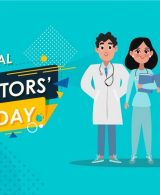