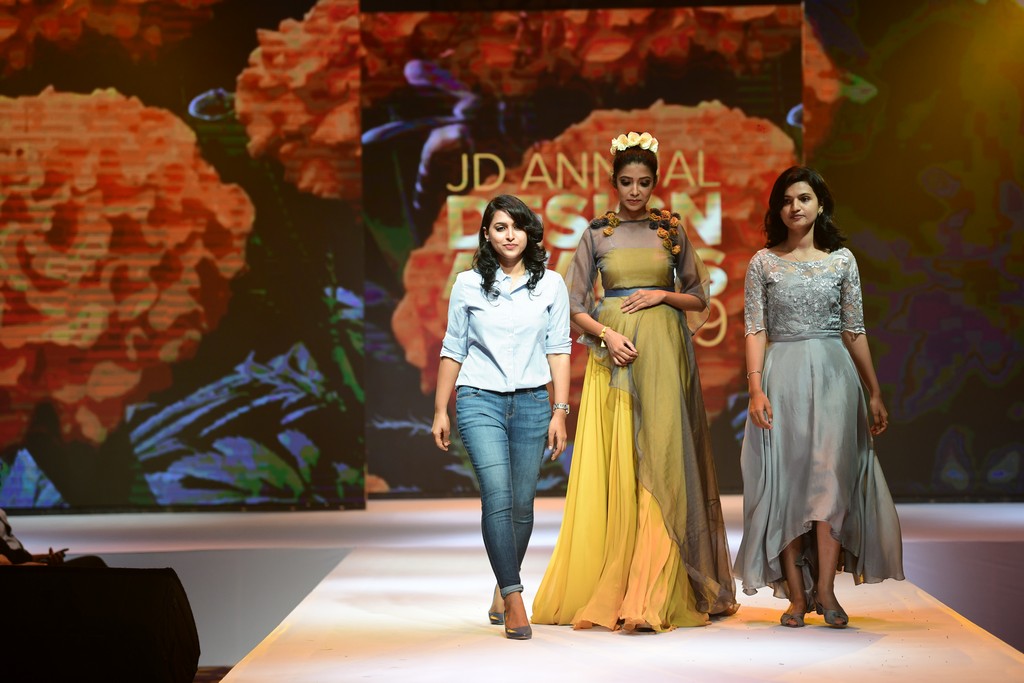 “Birth is the epicenter of women’s power.”

Designers Meera Siby and Rejna Ninan’s collection, Tehomedra means power of mother and is a line of occasional maternity wear which is inspired from Calendula, Indian Marigold. It is known to possess healing, anti-inflammatory, anti-viral properties. Marigold is also called Mary’s Gold and her role as the mother of Jesus inspired the designers to create a line of maternity wear.

Mother Mary in Christianity is the mother of Jesus and a lot of people seek her intercession in times of need. She is revered as everyone’s mother. The reason for the association of Marigold to Mother Mary is not known. There are various theories, about the association of marigold with Mother Mary, of which one states that Mother Mary used marigolds as money and so the early Christians put marigold blooms at her feet instead of coins as an offering. Another theory states that the flower frequently appeared to bloom during the festivals in honour of Mary. At that time, the flower was the most abundant source of golden blossoms.

During the time of pregnancy, expectant women experience skin problems and hence, the designers dyed the fabrics of the collection with marigold due to its healing properties. The colour palette of the collection, attained through the use of dyeing it with the flowers, are in the shades of yellow, grey and black. Fabrics used for the collection are georgette and organza for ringing in the party mood. Flares were added from the empire line to avoid pressure around the belly and provide comfort without compromising the glamour while attending a party. Two of the six garments were designed to support breast feeding. The garments are multi-purpose and can be worn pre, during and post pregnancy. To further enhance the look of the garments, the designers have incorporated 3D fabric flowers and embroidery. 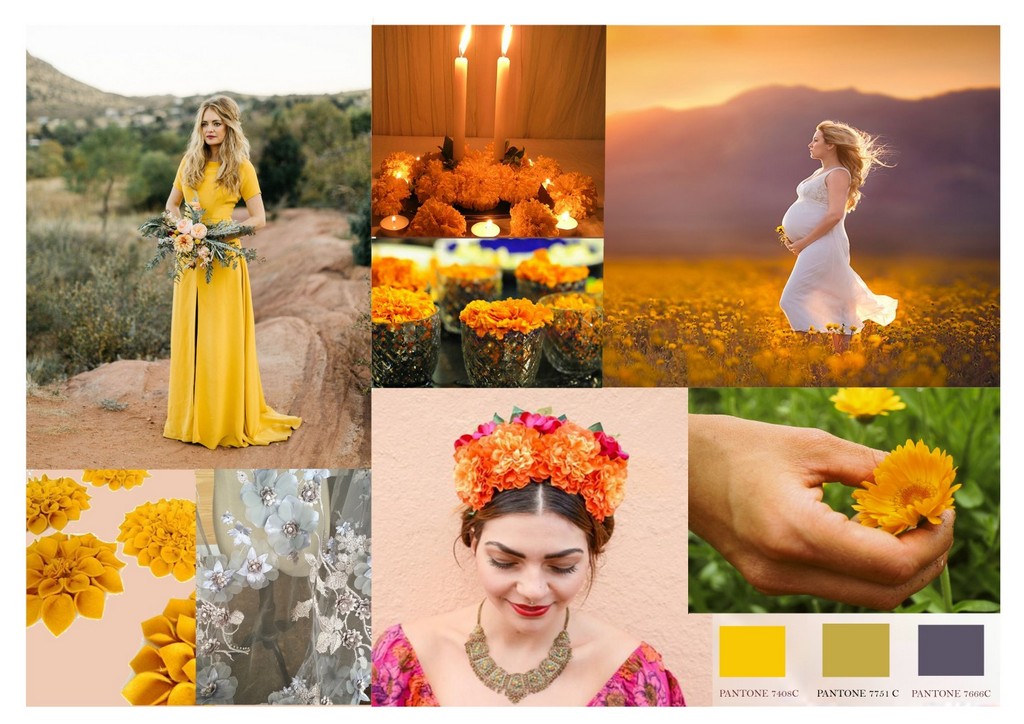 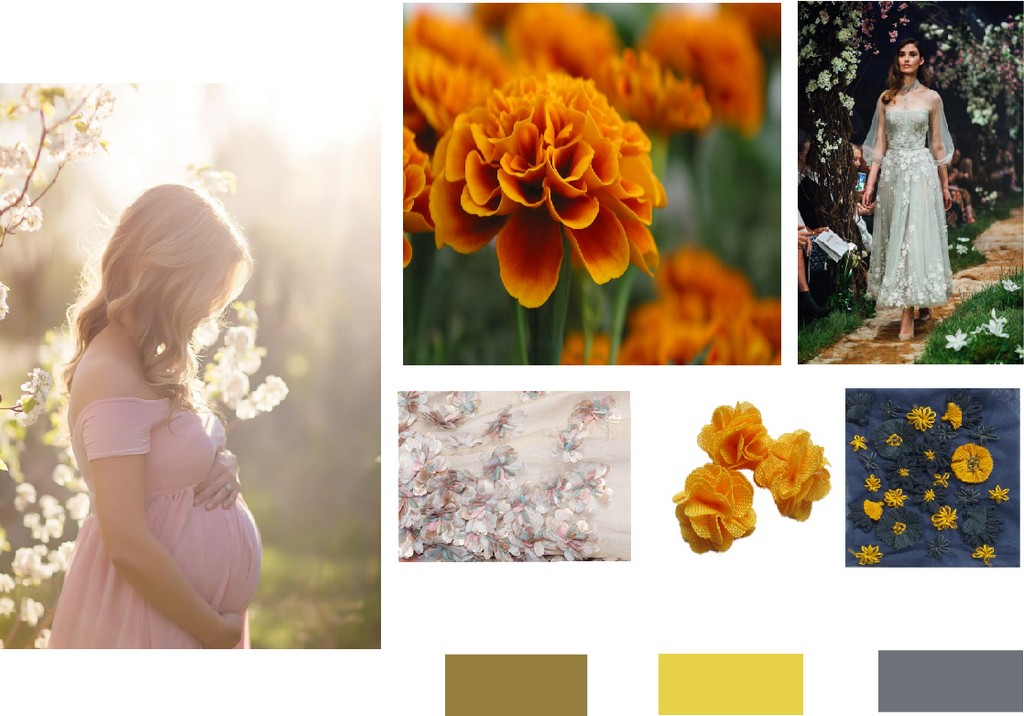 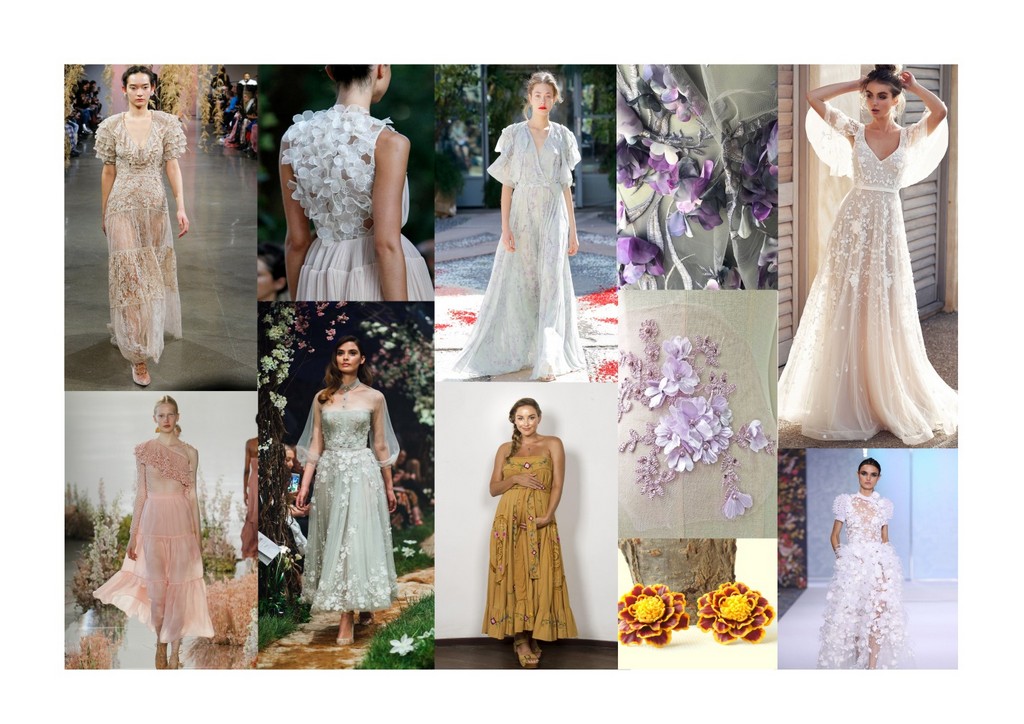 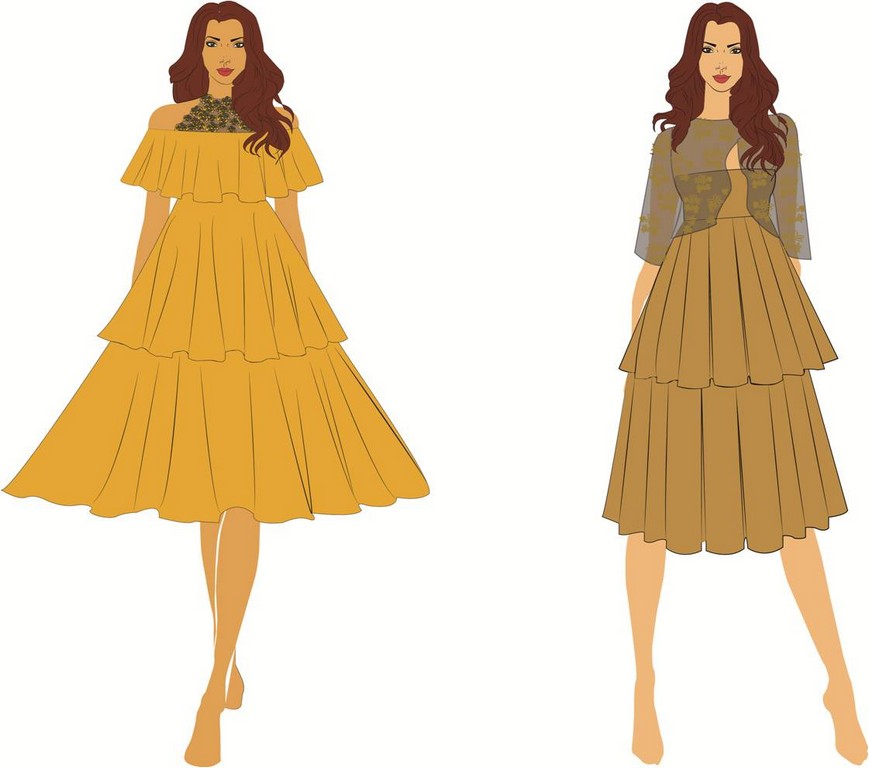 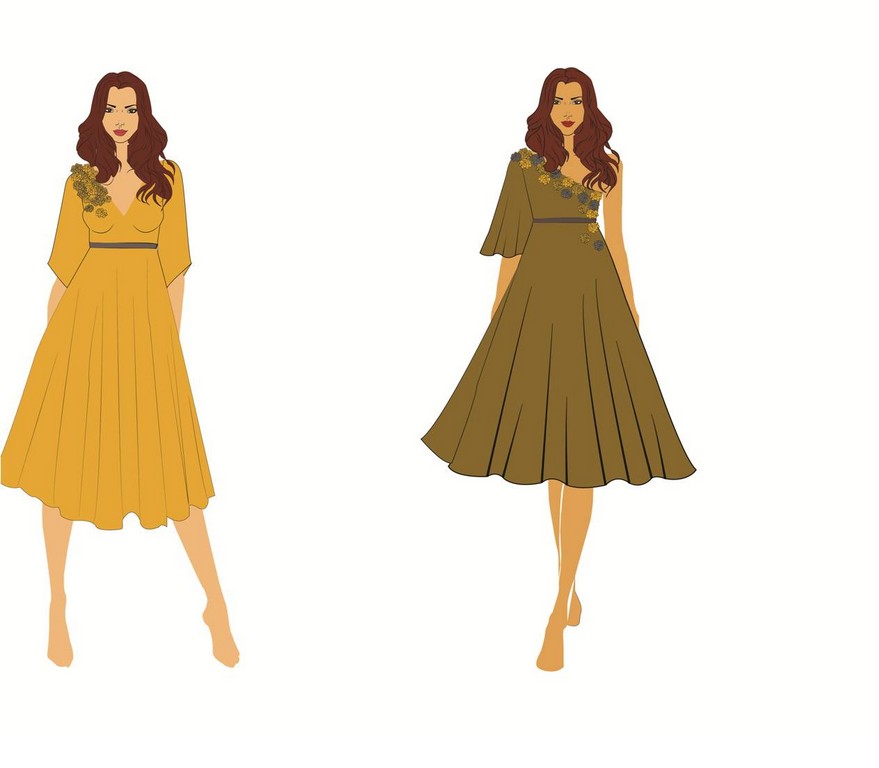 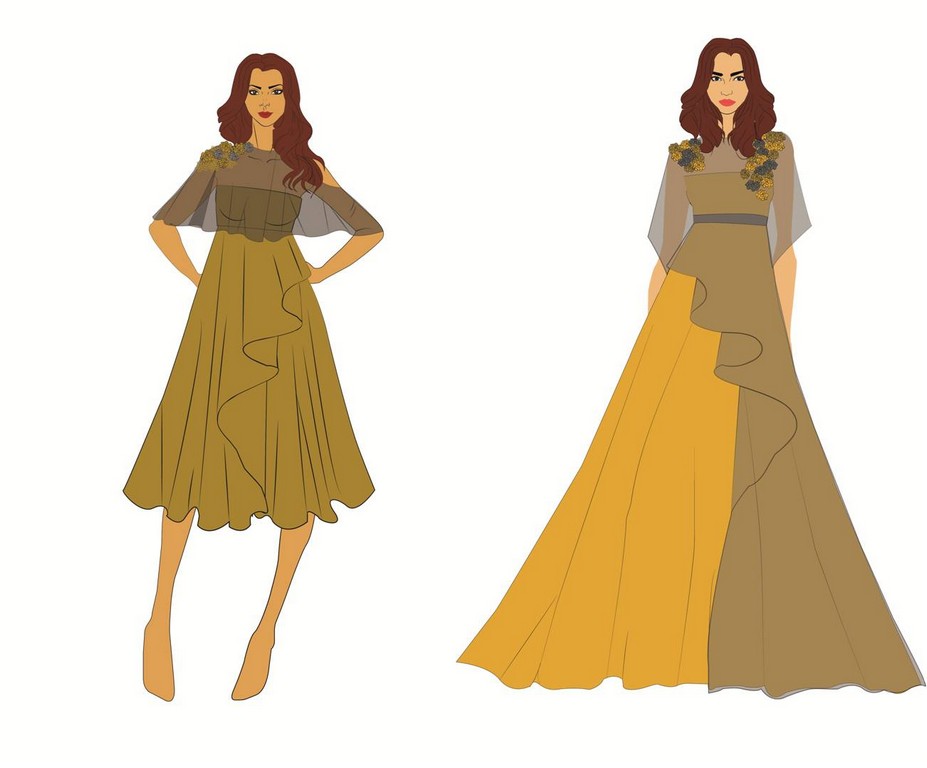 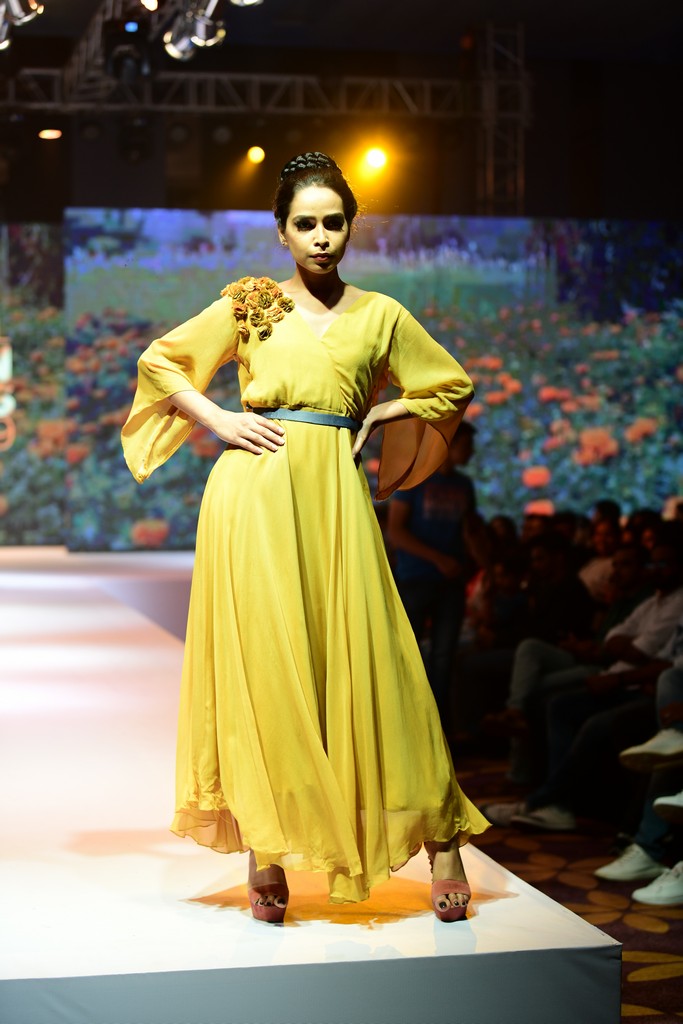 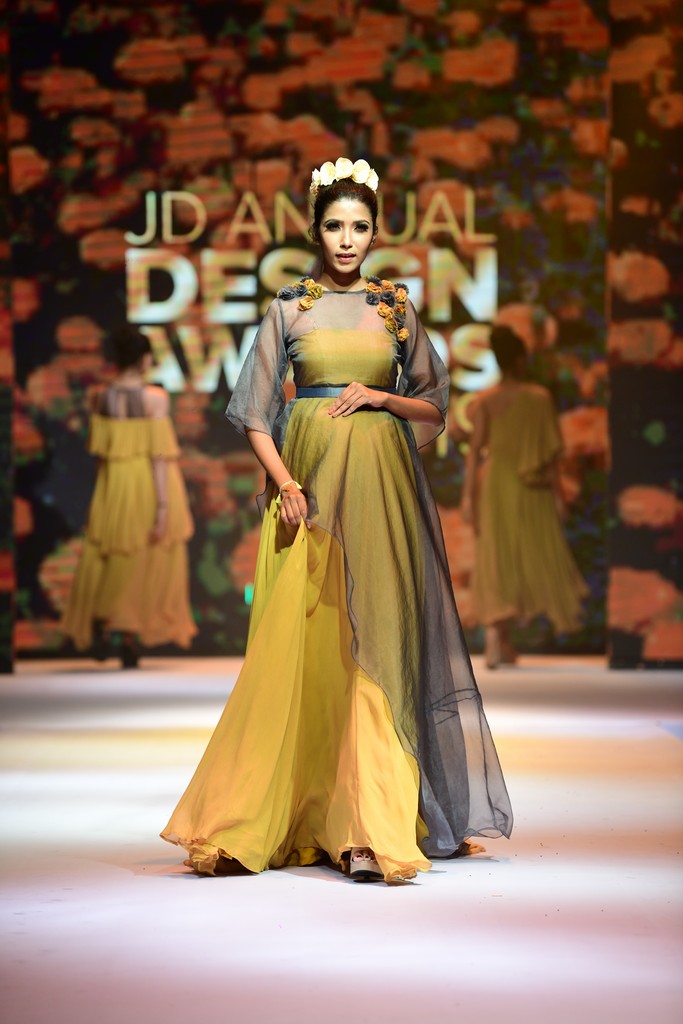 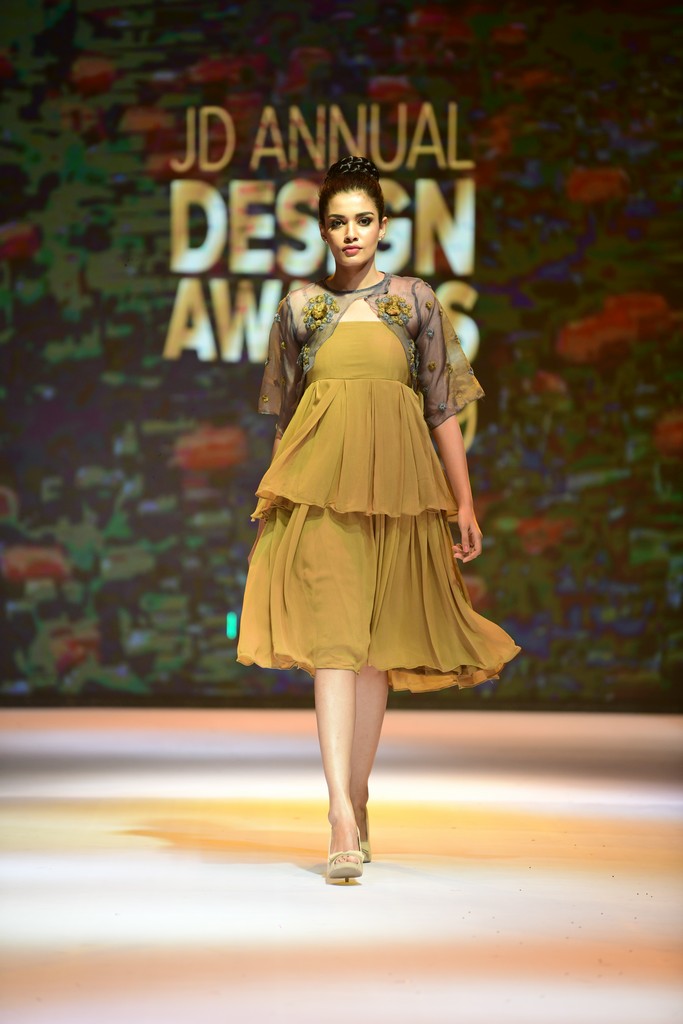 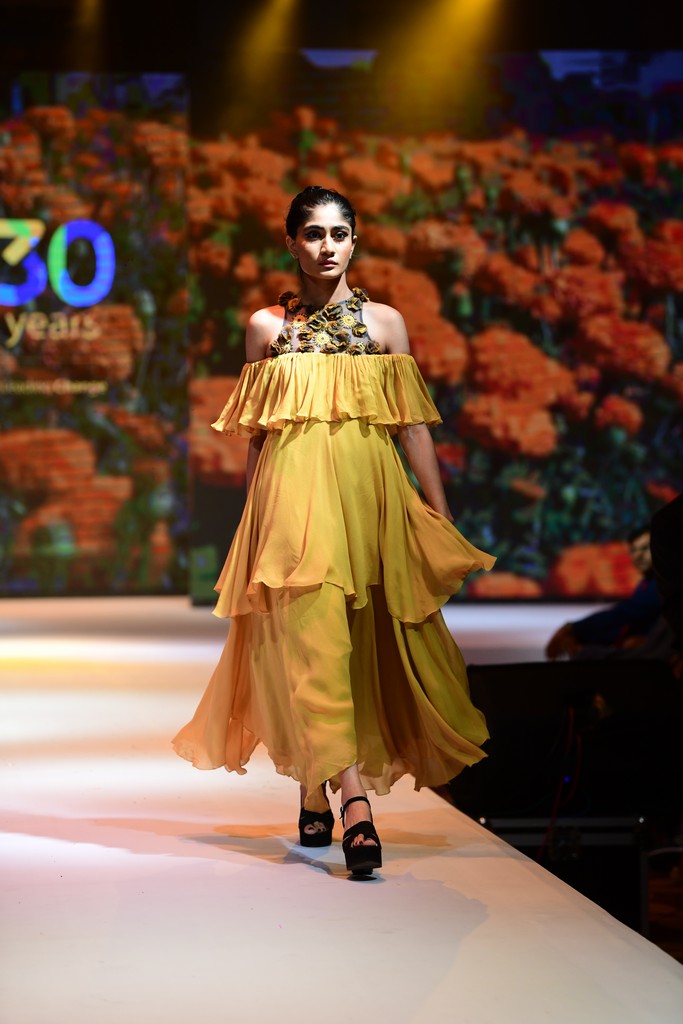 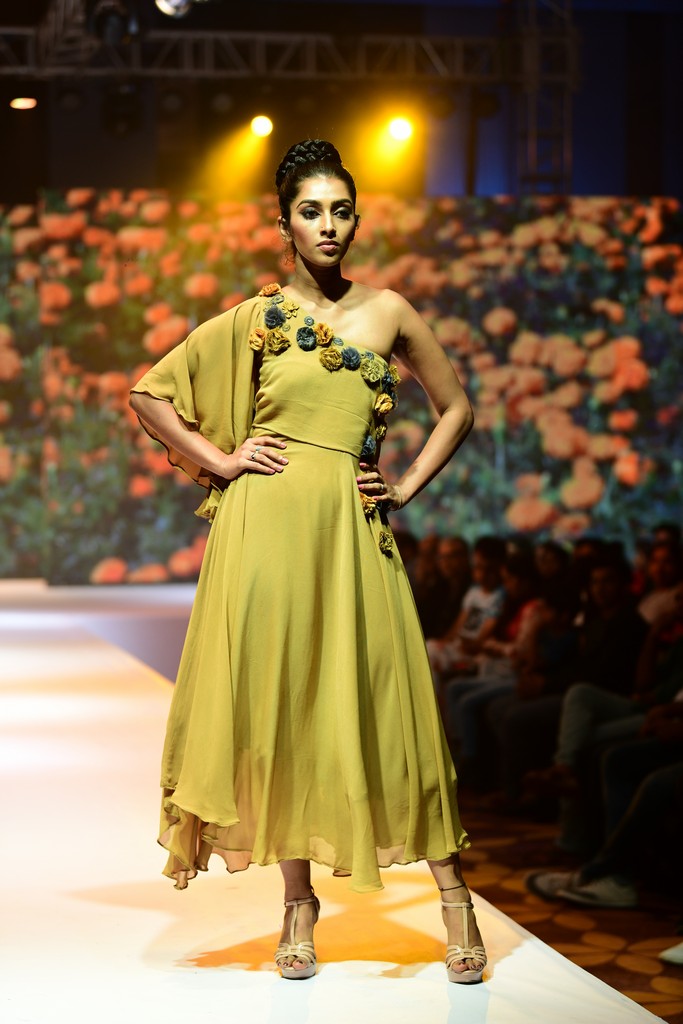 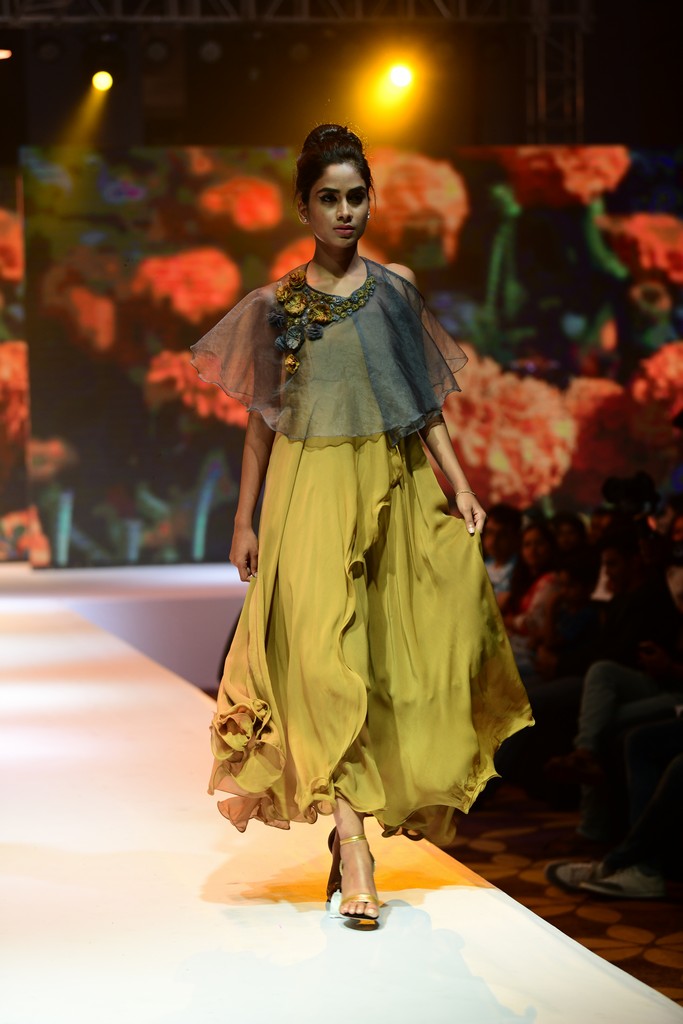