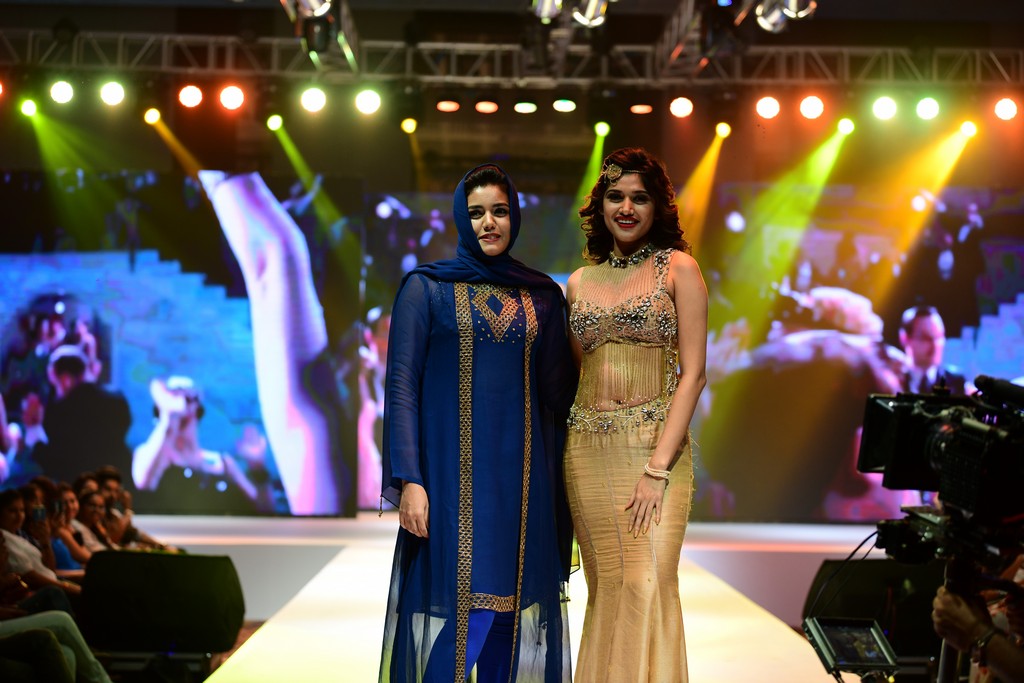 Designer Afnan’s collection, The Flappers is a line of party inspired by the modern women during the Jazz Age of the 1920s who were strong willed, bold and confident. Flappers, means a young bird who is trying its wings for the first time.

The 1920s also referred to as the Roaring Twenties and the Jazz Age was an important period for women liberation. Women were free from the shackles of society approved behaviour of the Victorian Era and came into their own not only in terms of clothing but also in terms of claiming their independence. The period preceded the end of World War I which witnessed the death of many men and was instrumental for laying the foundation for women to partake in occupations that were predominantly done by men. Women dressed more glamorously and abandoned corsets for more tubular silhouettes, low waistlines and shorter hemlines. The colour palette consisted of metallic colours like antique gold, bronze and copper, which added richness to the look.

The designer incorporated elements of the 1920s by creating body hugging silhouettes and bling for the party wear collection. The fabrics used during the time were silks, nets, silk blends and shimmery fabrics to add richness to the garment. Bobbed hairstyles, bold makeup and head accessories were popular in those times and were important elements to elevate the look. 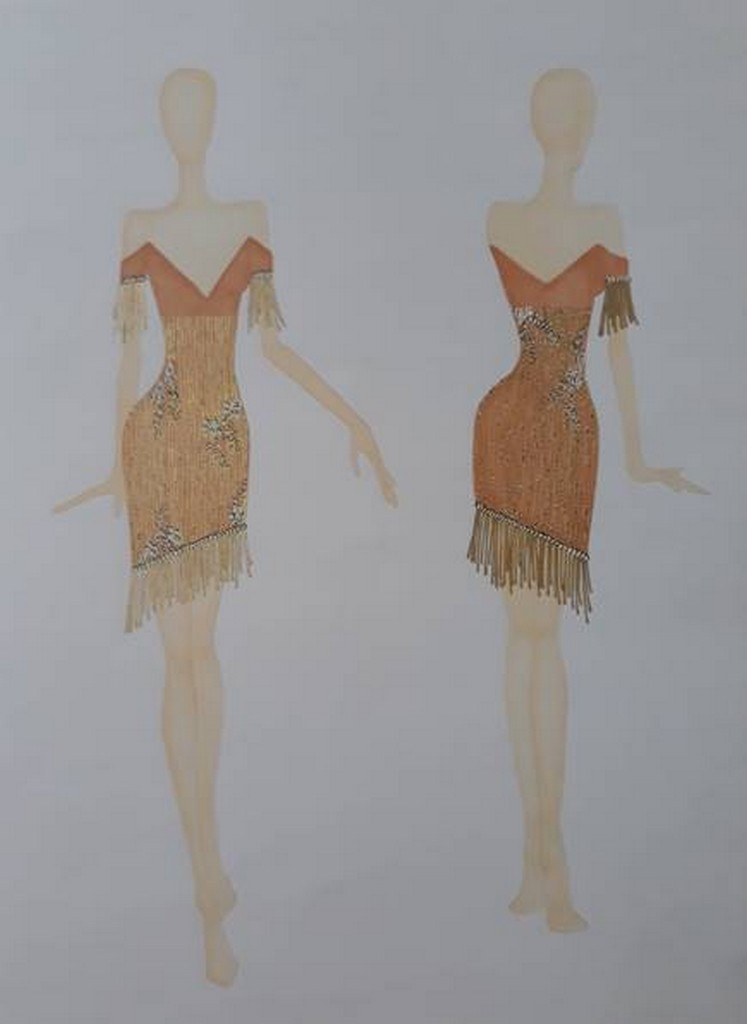 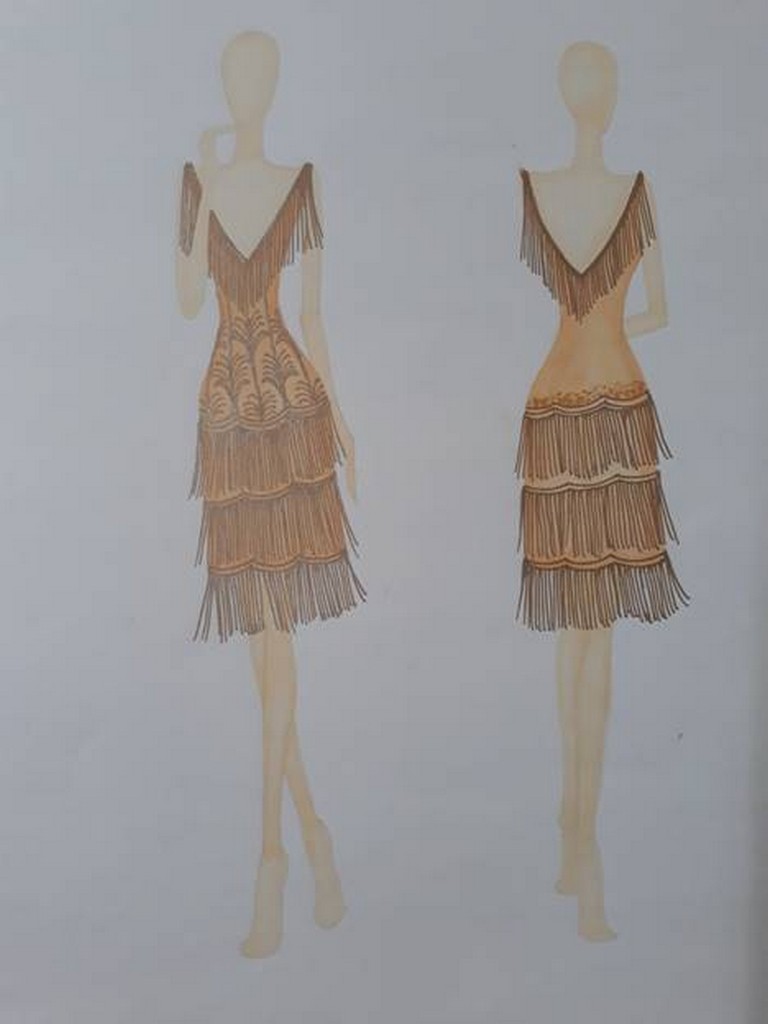 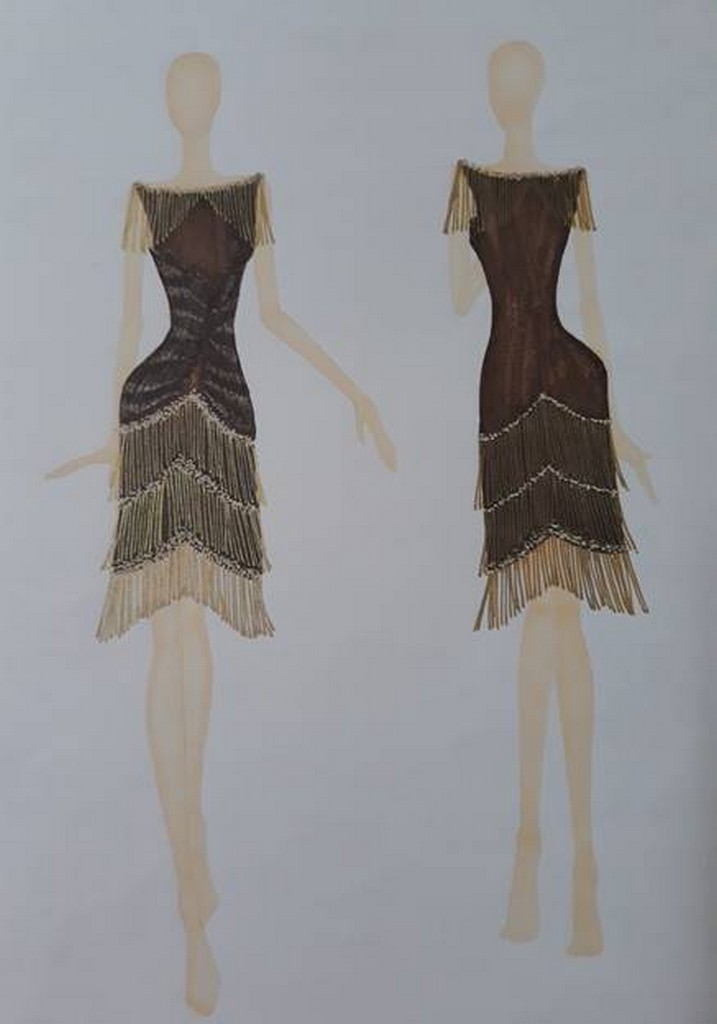 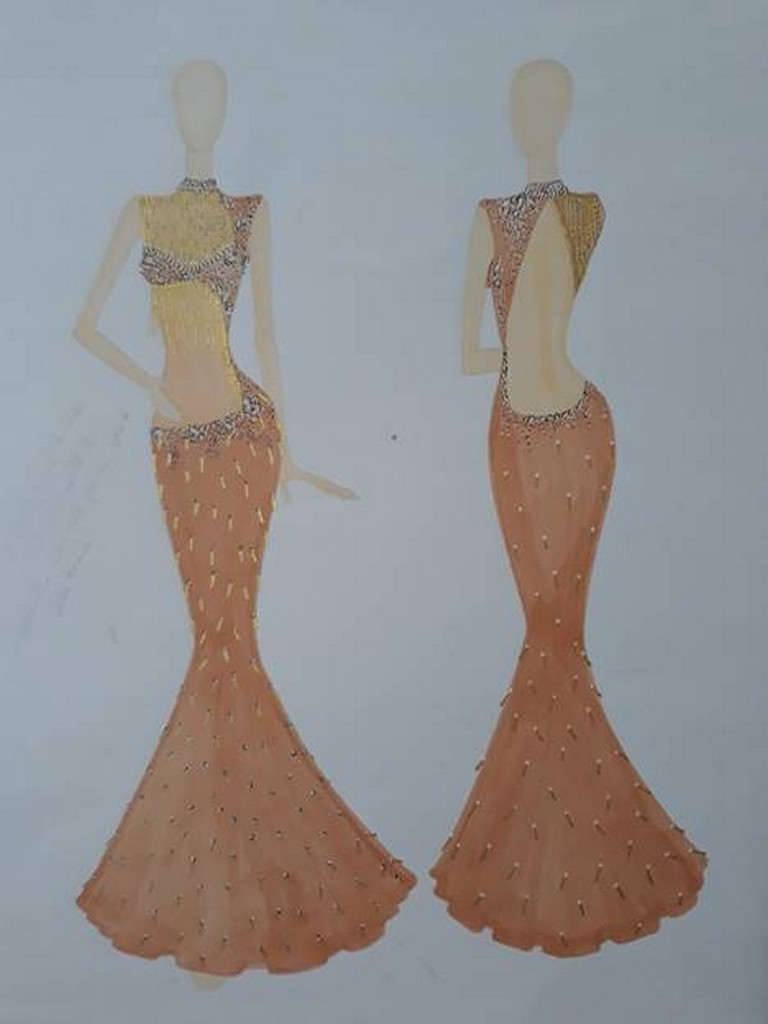 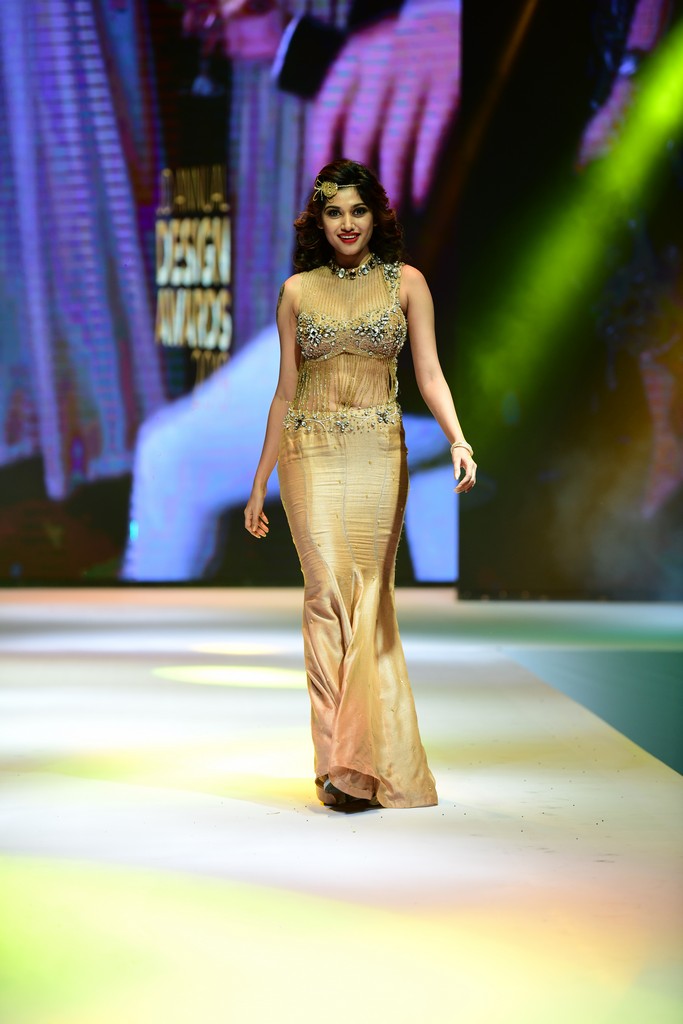 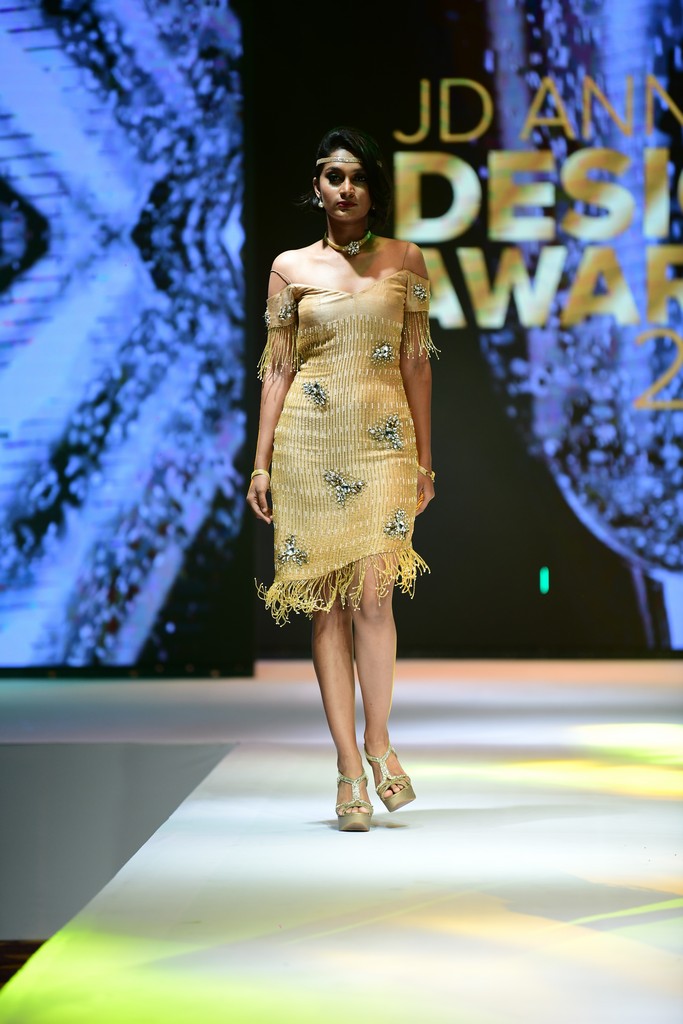 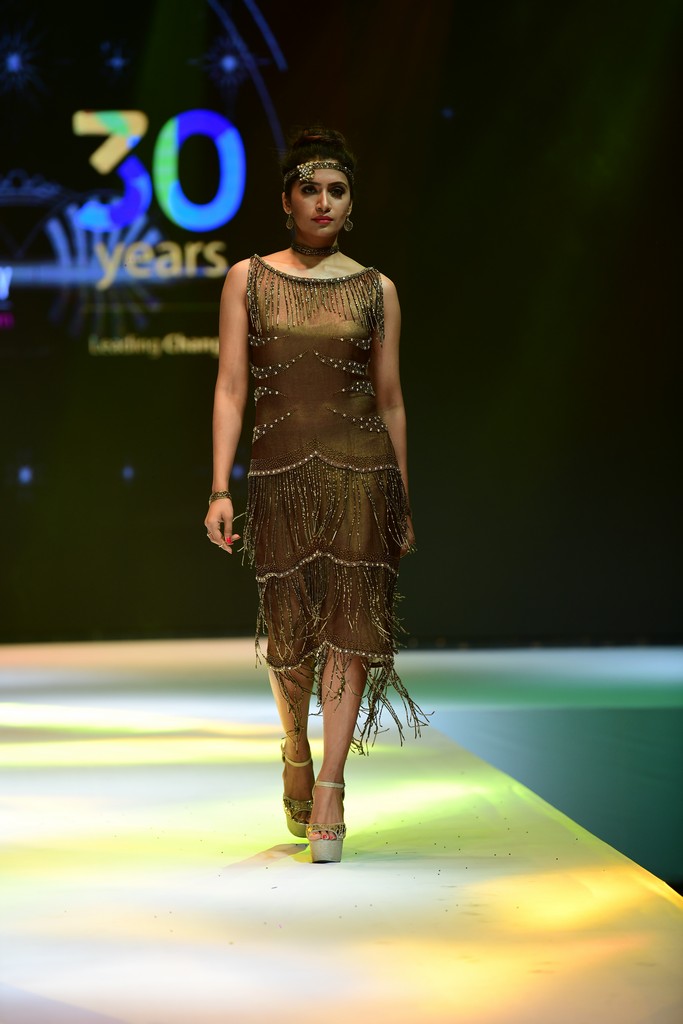 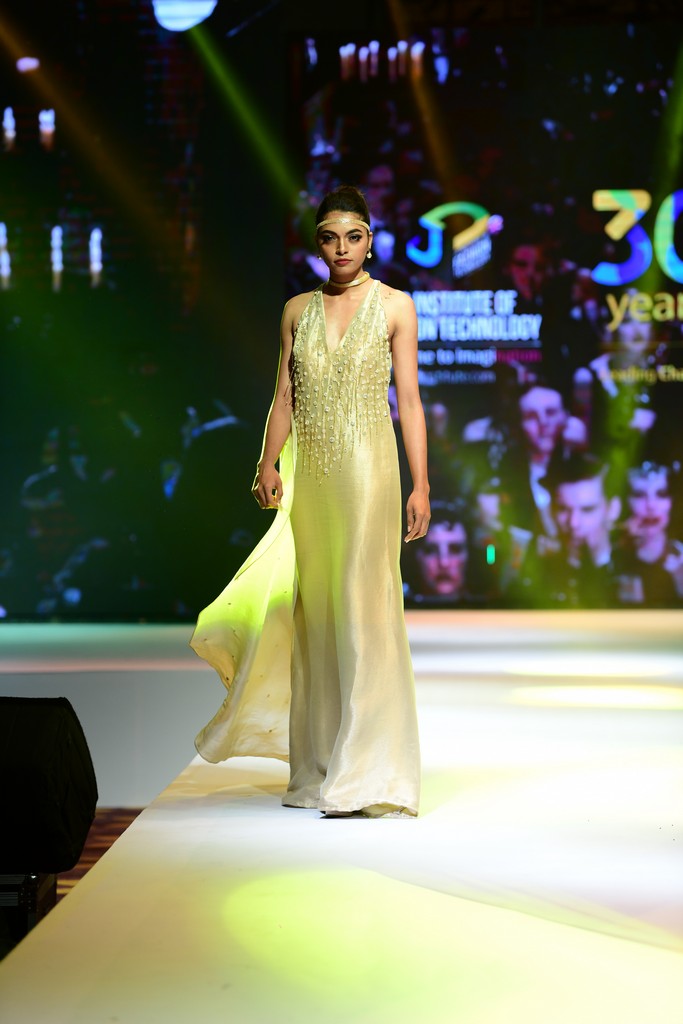 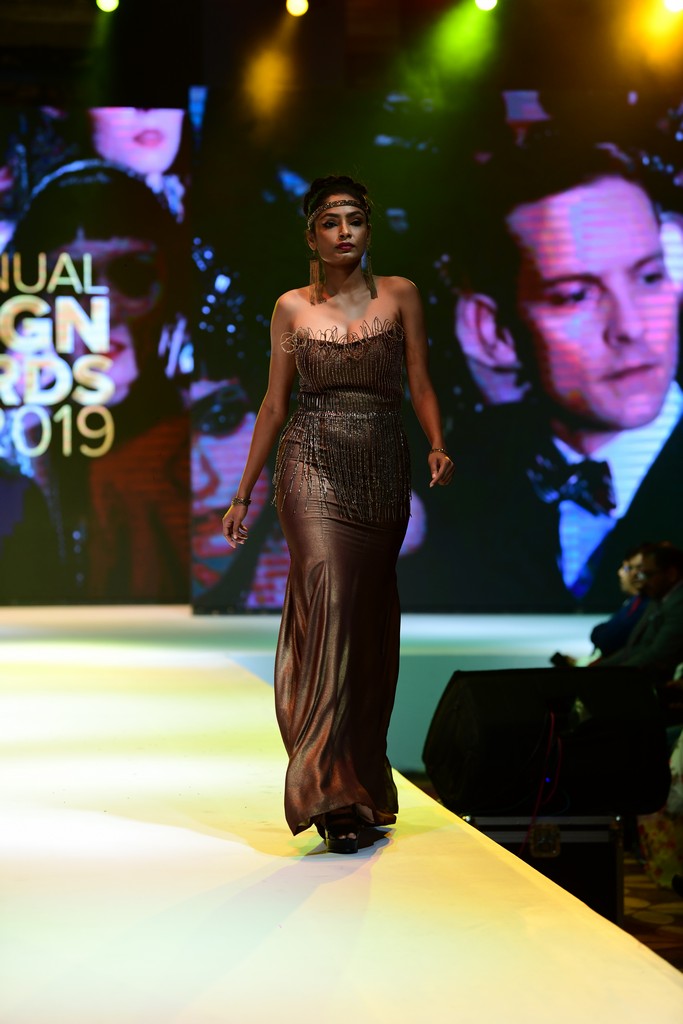 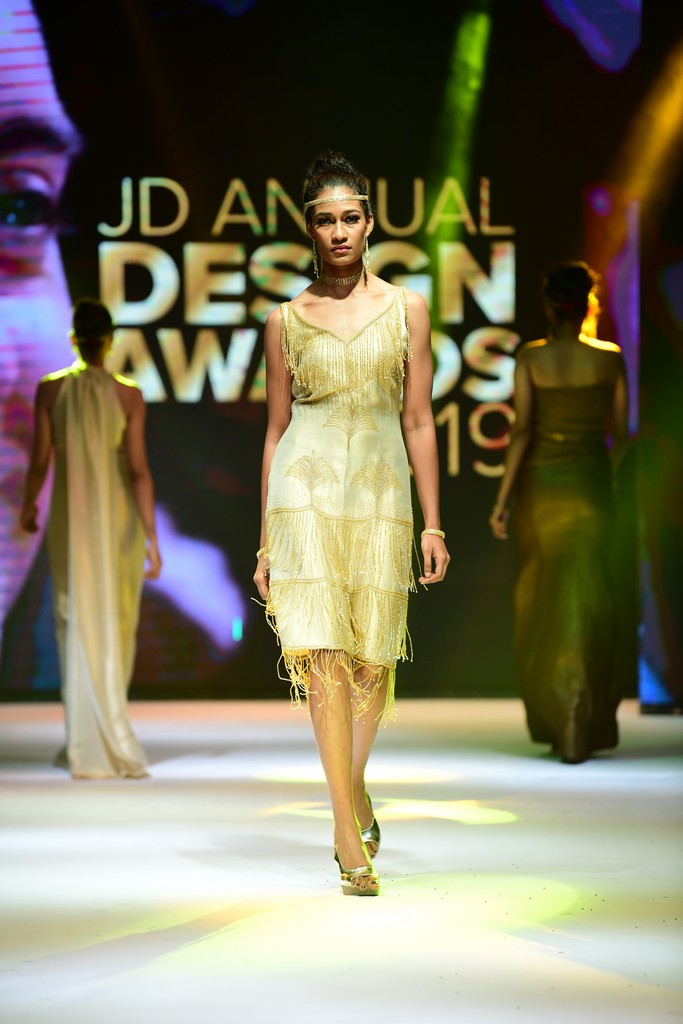