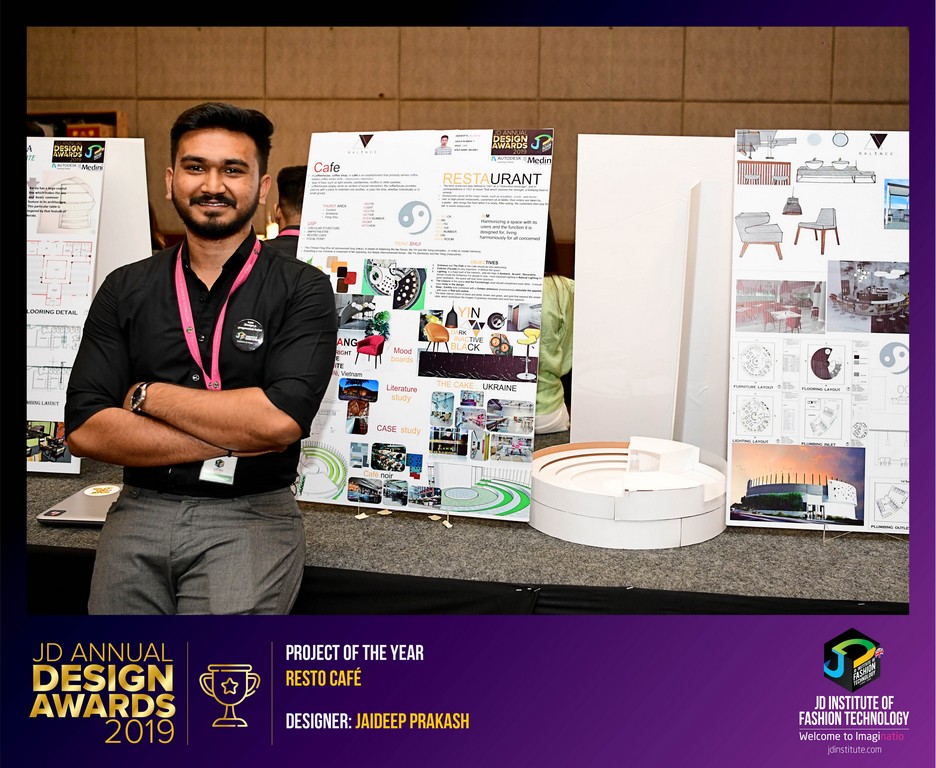 Ying Yang is one of the dominant and complex philosophies of Chinese culture. It is a concept of duality forming a whole. According to this theory, everything in the universe consists of two forces that are opposing but are complementary. The interaction of these two FengShui forces creates the essence of life around us. Hence there is no better way to represent harmony than yin-yang.

Considering this, the designer jaydeep’s space is a circular space which is equally divided into two halves. In this space, the yin is the right side which inactive. Thus washrooms are on the right side. The designer has made this side Dark, hence has incorporated dark tone materials with minimal lighting, whereas the Yang here is the left side which is completely bright and active. The Designer has used light color tables and chairs on this side. This side of the space also includes Kitchen and staircase as it is the most active place in a restaurant.

Apart from this the restaurant also has an amphitheatre on the first floor with a screen. The Materials used to construct this space are Black marble, white oak, pendant light, cove light, grey vitrified, leather, artificial turf glass, and natural stones. The innovation in the project is the structure, and how each floor has a focal point of its own. 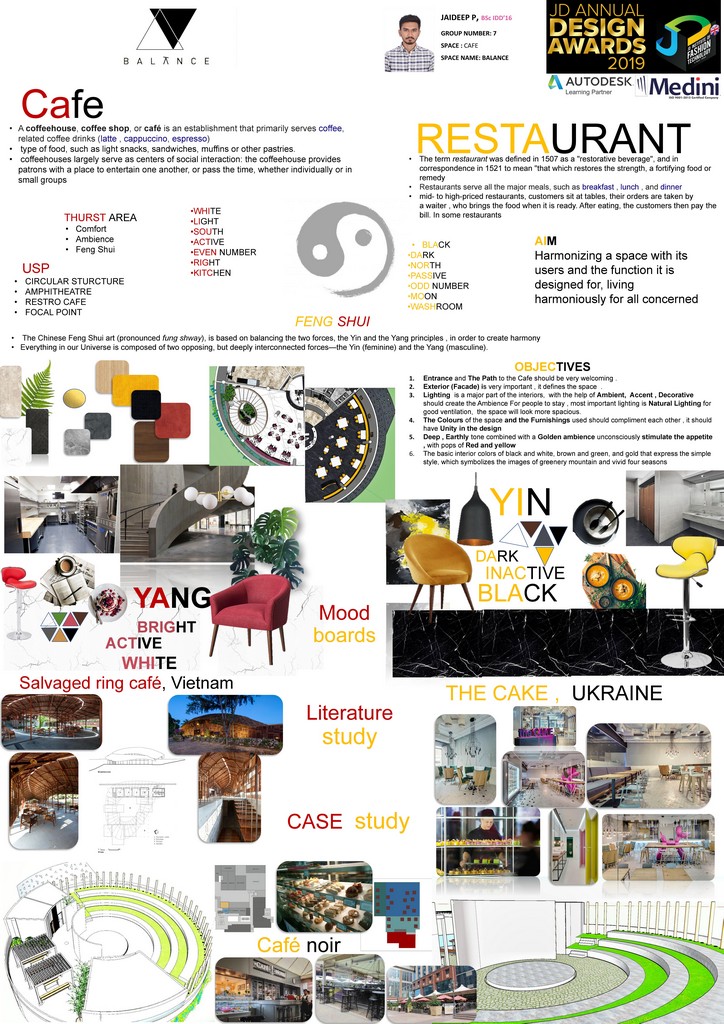 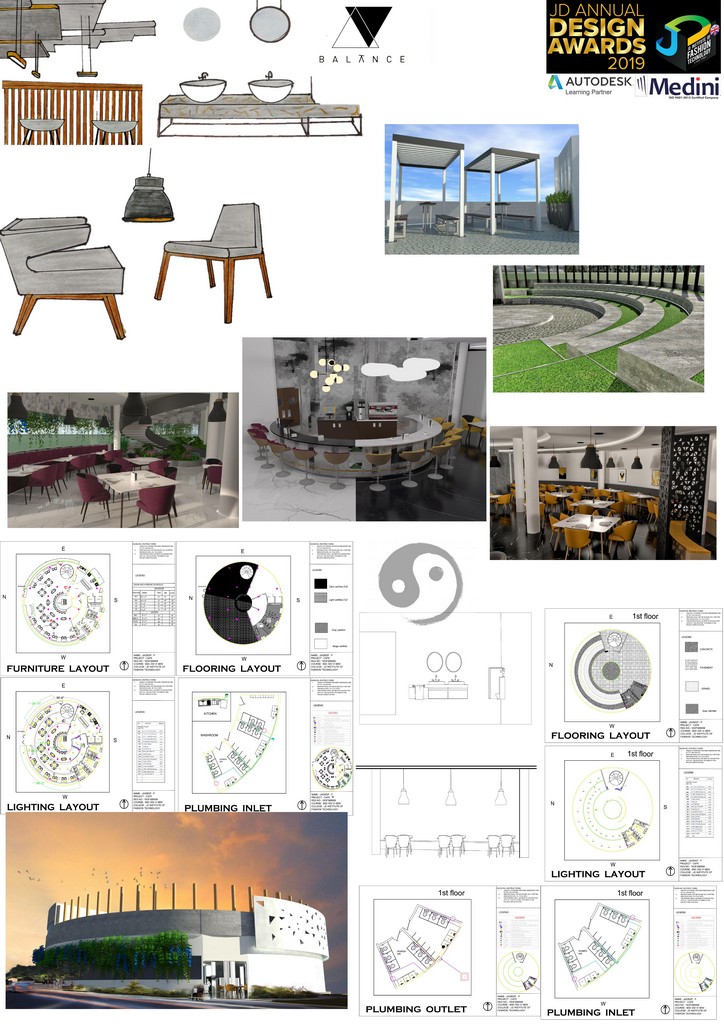 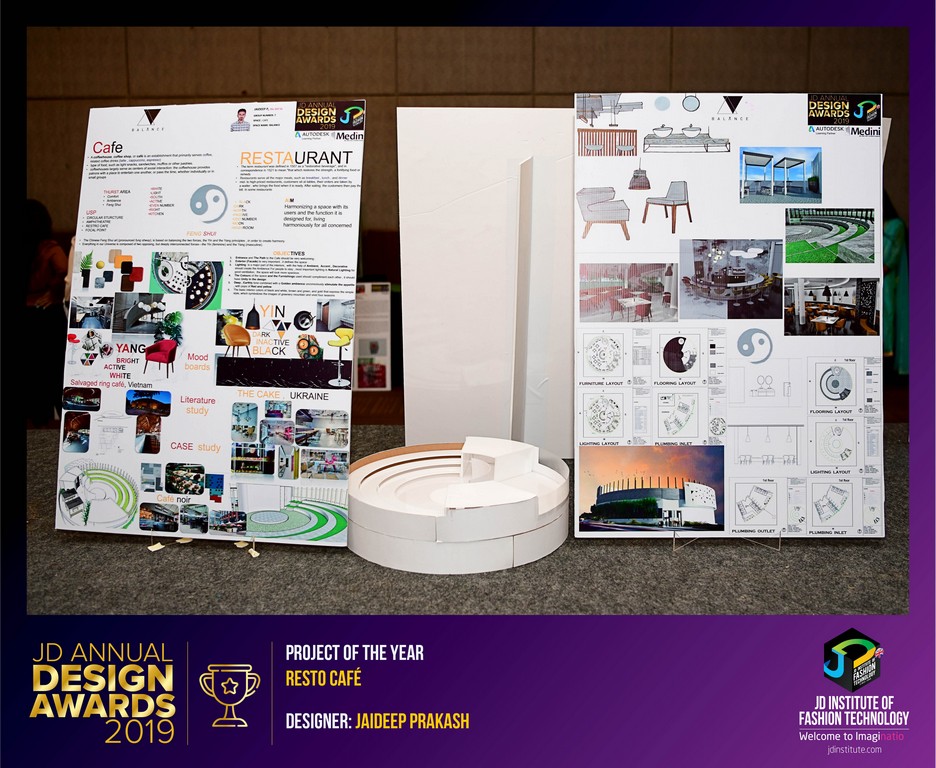 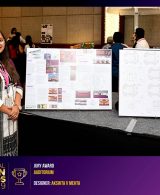 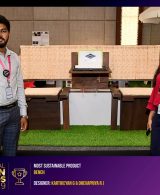