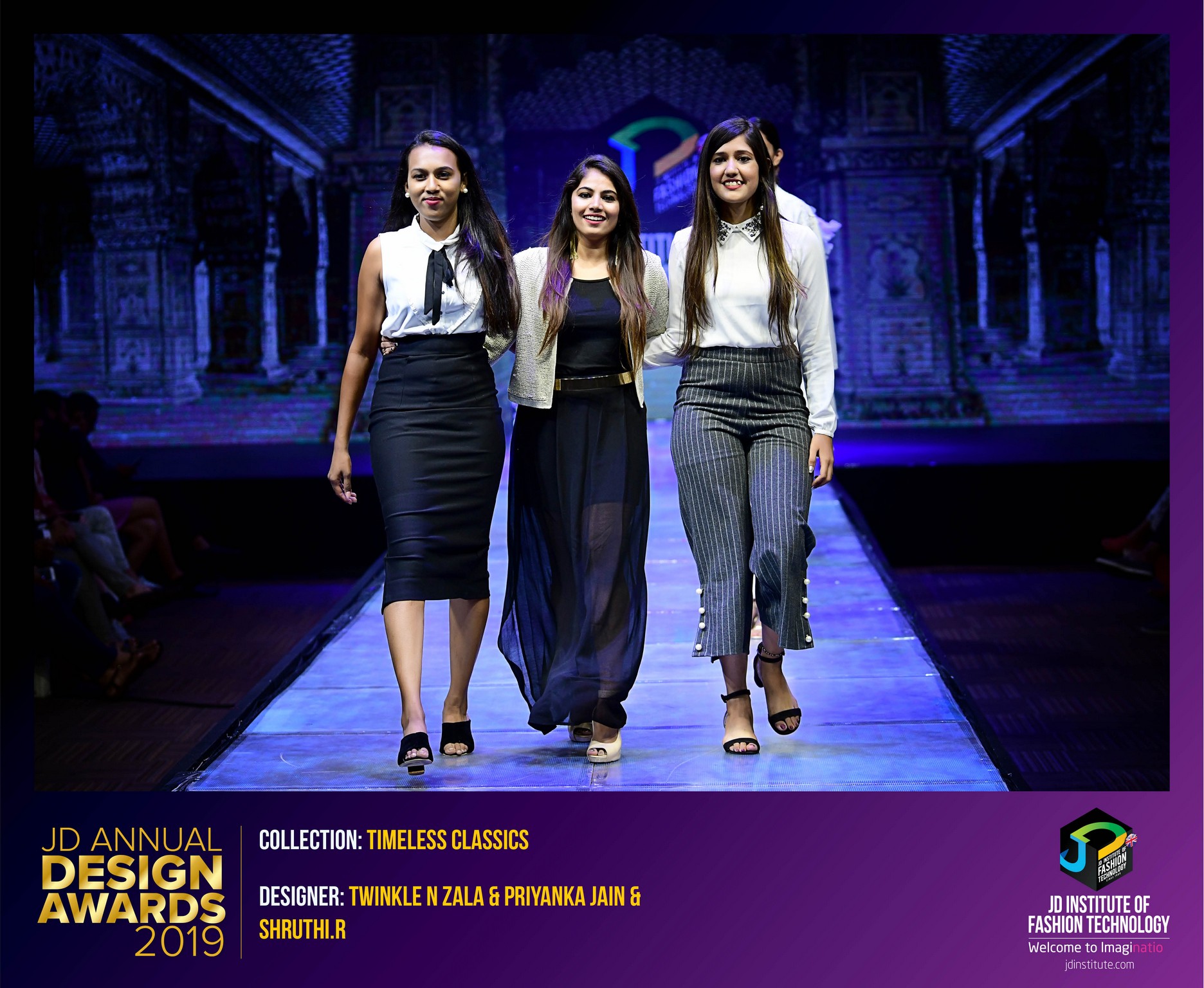 “I have never seen elegance go out of style.”

Mughal architecture is an Indo-Islamic architectural style which is known for its remarkable symmetry. During the reign of Shah Jahan, Mughal architecture reached its peak with the sheer attention to detail. The Mughals were known for creating stunning gardens which were quadrilateral in shape and had walkways. The distinguishing features of the Mughal buildings were the intricate carvings, domes, pillars and the gateways.

The colour white was used for the collection, inspired mainly by the Taj Mahal. The motifs incorporated in the have been taken from different elements of all the five monuments. These are – pietra dura which is a pictorial mosaic work using semi-precious stones, typically for table tops and other furniture. Jali work on the windows also known as holed stone or latticed screen which has an ornamental pattern constructed through the use of calligraphy and geometry. Also the arch shapes, floor detailing and some motifs found on the walls. These elements were incorporated with the use of beads, sequence, pearls, feathers and thread. The motifs on the garments have been entirely done by hand. Fabrics used for the collection were silk and imitation suede. 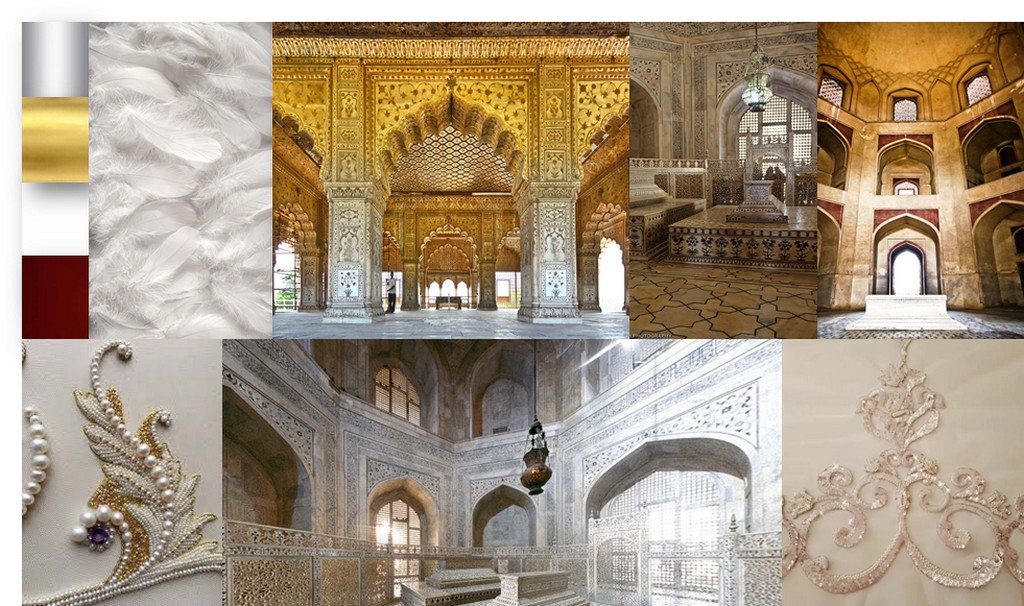 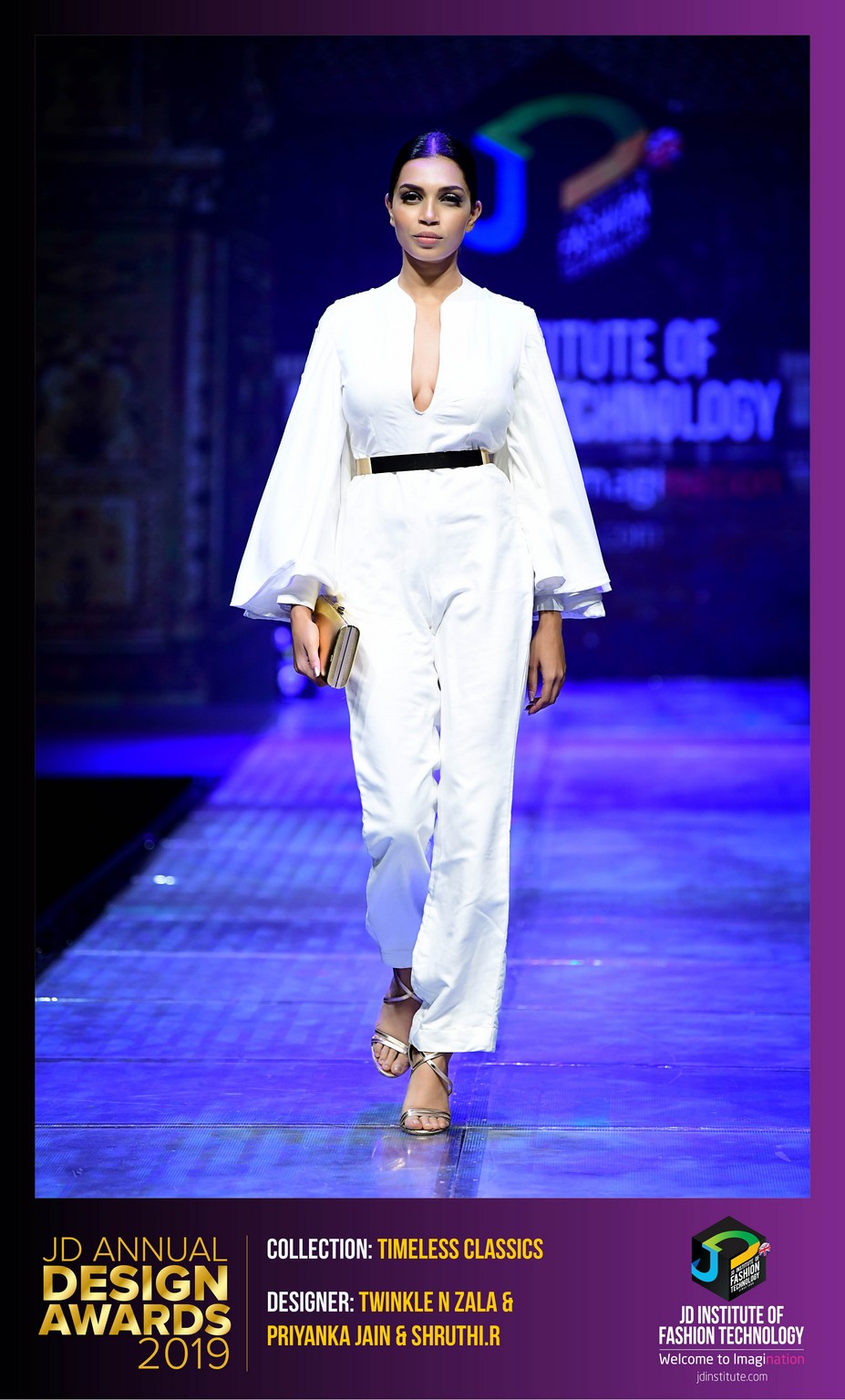 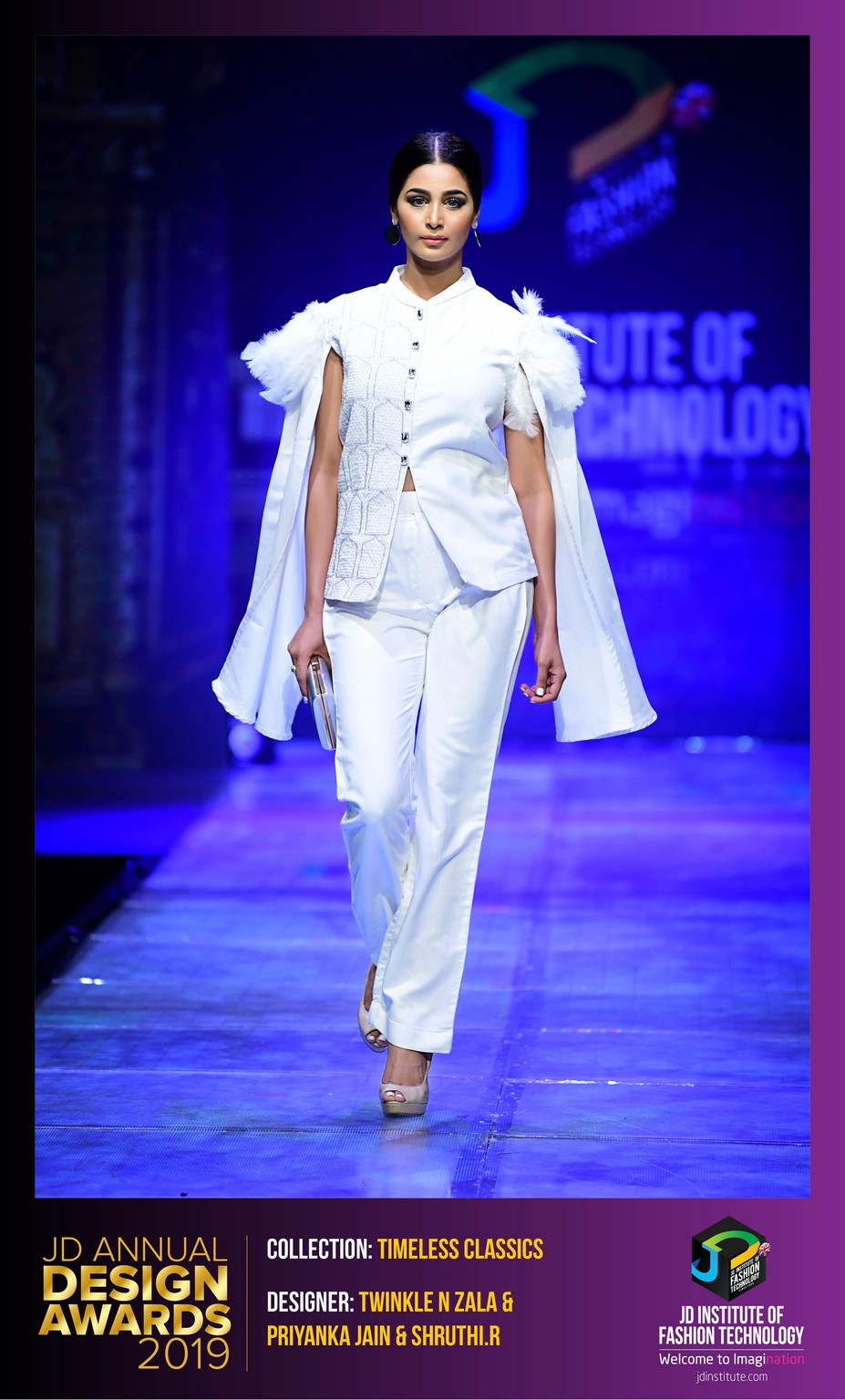 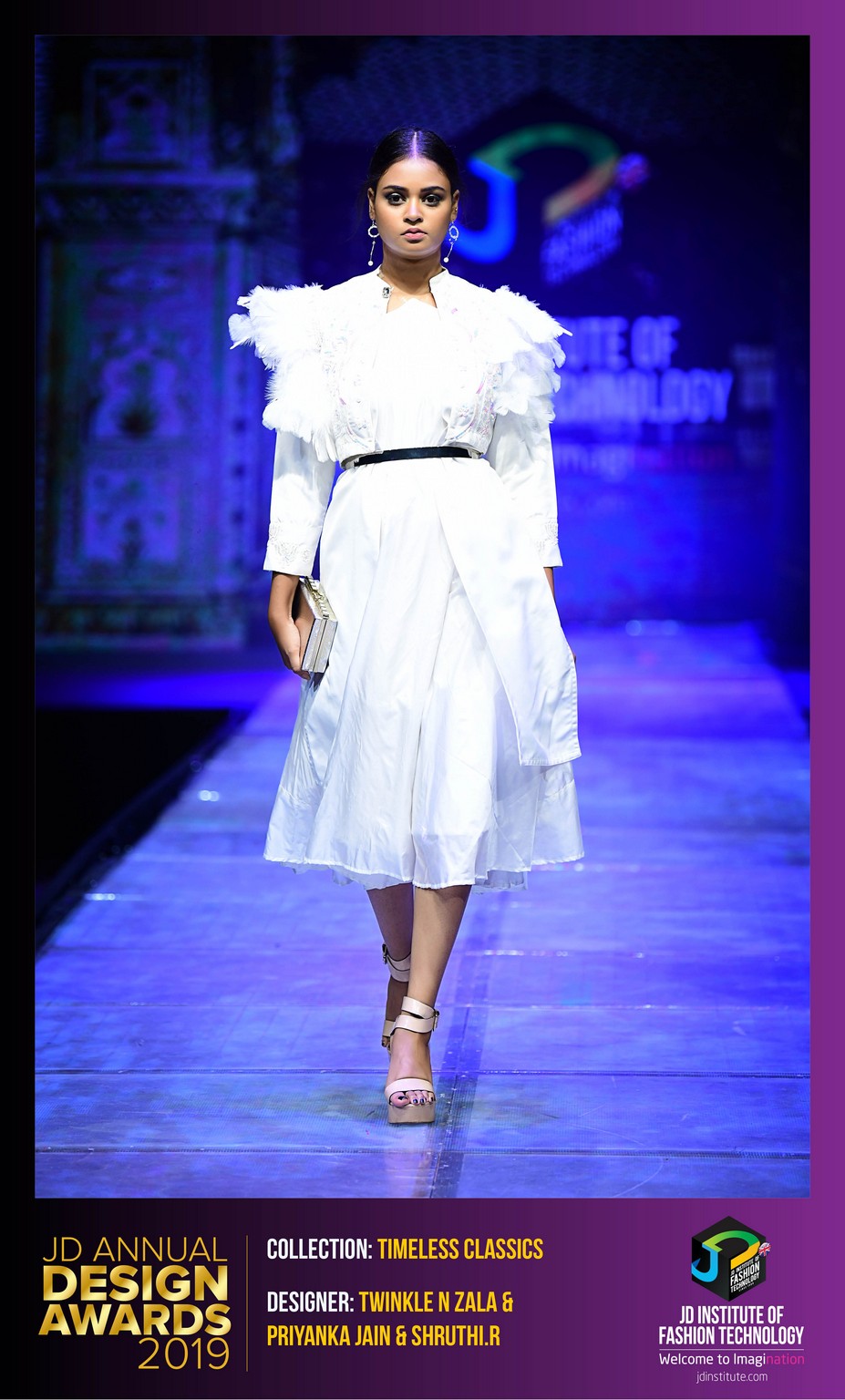 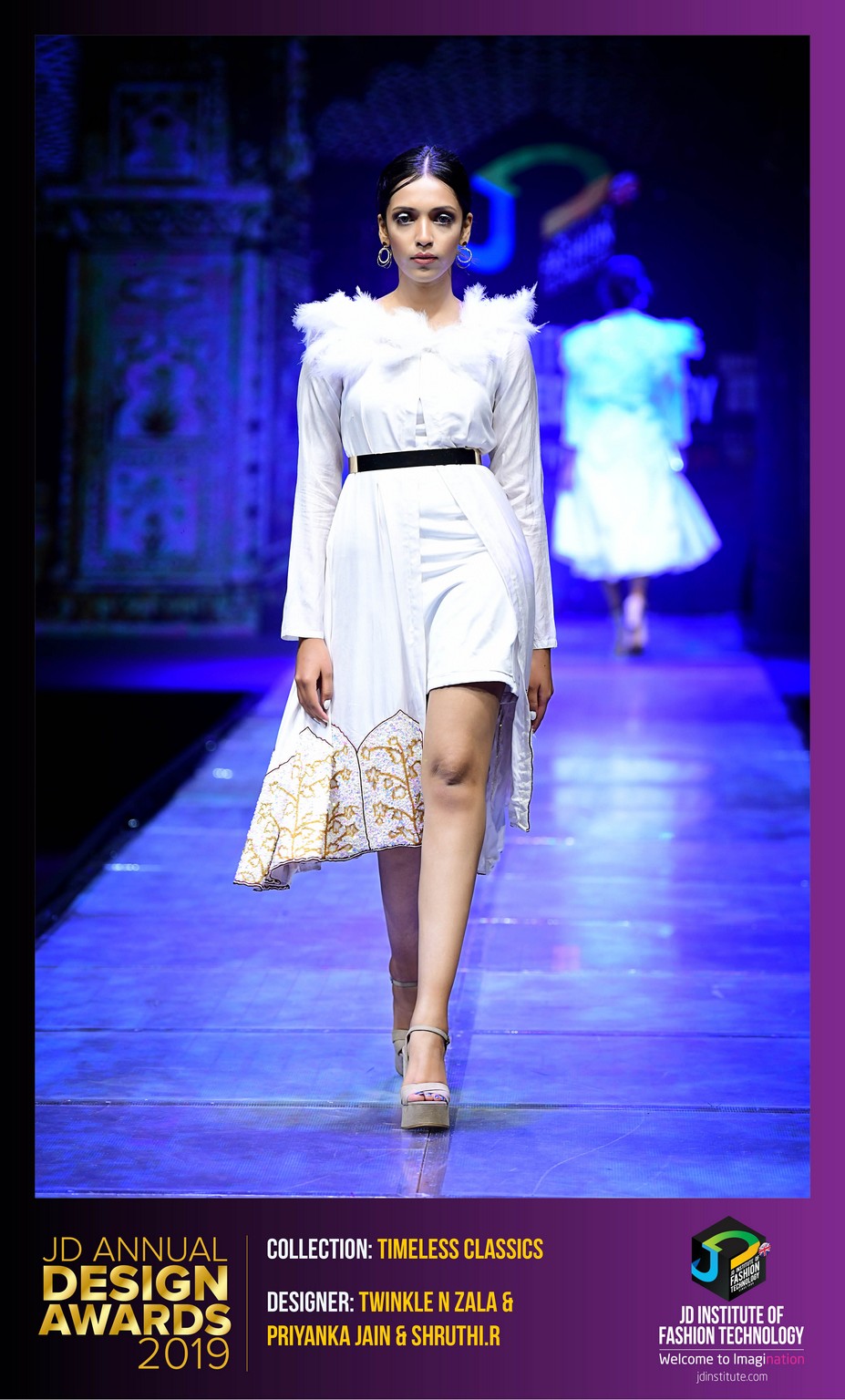 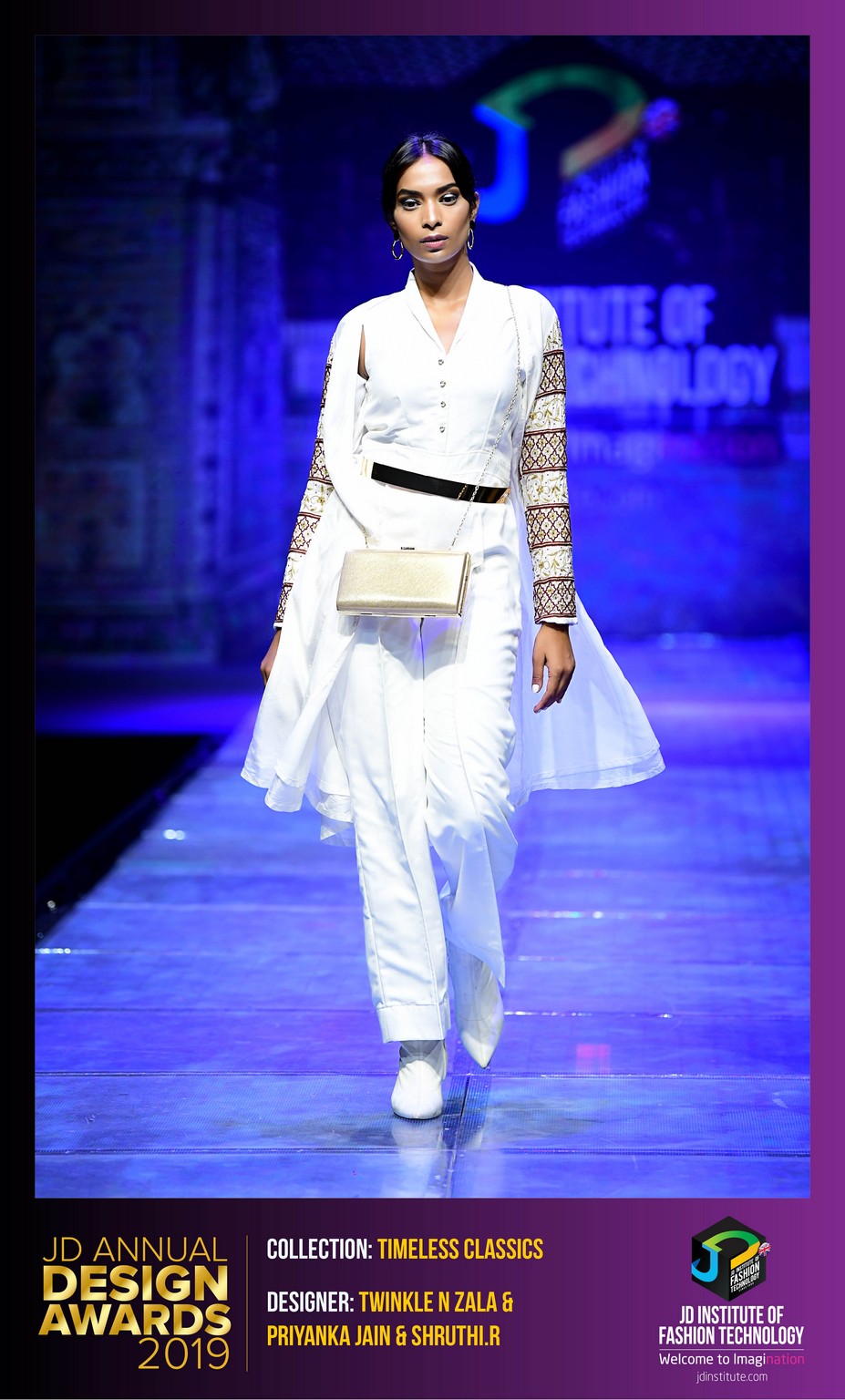 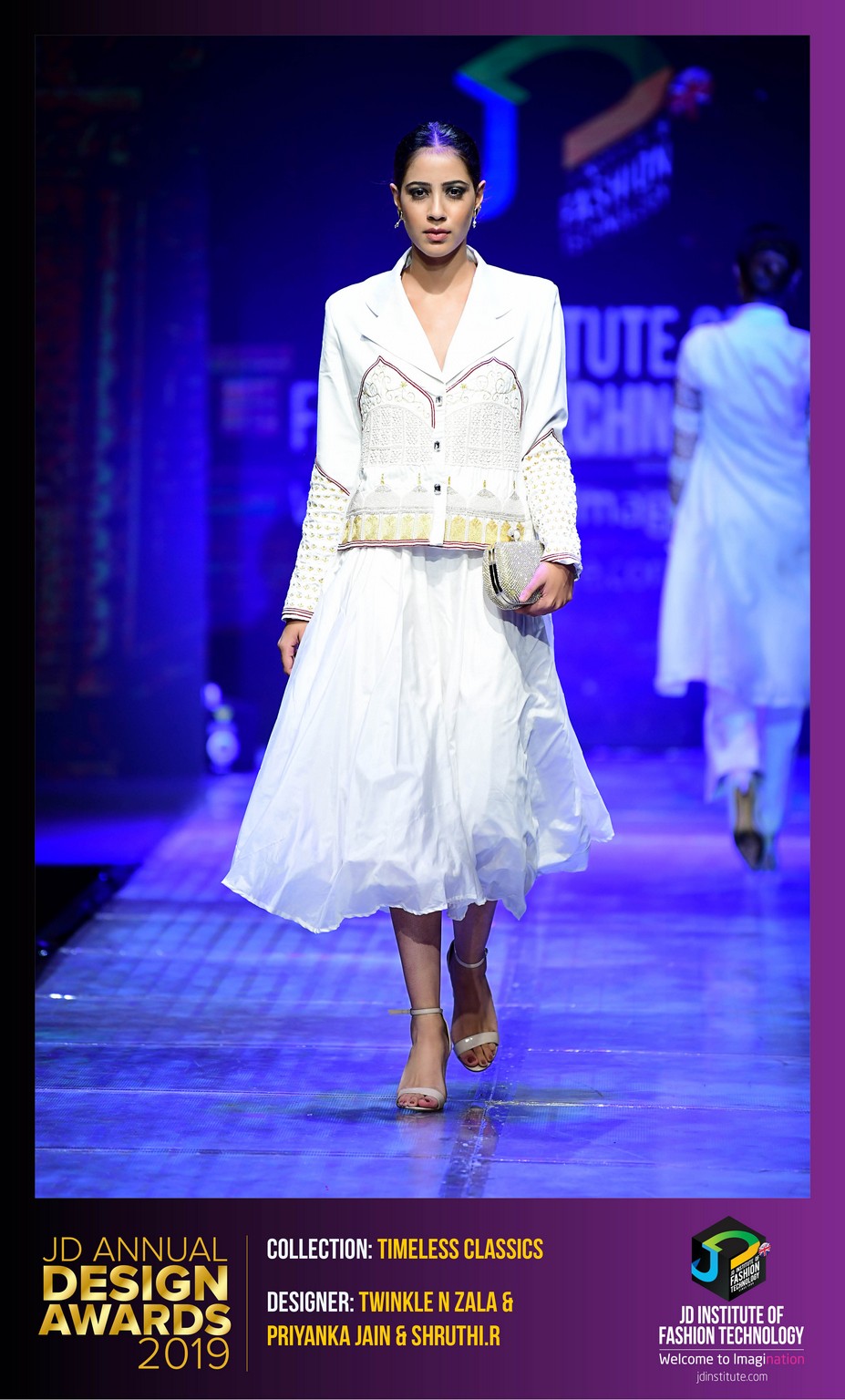 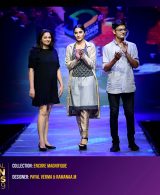 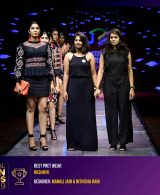