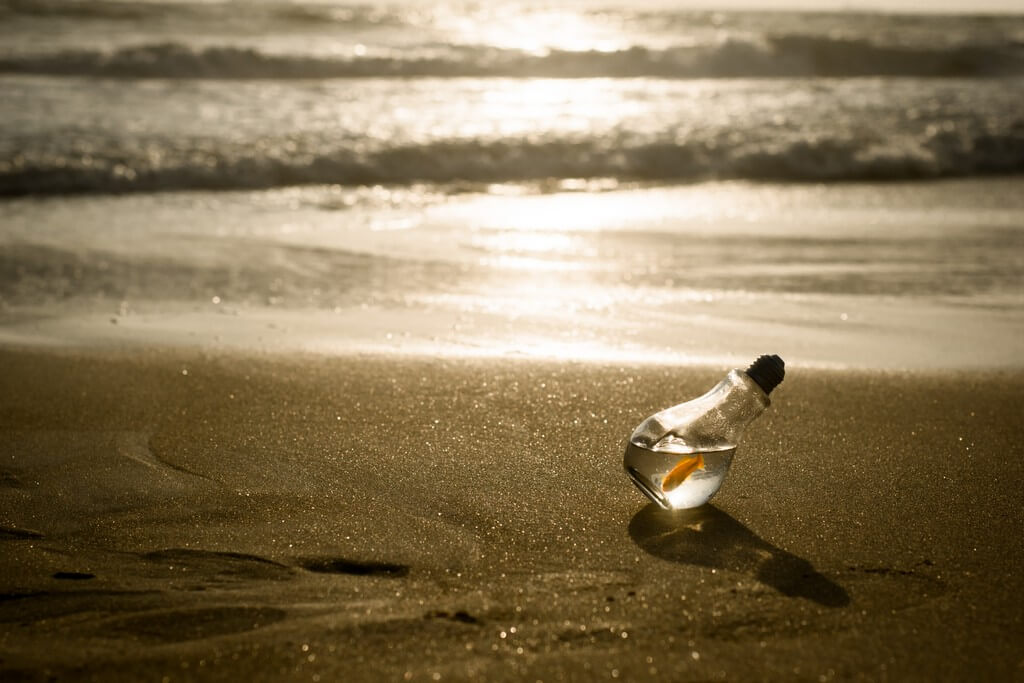 World Ocean Day is held every year on 8th June to raise awareness of the vital importance of our oceans and the role they play in sustaining a healthy planet. A globally celebrated event that looks to bring people and organisations together across the world in a series of events highlighting on ways we can all help to protect and conserve our oceans.

On World Oceans Day, people around our blue planet memorialize and honor our oceans, which also connects us together. By working together, we can and will protect and restore our shared ocean.

Originally an idea put forward by the Canadian Government at the 1992 Earth Summit in Rio, World Oceans Day has been organised by the Ocean Project group since 2002. In 2008 the day gained official recognition from the United Nations General Assembly, a boost in raising the profile of the day and its aims. The number of countries and organisations who mark World Oceans Day increases in recognition of the importance of oceans worldwide. 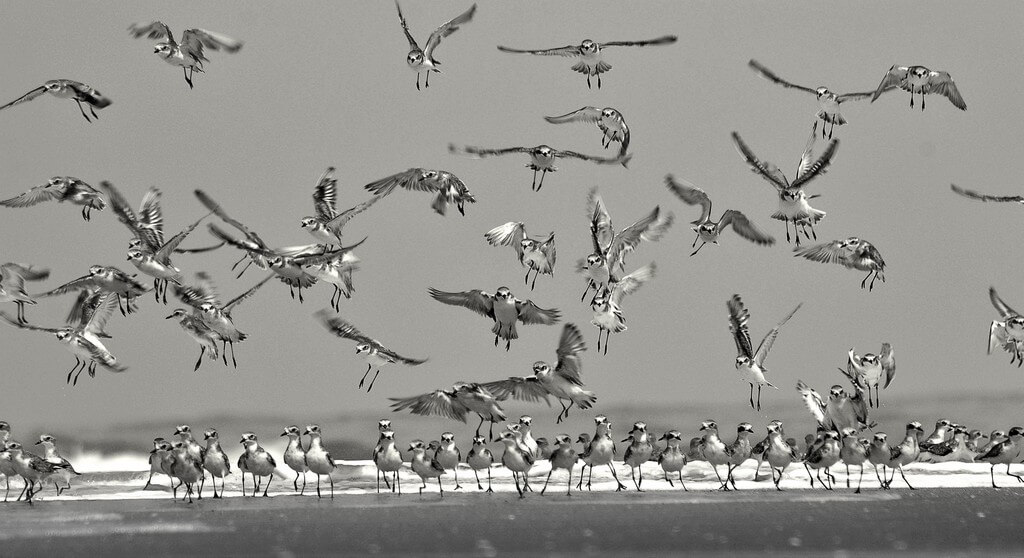 In previous years World Oceans Day has aimed to focus attention on the plague of plastic pollution in our oceans. Free assets were available to download to help illustrate the many problems surrounding plastic pollution, with additional ideas and tips on how to raise awareness of the subject in day- to-day lives. From film screenings to art, beach cleans to festivals, events across the world were held to mark the day. The oceans provide food, generate oxygen, regulate our climate and so much more. This global celebration recognises the importance of conserving healthy oceans. 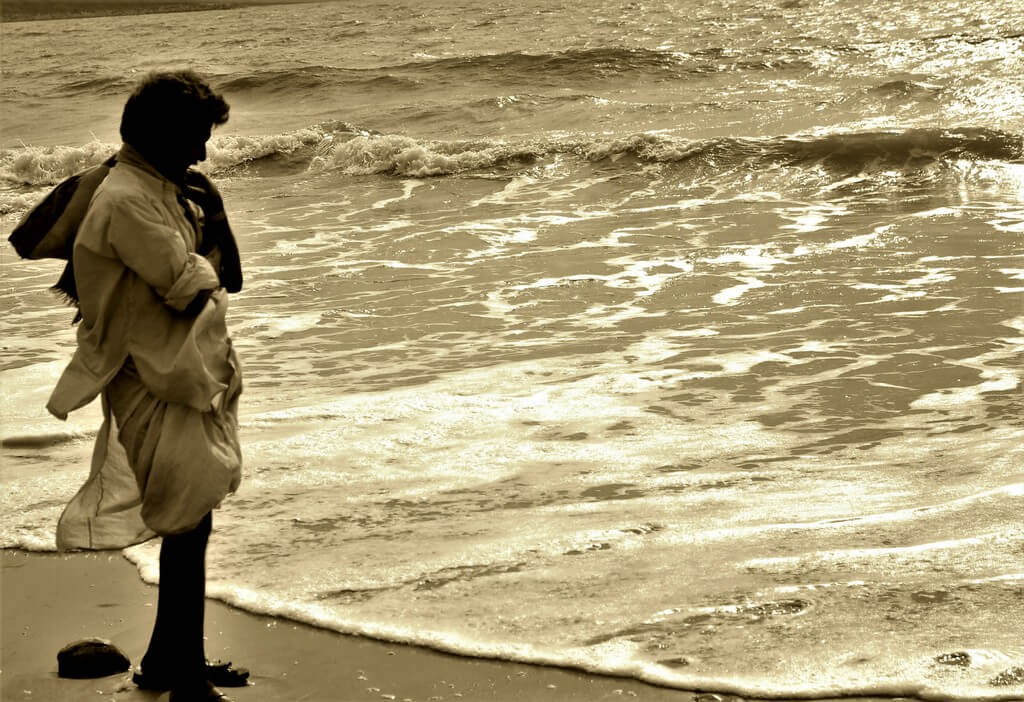 The ocean covers over 70% of the planet. It is our life source, supporting humanity’s nourishments and that of every other organism on earth. The oceans produce at least 50% of the planet’s oxygen, it is home to most of earth’s biodiversity, and is the main source of protein for more than a billion people around the world. Nevertheless, the oceans are key to our economy with an estimated 40 million people being employed by oceans-based industries by 2030.

Despite all its benefits, the oceans are now in need of support.

With 90% of big fish populations depleted, and 50% of coral reefs destroyed, we are taking more from the oceans than can be given back. In order to protect and preserve the oceans and all it sustains, we must create a new balance, rooted in true understanding of the relationship between the oceans and humanity. It is vital to build a connection to the oceans that is inclusive, innovative, and informed by lessons from the past. 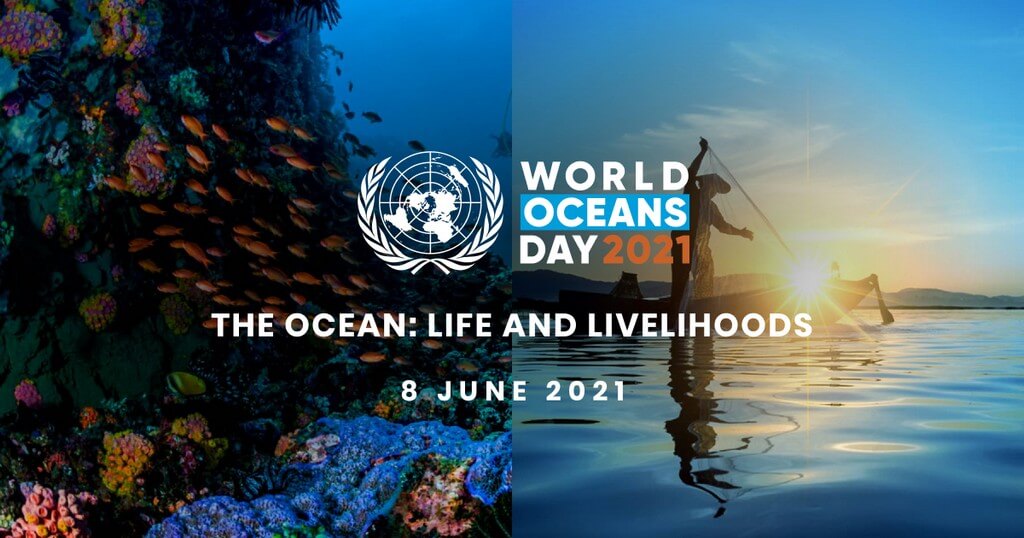 ‘The Ocean: Life and Livelihoods’ is the theme for World Oceans Day 2021, as well as a statement of intentions that launches a decade of challenges to achieve the Sustainable Development Goal 14, ‘Conserve and sustainably use the oceans, seas and marine resources’, by 2030.

World Oceans Day also reminds every one of the major role the oceans have in everyday life. They are the lungs of our Planet and a major source of food,medicine and a vital part of the biosphere. The motive of the day is to spread awareness and educate the public of the impact of human actions on the oceans, develop a worldwide movement of citizens for the oceans, and mobilize and unite the world’s population on a project for the sustainable management of the world’s oceans. The second fully virtual celebration of the United Nations World Oceans Day, will highlight the theme of the event. 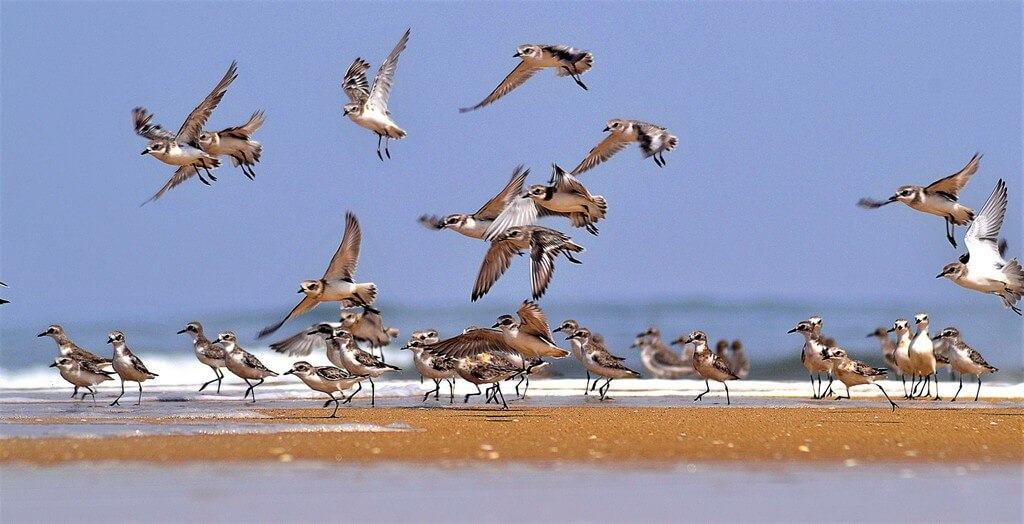 World Ocean Day’s theme is especially relevant in the lead-up to the United Nations Decade of Ocean Science for Sustainable Development, which will run from 2021 to 2030. The Decade will strengthen international cooperation to develop the scientific research and innovative technologies that can connect ocean science with the needs of society. Although, we can always make the smallest changes that will bring the biggest differences. A small change to ‘Blue Beauty’ will help reduce plastic pollution by 50%. This World Oceans Day, let us start being the difference before we ask the same of others. 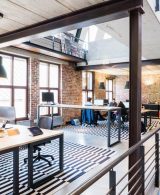 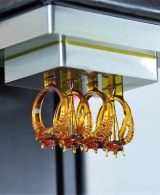