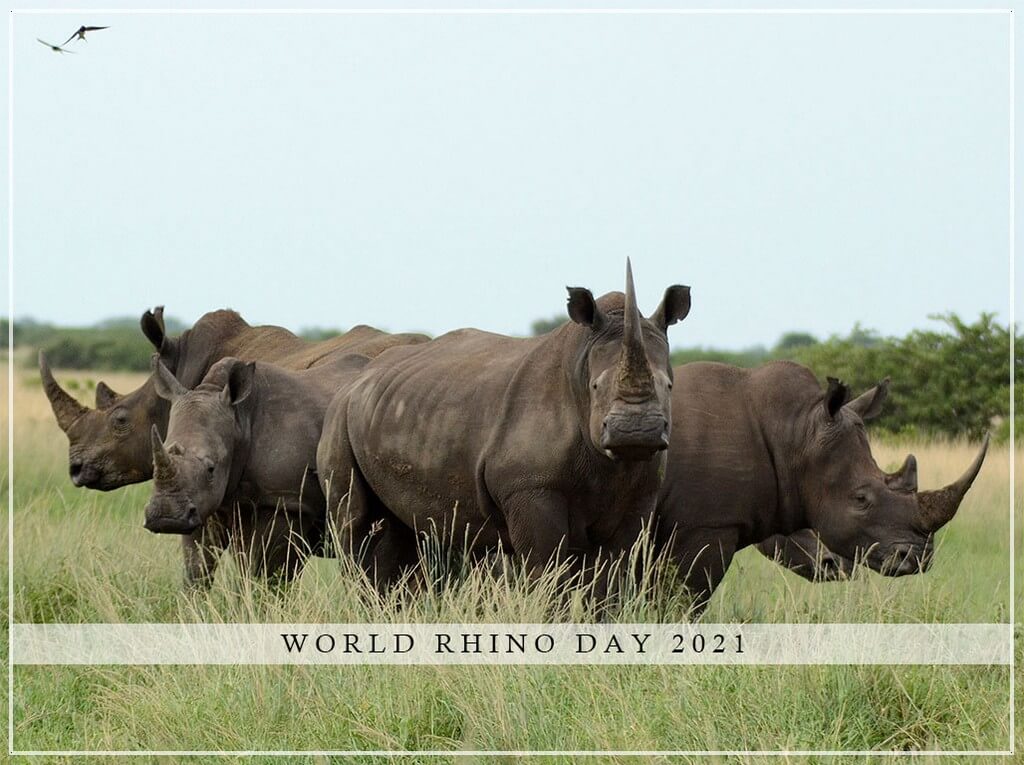 World Rhino Day is commemorated on September 22nd, annually to raise awareness and build a safe natural habitat for these incredible species. One of the main reasons why the rhino population is decreasing is because of poaching, climate change, and the demolition of their natural habitat.

There are five diverse species of rhinoceros that are being brought to the edge of extinction because of the unsatisfied human hunger for their distinctive horns. The medical properties in of their horns is what is keeping them in demand. 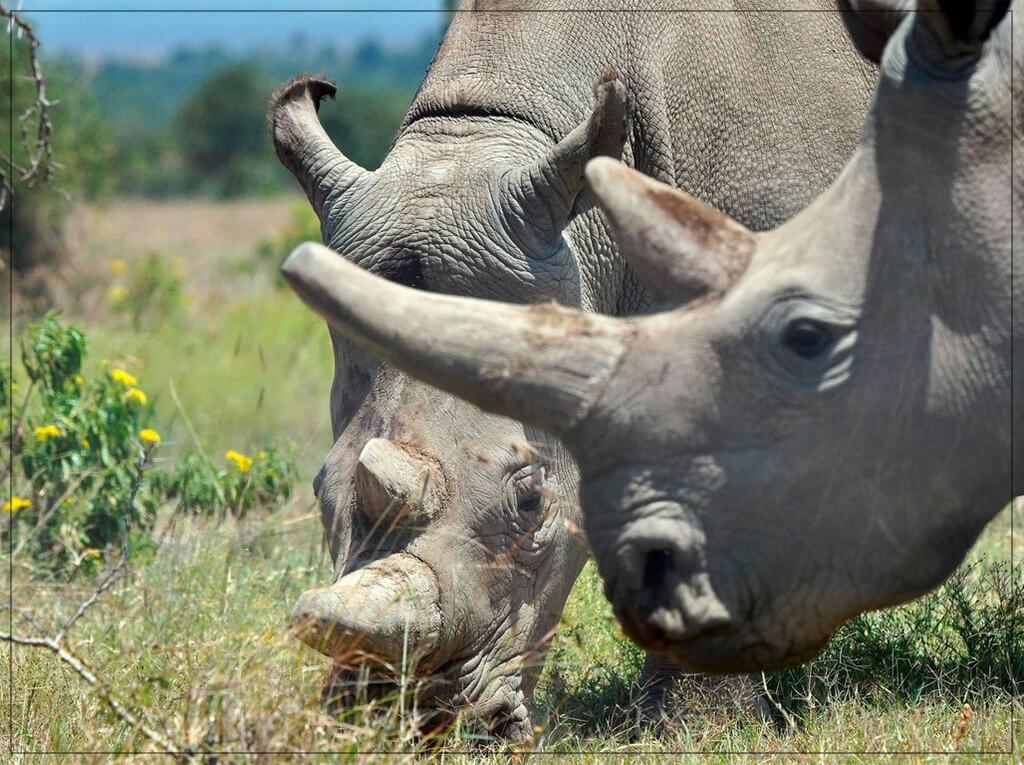 World Rhino Day 2021: These species are entering the stage of extinction due to the unsatisfied hunger of humans for their horns

In 2010, the World Wildlife Fund-South Africa announced to celebrate World Rhino Day annually on the 22nd of September. The event was quickly taken on a global scale, on both both on online and offline platforms when Lisa Jane Campbell and Rhishja Cota joined hands in 2011 to create a massive awareness to protect all five species of rhinos – black, white, greater one-horned, Sumatran and Javan – from extinction.

The number of Rhinos are decreasing and at this time we have to save these beautiful, different and majestic creatures of nature.

The one-horned rhino is also known as the Indian rhinoceros and is listed as a vulnerable species by the IUCN (International Union For Conservation of Nature). The Indian Rhinoceros is mainly found in the Himalayas, in India, and Nepal.

Apart from the Indian one-horned rhino, there are four other famous species. These include the Sumatran rhino, Black rhino, Javan rhino and the White rhino. Here is a closer look on these species: 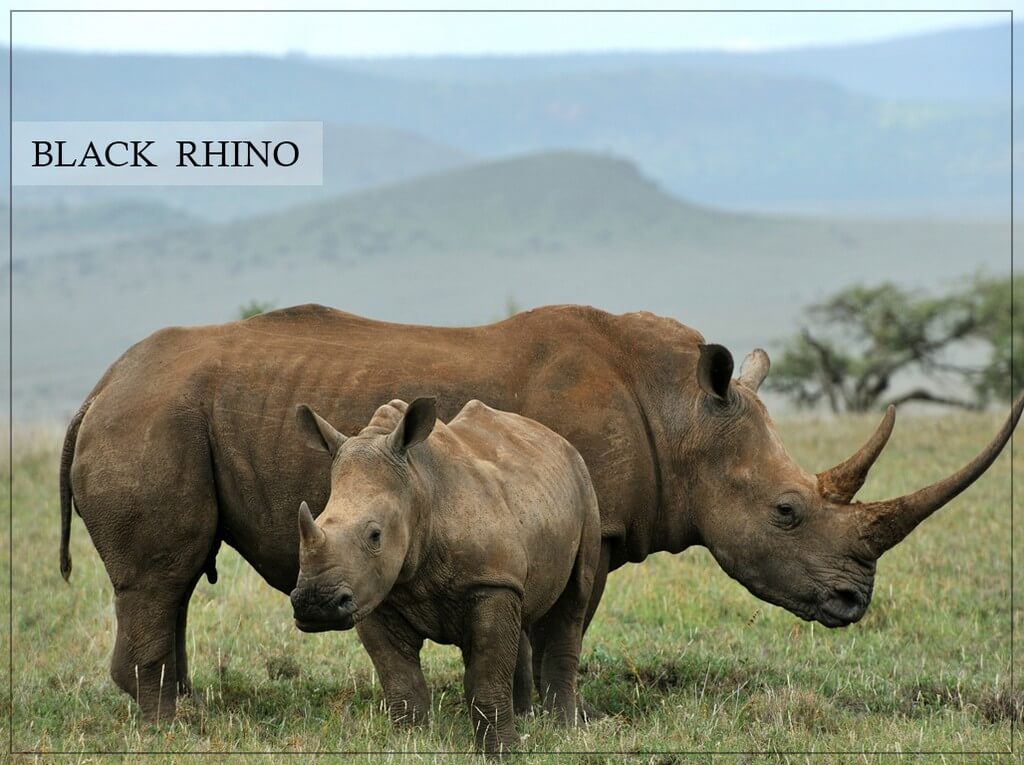 World Rhino Day 2021: The Black Rhino is the smaller species among the two African Rhinos

In order to protect black rhinos from plunder and habitat loss, WWF (World Wide Fund For Nature) is taking action in three key African rhino range countries: Namibia, South Africa, and Kenya. The total rhinoceros population in these nations together comprises about 87% of Black Rhino.

Collaborations with the government agencies and partners of these countries, WFF is working on a law to support enforcement agencies, build support for rhinos in surrounding communities, develop and build on innovative tech solutions, and equip and train rangers to stop poachers. There is also wide support from various organisations in translocation efforts to establish new black rhino populations in these countries to ensure the species is healthy and growing. 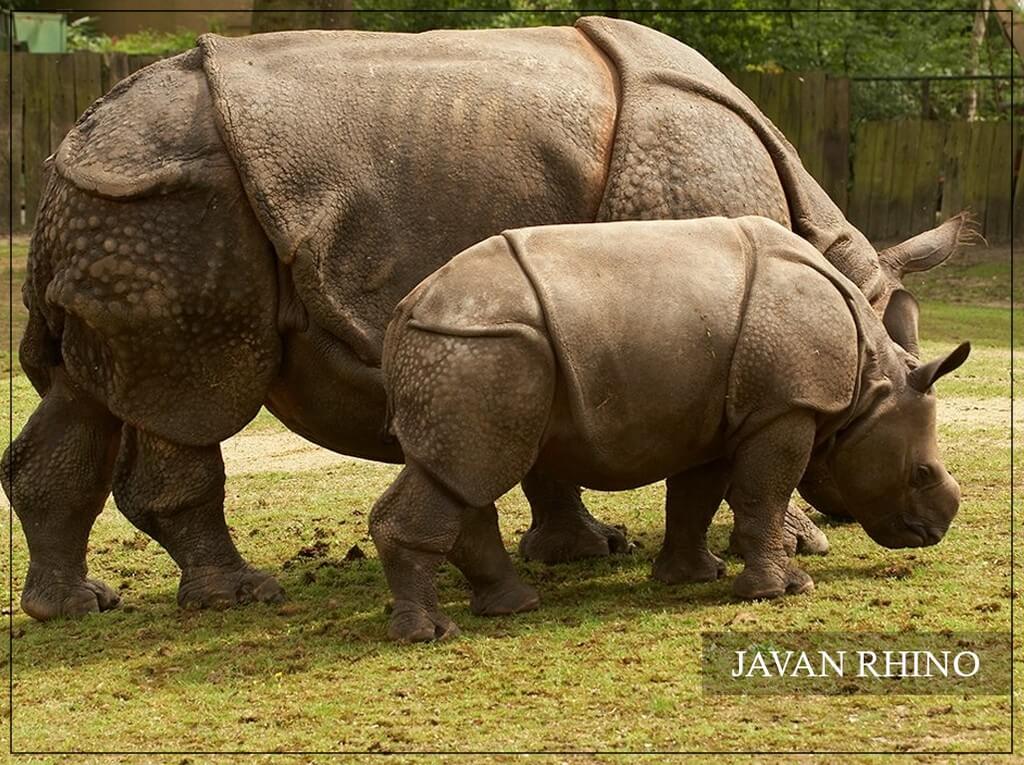 World Rhino Day 2021: The Javan Rhino is one of the most endangered species with only 60 of them remaining around the world

Across the world, there is a record of only 67 Javan rhinos that are estimated to remain, making it a critically endangered rhino species and one of the most threatened large mammal species on Earth. These species are confined to one park on the extreme southwestern tip of the Indonesian island of Java—Ujung Kulon National Park. With the support of WWF, the Rhino Protection Units in Ujung Kulon National Park, Java, are safeguarding the last remaining population of Javan rhinos from poaching and habitat loss. WWF is working to remove the invasive arenga palm tree, which has squeezed out the rhino’s native food plants in 6,178 acres of former habitat within the park. The Extraction of this palm within the park will be followed by active restoration of natural vegetation and food plants for rhinos. They are also conducting research, including camera trap monitoring, which continues to reveal critical information about behavioral patterns, distribution, movement, population size, sex ratio, and genetic diversity. 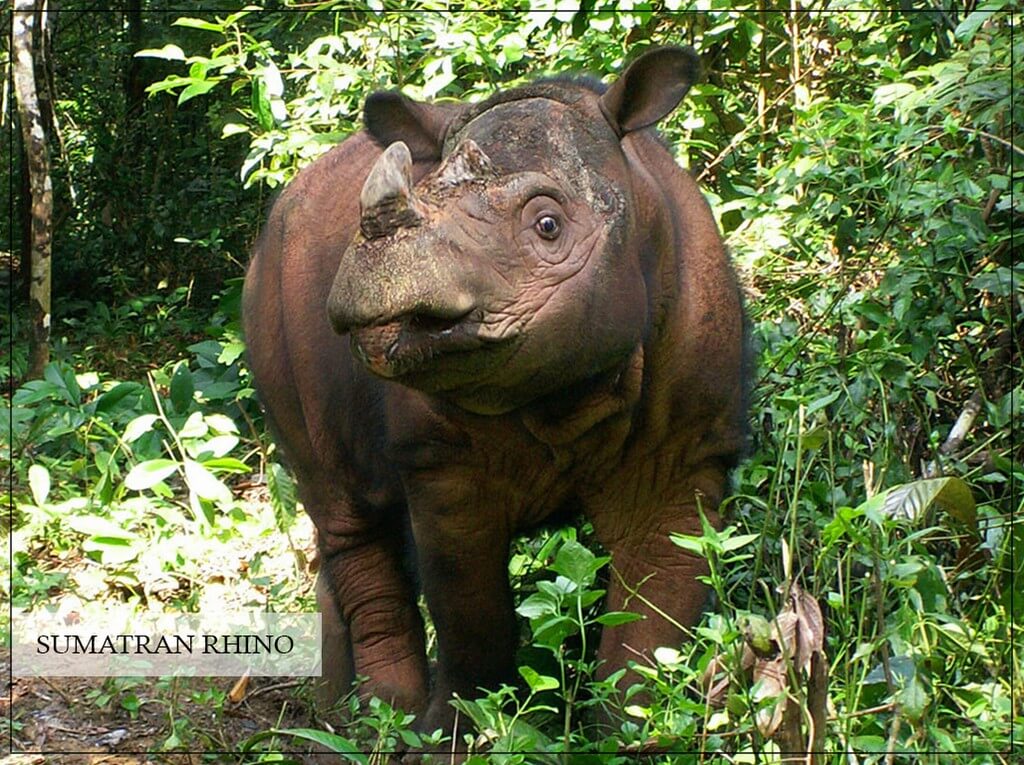 World Rhino Day 2021: The Sumatran Rhino are the smallest among all the rhino species in the world with long hair all over their body

The Sumatran rhino is the most threatened of all rhino species, with fewer than 80 surviving in shattered sub-populations across Indonesia on the islands of Sumatra and Borneo. While there are fewer Javan rhino individuals, the remaining Javan rhinos all live in one site and are a healthy breeding population. The Sumatran rhinos, however, all live in very small and highly fragmented populations on the islands of Sumatra and Kalimantan in Indonesia. These remaining animals are isolated in collapsing pockets of forests that prevent them from breeding. The smallest rhinos on Earth, Sumatran rhinos remain in small and isolated areas, limiting reproduction in the wild. This is resulting in these populations having been on the decline.

With the support of the government of Indonesia, WWF, Global Wildlife Conservation, International Rhino Foundation, International Union for Conservation of Nature, and the National Geographic Society have joined hands together with Indonesian partners on-the-ground to launch a Sumatran Rhino Rescue effort. This journey and initiative began in 2018. The alliance of organizations is focused on the relocation of the widely dispersed rhino populations from the wild to managed breeding facilities designed specifically for their care. Additionally, to secure the remaining rhino population, the effort will develop the infrastructure to care for the rhinos and grow their numbers with the long-term objective of releasing these animals back into the wild. 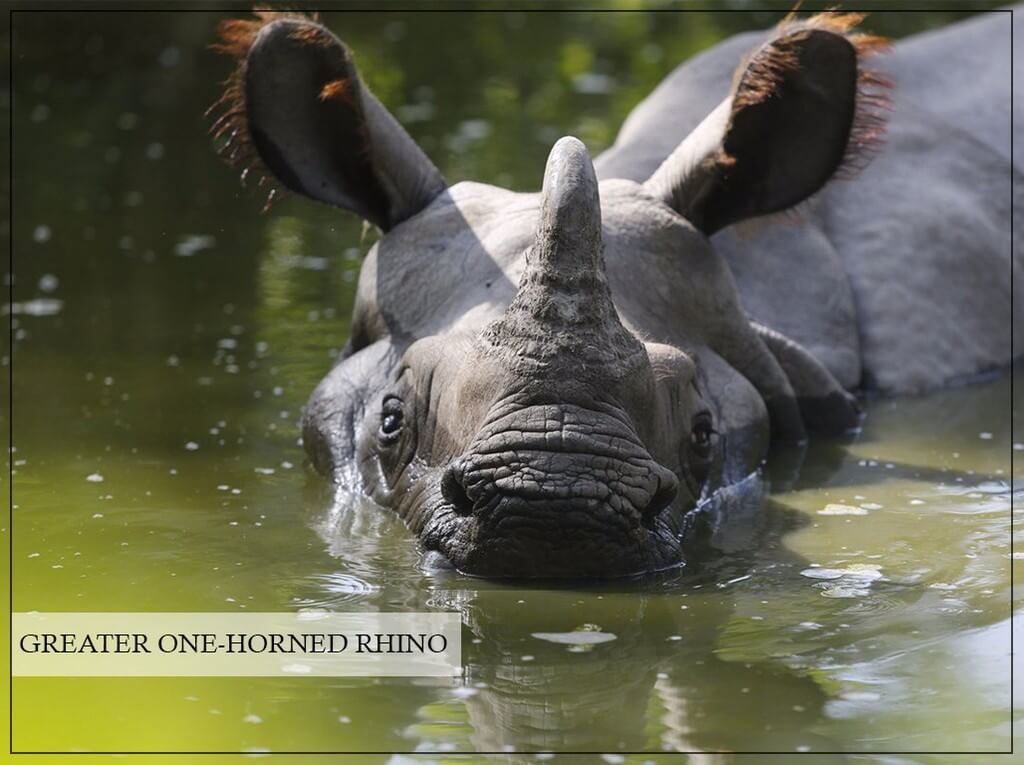 World Rhino Day 2021: The Greater one-horned rhino is also known as the Indian Rhino and is high in demand for their horns as they have medicinal value.

The recovery of the greater one-horned rhino is among the greatest conservation success stories in Asia. As of today, this rhino population stands at around 3,700 individuals, a significant increase from around 200 remaining at the turn of the 20th century. Strict protection and management action from Indian and Nepalese authorities and their partners are responsible for bringing the species back from the edge. However, the species’ remarkable recovery is constrained by a lack of adequate habitat and the ongoing threat of poaching for their horns. Currently, 85% of all greater one-horned rhinos are concentrated in just two locations in India and Nepal.

In order to ensure the continuous recovery of the greater one-horned rhino, WWF is supporting the establishment of new populations by translocating rhinos to protected areas with suitable habitat within the species’ historic range. Translocating rhinos from the two main populations will allow both groups to expand into new territories and will also decrease densities in crowded parks, leading to increased breeding rates.

World Rhino Day activities vary from one participant to the next. Donors and partners are able to contribute to the organizations and initiatives of their choosing. Peaceful demonstrations, classroom projects, fundraising dinners, auctions and poster displays are just a few examples. 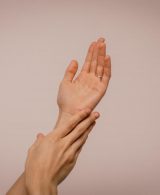 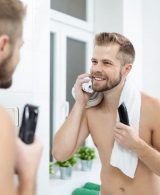