Impact of pandemic on craft emporiums 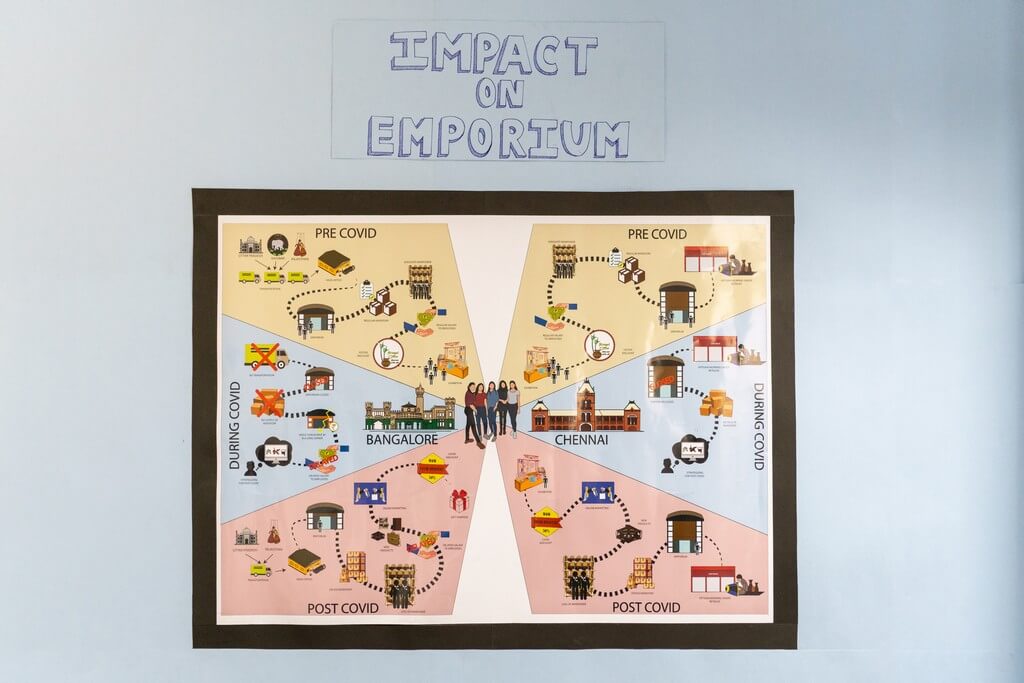 Craft emporiums are not given much emphasis in the study of the retail segment of craft industries. The team ‘Sell, Stock or Discard – Narratives from Craft Emporiums’ comprising Jisha Krishna, Shreya Agrawal, Manini Mishra, Aysha Siddika Asma and Aosangla Ozukum of Post Graduate Diploma in Fashion Design and Business Management 2019 batch wanted to investigate how the pandemic has affected the retail segment of traditional handicraft making and what influences their growth and development. “There is not much awareness of such enquiry among fashion students as we mostly concentrate on the making part, and not on retail” says one of the team members. This is what inspired them to investigate how covid has impacted — if it has — and to come up with analysis about the way these retail organisations were able to adapt to changes. 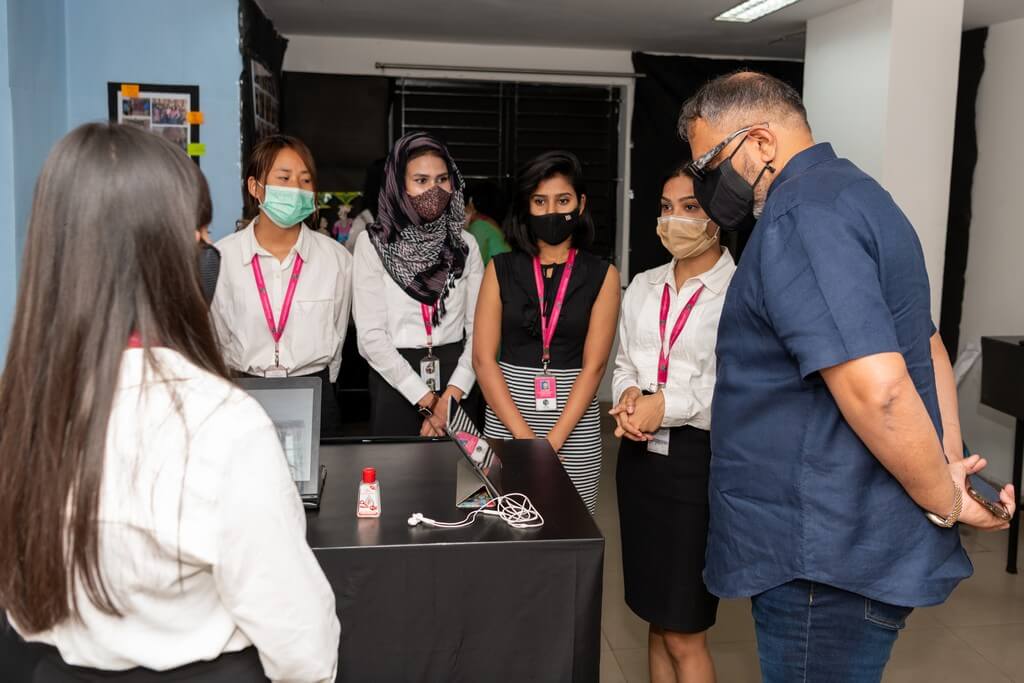 Discussion of the impact of pandemic on craft emporiums

Defining an ‘emporium’ as a space for the retail, display and exhibition of craft of a particular state or collective region, the team visited around fifteen of these government and private spaces in each of the two cities of Bangalore and Chennai. Stating reasons on proximity and convenience as to why they chose these two cities, they were able to come up with a comparative analysis on the way emporiums in both these cities dealt with pre-, during- and post-covid times. Based on various secondary research obtained from readings and literature, the students formulated a questionnaire that addressed issues such as lockdown restrictions, transport and inventory, which were presented to the emporiums that they visited. The data was collected and synthesised, and this analysis was summed up in a pictorial representation through a flow-chart.

In Bangalore, the emporiums support not only regional crafts but also from other states of India such as Kashmir and Uttar Pradesh. The pre-covid situation therefore involved the transportation of bringing these crafts to the head office, and then being sent to the various emporiums in the city based on inventory. Pre-covid also saw discounts only being offered during festive seasons. During covid, there were transport restrictions that prevented the supply of inventories, and the emporiums remained closed which affected their sales. Many employees faced delay in receiving their salary and plans of selling products online were strategised, along with the planning of new products that could be made post-lockdown. Post-covid saw a reduction in transportation, with transport only happening from selected parts of the country. This led to an excess accumulation of inventory due to the loss of customers because of the prevailing lockdown restrictions; this resulted in the many employees being laid-off from work. Most of these enterprises however started utilising digital platforms and adapted to the selling of products that are relevant in the current times such as masks, jute bags, laptop bags and such. The retail also saw options of covid discounts and gift hampers to attract sales.

In Chennai, the emporiums mostly supported crafts from the southern part of the country and they had their own artisans who created work unlike how it is in Bangalore. Pre-covid, because they had their in-house artisans, the work created was in proportion to the inventory, with adequate man-power, conduction of exhibitions and facilitation of discounts during festivals. During covid the production of craft continued, however since there was no sales because of closure of emporiums, there was an excess of inventory. Like other retail enterprises, they tried exploring digital retail platforms and formulated new products that they could sell post-lockdown. After covid, the emporiums still struggled to regain the equilibrium of supply and demand, and worked on finding a balance in regulating the inventories. The main product that they introduced was the mask, and they were able to resume with their exhibitions. 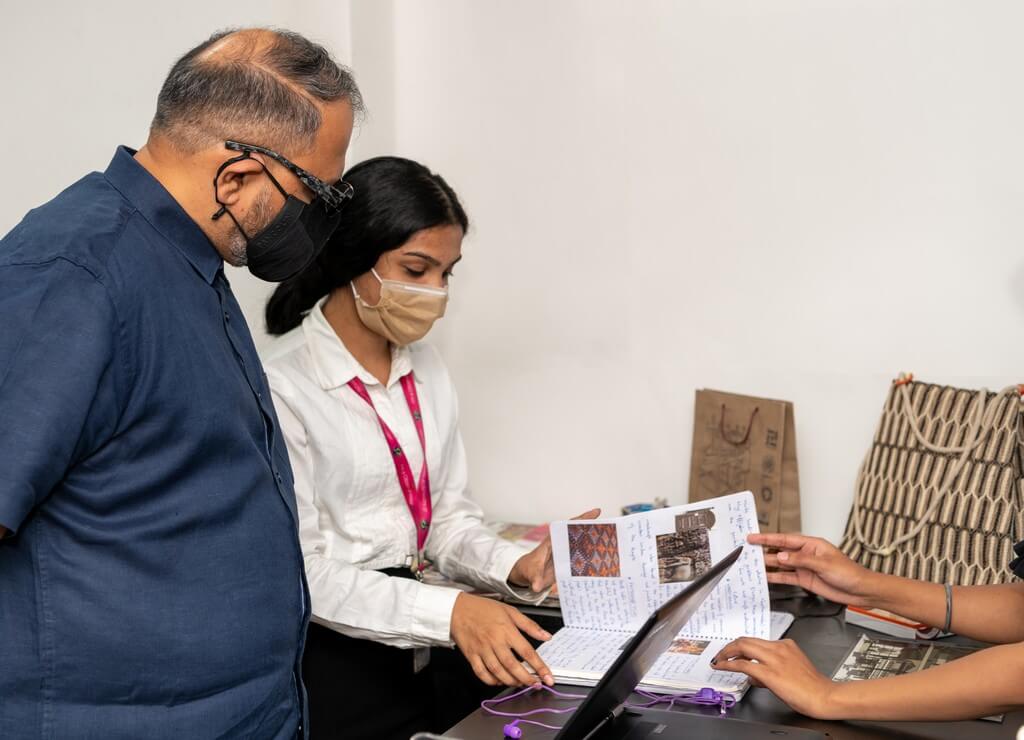 Discussion of the impact of pandemic on craft emporiums

Drawing an analysis on their research and field study, the team was able to conclude that the emporiums in Bangalore suffered more financially than the ones in Chennai, especially the private enterprises. As tourists are mostly the customers of the emporiums in Bangalore, the lockdown restrictions that prevented them from traveling to the city was the main reason why they suffered more than the ones in Chennai which had a more regional customer base. Along with this, the restriction in transport as well as the sudden increase in its logistical cost to be shipped from other states affected their international export operations, many of which were cancelled because of overseas travel complications. The team also shared their observation during their field visits that due to the shortage of space, the excess inventories were stored in poor conditions, with many of them being damaged and covered in dust. They also understood that most of these unsold products were disposed of because of their damaged conditions. Further, most of the emporiums had to resort to selling their inventories to third-party retailers.

“It was really interesting to analyse craft from the perspective of the supply chain, because without it craft or any creative medium won’t be able to sustain themselves. Therefore, this project inspired us to understand how the retail sector with regard to craft emporiums were able to cope during this challenging time”, says one of the students when asked about her experience doing the project. The project ultimately helped the students question the relevance and adaptability of craft practices in the contemporary context, enquire new ways of retail methodologies, and understand the resilience of such retail systems to unforeseen challenges.

Impact of pandemic on craft emporiums 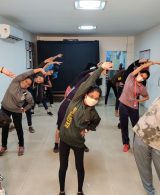 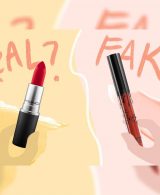