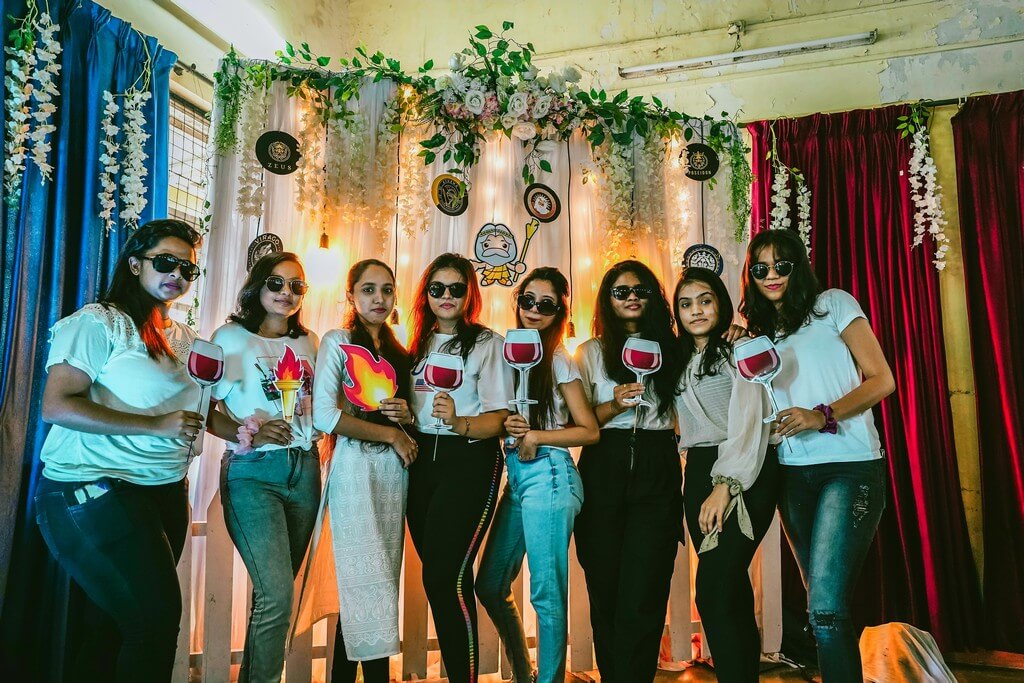 JD Institute of Fashion Technology Goa  recently held its first ever ‘Welcome Party’ for all the students. The newly formed Cultural committee, along with the staff of JD Goa were extremely excited to organize the Welcome party and very diligently planned the same.

The theme for the welcome party was decided and named as “G3 IN 3G” which when elaborated means ‘Greek God’s Greet in the 3rd generation’, got the students buzzing with excitement. 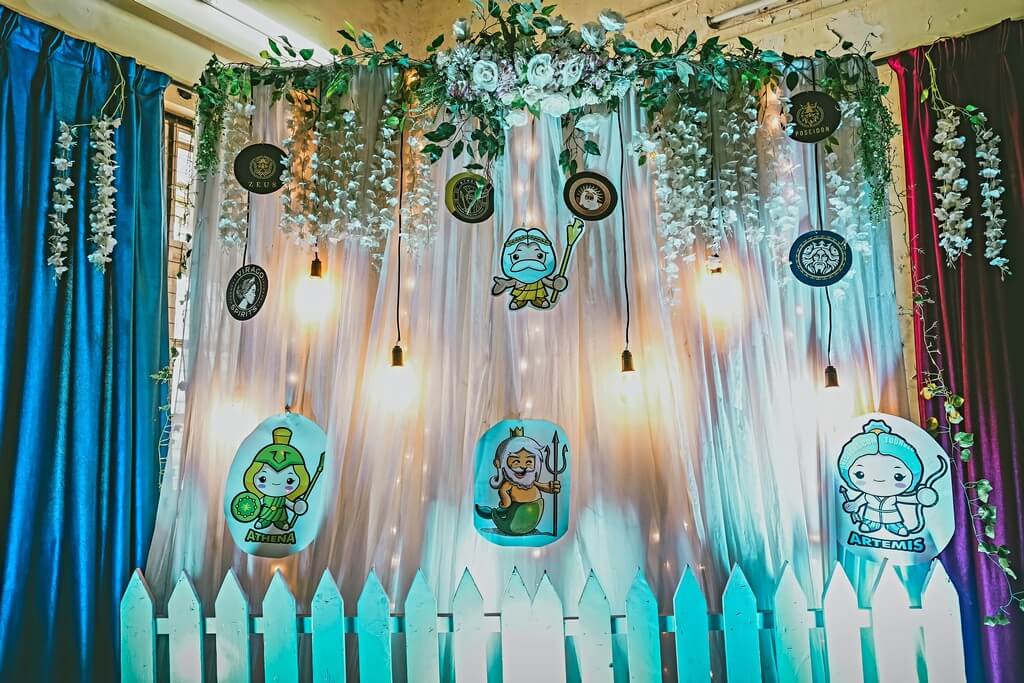 The event was held on 14th October 2021, Thursday. Students from all batches eagerly participated in all the preparation work and also in putting together cultural events that made the day more eventful and fun. Going by the buzz and zeal of the students, the faculty and staff were encouraged to perform in the event as well.

The event day had everyone the most excited. The Welcome party opened with a bang by the hosts of the day Ms. Raisa and Mr. Ranjit dressed up as Goddess Aphrodite and God Zeus respectively to bring about the feel of the theme. 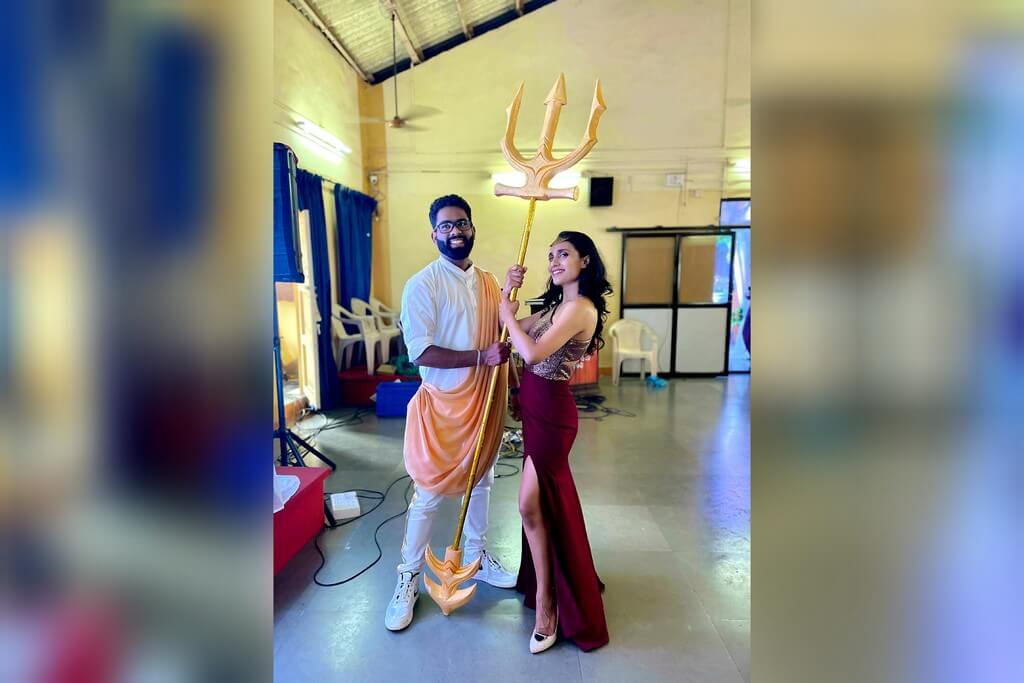 The function was then officiated by a few wise words by Principal in charge – Mr. Umesh Naik and Principal – Dr. Daisy John followed by the lighting of the lamp along with the faculty, staff and students. 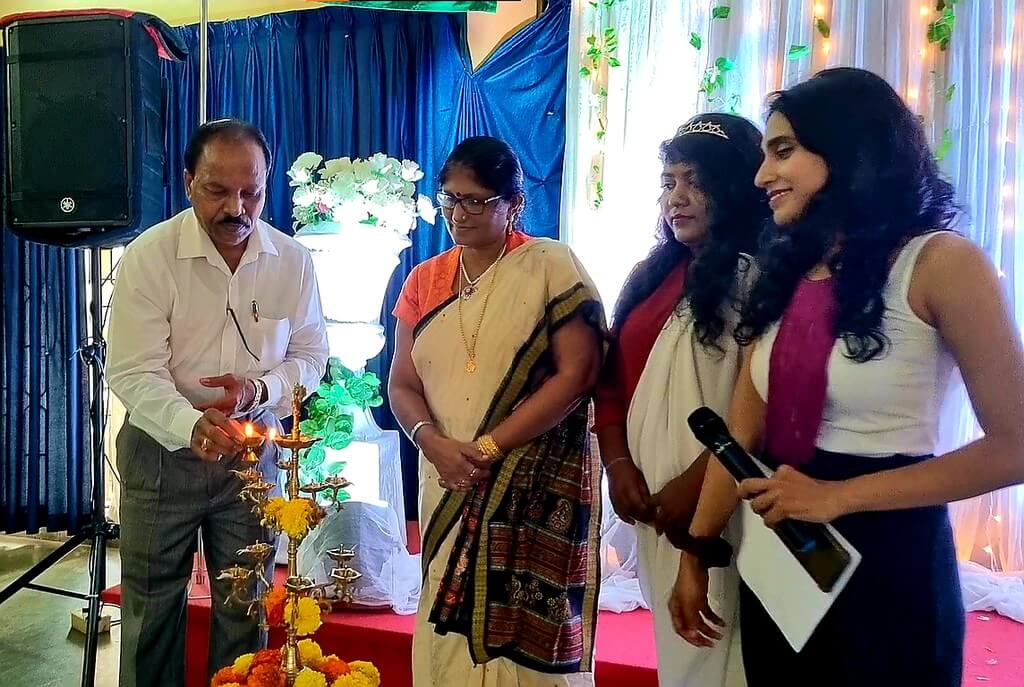 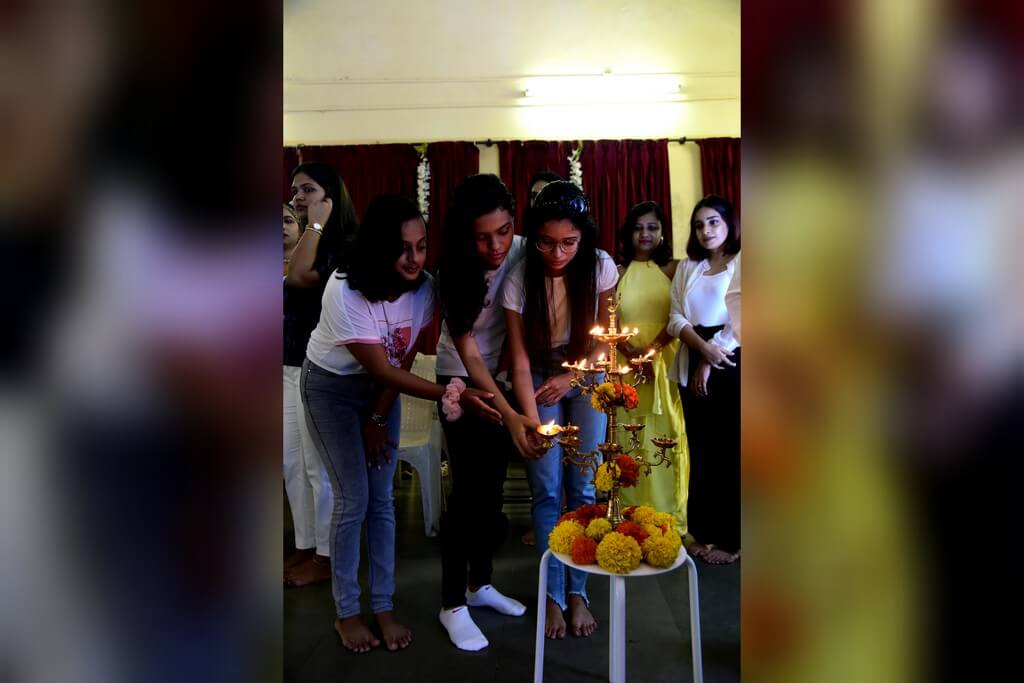 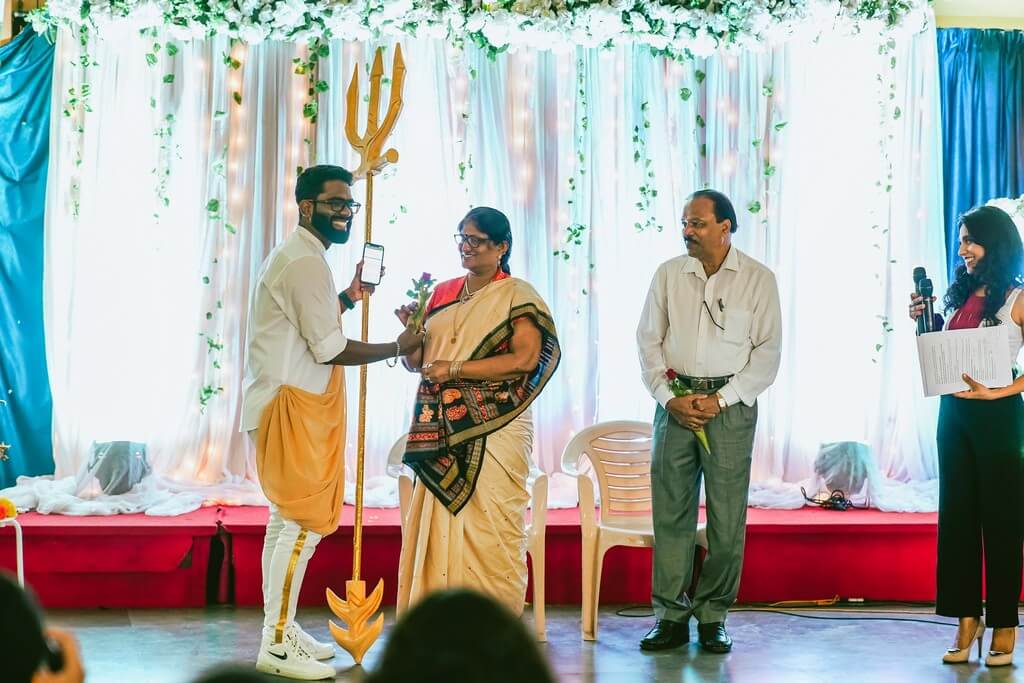 Then started the performances. The first performance was a beautiful melody by 2 staff members Mr. Fayaz and Ms. Deepika.

The melody was then followed by a dance series put forth by the staff. The opening dance act was initiated by Mr. Ranjit and Ms. Raisa, followed by an extremely lovely classical dance by Ms. Nikita which left the crowd astounded. The next dance sequence was an Indo western dance by Ms. Nikita, Ms. Alex and Ms. Raisa. The students seemed to be extremely excited and happy upon seeing the faculty performances. 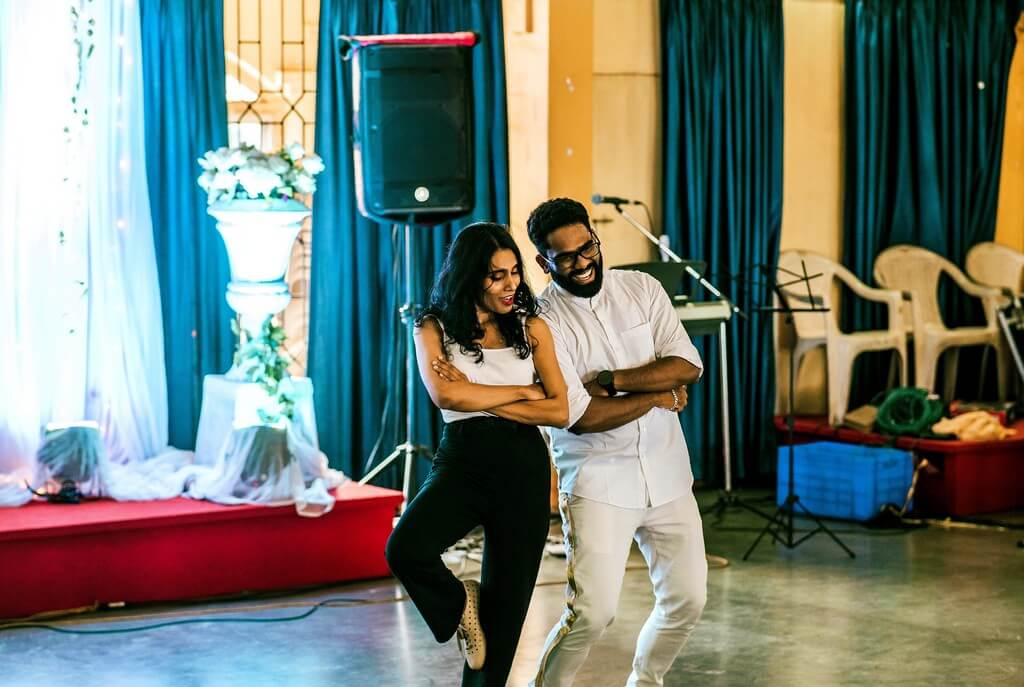 Dance performance by Mr. Ranjit and Ms. Raisa on the song Liggi 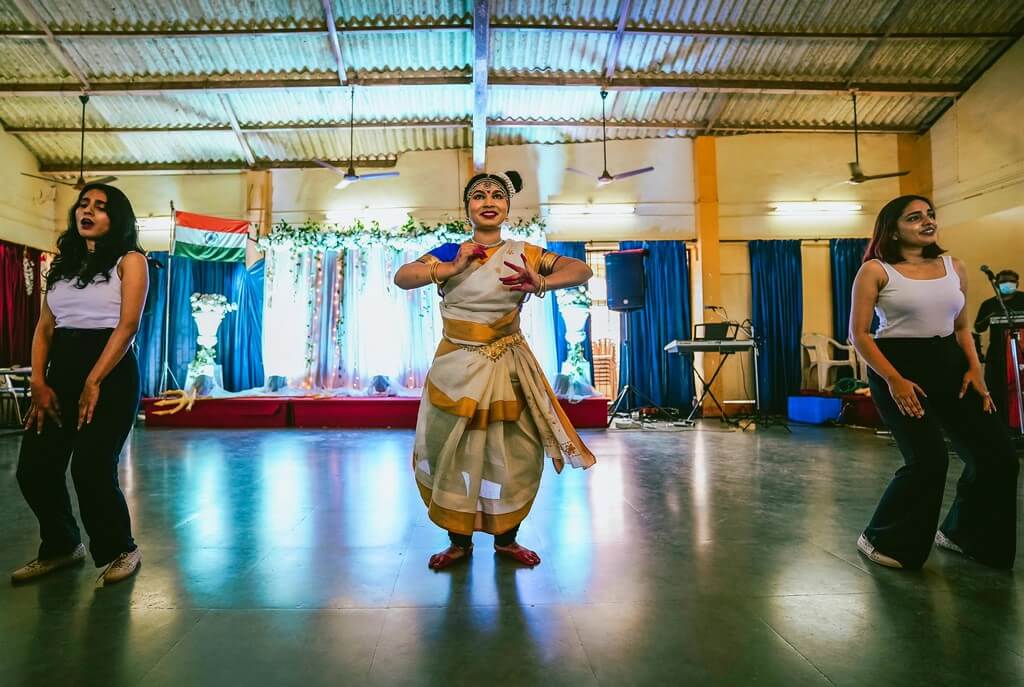 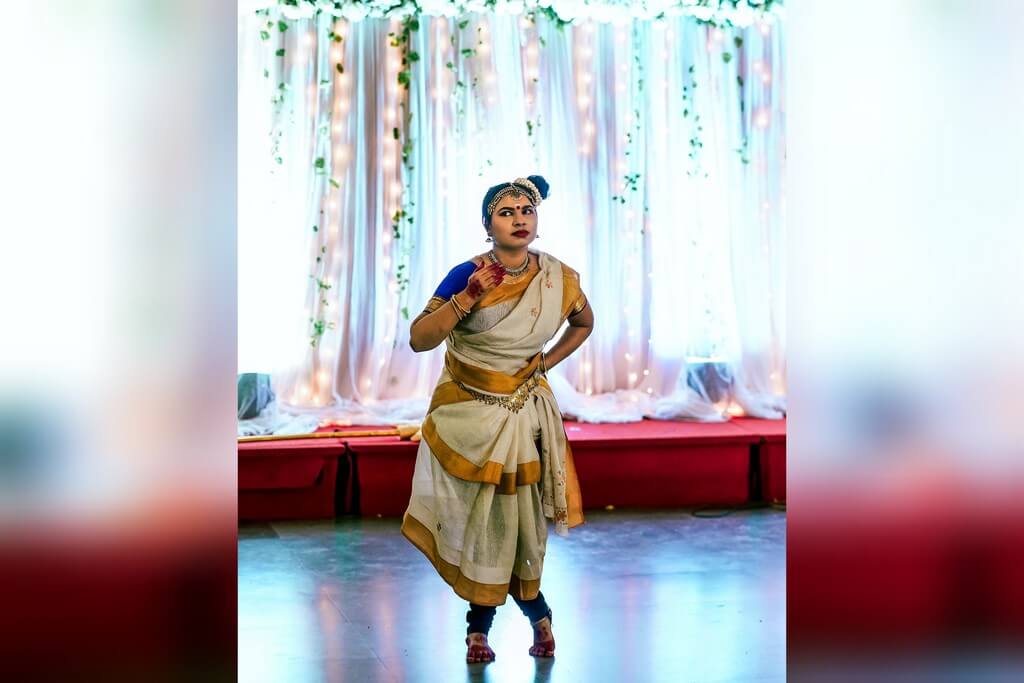 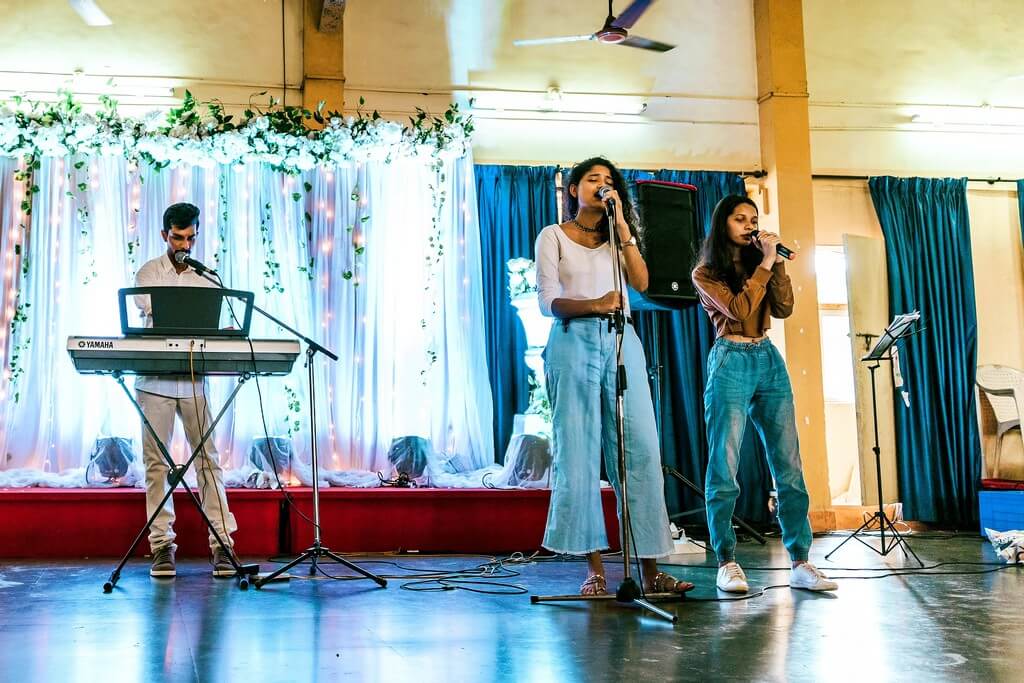 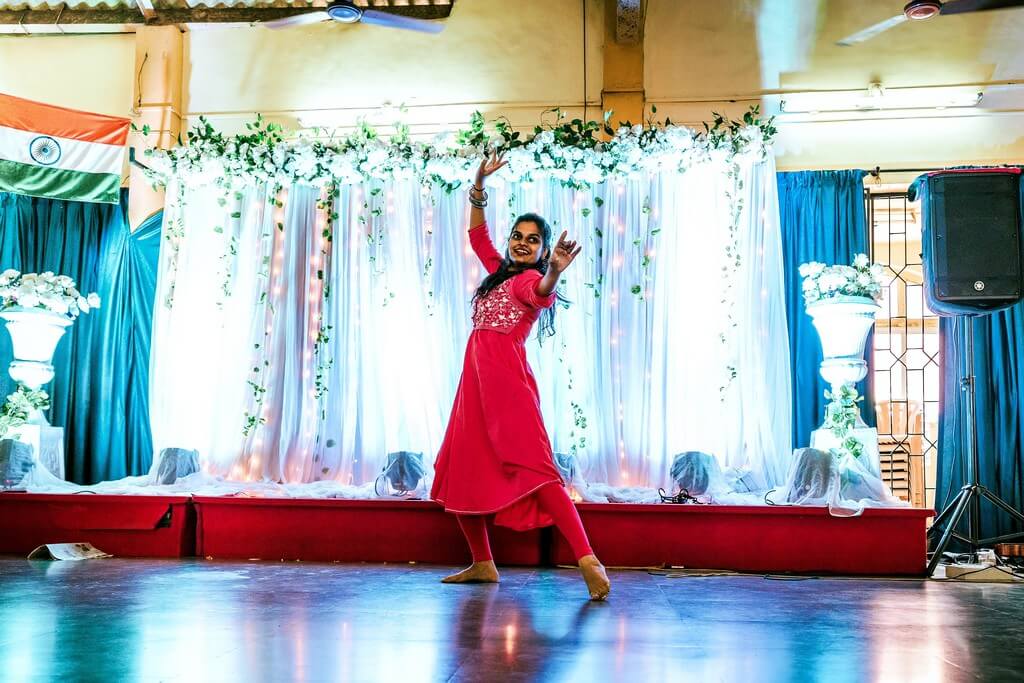 A graceful dance performance by student from BS.C FD 2019 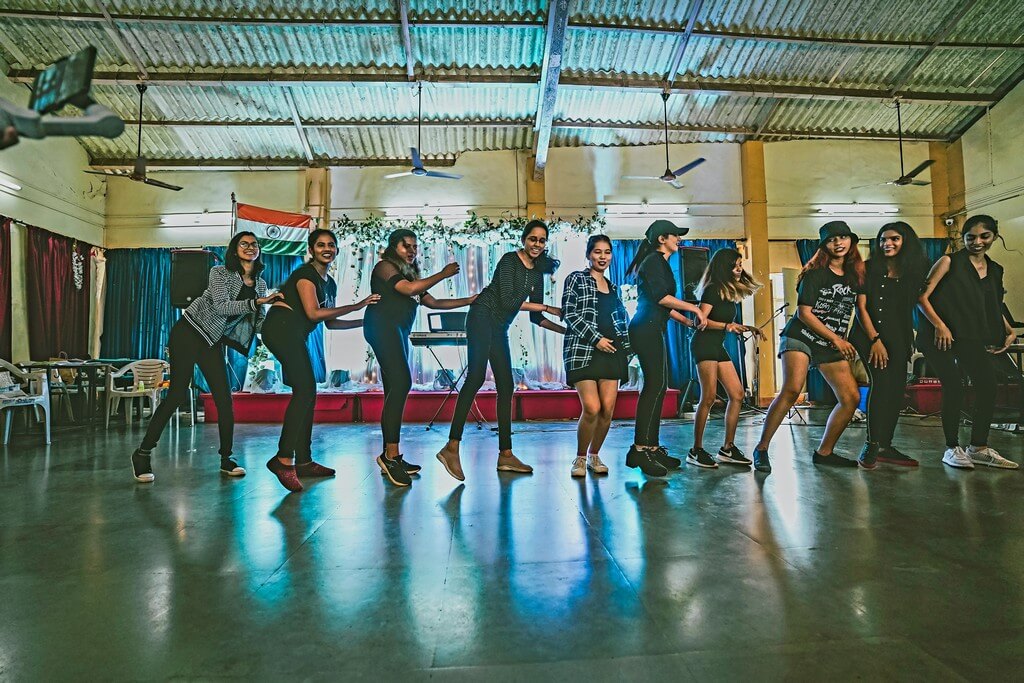 A trendy group dance by students from BS.C FD 2021 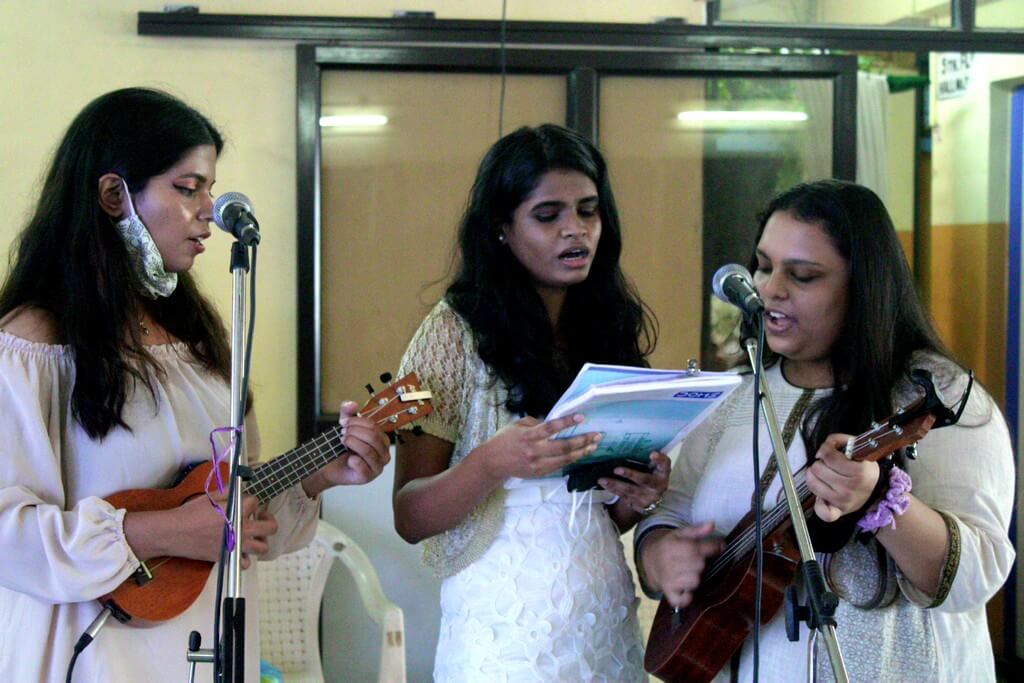 A melodious musical performance by students from BS.C ID 2020 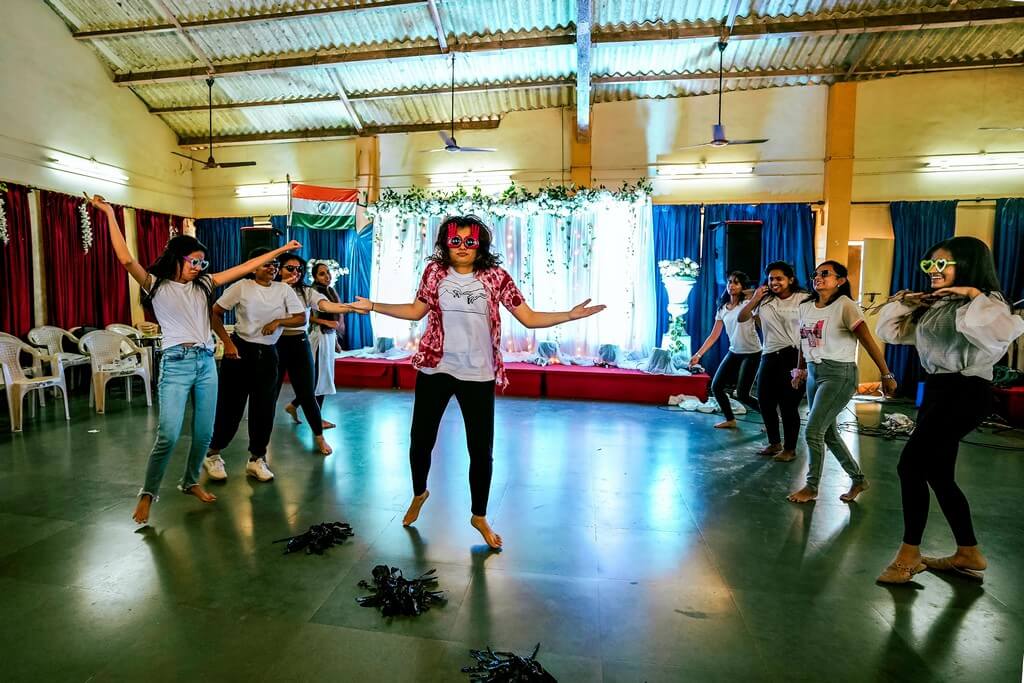 An entertaining act and dance performance by students from BS.C ID 2019 & ADID 2019 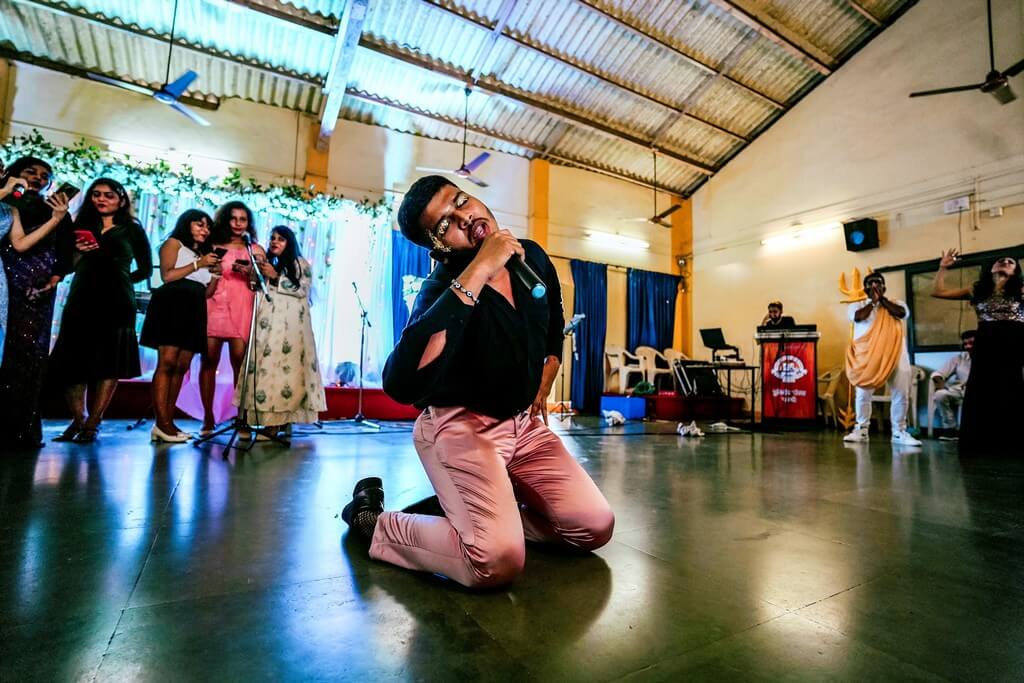 An amazing act and musical performance by students from BS.C FD 2019 & ADFD 2019 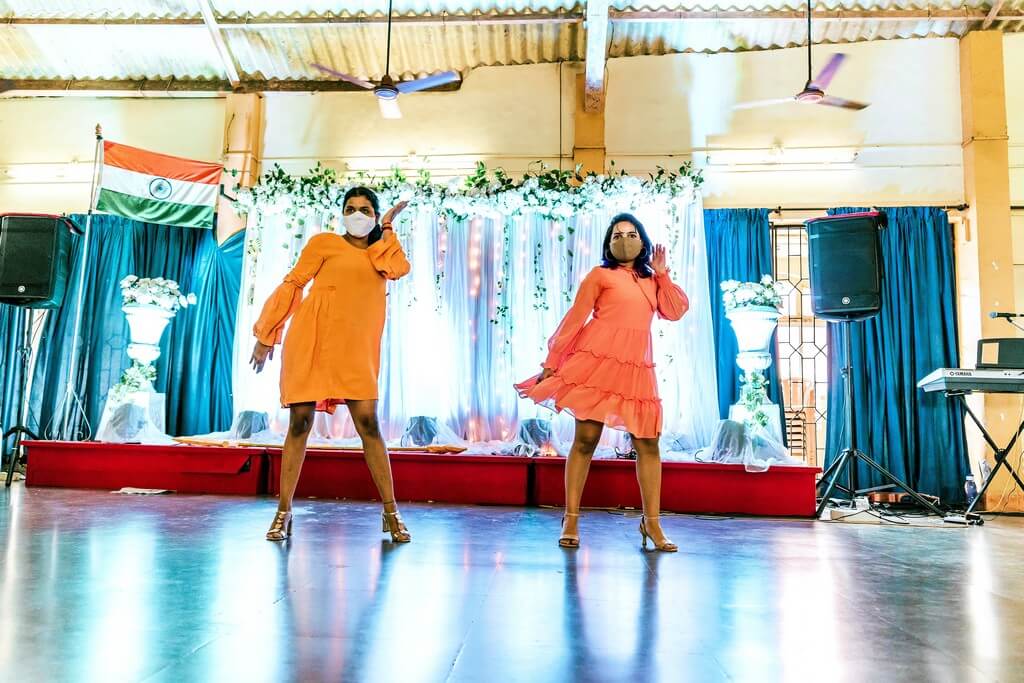 A well co-ordinated dance performance by students from DFD 2021 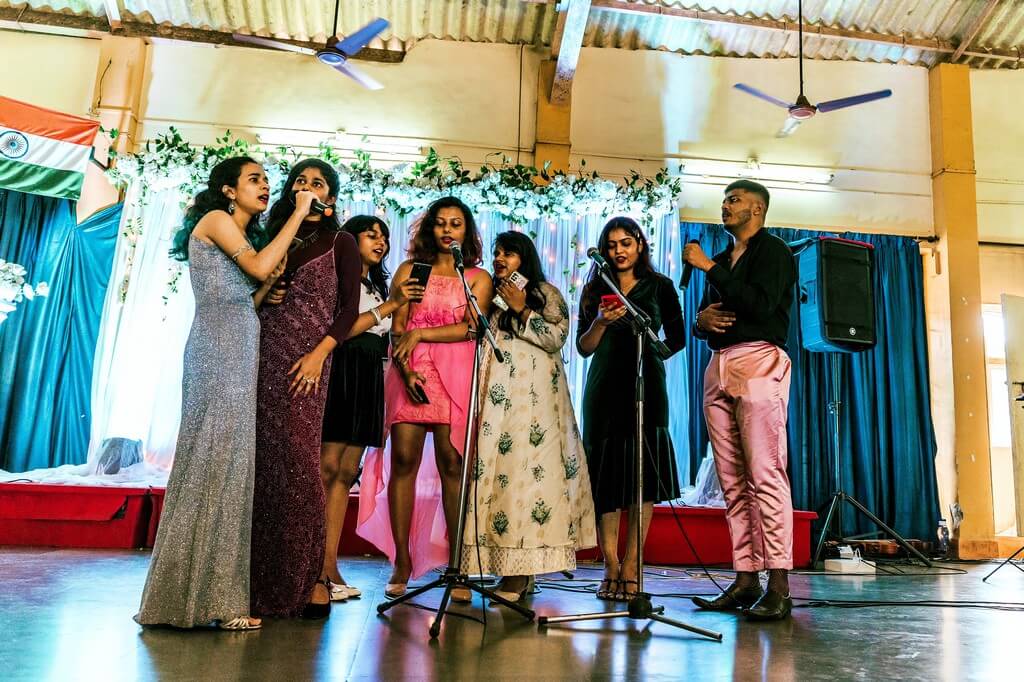 The best part of it all was seeing the students cheer for each other while their batch mates and friends were performing.

No good party is held without some fun games and we definitely did not lag behind in this department. There were a number of games like bombing the city, paper dance, surprise element, that were conducted in between performances that had the crowd cheering and laughing. 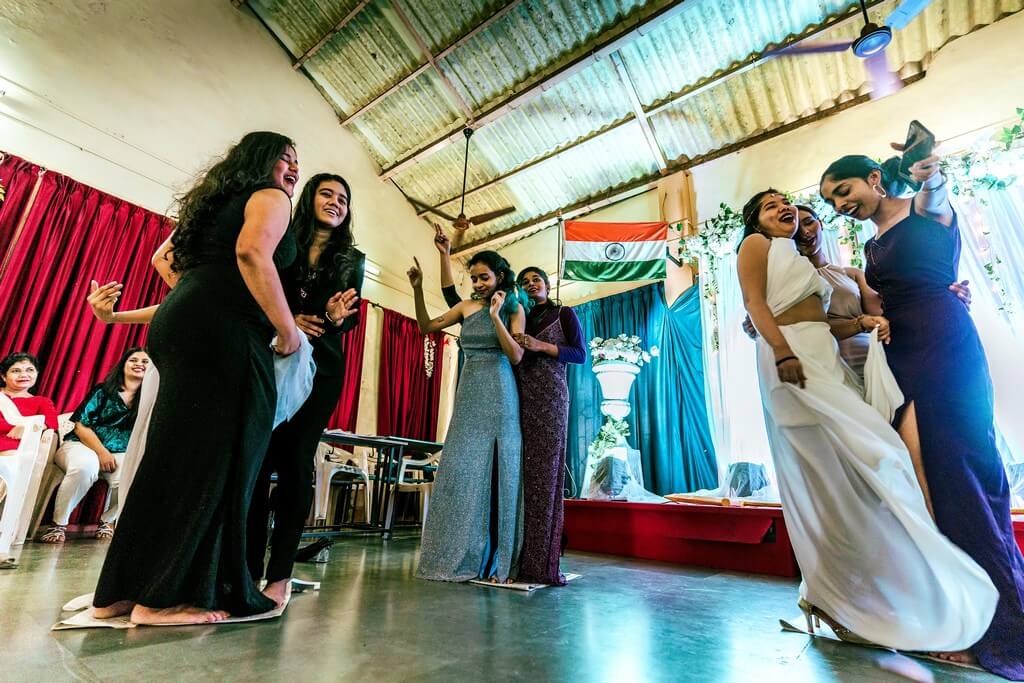 Students having fun during the Paper dance game 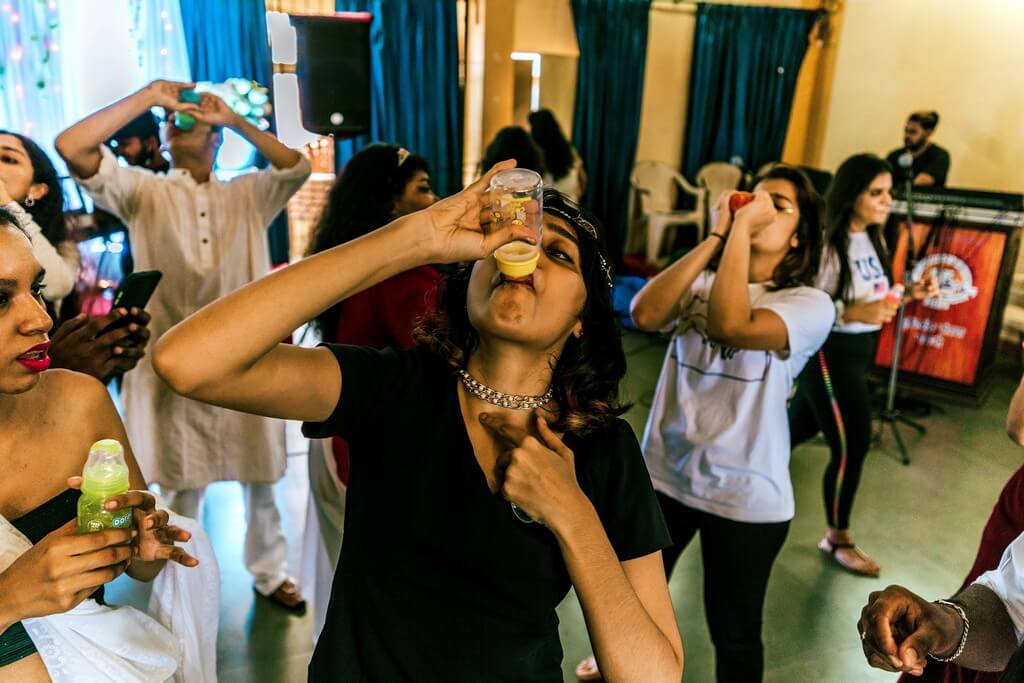 Students enthusiastically participating in the games 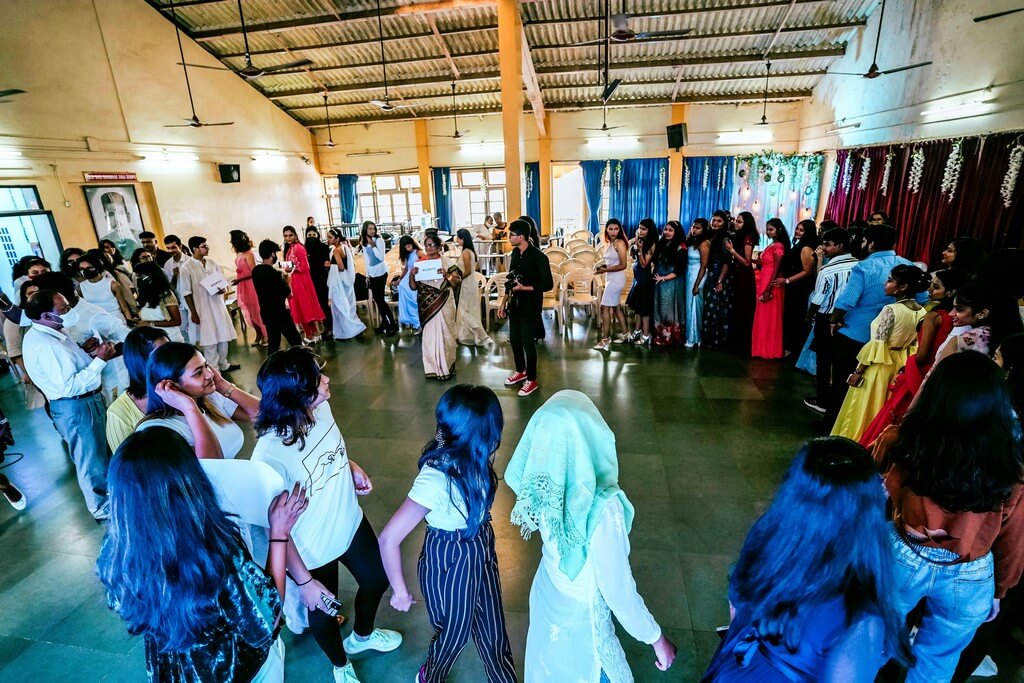 The game bombarding the city was played with a twist

Next came the prize distribution which was done by Mr. Umesh Naik and Dr. Daisy John. The titles – “Best dressed” and “Most talented” were presented to Ms. Keziah (FAD 2020) and Mr. Vipul (FAD 2019) respectively. Appreciation certificates were handed to all the volunteers for their contributions and efforts. The party ended with an even bigger bang as the DJ played music and everyone moved to the dance floor and put their best foot forward. 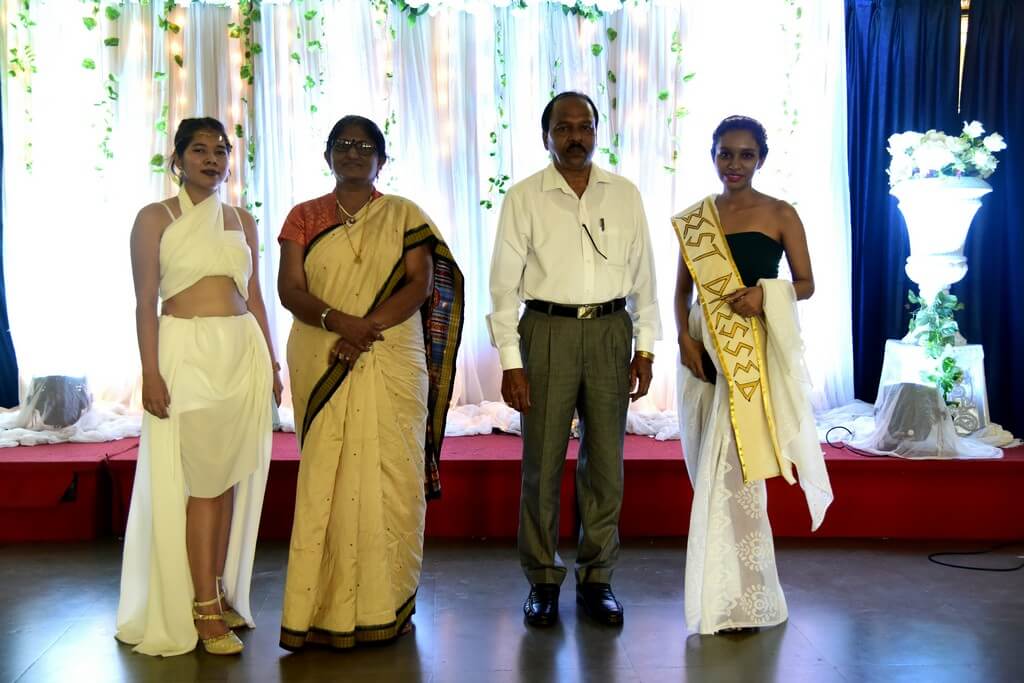 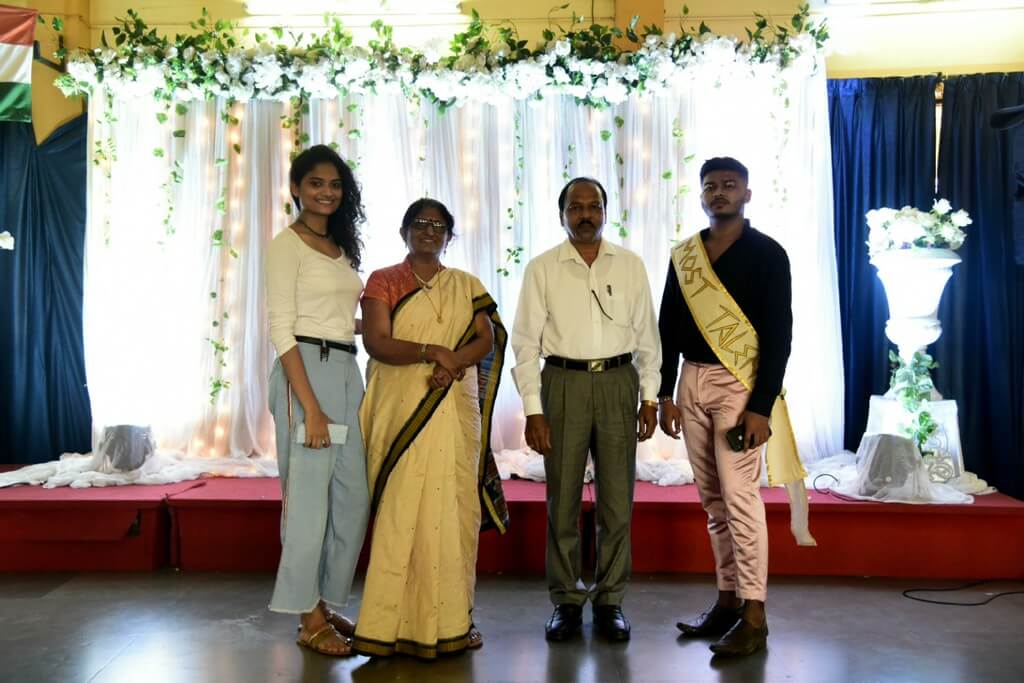 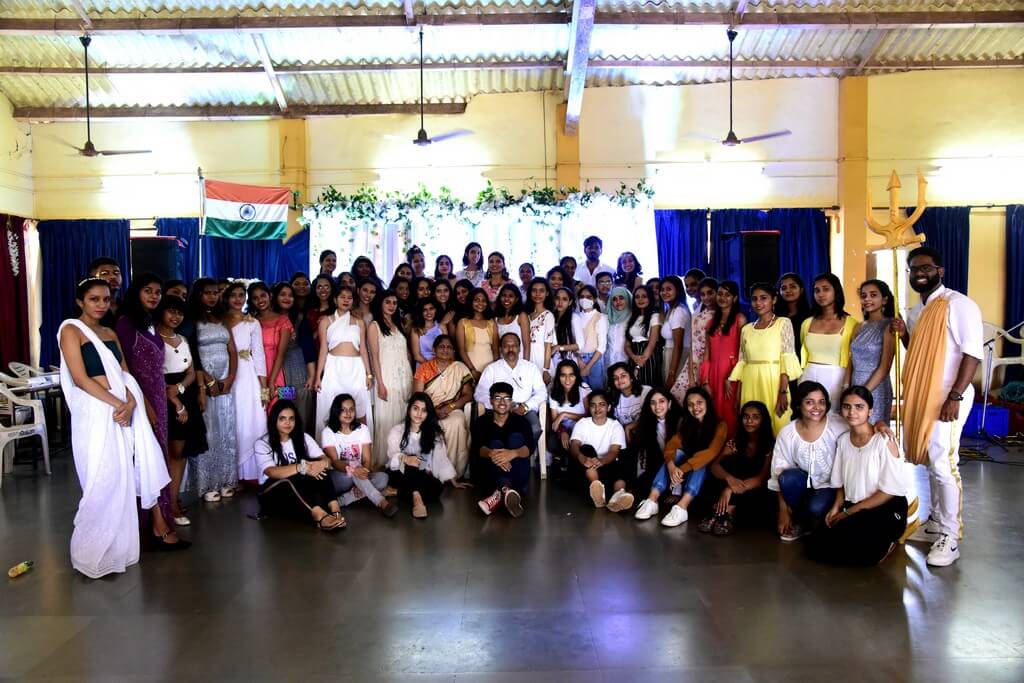 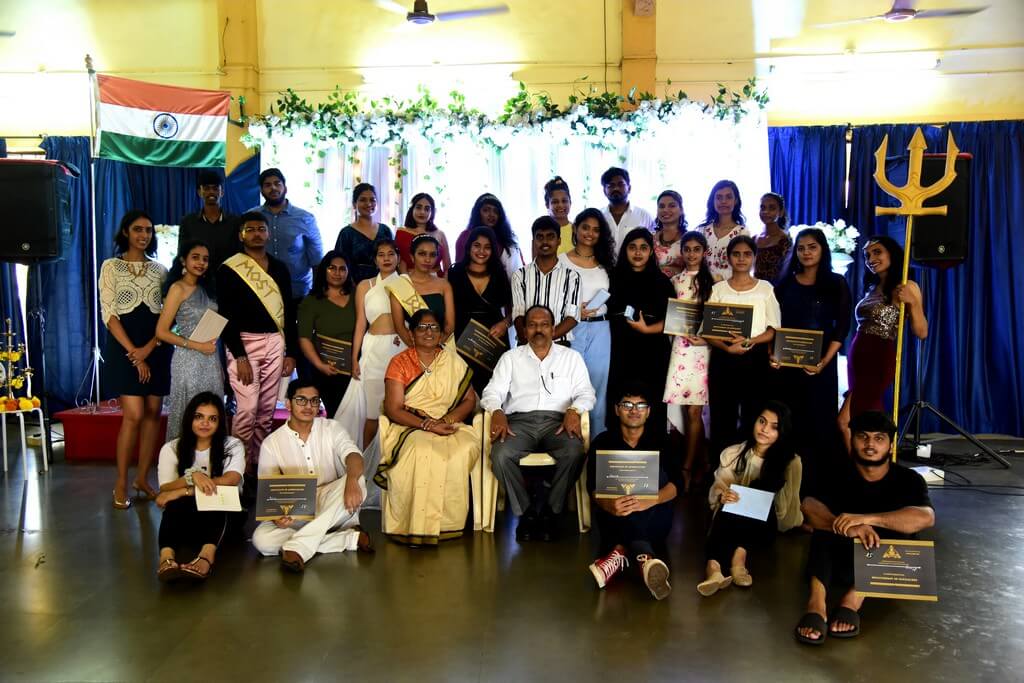 Party never dies at our Goa branch, as it is filled with extremely hyper and every young faculty and students, who chose to make the best out of the time given to them. With this newly formed Cultural team, a lot more is lined up for the upcoming year. Though this was the first ever ‘Welcome Party’ at the Institute, it is not the last, more to come. 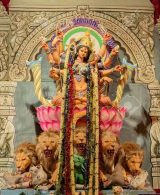 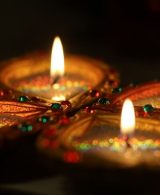