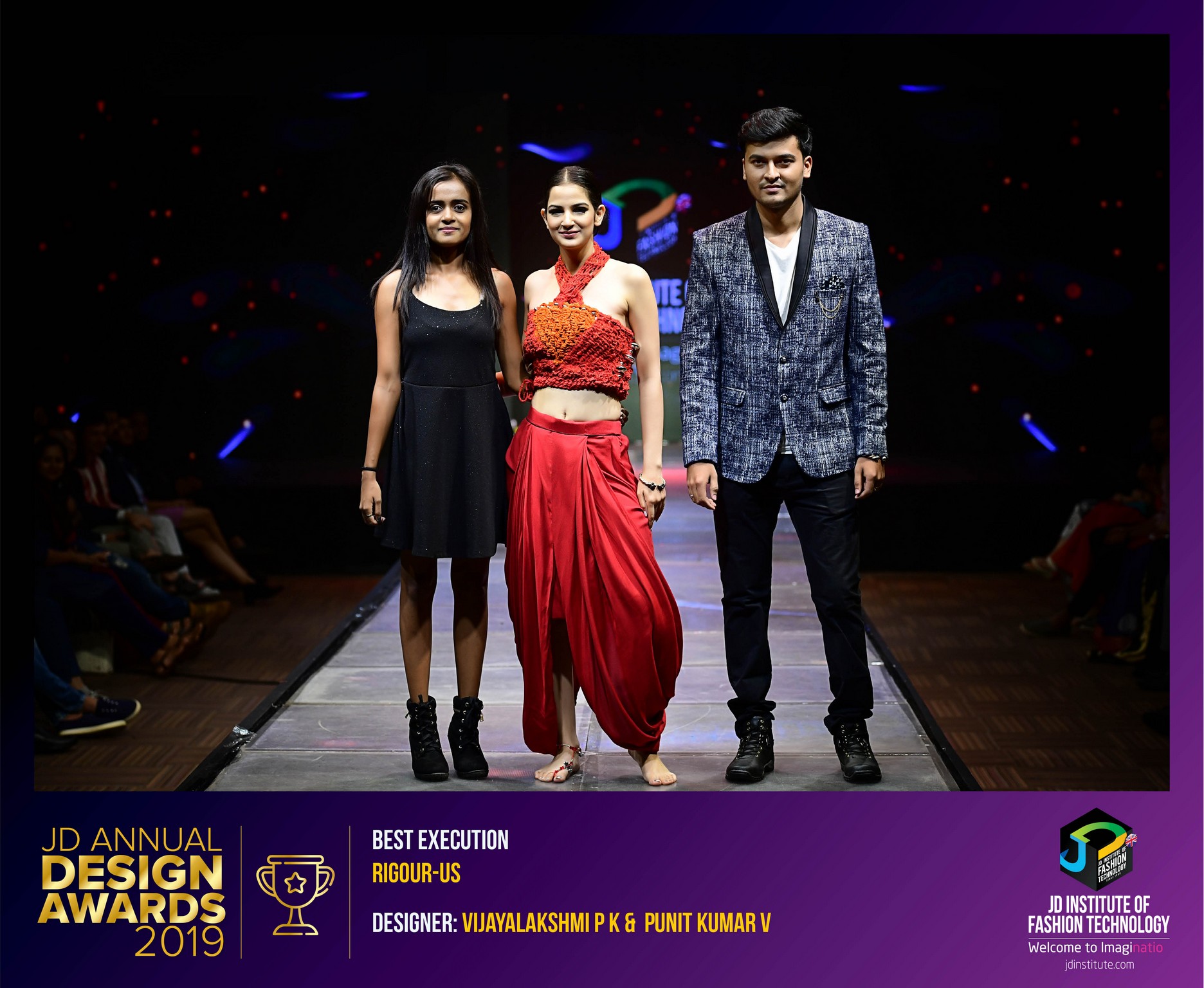 Designers Vijayalakshmi and Punit Kumar V’s collection, “Rigour-Us” was inspired by an elderly man named Krishnappa, they came across in the outskirts of Bangalore. He uses his leg as a medium to create ropes, using the twisting technique with different kinds of materials. The collection is an Artisanal Tribute to the rigorous handwork involved in the making of handicrafts.

In the pre-historic times ropes were used for pulling, lifting, carrying, hunting etc. It is possible that ropes were initially made from plant fibre, such as vines. The ancient Egyptians were probably the first civilization to develop special tools to make rope. Egyptian rope dates back to 4000 to 3500 B.C. and was generally made of water reed and fibres from papyrus plants. The yarns were spun together on a hand held spindle.

Not everyone has access to technology or enough resources to make something creative. Hence, a lot of traditional handicrafts are made with hand using readily available materials. Case in point is the elderly man in the outskirts of Bangalore, who fashioned ropes using the art of twisting with the medium of his leg. The designers with the expertise of the elderly man, created a vintage collection from discarded old shirts. The shirts were cut into long strips and twisted to create the macramé knots to make the top wear of the garments. The dhotis for the collection were constructed using the draping technique.

The collection was made from discarded clothes and revolved around the art of rope making through the twisting technique. It also focussed on the expertise of the elderly man who created ropes with the use of only his leg and hands, rather than using any other tools. His knowledge and help was used to create the top wear of the garments. The designers through their work were able to introduce him to the mainstream and also taught him the possibility to make garments out of ropes. 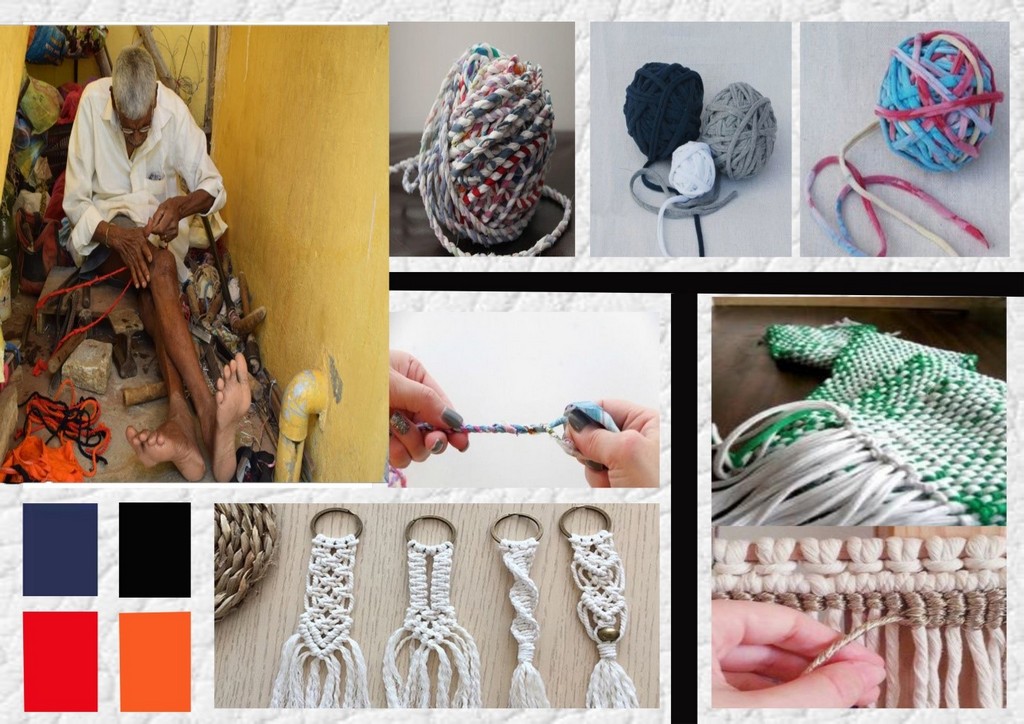 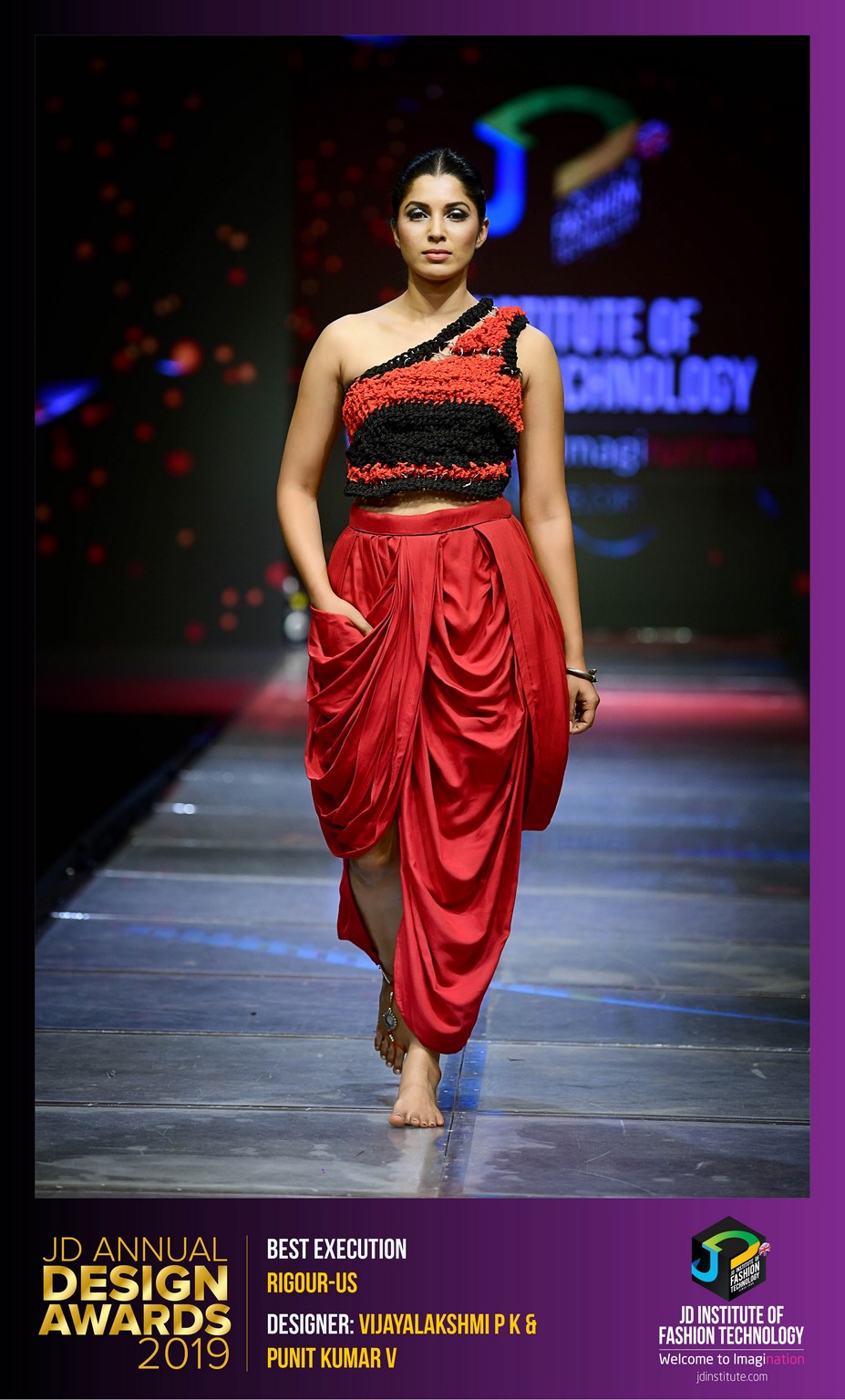 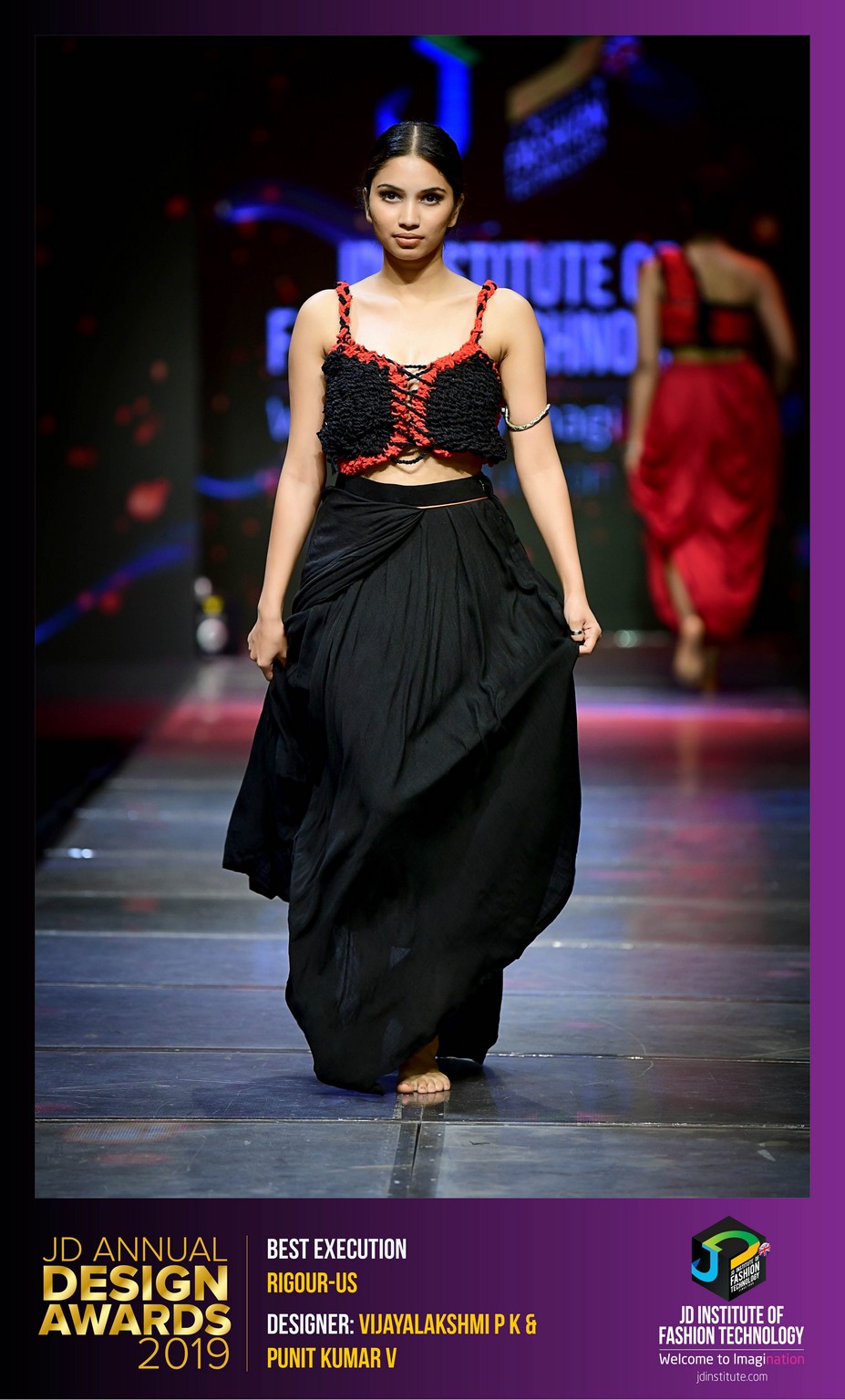 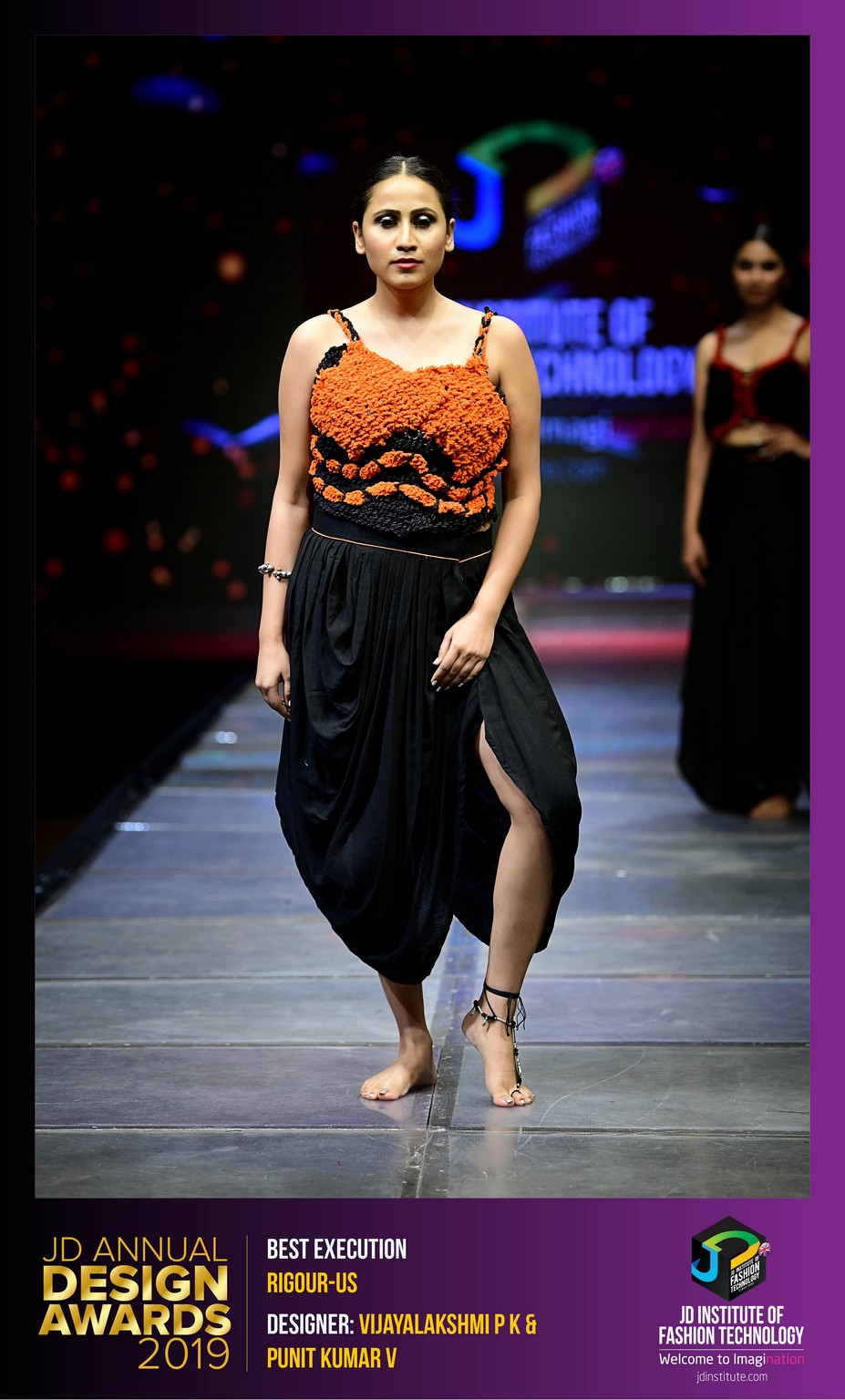 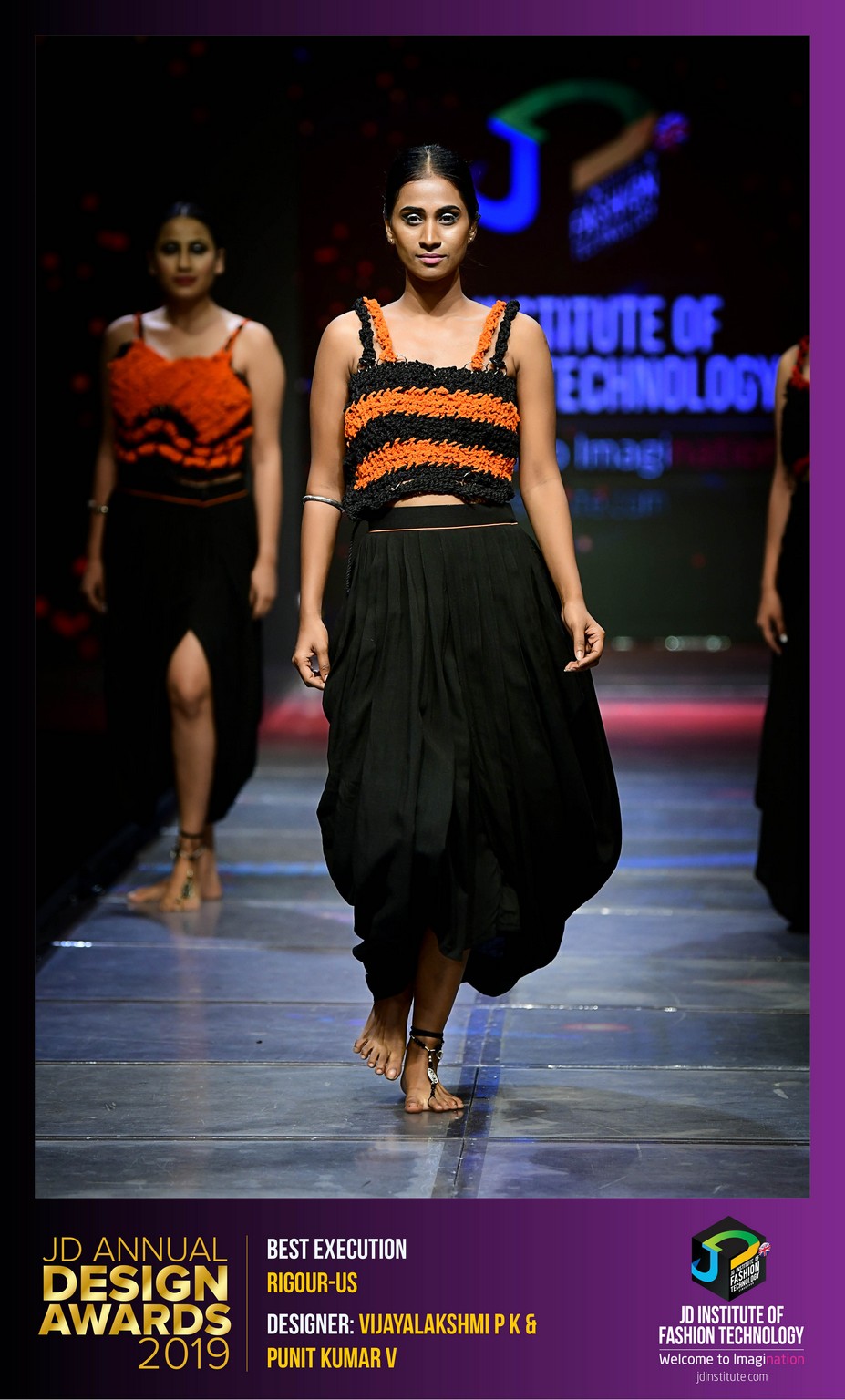 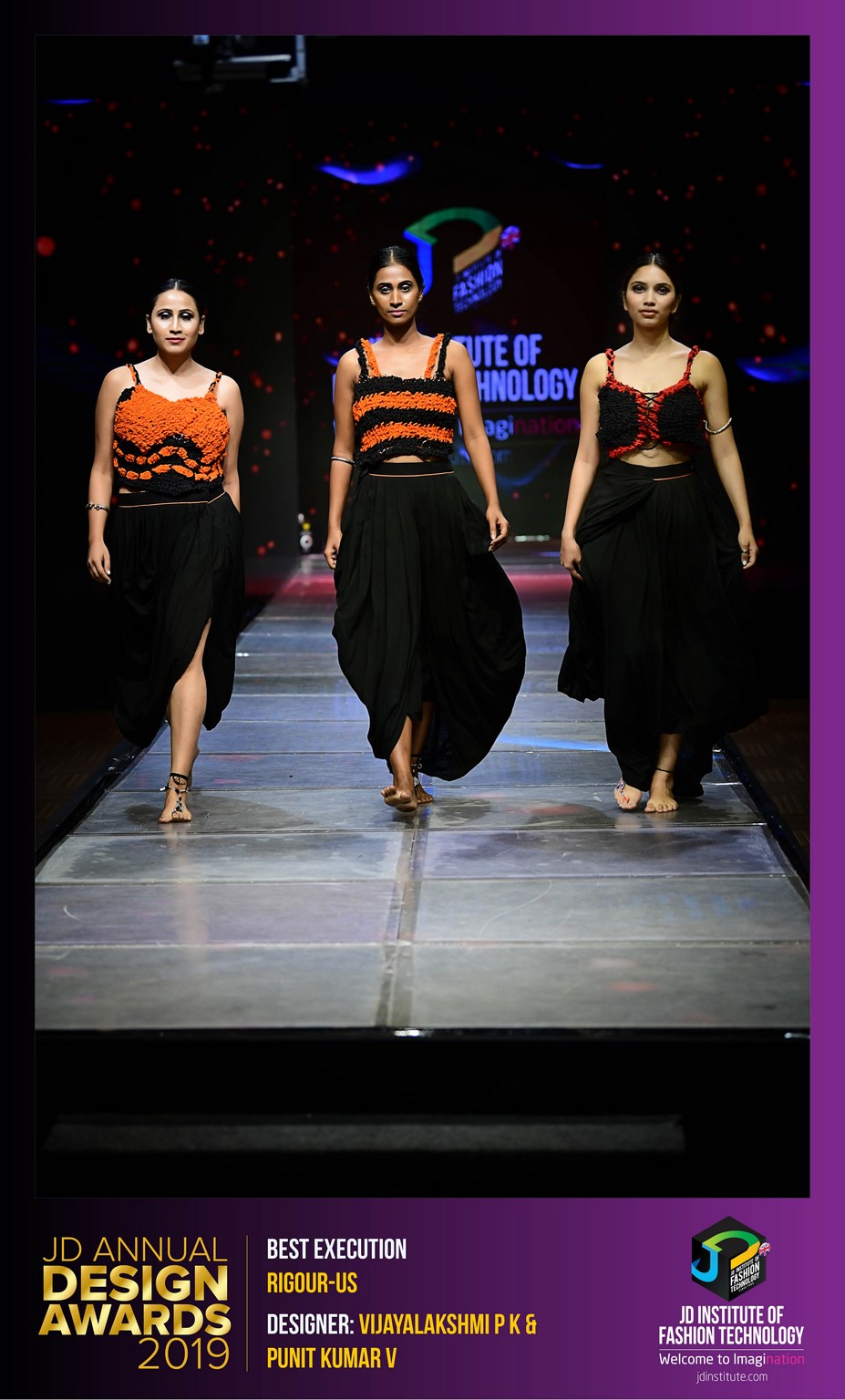 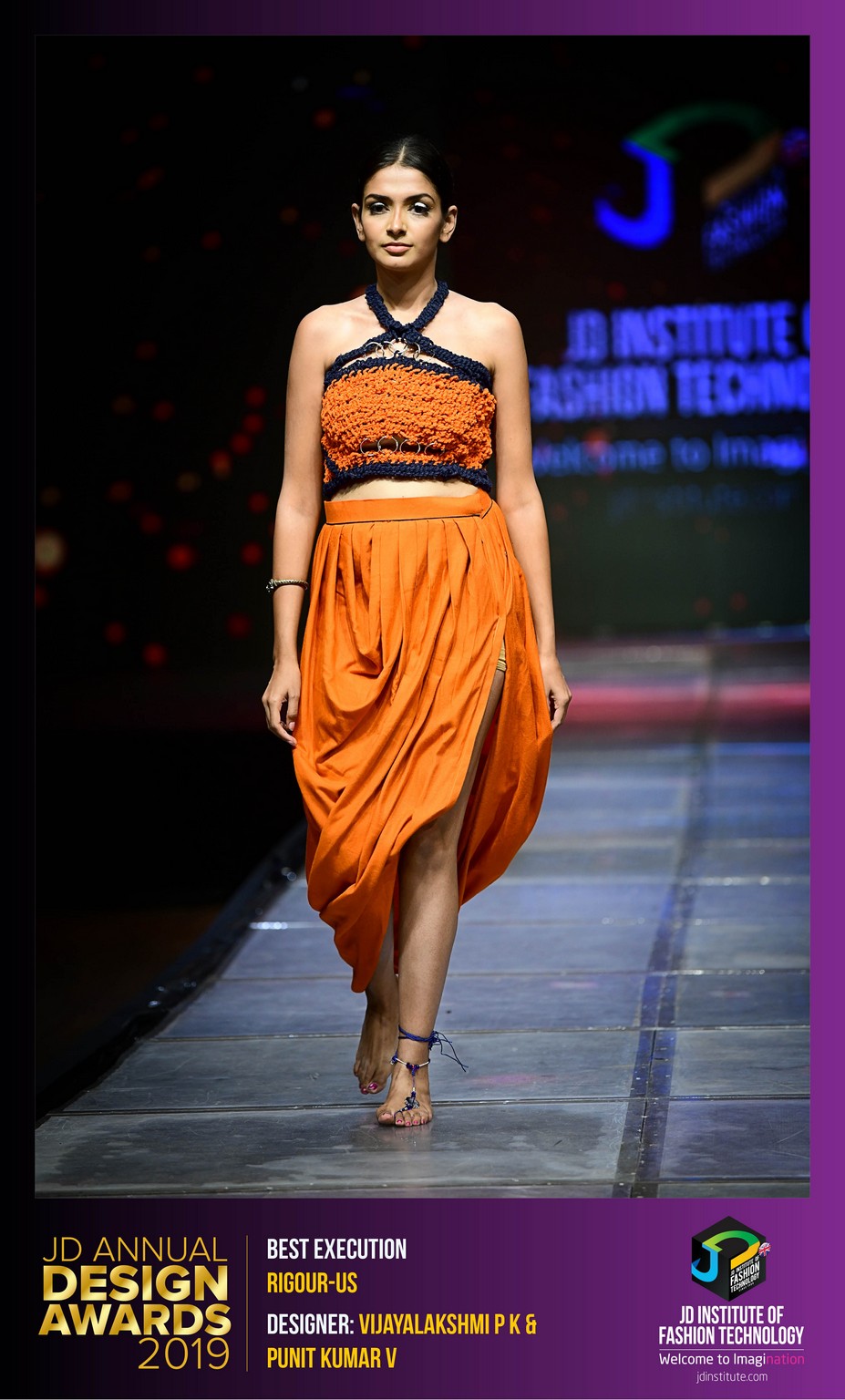 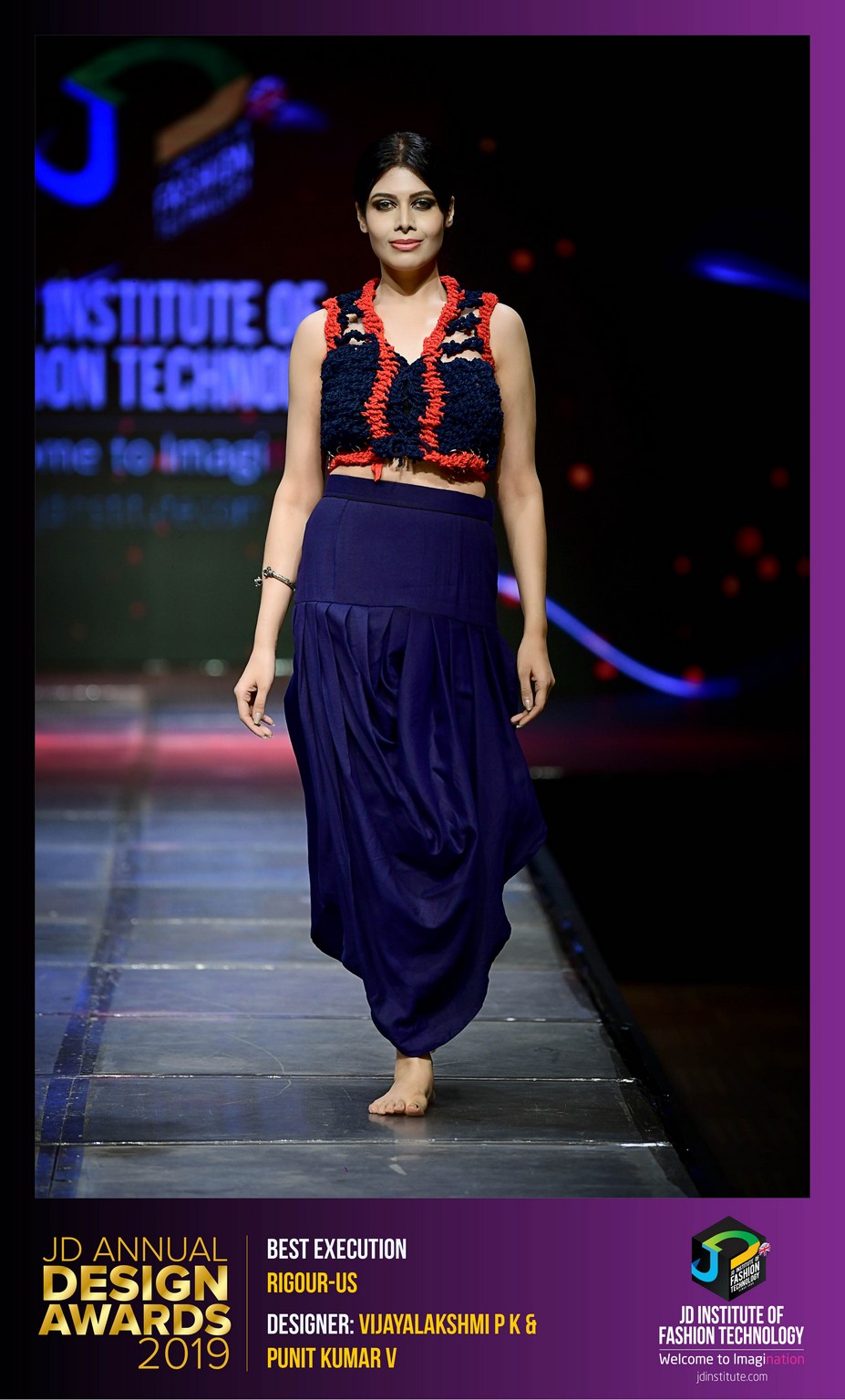 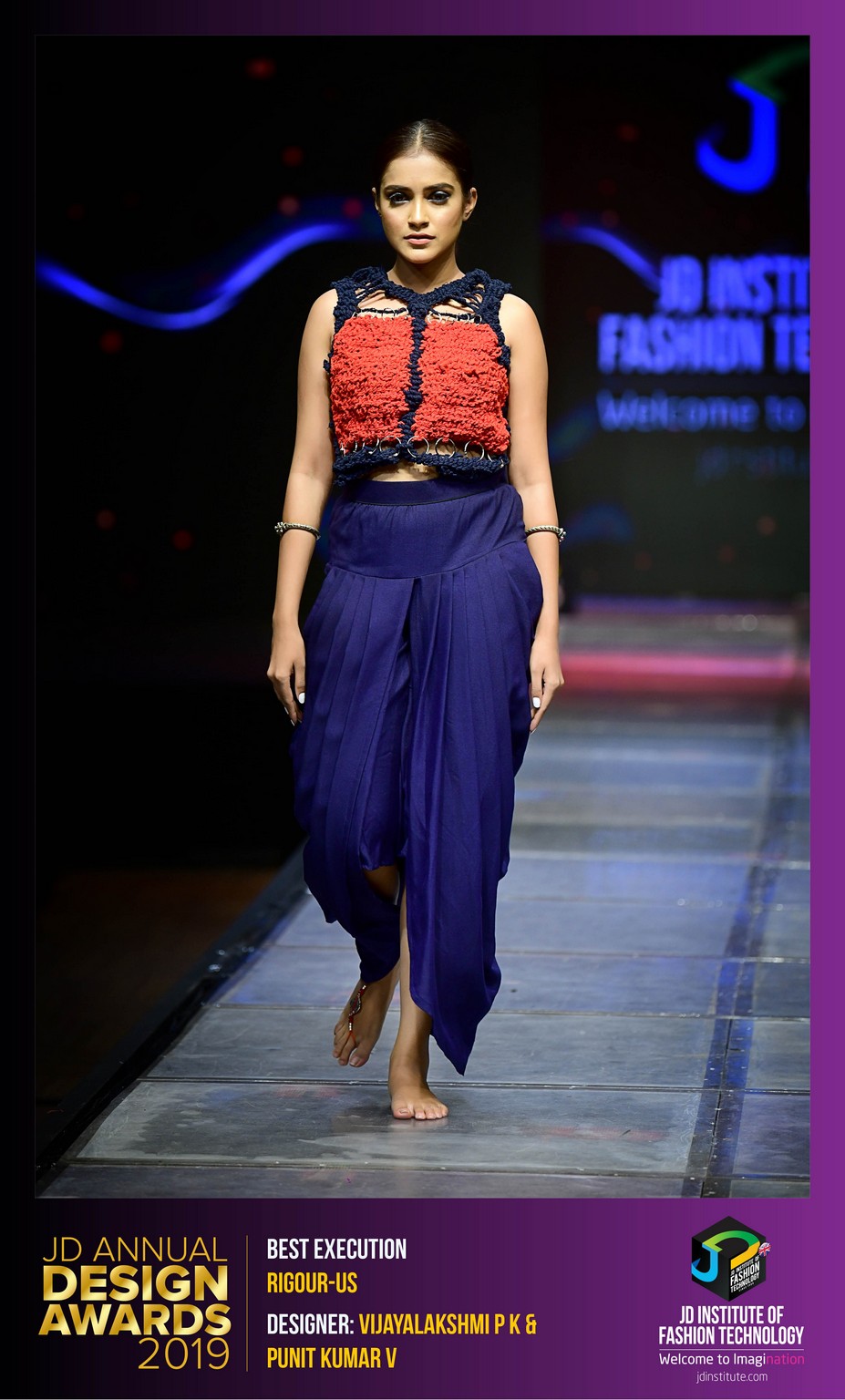 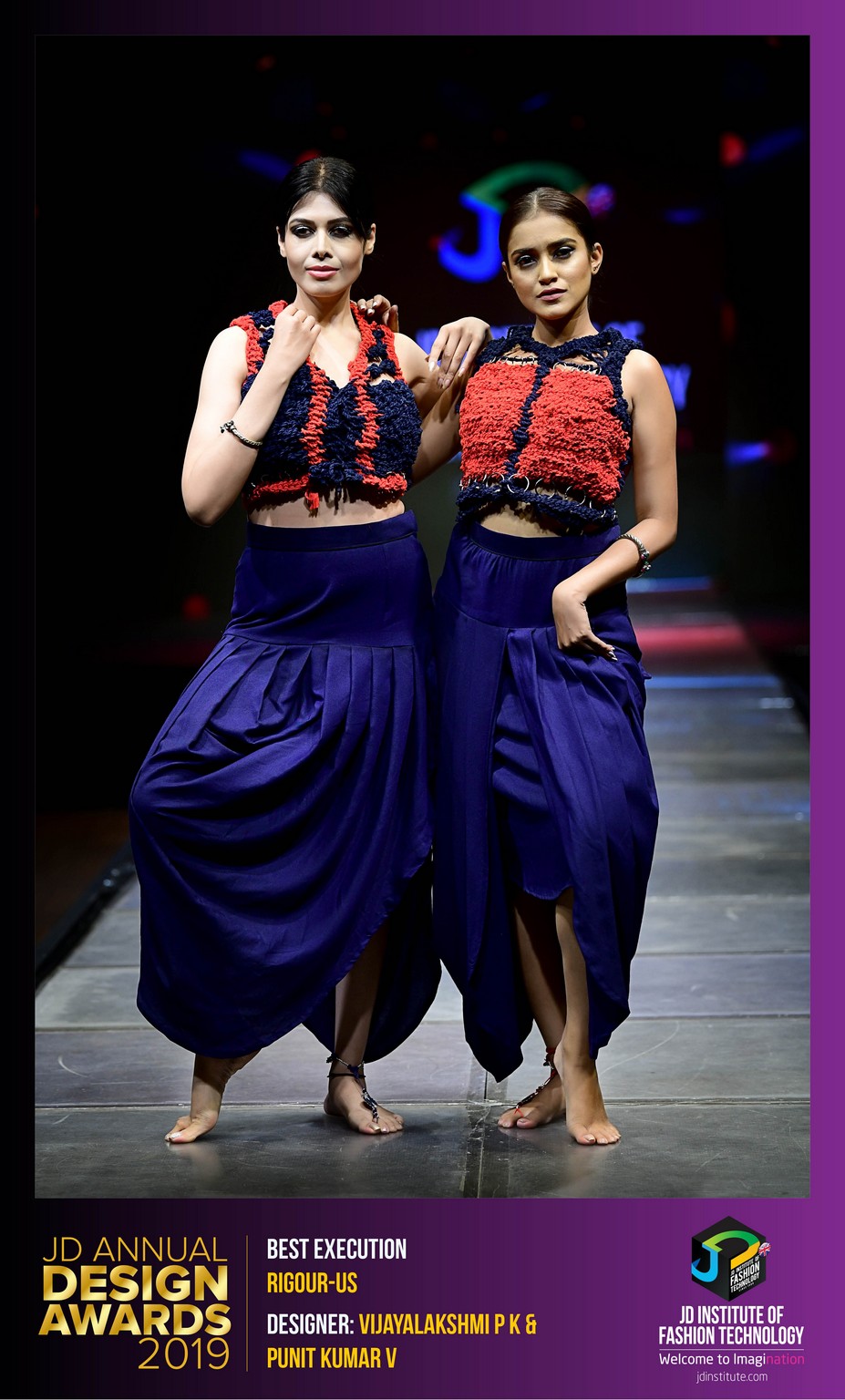 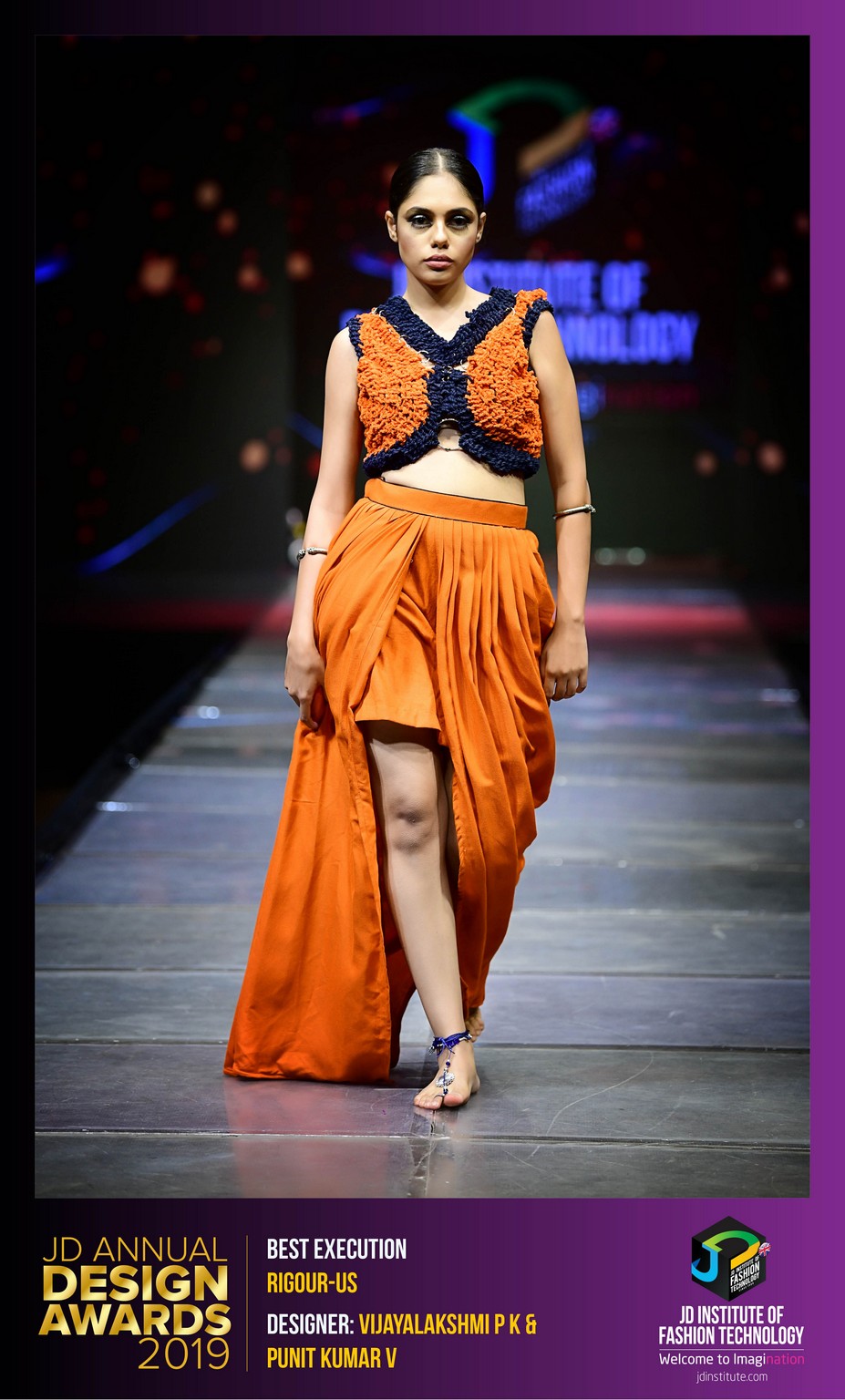 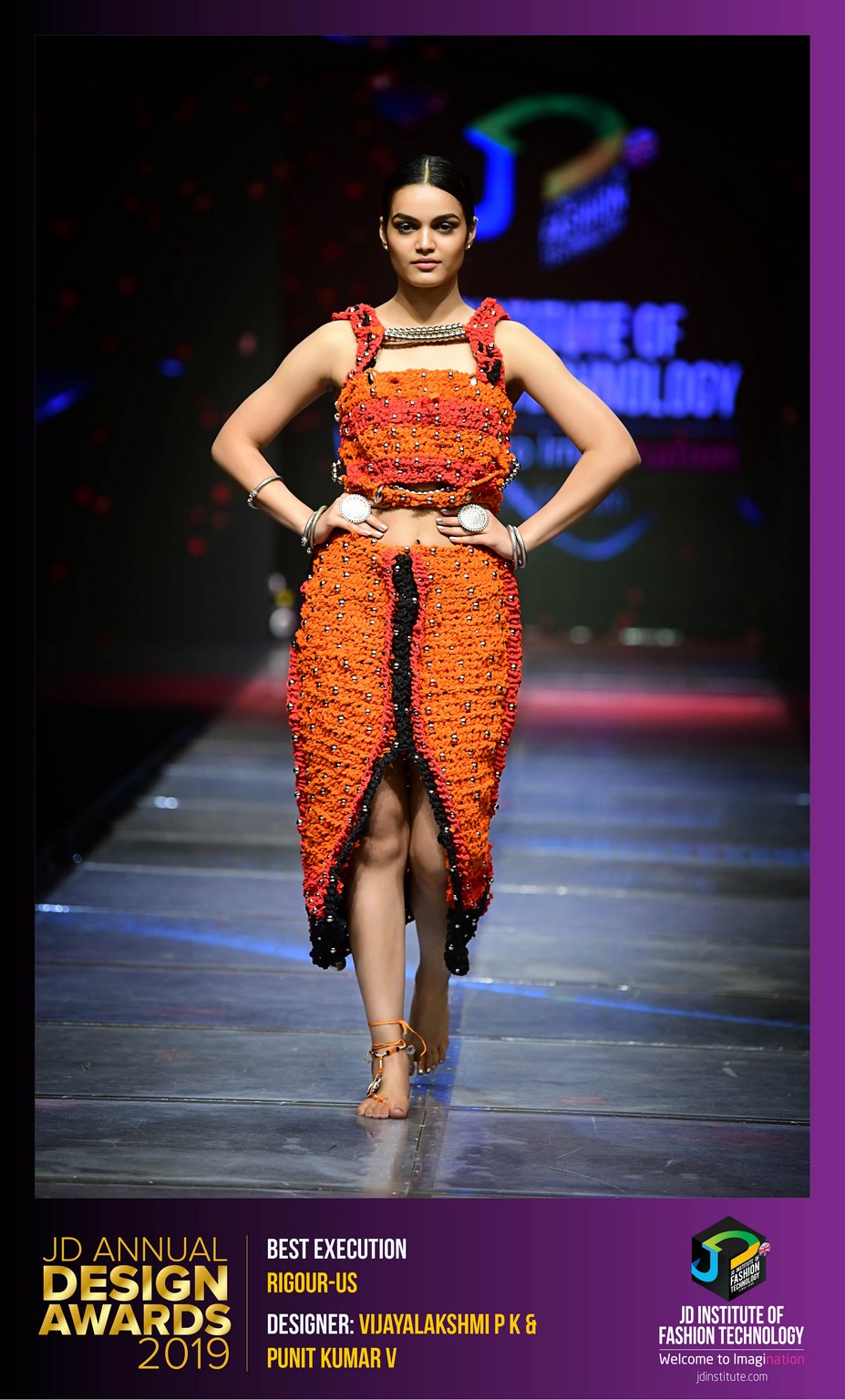 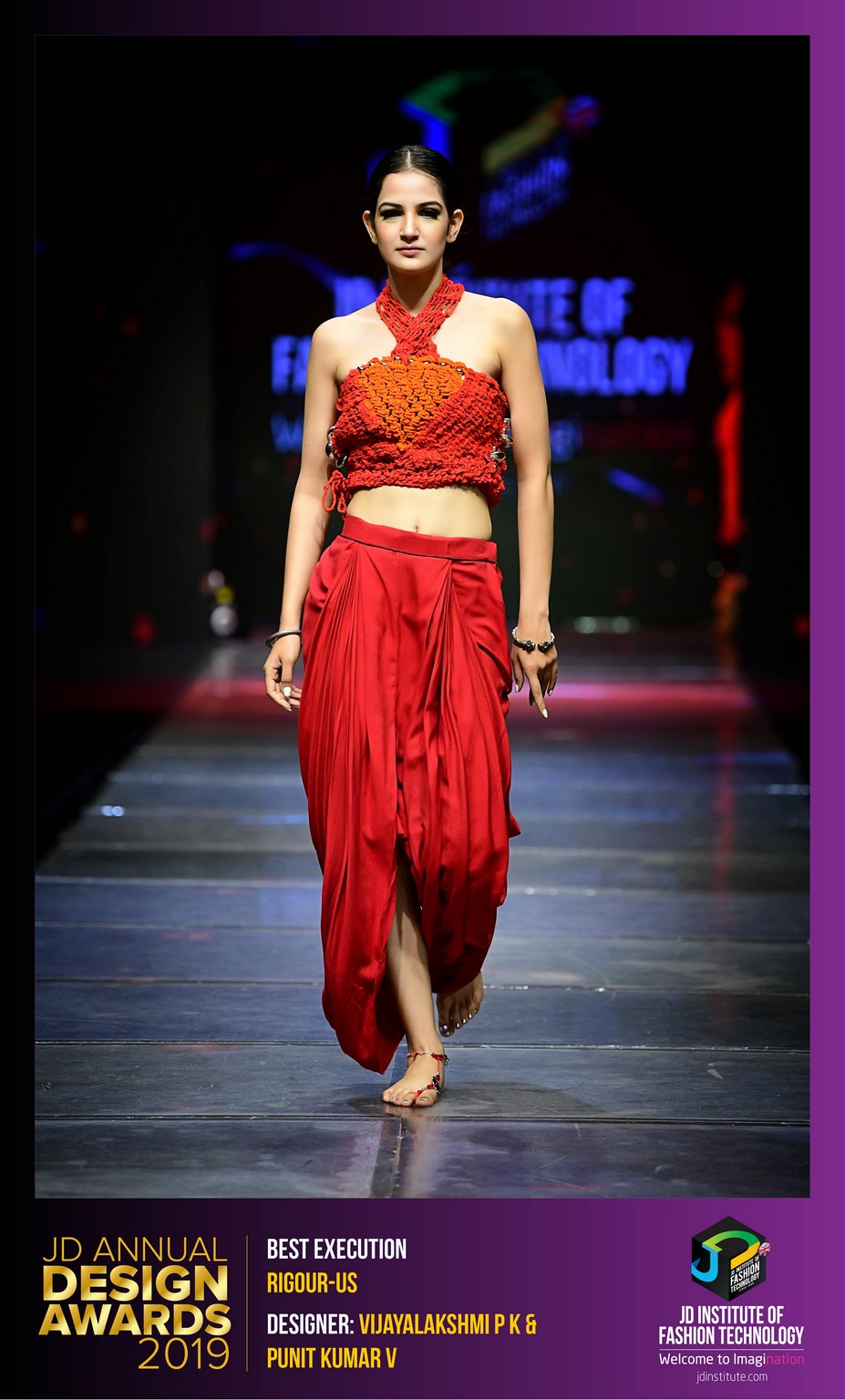 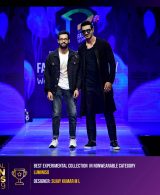 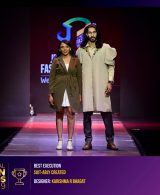