“I spent my life making fashion an art form.”

Designer Karishma R Bhagat’s, ready-to-wear experimental collection, “Suit-Ably Created” means someone has right qualities or thing for particular purpose. It was inspired by the artist Du Kun, who is known to curate from Chinese architecture, rock music and rockstars.

Du Kun, alumni of Beijing’s Central Academy of Fine Arts’ Oil Painting works between Tianjin and his base Beijing. He is widely known among young Chinese artists for his creativity and brilliant techniques. He uses metaphors of religious aspects and contemporary societal criticism, as well as provoking contemplation upon the actions of humanity itself. Apart from painting, Du Kun is also passionate about rock music. His work ‘Gods of Rock Festival’ series in 2014, was created with the passionate enthusiasm of a rock musician. While the works are all portraits of Chinese rock musicians, there are depictions of tall pagodas, Confucian mausolea, Buddhist shrines and other traditional Chinese architectural structures. Through his paintings he articulates the idea of freedom, democracy, critical thinking and courage to overthrow the past through the rock singers.

Inspired by the artist, the designer represented his actual art in her garments through the use of wooden buttons and hooking which was created using embroidery threads. Earthy colours like off-white, beige, dark beige and green were used for the garments of the collection which were created using twill cotton. 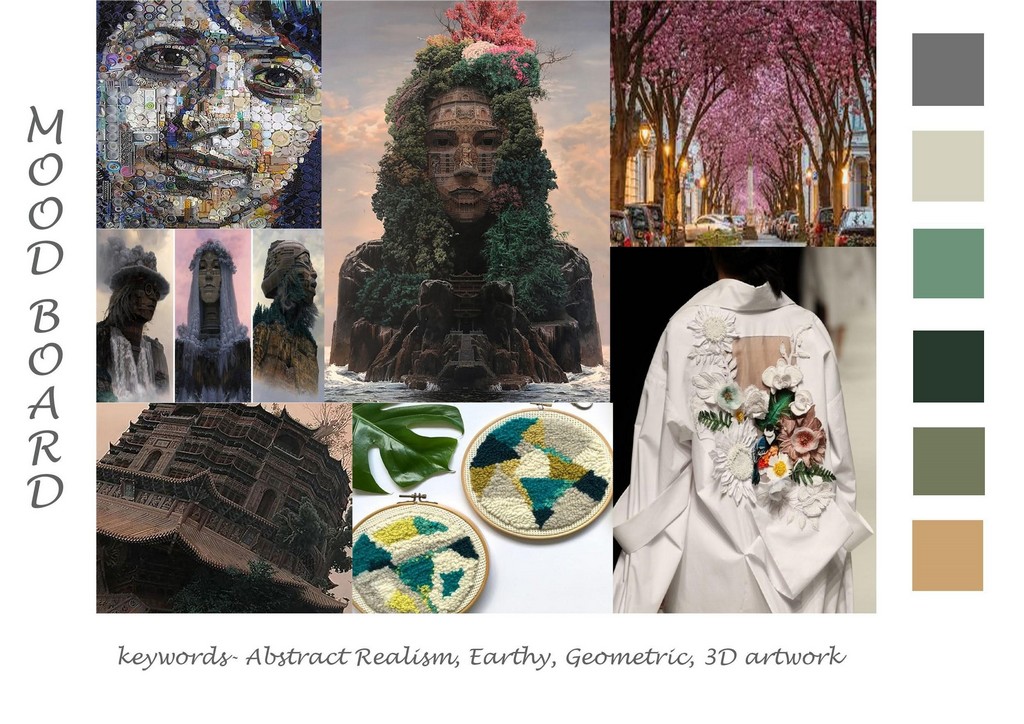 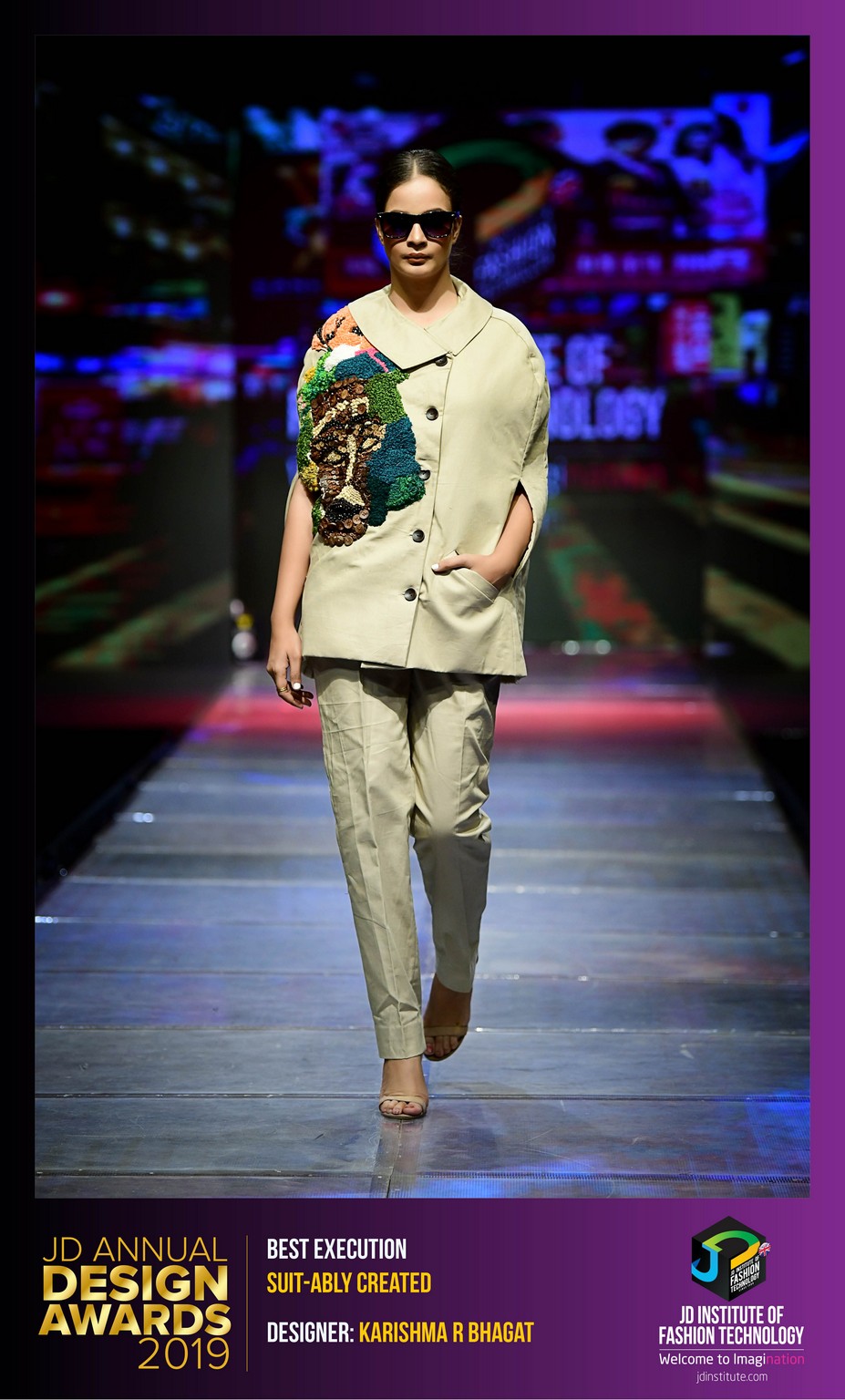 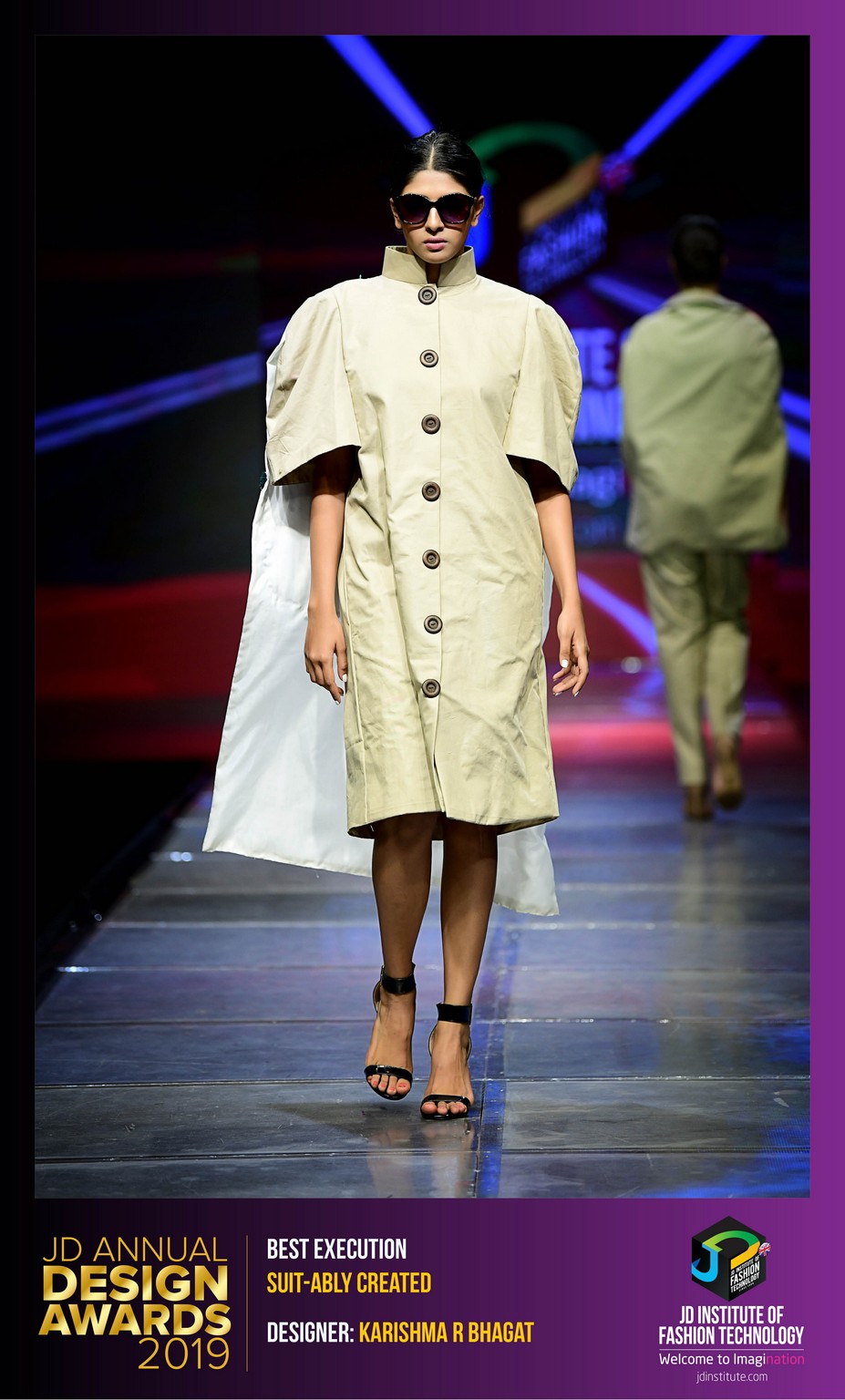 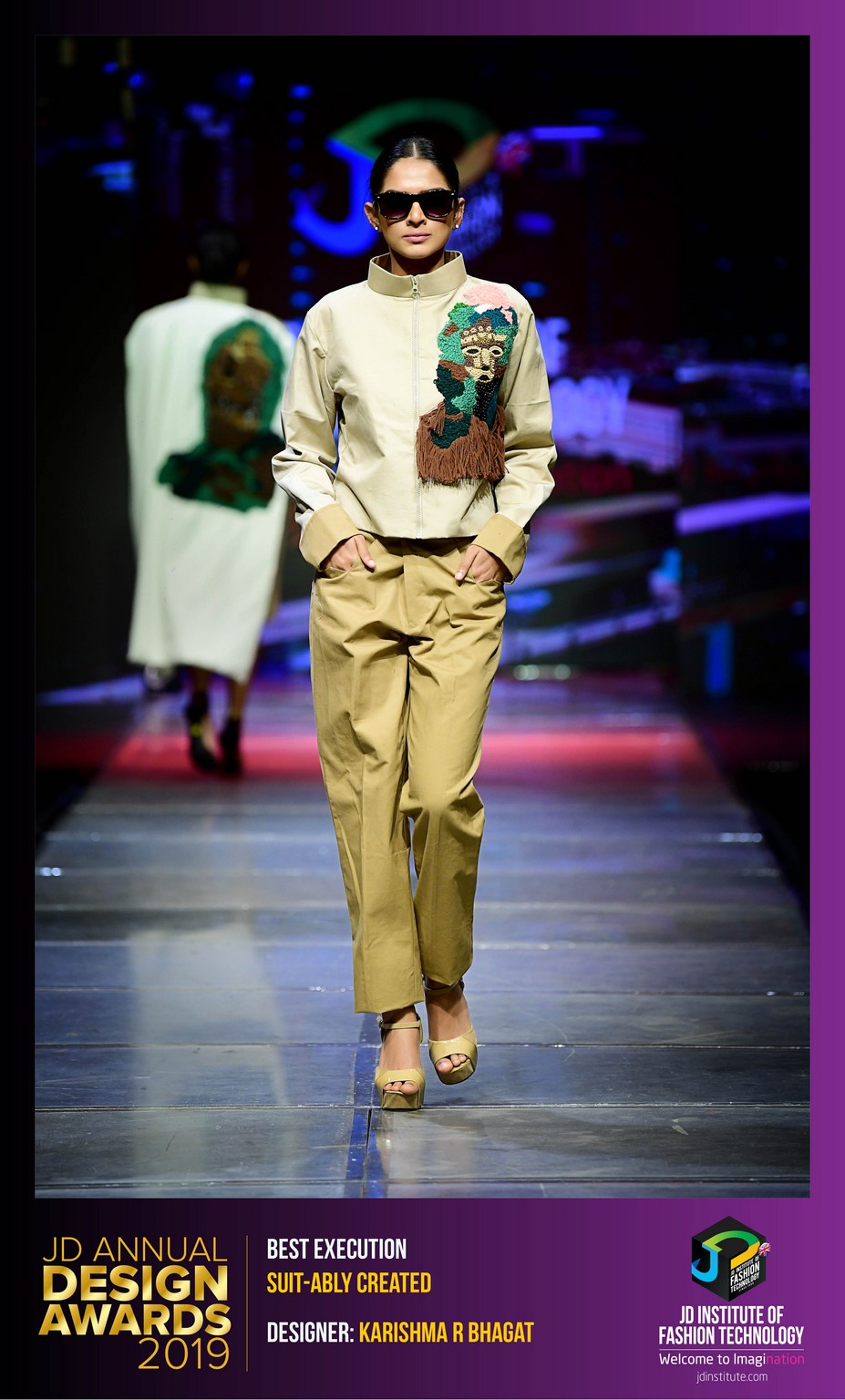 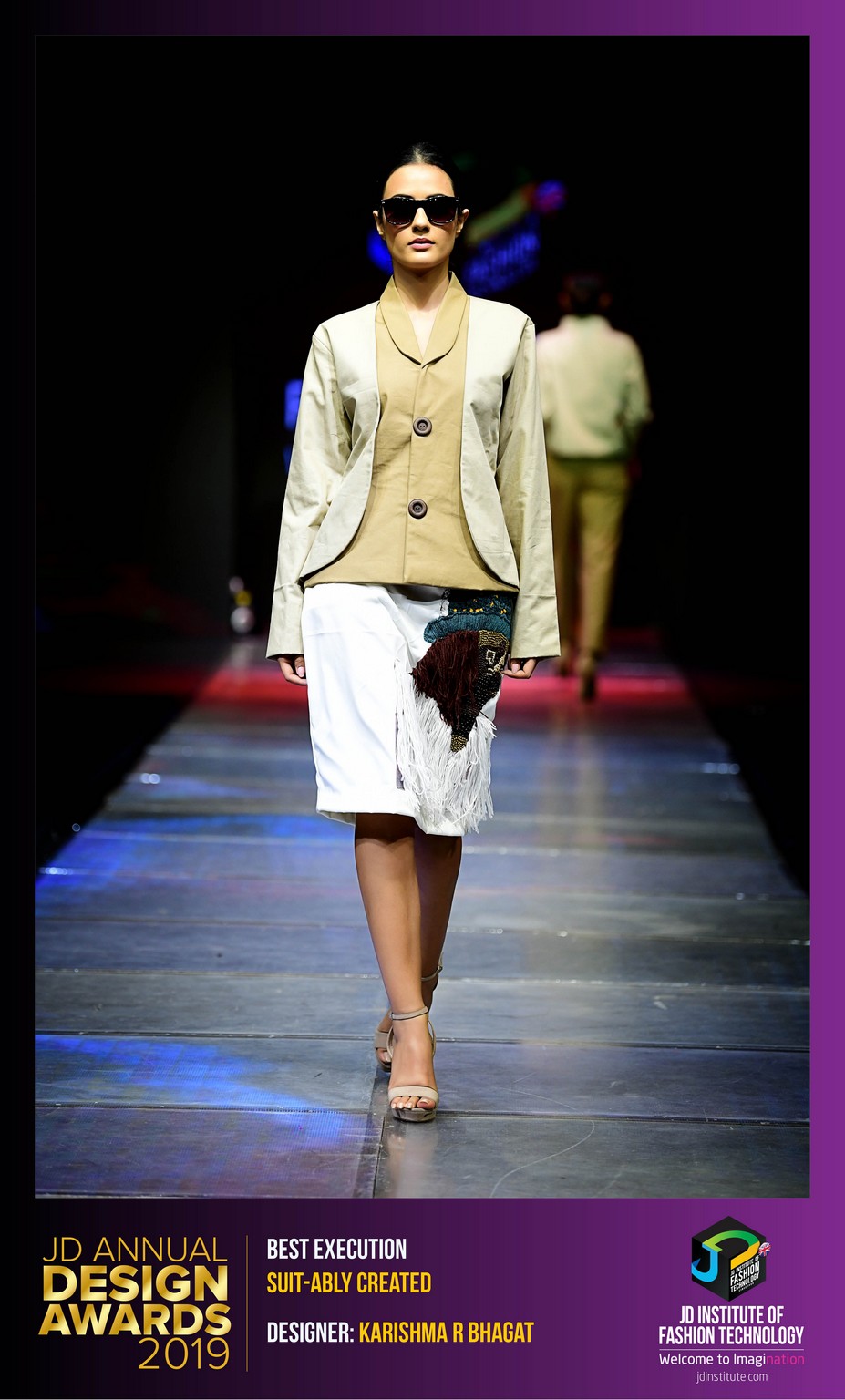 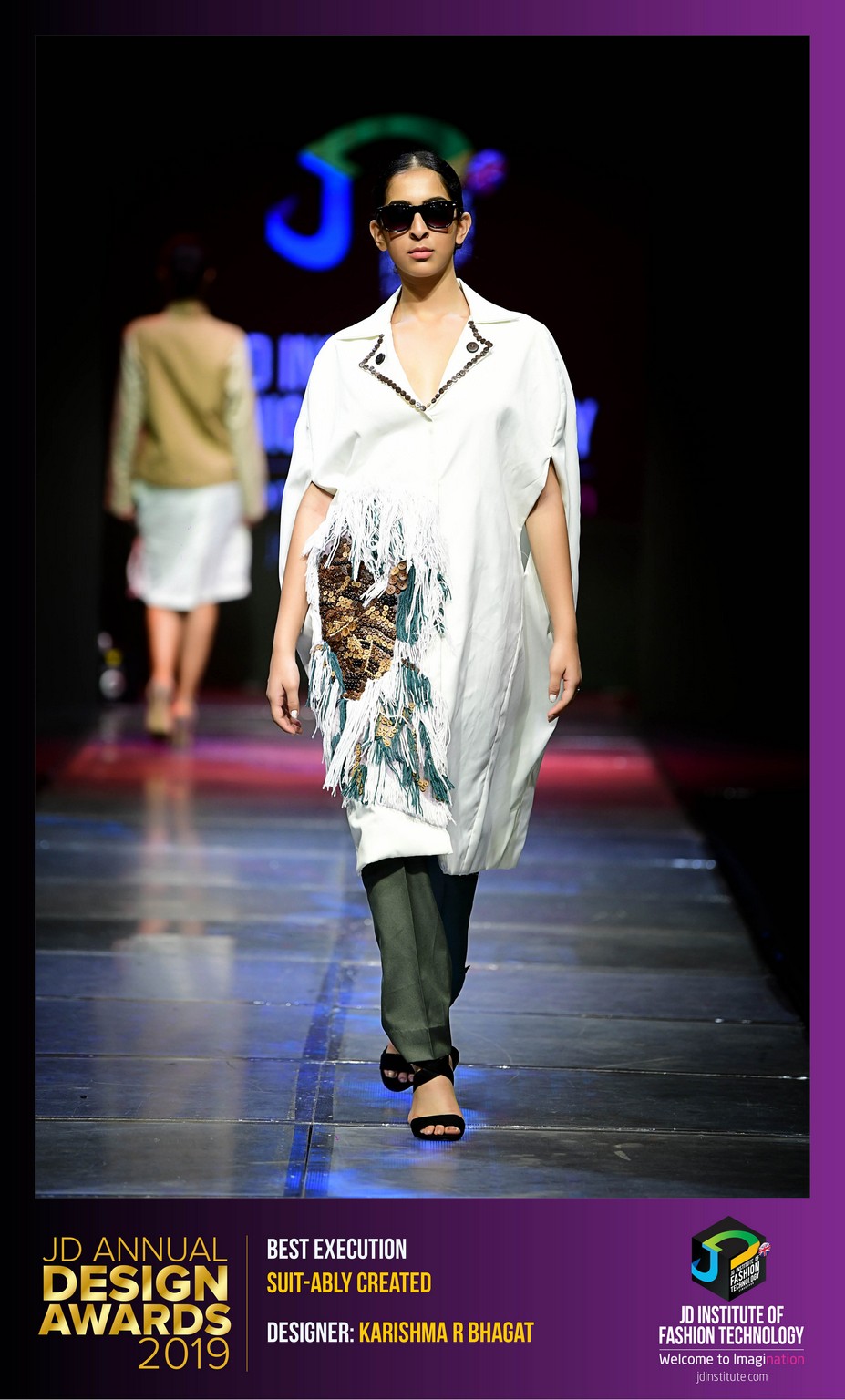 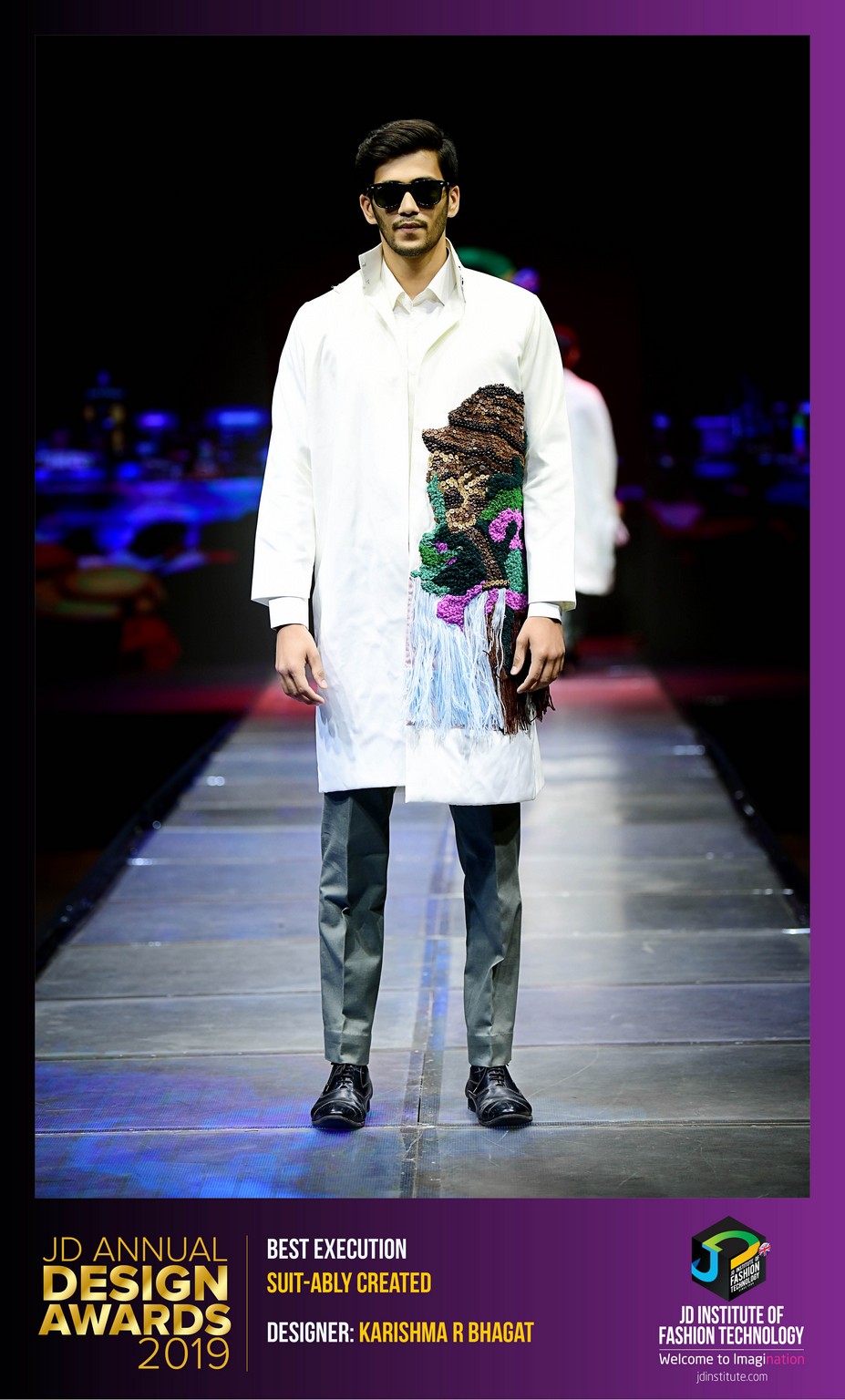 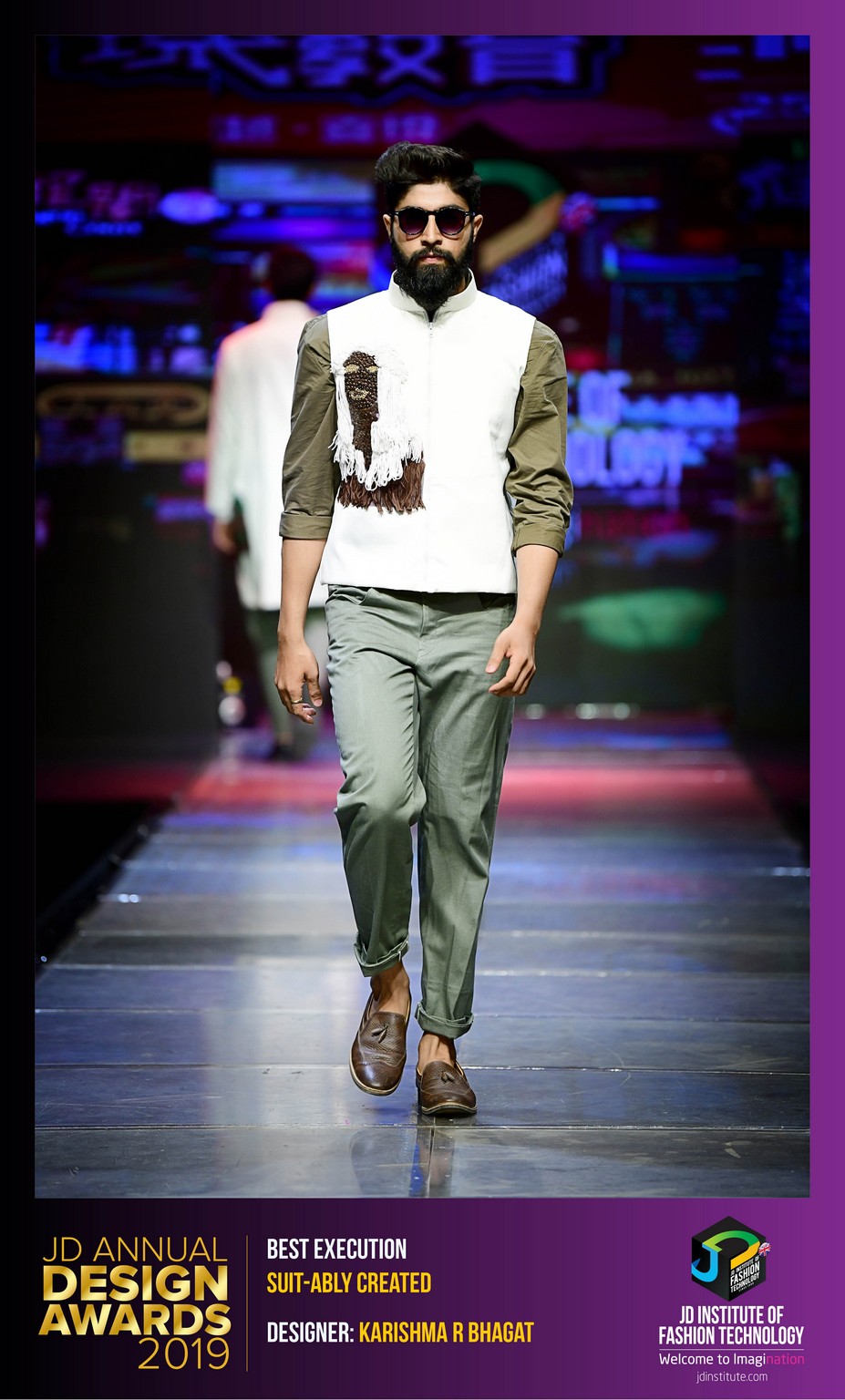 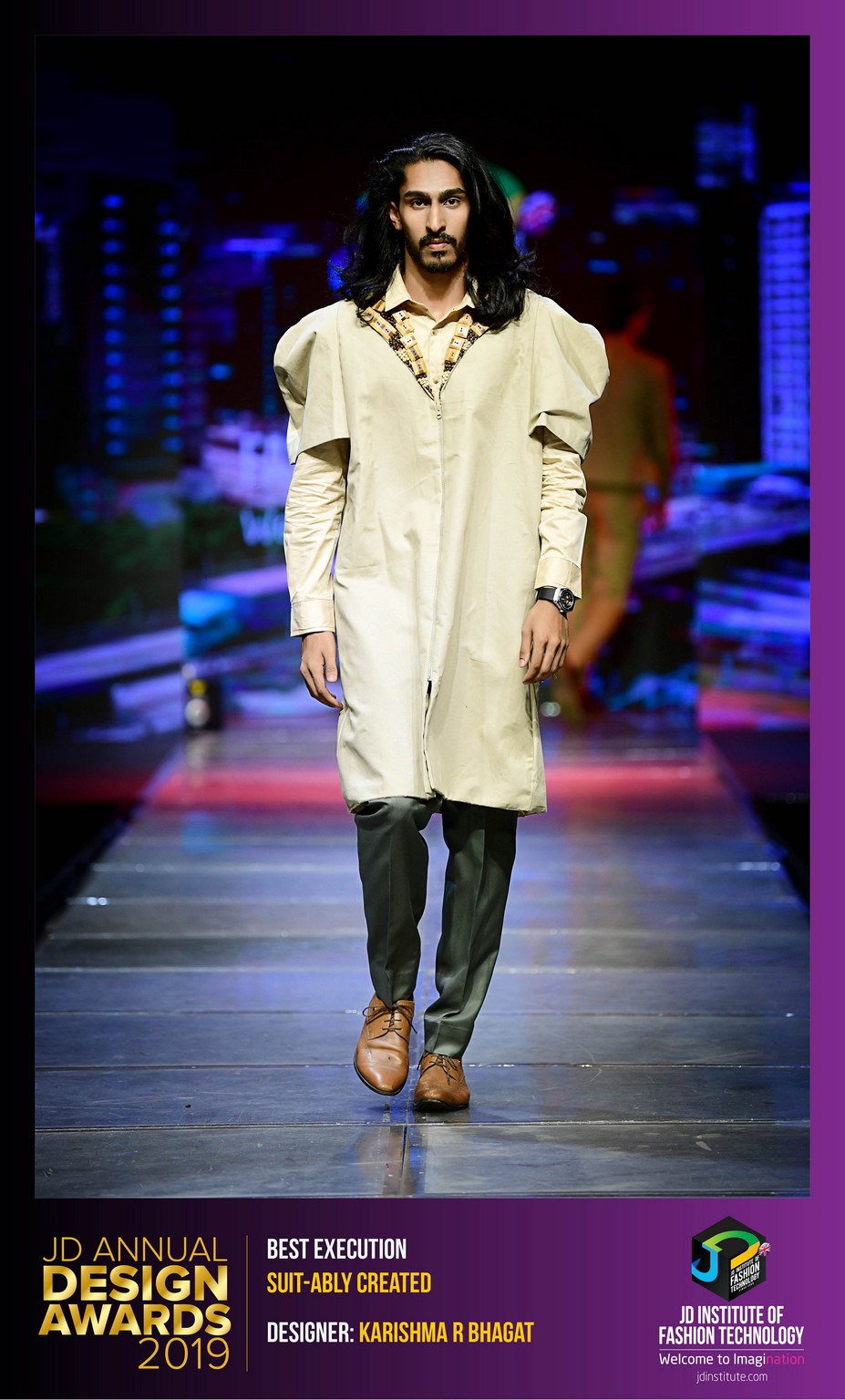 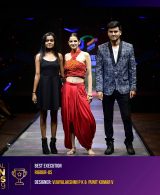 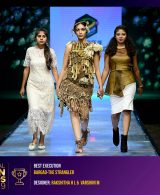