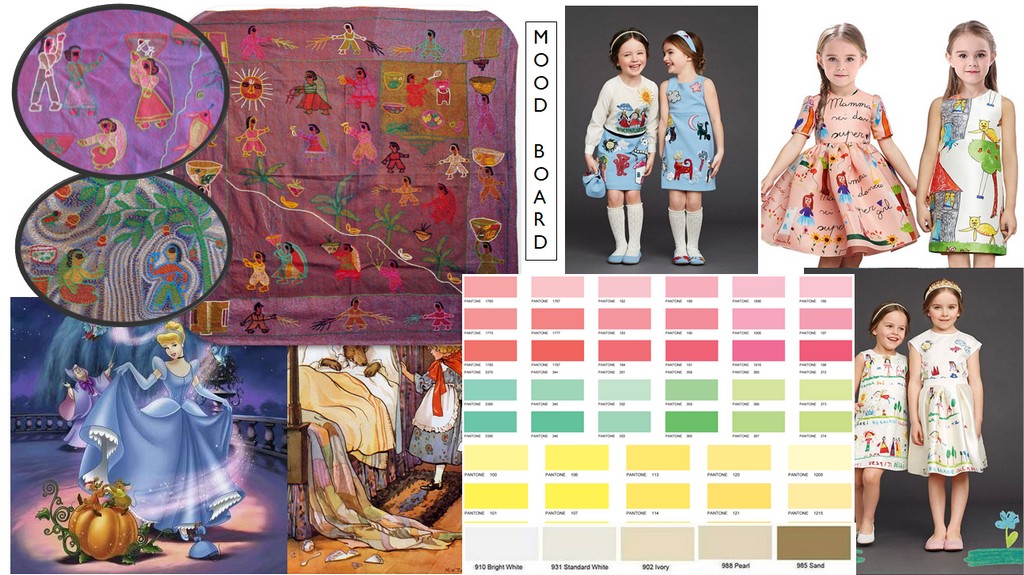 Designer Nisha Rani’s collection “Sujani” is a line of kidswear for girls and has been inspired by its namesake, Sujani art and fairy tales. A lot of traditional art forms are dying in India and one can revive it by trying to incorporate it in creative ways to appeal to the modern times. The collection is just one of the ways to use in modern clothes by maintaining its age old aesthetics.

The word “Sujani” is derived from the words ‘su’ which means facilitating and ‘jani’ meaning birth.  Quilts for new-born babies were made by stitching together colorful patches of old clothes and then Sujani embroidery was done with colorful threads to create motifs and designs. Earlier quilt or bed spreads, were made out of old clothes. Nowadays, it is made of easily available fabric with embroidery done with most simple stitches to create motifs narrating stories. It is exclusively made by women in 15 villages in Muzaffarpur and a few villages of Madhubani, Bihar.

Inorder to be relevant to the modern times, the designer has incorporated Sujani embroidery on top of the discarded cotton lining fabric in the form of fairytale characters. The fabrics used to create the garments are khadi and are in pastel colours. 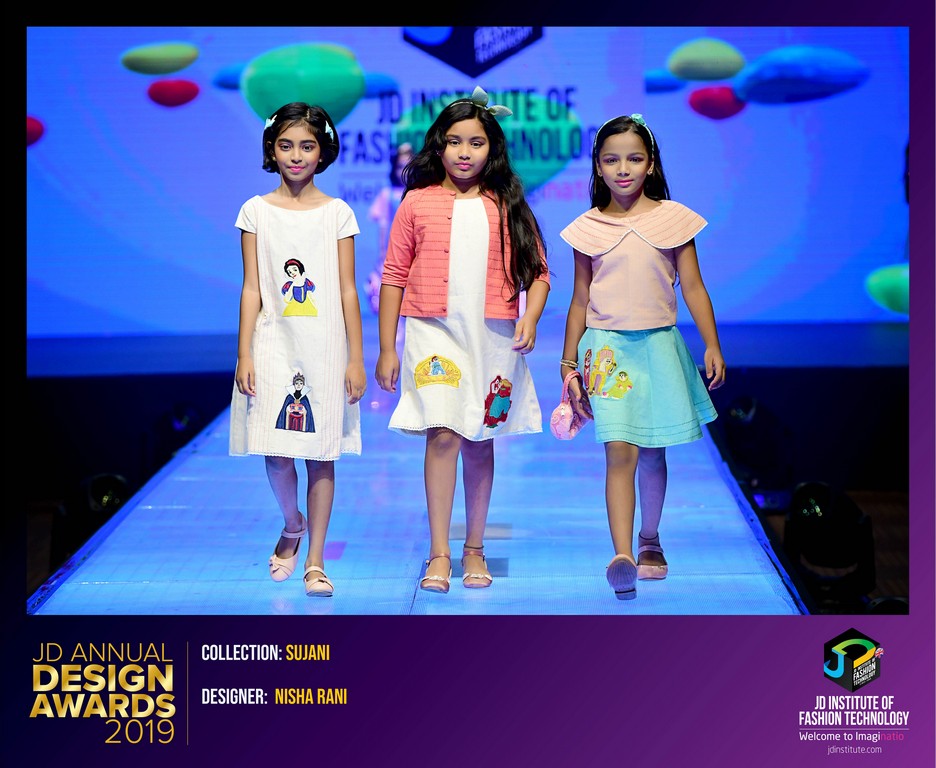 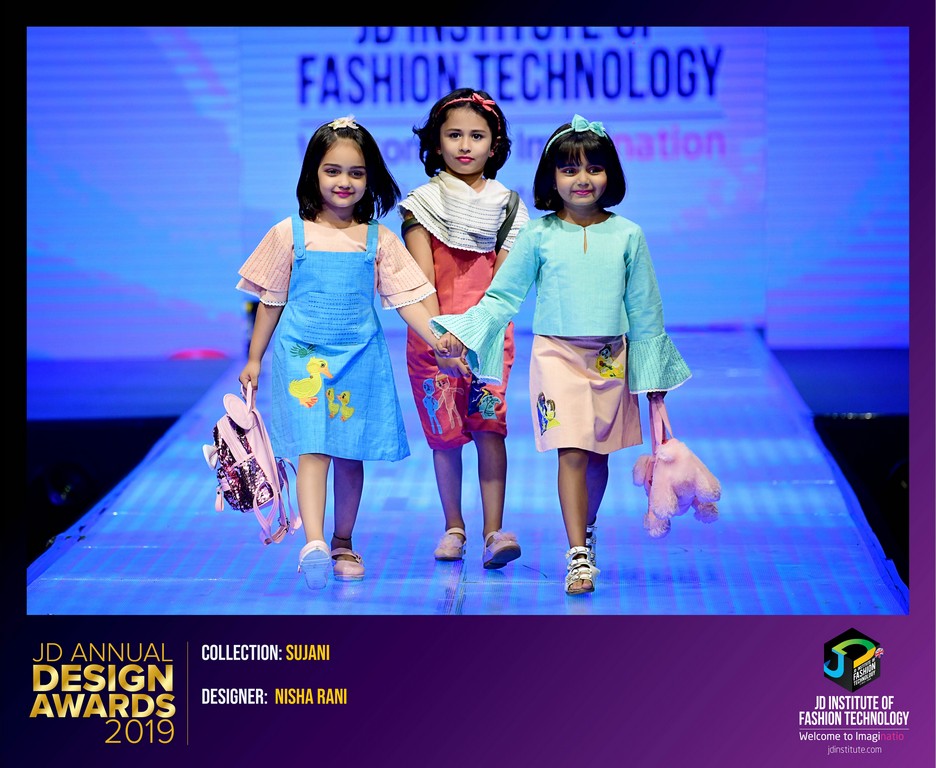 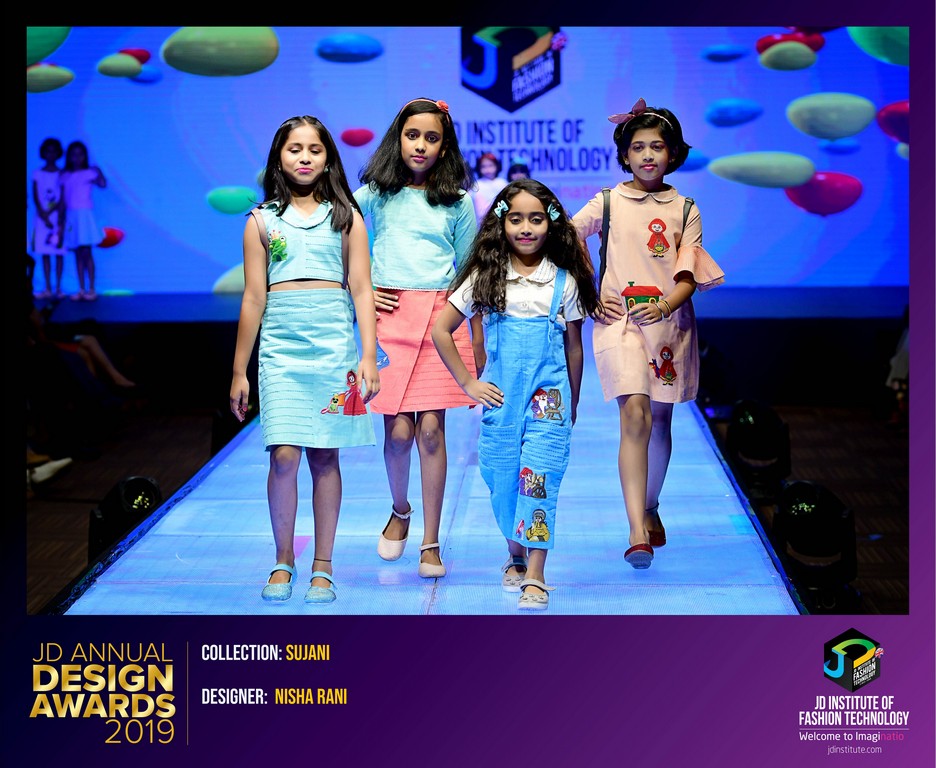 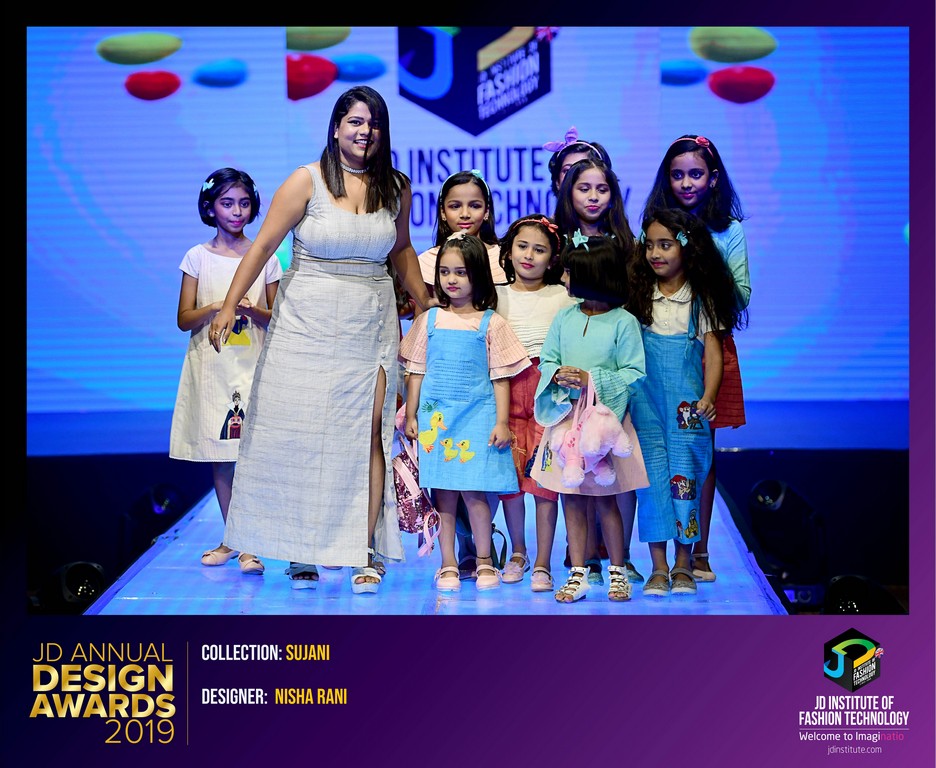 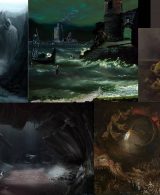 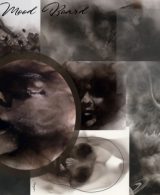