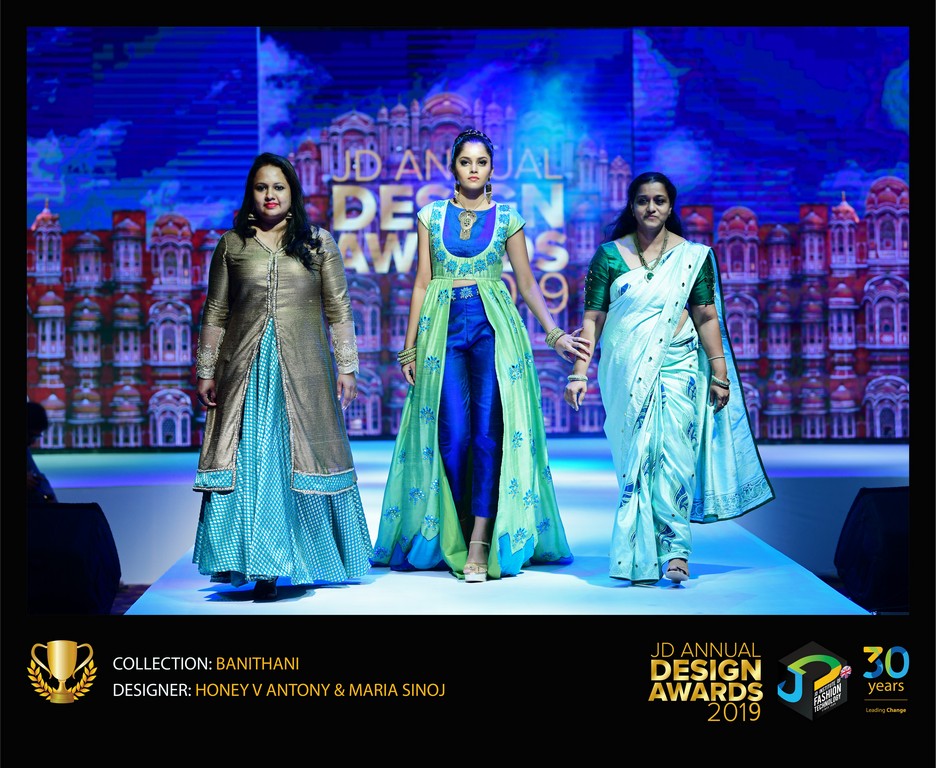 “Fashion is a language that creates itself in clothes to interpret reality.”

Jaipur is the capital of the state of Rajasthan and was the first planned city of medieval India. The architecture of Jaipur was based on the concepts of Vaastu and was founded by Maharaj Jai Singh II. The city is also a case study for modern architects. The three inspirations for the collection – City Palace, Four Gates and Sheesh Mahal are architectural marvels inspired by the Mughal and Rajput architecture.

The silhouettes of the collection are a blend of Indo-European styles reflecting the architecture of the City Palace. The technique used is an amalgamation, which was fashioned by the blending of sheesha or mirror work, aari work with block printing, wherein they have created their own design patterns and blocks, which were then transferred onto the fabric. The motifs and colours incorporated in their collection have been influenced from the Four Gates. Sheesha or mirror was introduced by the Mughals, however they used the mirrors in their décor rather than using it on clothes like the Rajasthanis. Aari work was one of the forms of embroidery also introduced by the Mughals and the motifs used were derived from nature. Block printing on the other hand was used for printing text, images or patterns in East Asia and originated in China as a method of printing on textiles and paper.

Raw silk was the fabric of choice used to create garments, due to its undulating texture and luster which resembles the texture of peacock feathers. The Flared and V shaped borders found on the garment represent the Leheriya effect similar to the paintings on the arches of the gates. 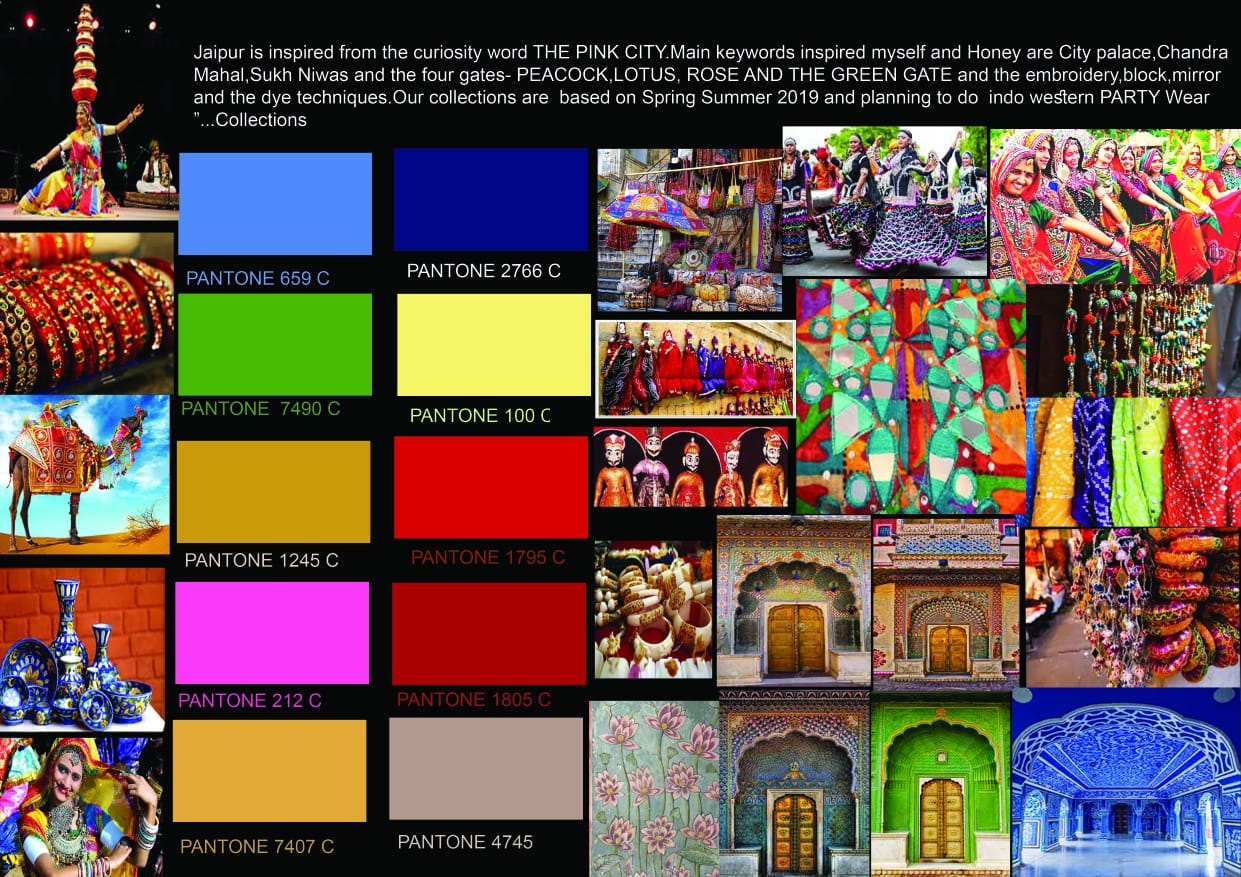 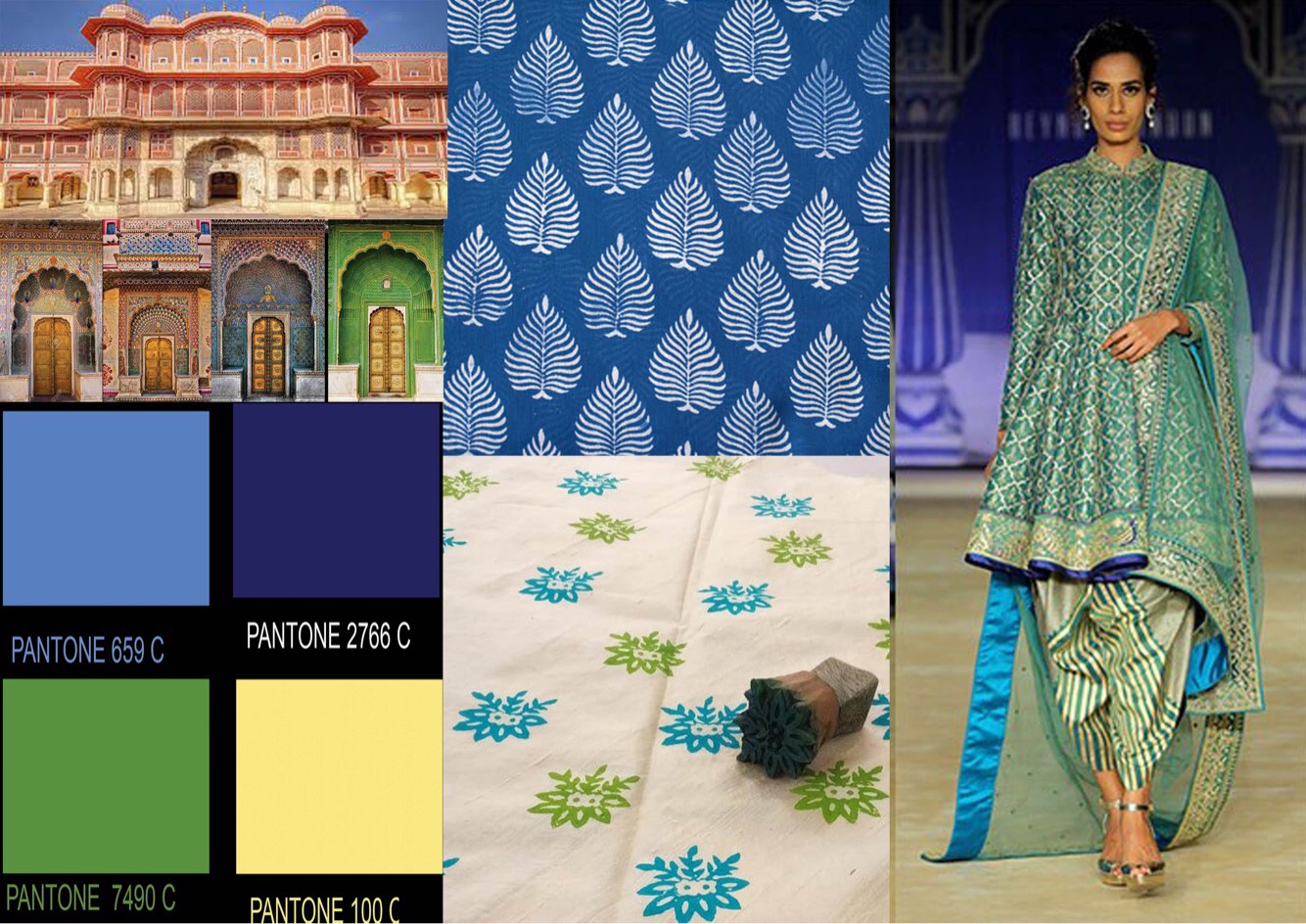 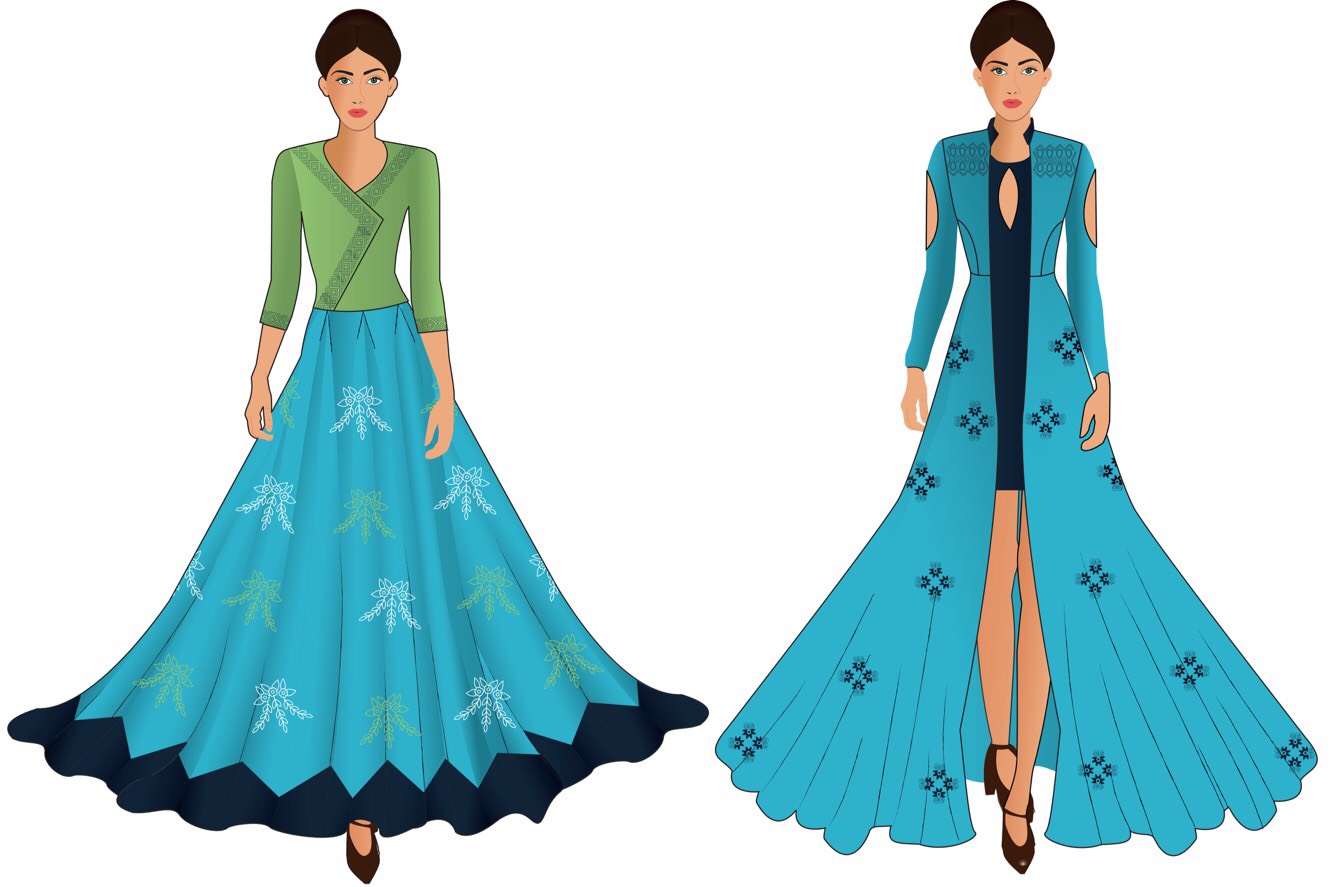 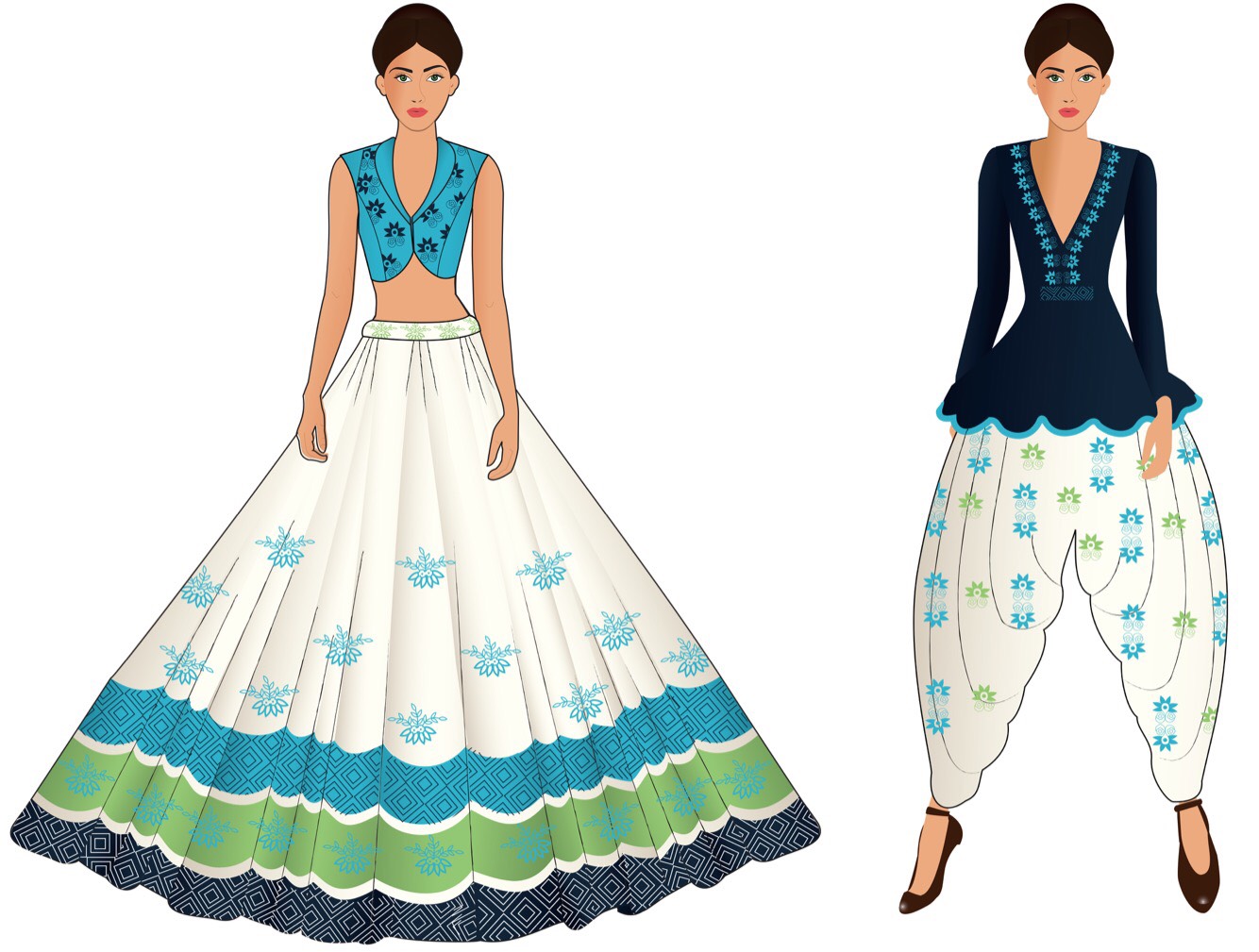 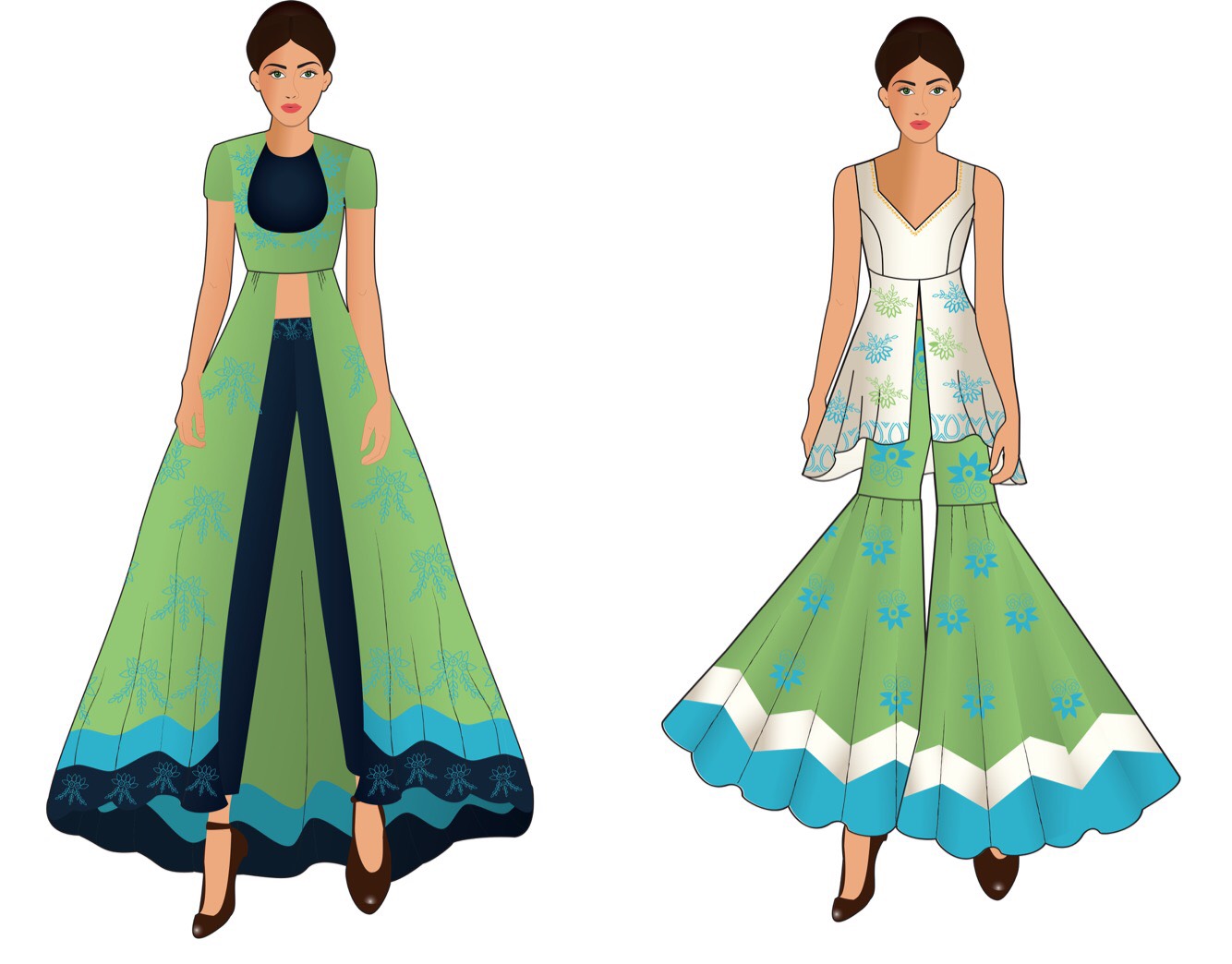 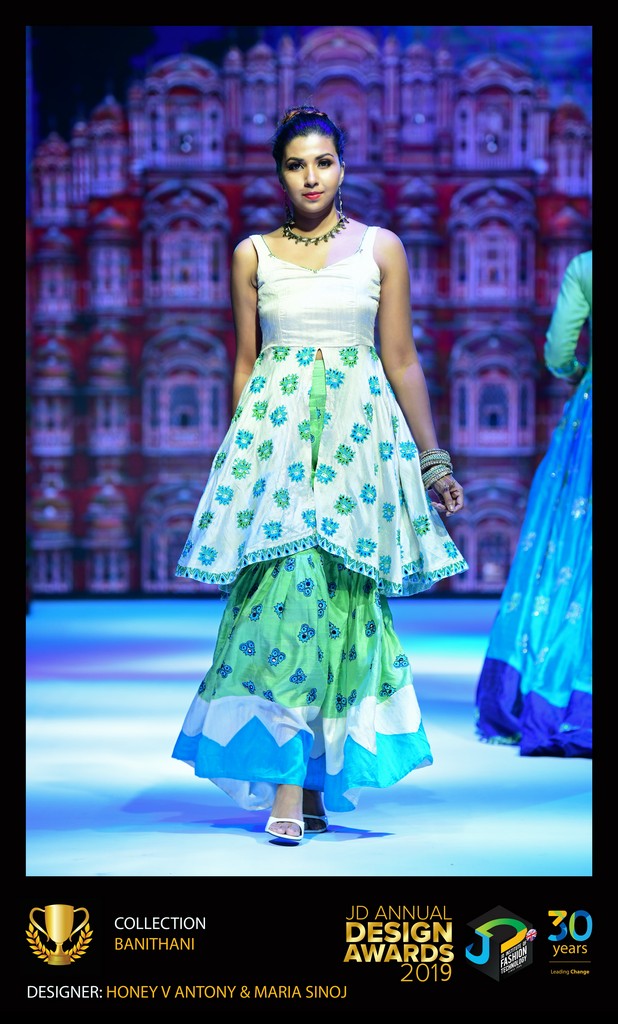 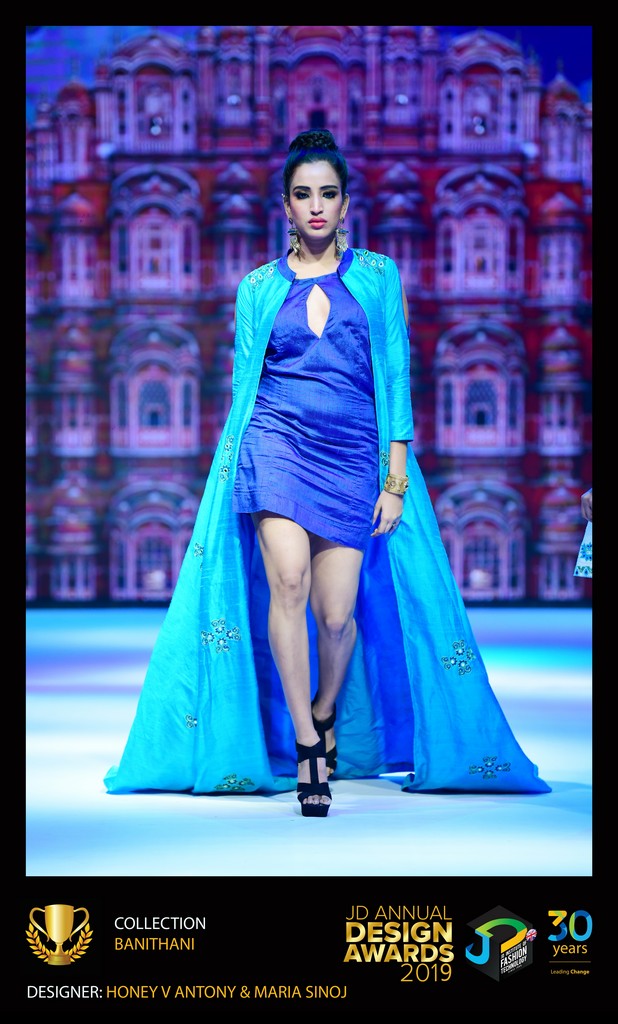 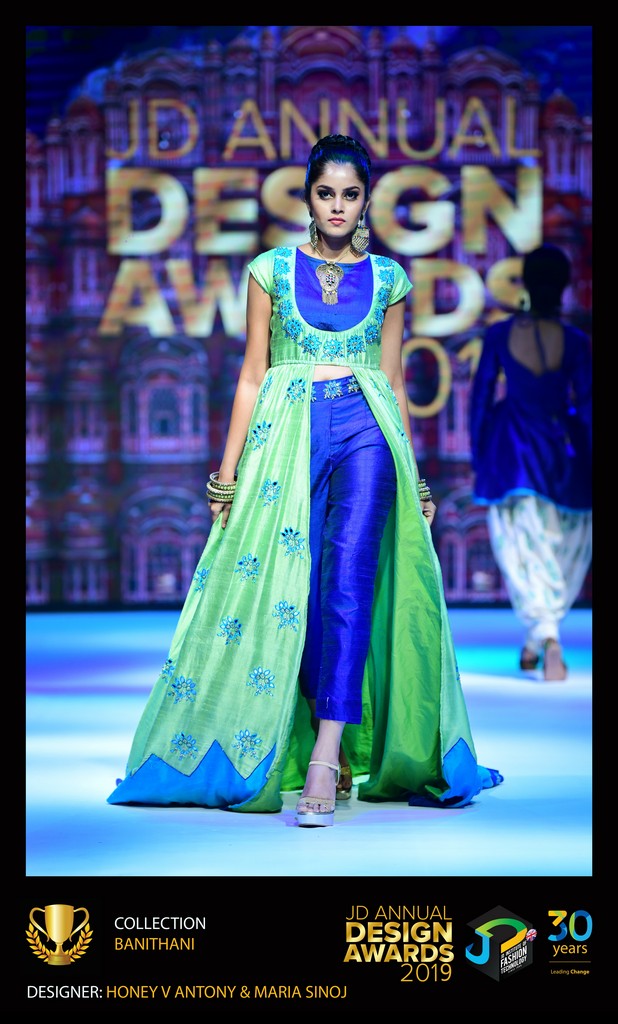 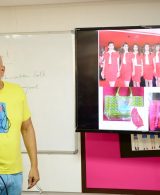 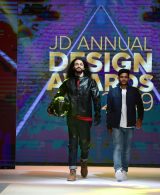