‘RAHUL MISHRA’, the Master of his own fate 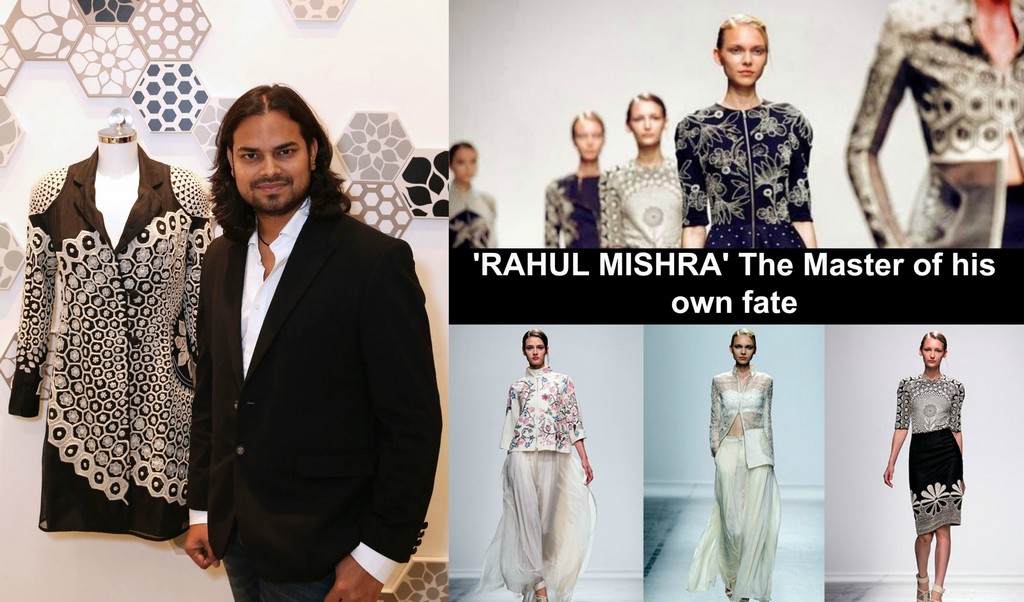 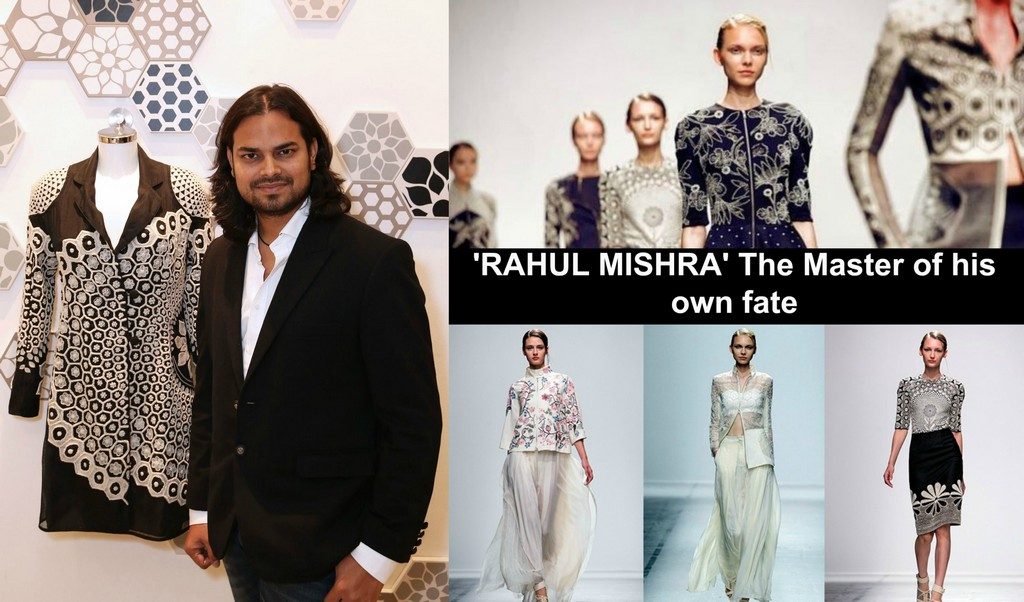 ‘‘There is no chance, no fate , no destiny that can circumvent or hinder or control the firm resolve of a determined soul” – Ella Wheeler Wilcox

People from small villages and towns dream big because dreaming big doesn’t cost them a fortune. They find passion and determination to strive for what they dream about. Such is the story of this Indian fashion designer : Rahul Mishra. From a small village in Kanpur untouched by fashion, Rahul is the first Non-European to make it to Istituto Marangoni, a renowned fashion school in Milan, with a full scholarship. Enrolling for a fashion course in National Institute of Design, Ahmedabad was a case of luck by chance for him. NID was also the launch pad for his debut at the “GenNext” show at the Mumbai Fashion Week in 2006. The dresses and trousers were made from Kerala handloom fabric and off-white marked the trademark signature colour  for him.

Mishra had a fairytale debut but he was overwhelmed by the enormity of the fashion industry. He was unsure of whether he would measure up and his doubt vaporized once he realized that he would have to infuse traditional Indian textile with global scenario. Being true to his ideology, he has experimented with different kind of handlooms, weaving silk with cotton or wool to create new textures and weaves.

They say, simplicity is the ultimate sophistication and this definitely holds true for Rahul Mishra who is not only known for his technical skill and intricate craftsmanship, but also for his seamless garments and his love for off-whites and black.

A designer who doesn’t believe in celebrity-studded fashion shows because they shift focus from the creation of the garment, he has a philosophy that “design a system where the potential of participation can be explored”. He has ensured that his philosophy is adhered to by generating work for craft communities in the villages of Gujarat, West Bengal and Madhya Pradesh. His aim is to safeguard the craft of millions of artisans and craftsmen present in India. 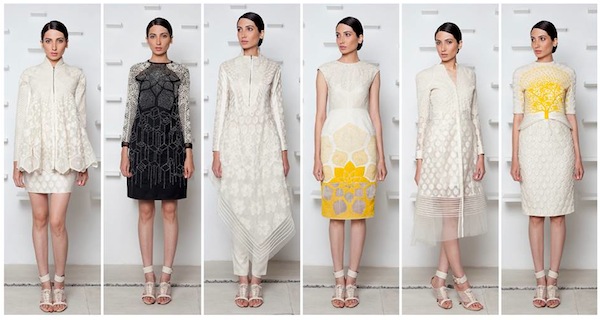 A proud moment arrived in Rahul’s life when he was awarded the prestigious International Woolmark Prize in 2014 at the Milan Fashion Week, for a collection that The New York Times said “changed the seasons”. Innovation in fashion took a great leap with this collection ‘The Lotus Effect’ where Rahul  created a new fabric that was 85 per cent merino wool and 15 per cent silk. The result was a wispy, translucent cloth which glides in your hands like a summer breeze. He used it to make knee-length dresses and pants in off white and yellow, embroidered with lotus and tree motifs. The Lotus Effect was based on hexagonal shapes and lotus motifs.. The collection was influenced by monochromatic work of Dutch-graphic artist Maurits Cornelis Escher. Mishra also displayed this prize-winning collection at Lakme Fashion Week,Delhi, where he blended bandhini with wool. Style.com’s editor Tim Blanks called the collection ‘scientific fashion’. Music set the mood and triggered eclectic ideas behind his Woolmark collection.

With laurels added to his name, he’s a designer inherent with integrity and unmatched philosophies and indeed, one of the finest talents of today’s urban fashion fraternity contributing nationally and globally by fostering the perfect sync. 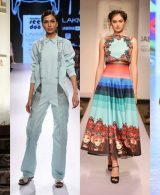 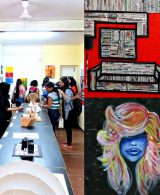