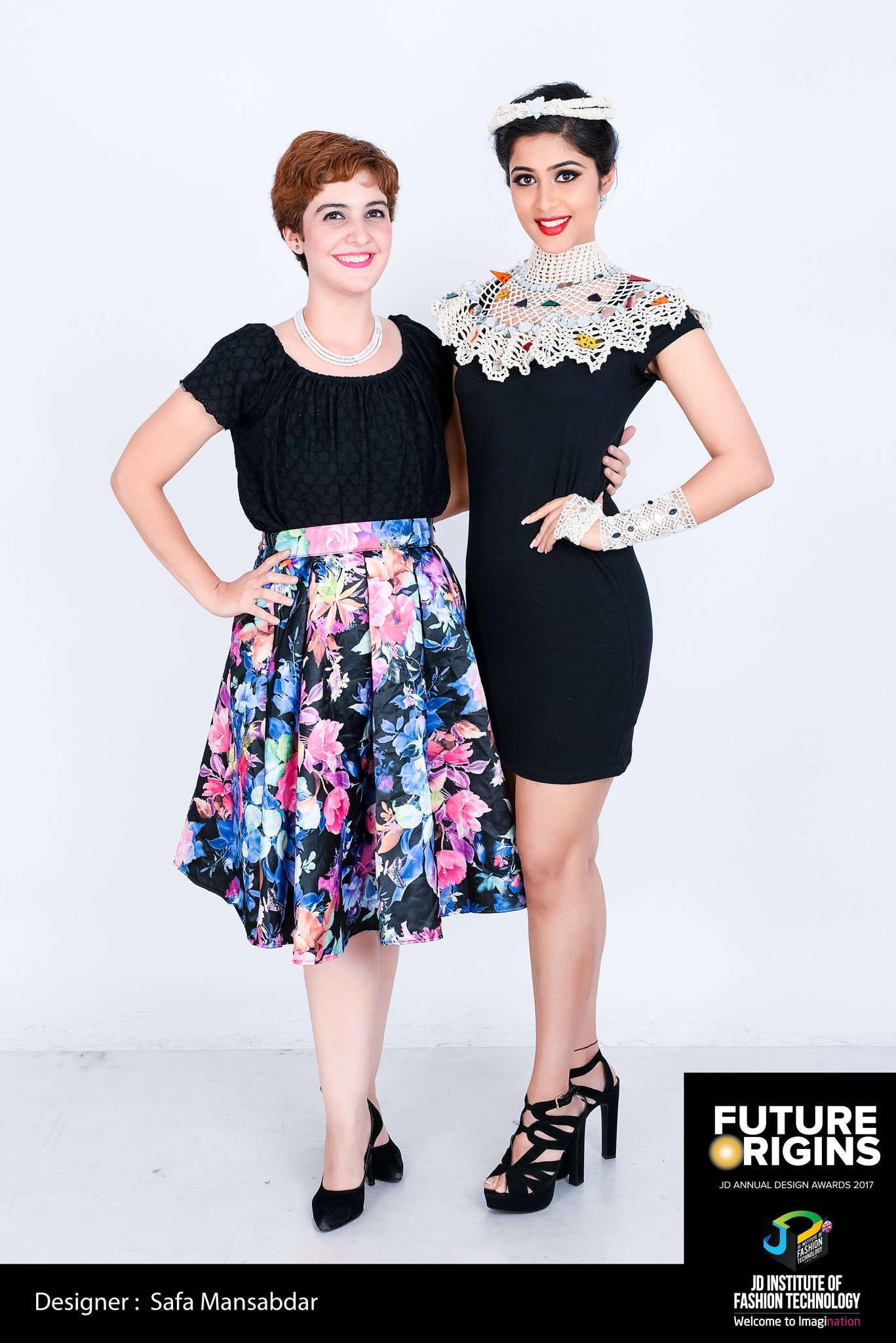 Daria-I-Noor, which implies sea of light, is a culmination of two exquisite and exclusive pieces. The protagonist is the body gear which has incorporated the oldest known architecture and used Farvahar, which is an ancient Persian symbol used as a secular national symbol. The Farvahar is the centrepiece at the back made with clay, using a dark gold colour to highlight it, with a sun throne in the background, which is made up of metal mesh in a 3d form with jute strings and re-cycled colored glasses to bring a uniqueness under different lighting. The bottom half is a waist belt made by metal mesh in a 3d dimensional effect form. For the front, the designer has made a choker, twined with jute along with jute strings attached to it which flow down to the waist belt below. The waist belt below again incorporates 3D dimensions, with a metal frame, held by jute twining. The belt in the front again incorporates old re-cycled colored glasses, to add on to the 3D design.The various colored glasses is used to replicate the design of old Persian mosques with the crochet, giving it a multi dimensional look, in various lighting effects.

The other artistic piece is completely made with Crochet. The stand out feature is the Tiara. Two overlapping crochet rolls, held at the centre with a flower shaped mirror, with tiny pieces of mirror stuck on the tiara. Along with this, there is a choker, which starts from the neck covering the length of the shoulders, dropping down to almost chest level. The necklace again has coloured glasses to bring out an extra razzmatazz for this piece and the design language being inspired by Persian architecture. The choker is the main attraction. Along with this there are pair of gloves that go along with the piece.

Both the creations do not endorse any harmful products and are re-cycled or abundantly available products in nature. The designer’s aim to create a fusion, where we rely on our past for the inspiration of the design, the present for the availability of resources, for a better future, is fully met through the creations. 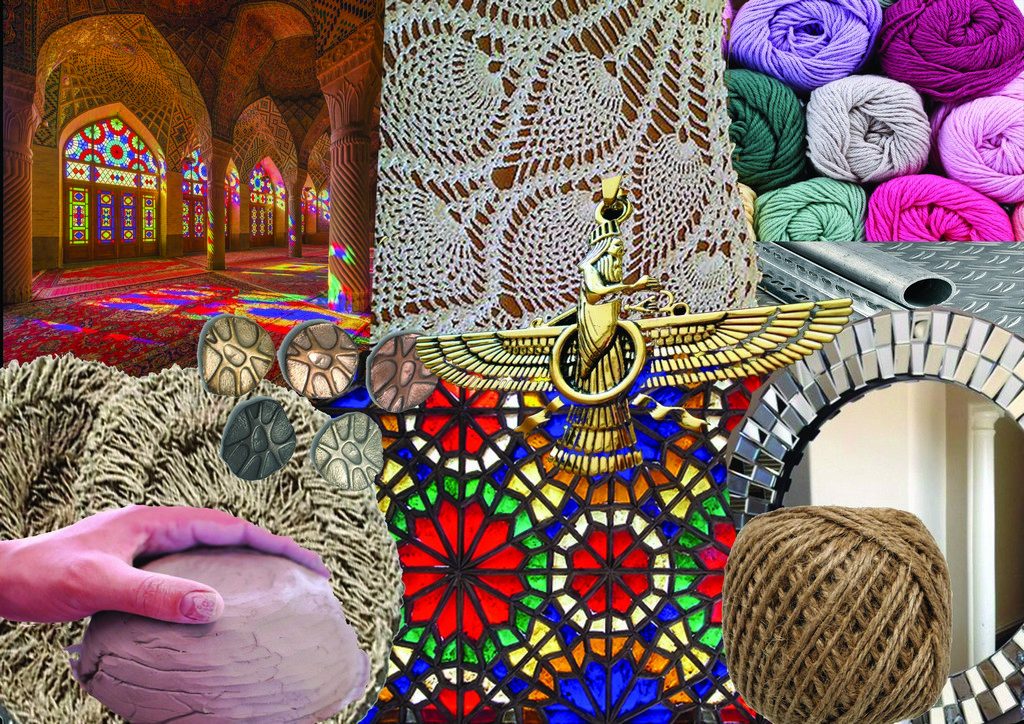 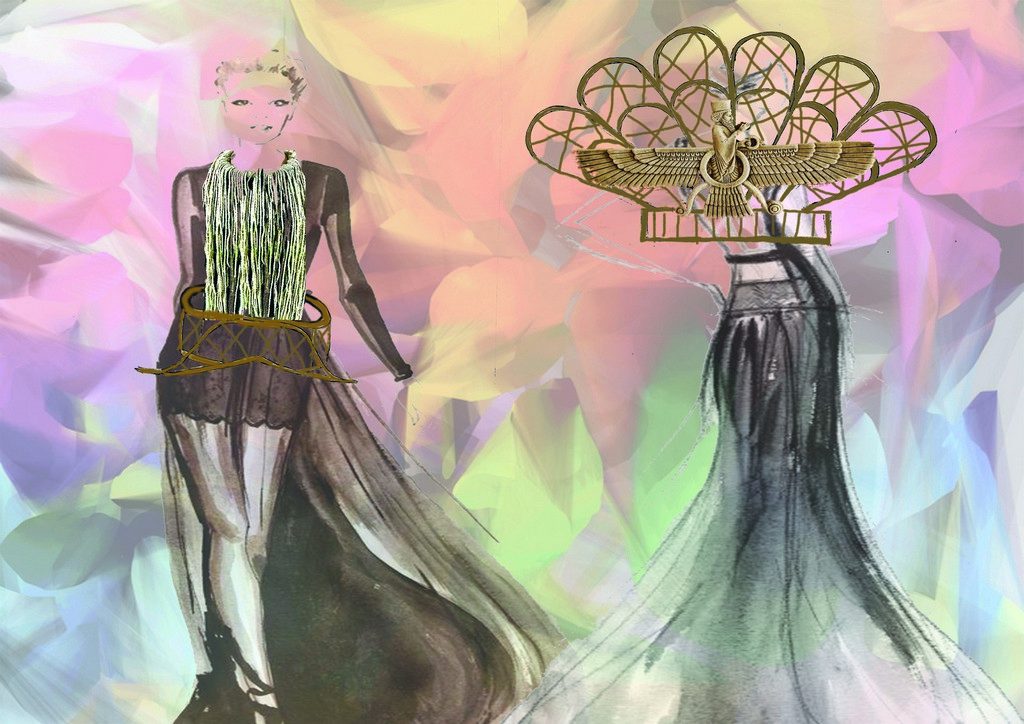 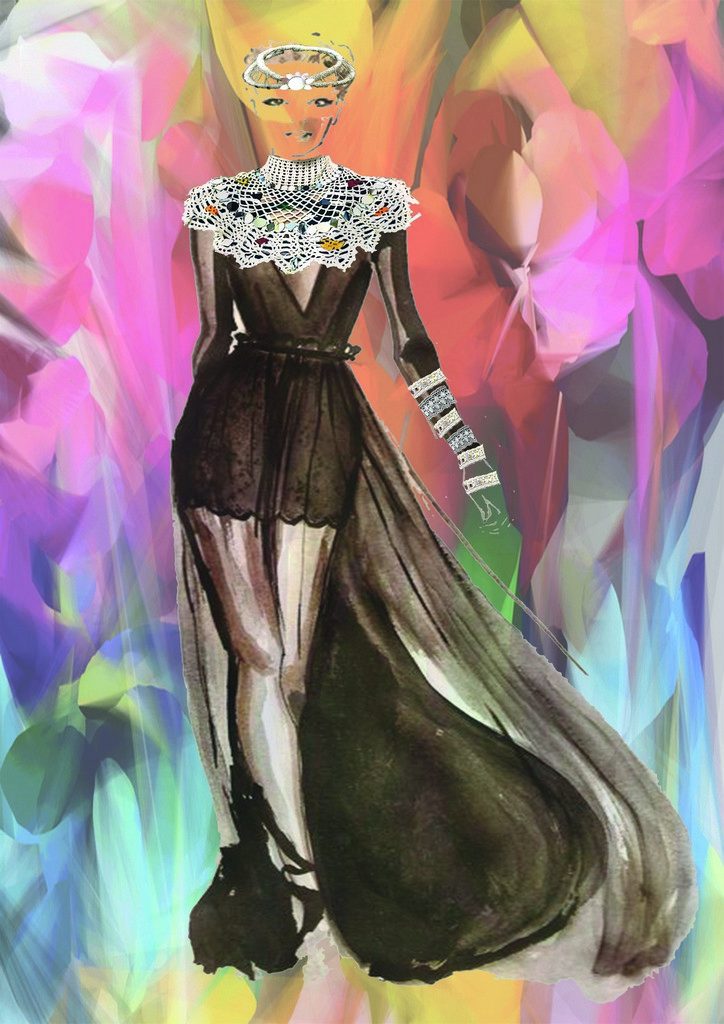 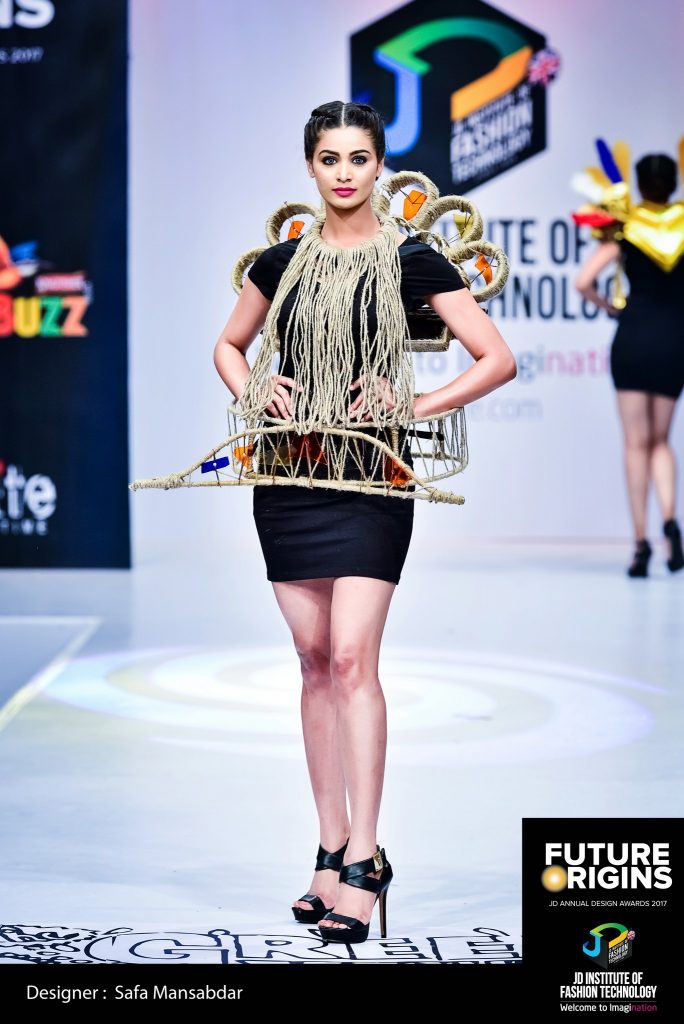 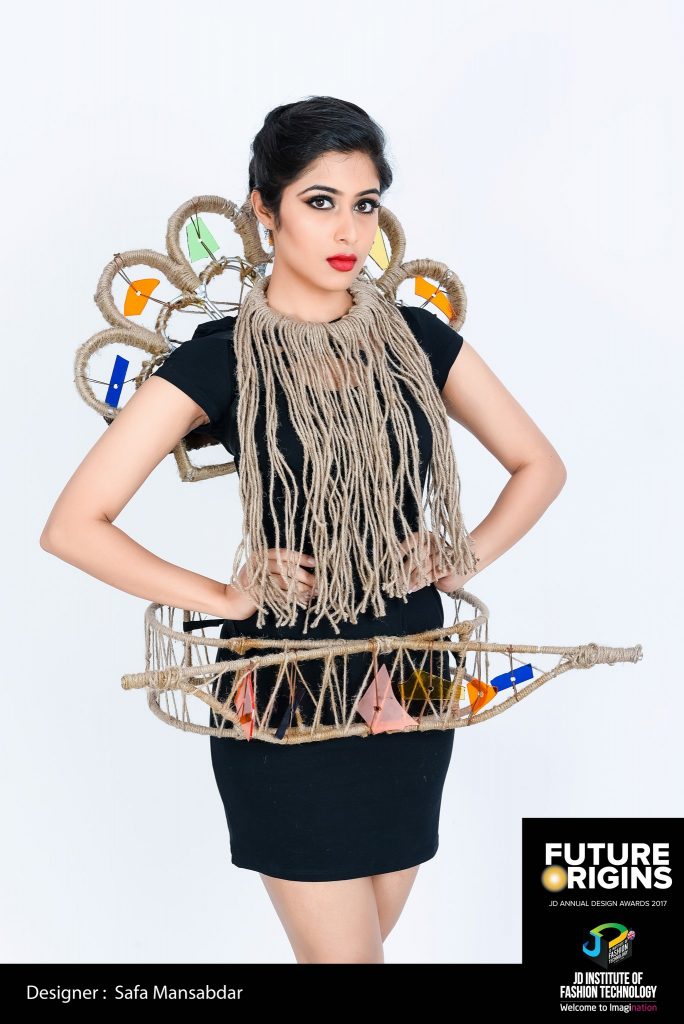 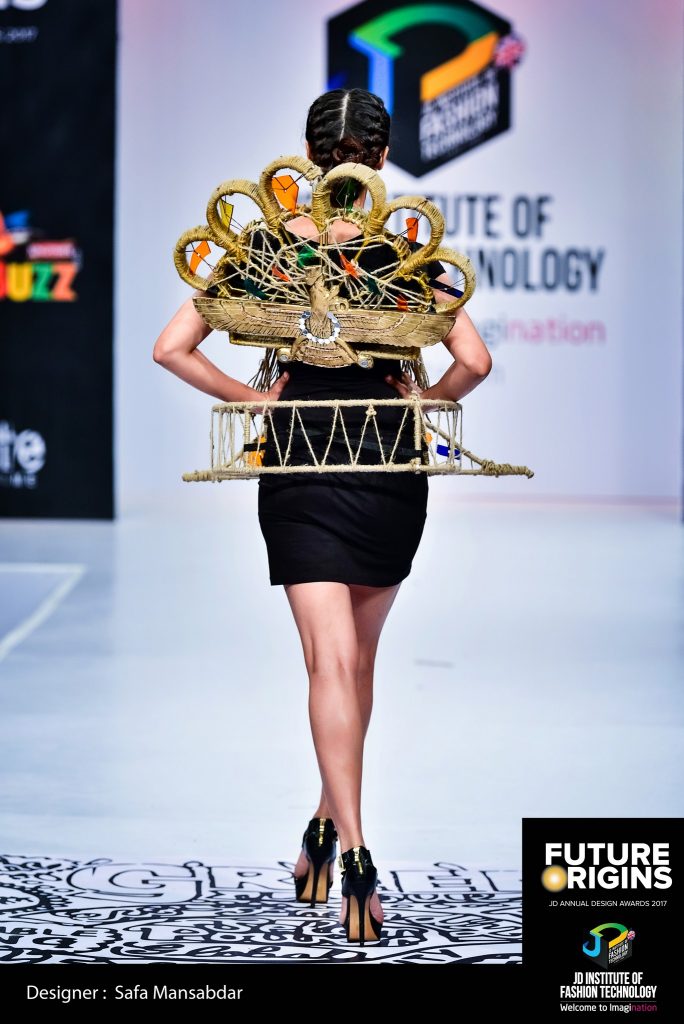 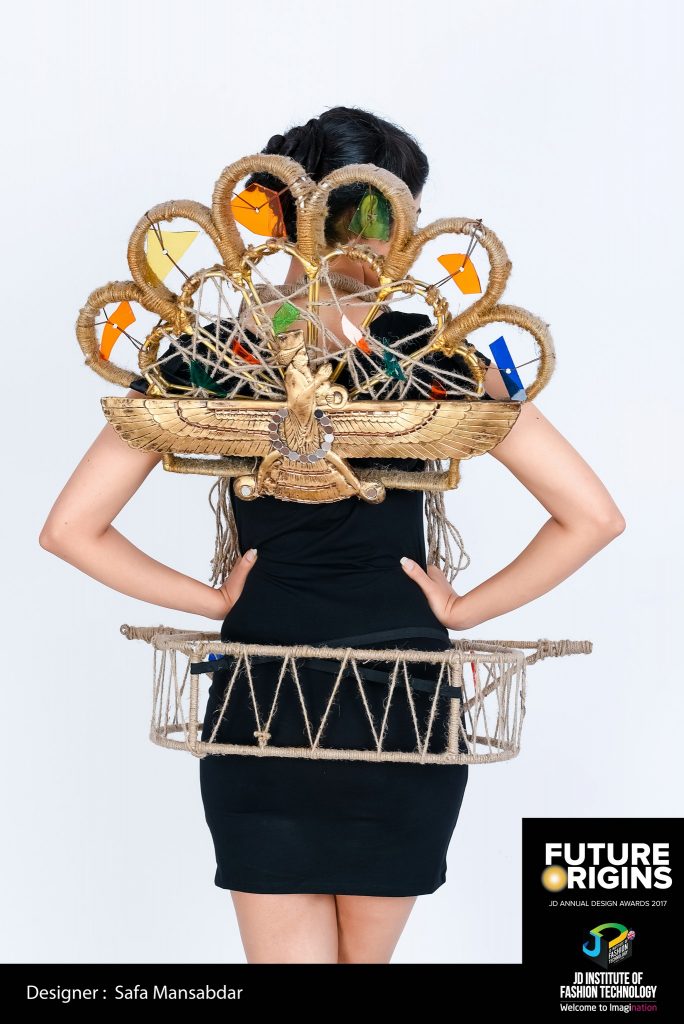 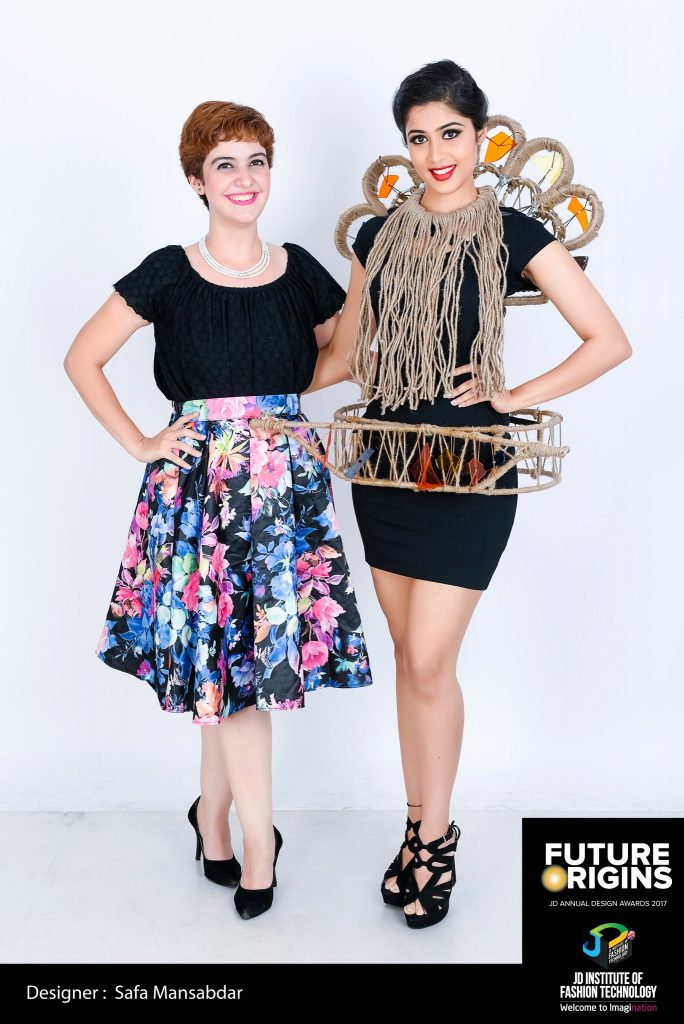 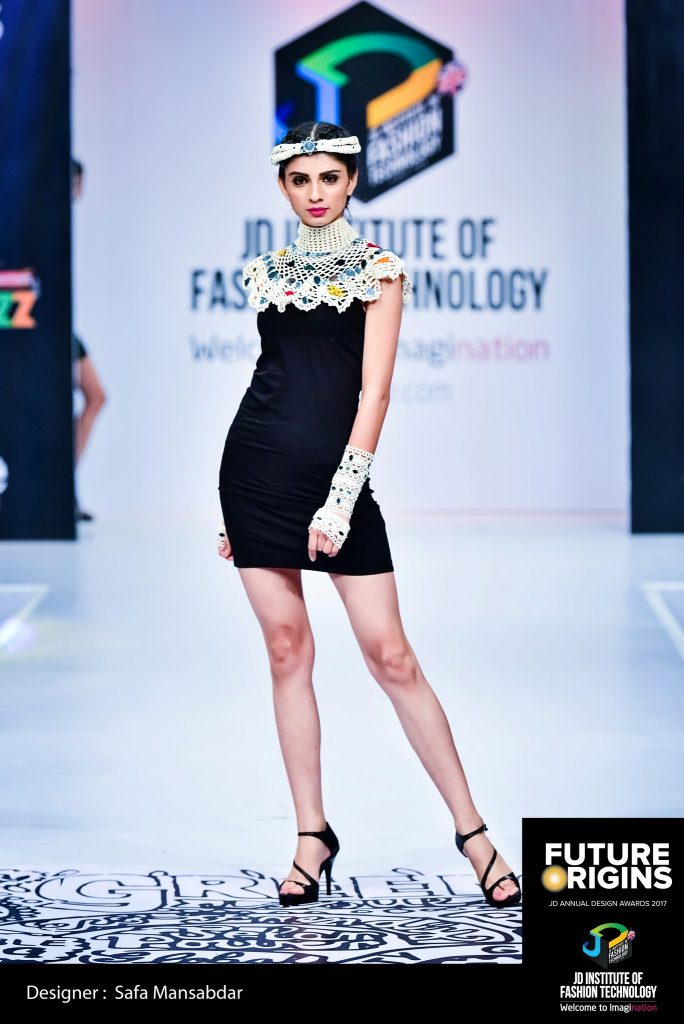 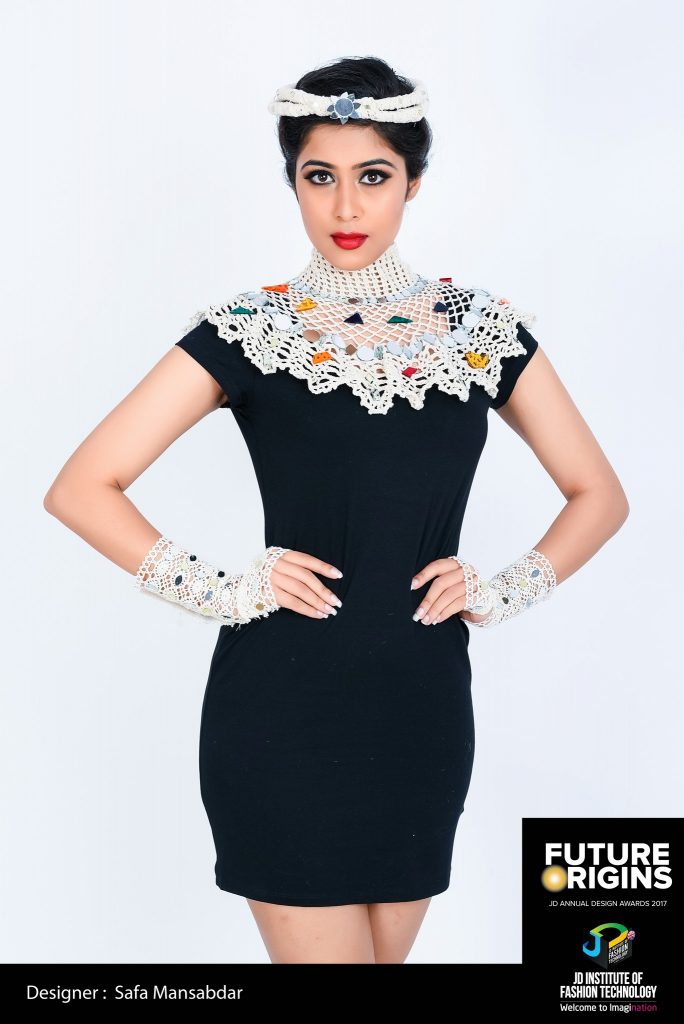 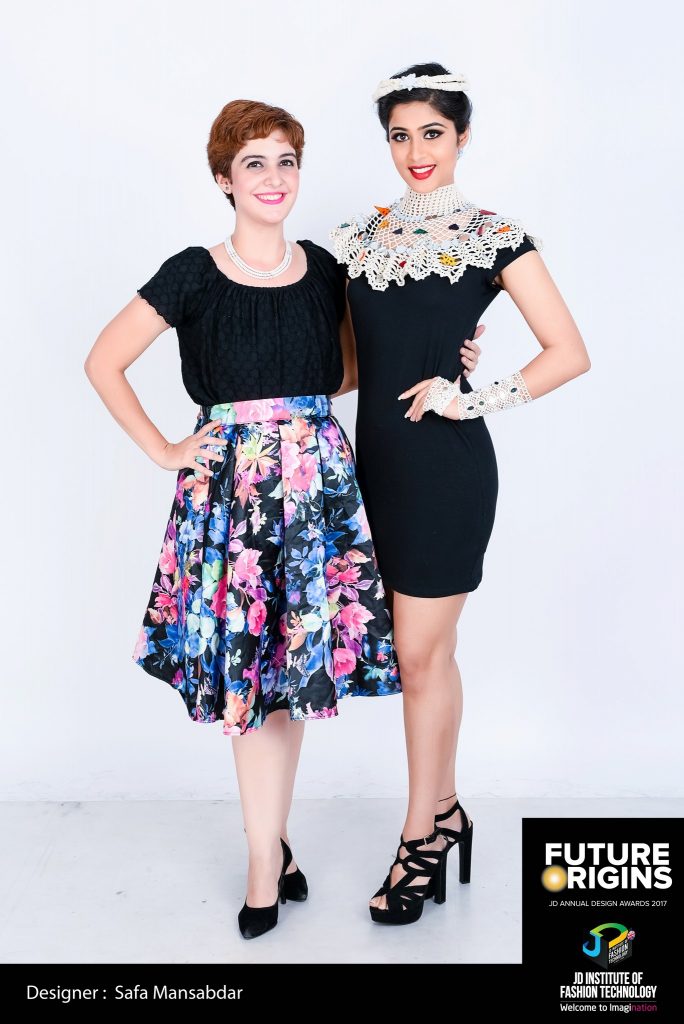 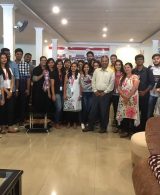