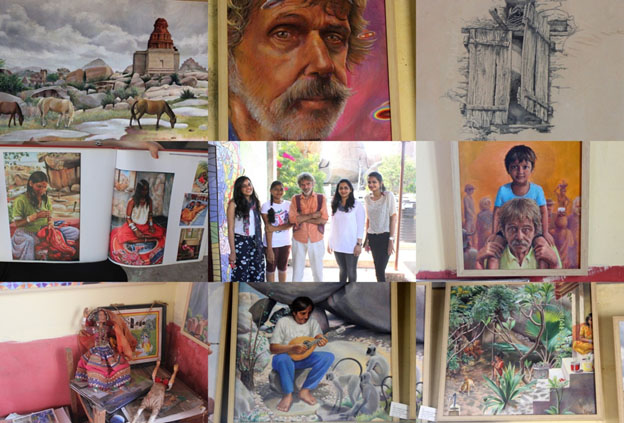 Have you ever thought how it would be to visit an unknown land, be swayed by its beauty and then live there forever?

Robert Geesink, born and raised in the bustling city of Amsterdam left his job and came to explore India in his mid thirties. His visit to Hampi left him awestruck. He found his inspiration in nature and was befriended by a Lambani woman, whom he married later on. Robert’s love for the Lambani women is evident in his paintings. He depicts them with bold colours and charismatic features. He believes that the Lambani dressing is becoming extinct, but his paintings will forever remain.     Through this collection, the student designers have converted the traditional Lambani motifs into digital prints, adding a contemporary touch. These prints are embossed on the outfits with the foam print technique. The usage of Lepo art and Kodi work brings out the uniqueness of this Menswear collection. 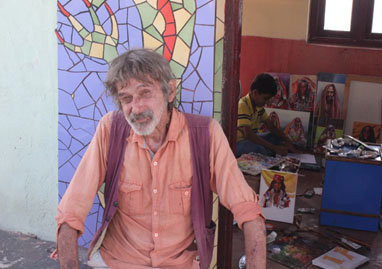 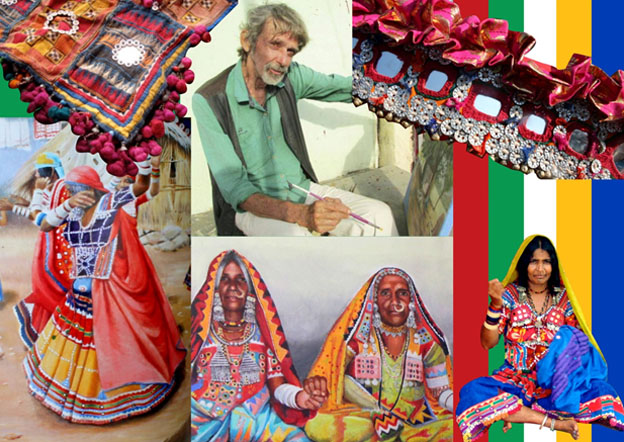 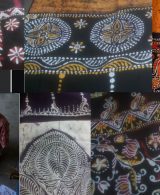 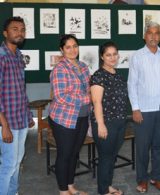