The artworks included Gond paintings on wood, paintings based on the artist’s poetic perception. There were artworks based wherein an artist had to assign names to leaders with photos of them on photos. Another artist explored his artworks with recycled materials on photographs. There were installations portraying social and cultural issues.

The students shared some of their interesting experiences:-

Bapi Das is known as an autorickshaw driver back in Kolkata. He has practised the art and has been part of Kolkata’s Academy Of Fine Art’s annual exhibition in 2016 and 2017. One can see the sights he sees through his windows and mirrors from his auto. He has used intricately embroidered panels, layering with needlework, pieces of fabrics to depict the city’s many visuals which include it’s workers, residents and the faces that feature on the billboards.  He showcases the everyday scenario through his embroidery. Moreover, he has shown his artwork through the memory of impressions created in his mind through a decade of travelling in the city. 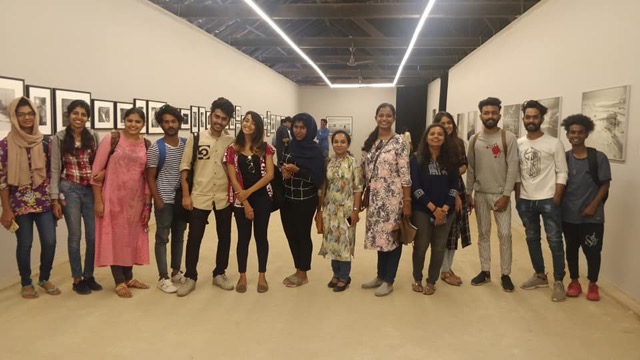 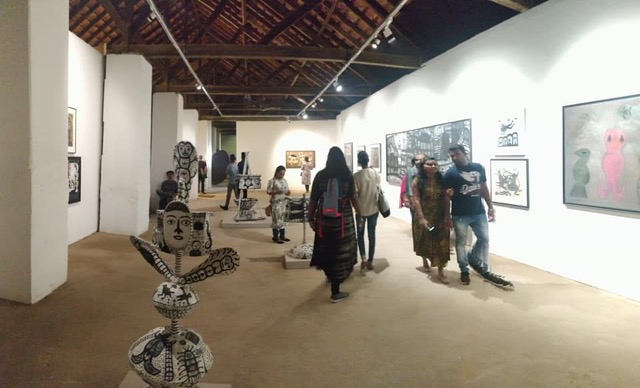 She has her installations set up after investigating political borderlines and how they exist beyond maps to invisible mechanisms of control and surveillance. She has an installation of 100 speaking microphones that are sitting on stakes that pierce the page of poetry. The writers who are represented were imprisoned for their poetry or politics and this installation gives a stand to their forced silence. 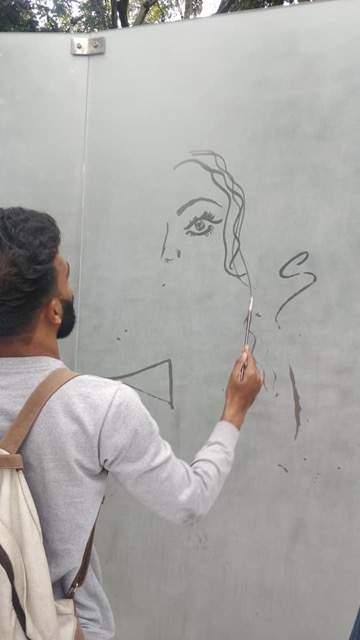 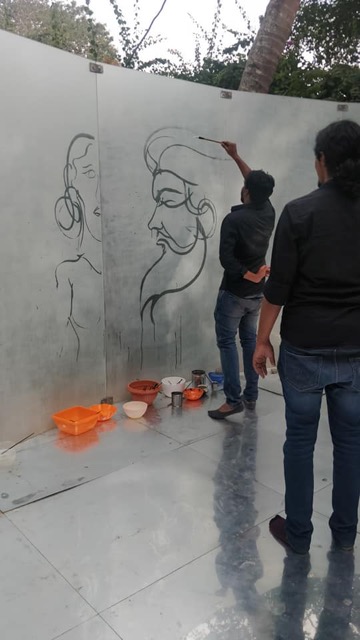 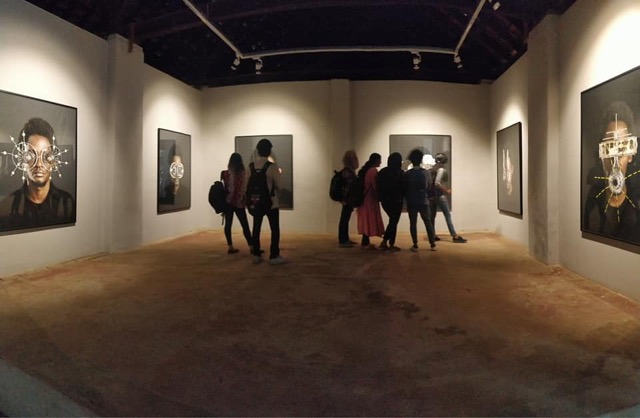 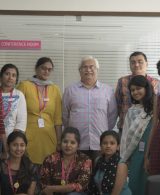 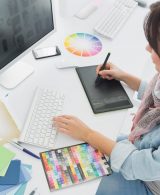