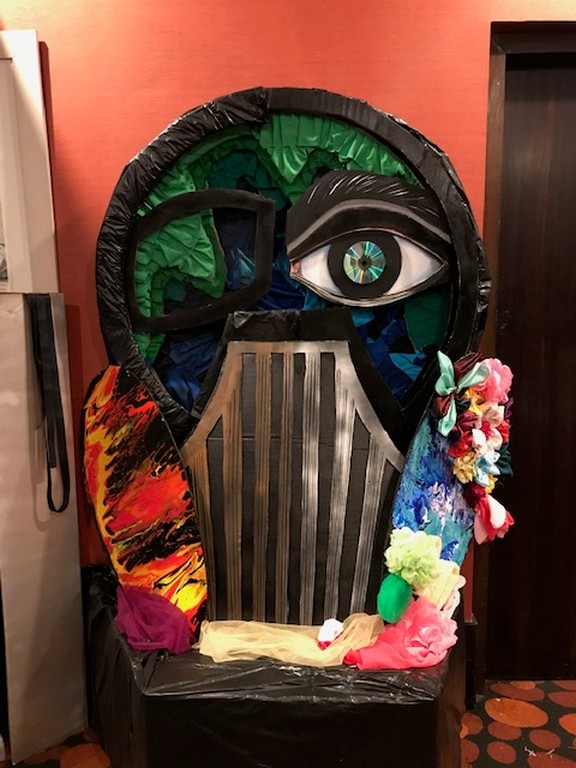 JD Institute of Fashion Technology is proud to have an art installation set up by our talented students at the 21st edition of the Bangalore Fashion Week – Winter Festive held at The Oterra.

The 7.5 feet long installation named Trishanku resembles a mask and was created by the students of JD Institute of Fashion Technology, Bangalore and is inspired by its namesake, a mythical character who was earlier born as Satyavrata and was known to have led a life of righteousness. However, this made him gloat with pride and he was determined to ascend into heaven in his mortal form. When he approached sage Guru Vashista, he refused to grant his wish. He then approached the sage’s son who also refused him. This infuriated Satyvrata who in turn spewed insults at him. The barrage of insults led Vashista’s son to put a curse on him that turned him into a wretched being called Trishanku. He then sort the help of sage Visvamitra, who with his own power lifted him into heaven. On seeing this Indra and other gods, pushed him back to earth. This fall was arrested by Visvamitra to save him. This state of limbo is commonly known as Trishanku heaven, which was the result of Satyavrata’s ambitious goals to achieve glory and liken himself to the gods that led to his ultimate downfall.

The wretchedness caused due to gloating about one’s greatness is used as an allegory to create the installation. The students have tried to #Unmask the wretchedness of the fashion industry through the installation which delves into the world of fashion, which has created a monstrosity through the emergence of fast fashion. Inorder to counter the effects of this trend in fashion, a small but effective revolution in the form of sustainability, has made the industry take notice and inch towards a more conscious way of creating apparels. Sustainability forms the core concept of the installation, which is one of the trending disruptions in the fashion industry and the need of the hour. Sustainability has to be a collective effort by brands and people alike.

One side of the mask is thriving with greenery and the other side shows a grey area that has been the result of the pollution, created not just by the industry but also by us – “the consumers”, who have contributed equally by following fast fashion. These aspects are shown through layering, which can be observed, when you look at it from sideways and each layer is made with different materials. However, the front view forms the whole which stands as a part of the whole. 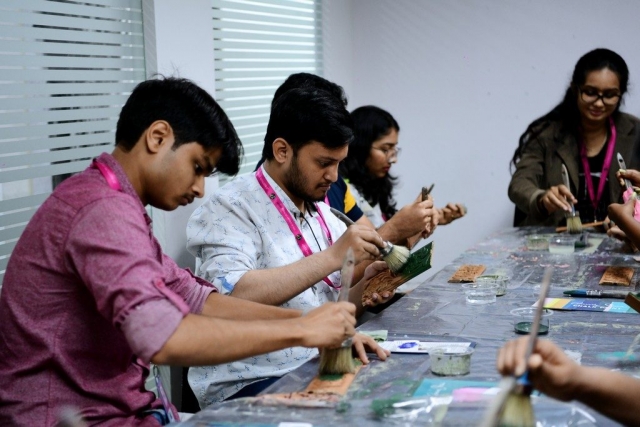 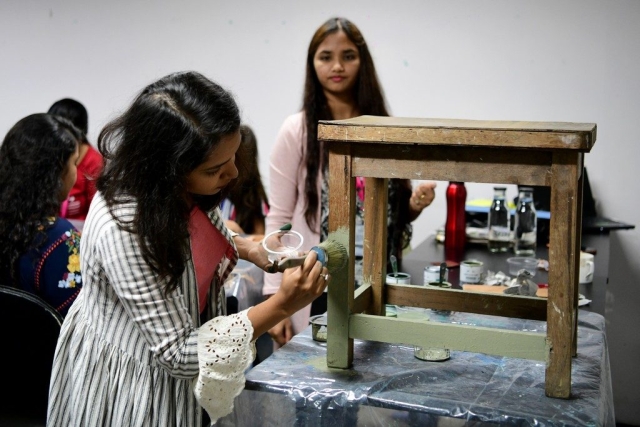 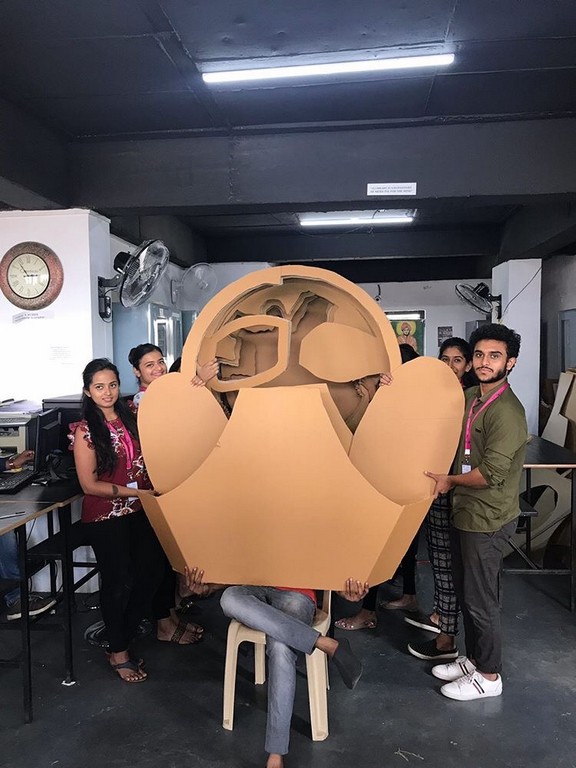 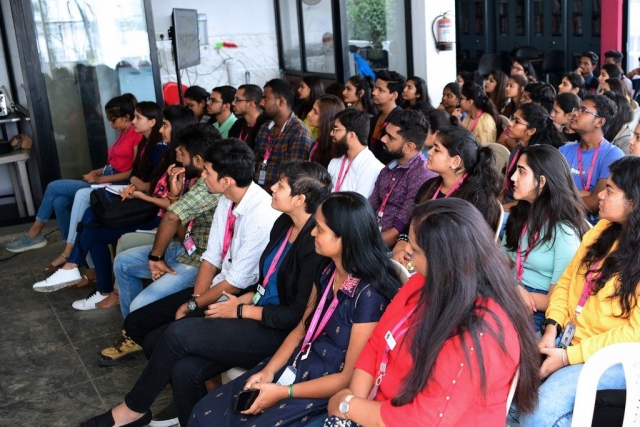 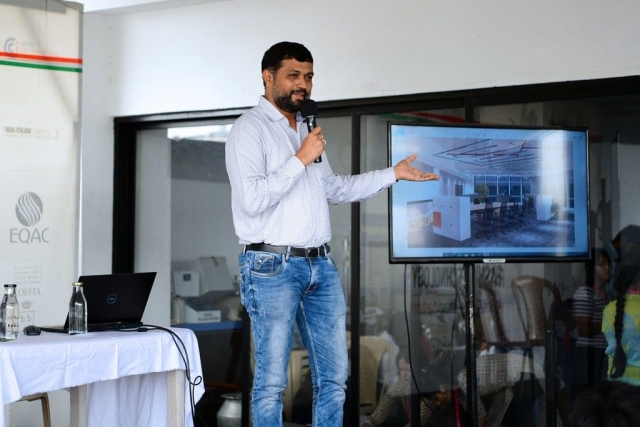 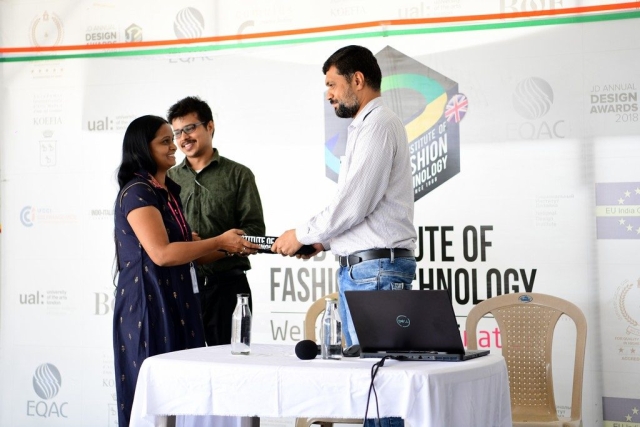 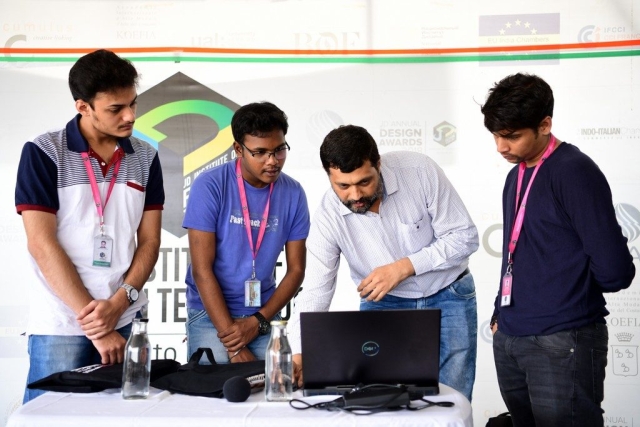 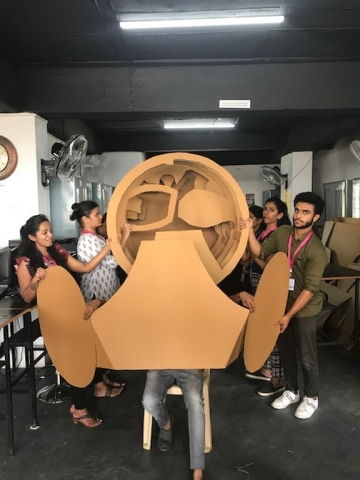 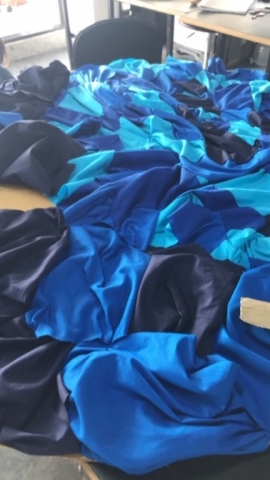 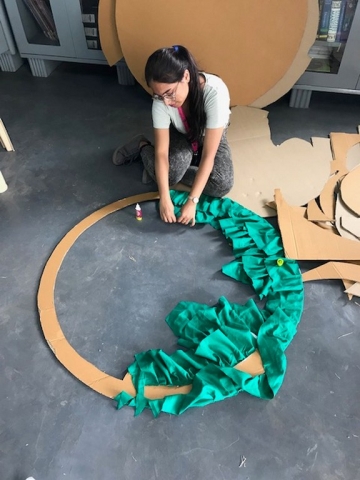 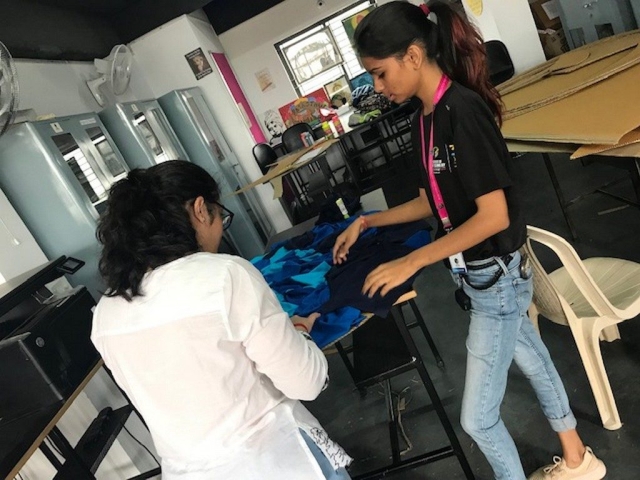 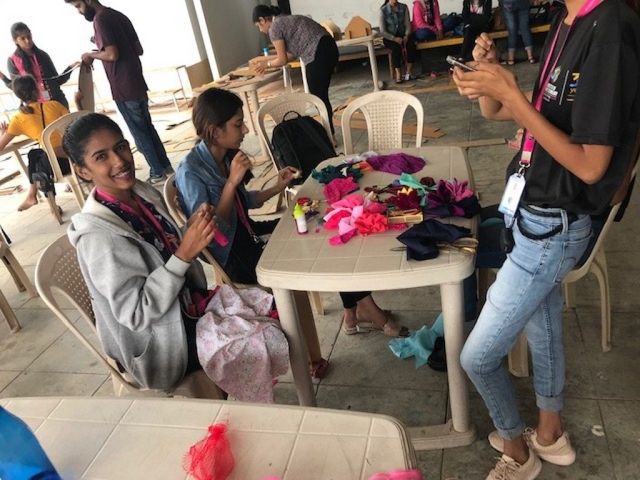 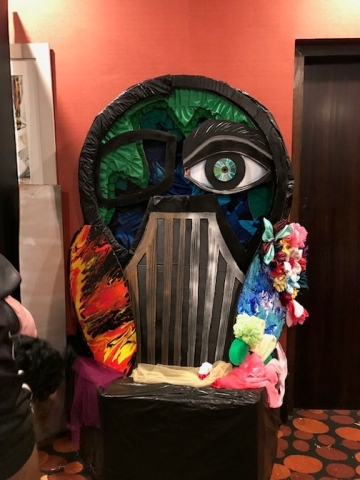 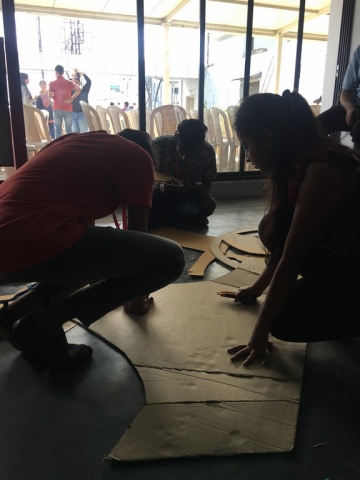 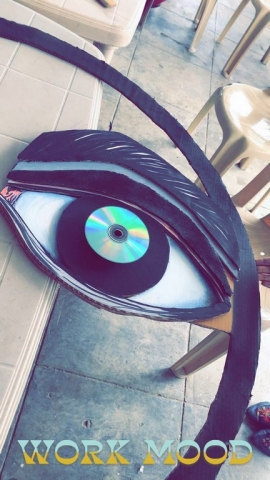 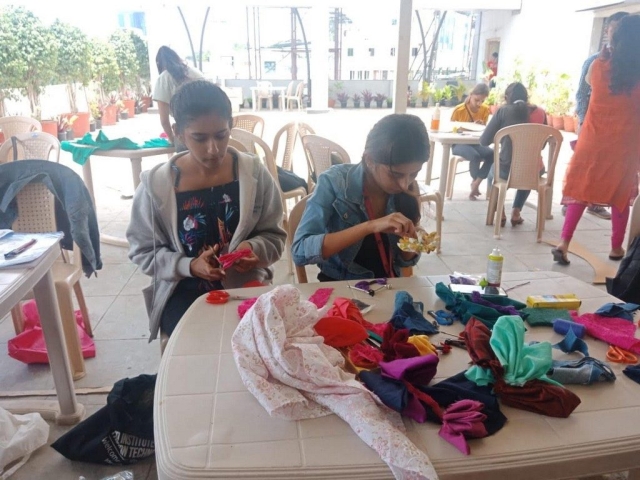 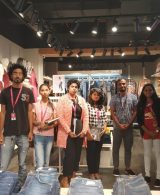 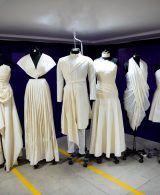