“If fashion were a song, the colour would be the beat.” A quote that completely stands true to Ashok Maanay’s work. The talented designer’s first love affair was with vibrant beats of colours, its infinite possibilities. As an artist he enjoyed every bit of colours, he used them in his paintings. And, as time passed by, Ashok started understood the magic of colours in fabrics.

With this fanciful insight into colours, he started designing, realized the richness of fabrics and played with it along with all types of embroidery (handwork) and embellishments. His parents and grandparents tremendously inspired him by their choice of wardrobe. Especially, during the royal weddings which he very often attended. He learnt the nuances of designing from Ashok Maanay Batch of 1996 – JD Institute of Fashion Technology, Bangalore.

Ashok’s work is highly applauded all around, in Bangalore, Hyderabad, Cochin, and Delhi, just to name a few. Choreographer and actor Rahul Dev Shetty is one of his biggest fans. He also participated in “New Delhi International Fashion Week” and won the best designer award, much to the amazement of his co-designers from all over the world.

Indian royalty, rich heritage and its vibrant hues envelopes and rejuvenates his mind. His collection envisions portraying the tapestry of Indian cultures. The tapestry which is a collage of creativity spread across the states of our country, each with its own distinct flavour of embellishment.

Ashok Maanay is one visionary designer who proudly embraces the opulent culture and heritage of our nation. 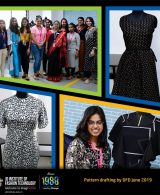 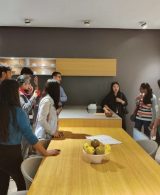