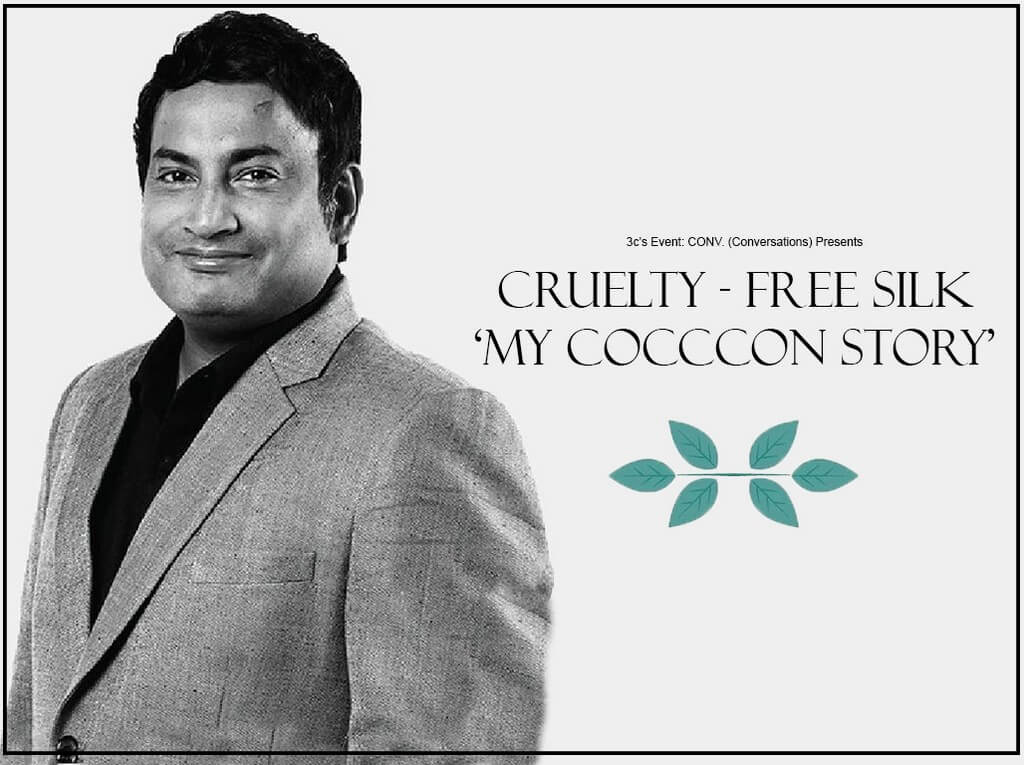 ‘Cruelty- free silk– My Cocccon Story ’ was the next topic of discussion in the latest series of CONV. (Conversations), which is a part of the 3C’s Outreach Program by JD Institute. An initiative to educate their students on the present scenarios and efforts made in the creative industries.

The protein fiber of silk is composed majorly of fibroin which is produced by certain insect larvae in order to form cocoons. The best-known silk is obtained from the cocoons of the larvae of the mulberry silkworm Bombyx mori reared in captivity also known as sericulture.

This conversation was conducted by Mr. Prakash Chandra Jha, a Fashion Designer who won the German sustainable award winning Social Ecopreneur from Jharkhand, India. He is the Founder of Cocccon, market leader in certified organic silk and the co- founder of raw material traceability start-up FFBS-Fashion For Biodiversity GmbH. 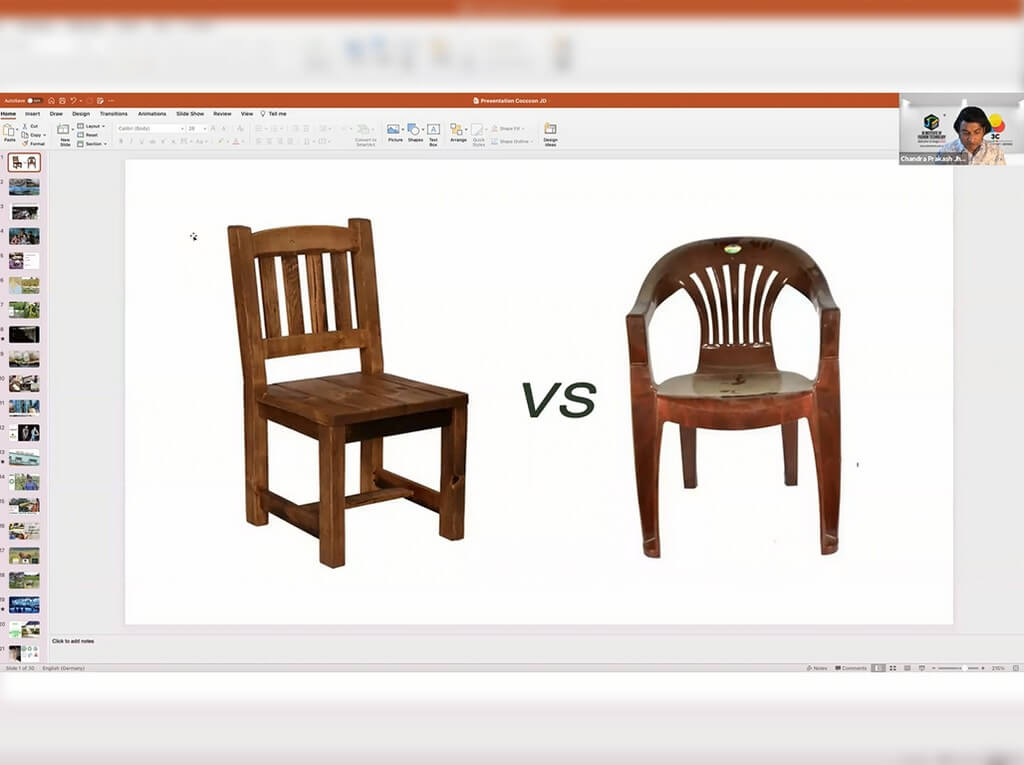 The transformation from wood to plastic was considered ‘sustainability’

He began the session by sharing a story with his first experience with plastic substitutes. Wherein, his father had brought in plastic chairs that were to replace the lovely wooden ones in their patio. Slowly from there, he saw the change from the smallest thing such as a steel lunch box being replaced with a plastic on. He was convinced that this change was for the best.But after 35 years of seeing the causes and effects of plastic on our planet, he realised that it wasn’t. The term sustainability has been misused by many for reasons pertaining to profits and economic benefits. 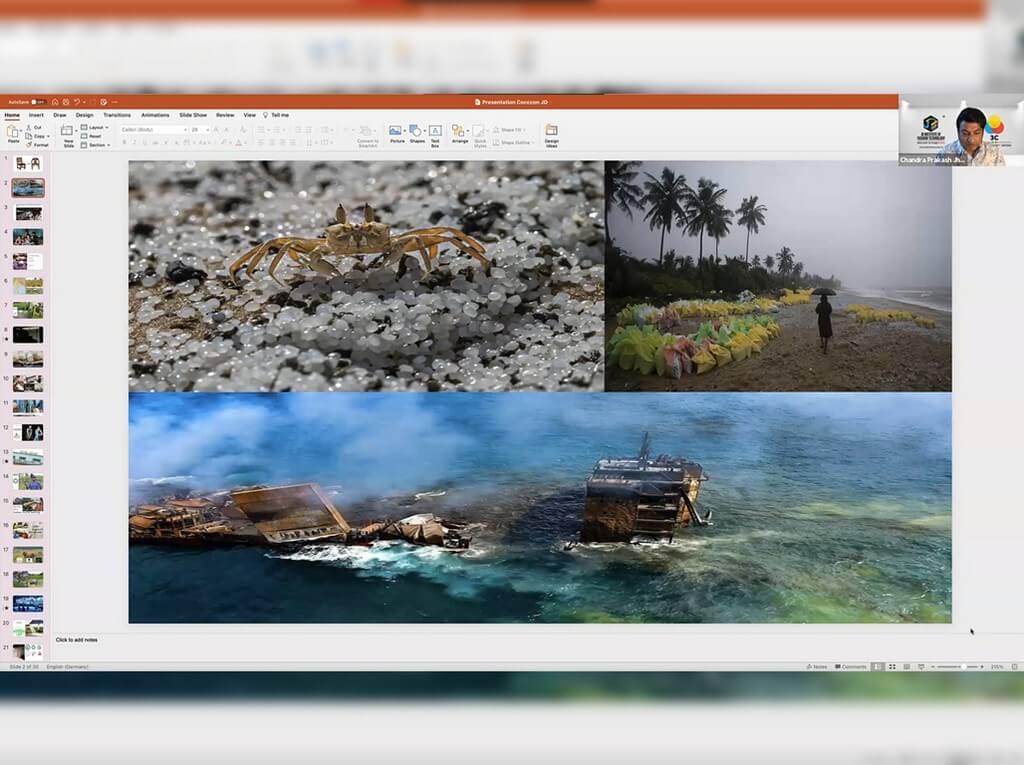 Mr Prakash started his journey towards achieving sustainable silk in 2011 through the ‘Creativity Can Care’ initiative. His motive towards creating cruelty-free silk was not just the worms, but also the labourers in the backend.

The first step he took to achieving this goal was by taking over a conventional silk farm. In 2012 he applied for a patent for Indian Organic, in order to apply for soil and horticulture which is required to cultivate mulberry, eri, tasar and or muga. It should be completely organic which means no pesticide, no fungicide, no herbicide, and no genetic spray.

The beginning of ‘Peace Silk’- My Cocccon Story

By spending his time on the farm, he grew closer to the life of every worm, and began to notice the cruel act towards them in order to just adorn oneself. He stated strongly, “A life is a life, whether it is for one day or hundred”. He had shared a video on how the new life of a worm flatters out of its cocoon on blooming. This struck an inspiration in Mr. Prakash and his co-founder lead them to creating sustainable silk fabric and saving these beautiful species. The cruelty-free silk.

How has the ‘Cocccon’ achieved in creating this sustainable silk?

As Mr. Prakash took on this journey to find a non-violent method of creating cruelty-free silk fabric.To achieve this, he had to find a way to use broken fibres of the cocoon.This is when he came up with a machine that used solar power and semi automated instead of using manual ones. Though these methods were time consuming, they were determined to only use silk from the cocoons that were broken. 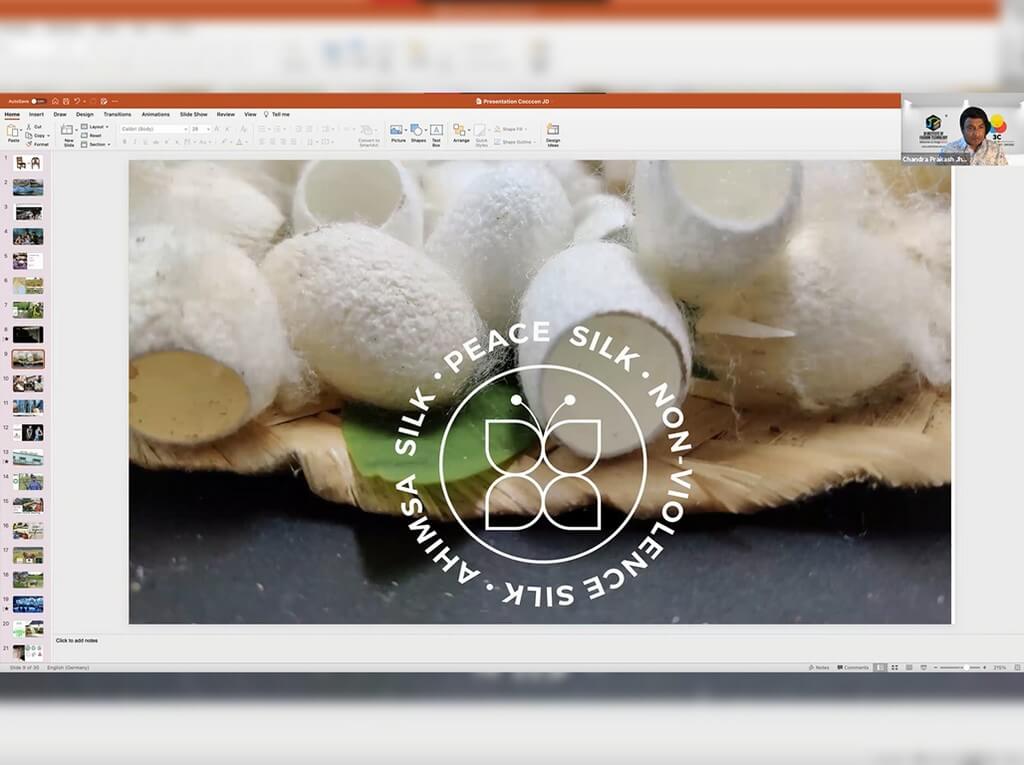 Peace silk is also a form of Ahimsa- non violence

In the conventional method of silk farming, harmful chemicals such as polychlophanile, which is used to create pure and highly qualitative silk. These chemicals are the most harmful to the labourers working with them. But the method that ‘Cocccon’ uses, is not just to create cruelty-free silk but is also chemicals free, which keeps the labourers safe. The ‘Peace Silk’, by avoiding these chemicals, is also protecting the environment. 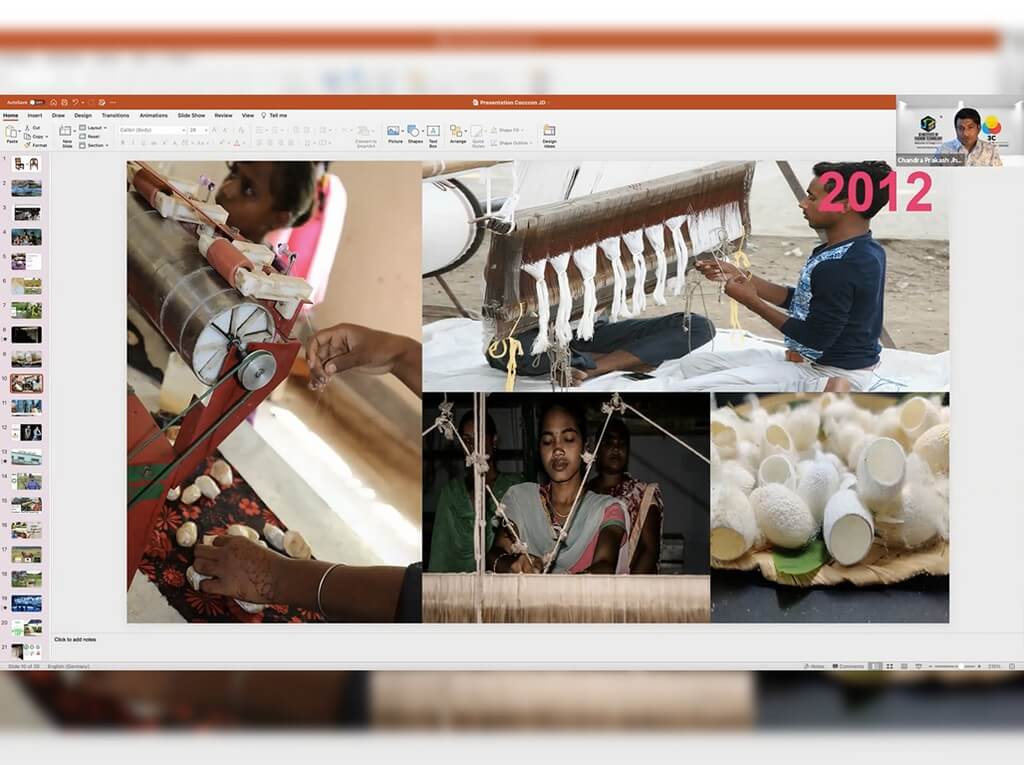 New machineries that provide safety to labourers in the silk industry

Cocccon was the first chemical-free company to have ETP done with Bioenzymes and is also a zero-waste company that was recognized in 2012. 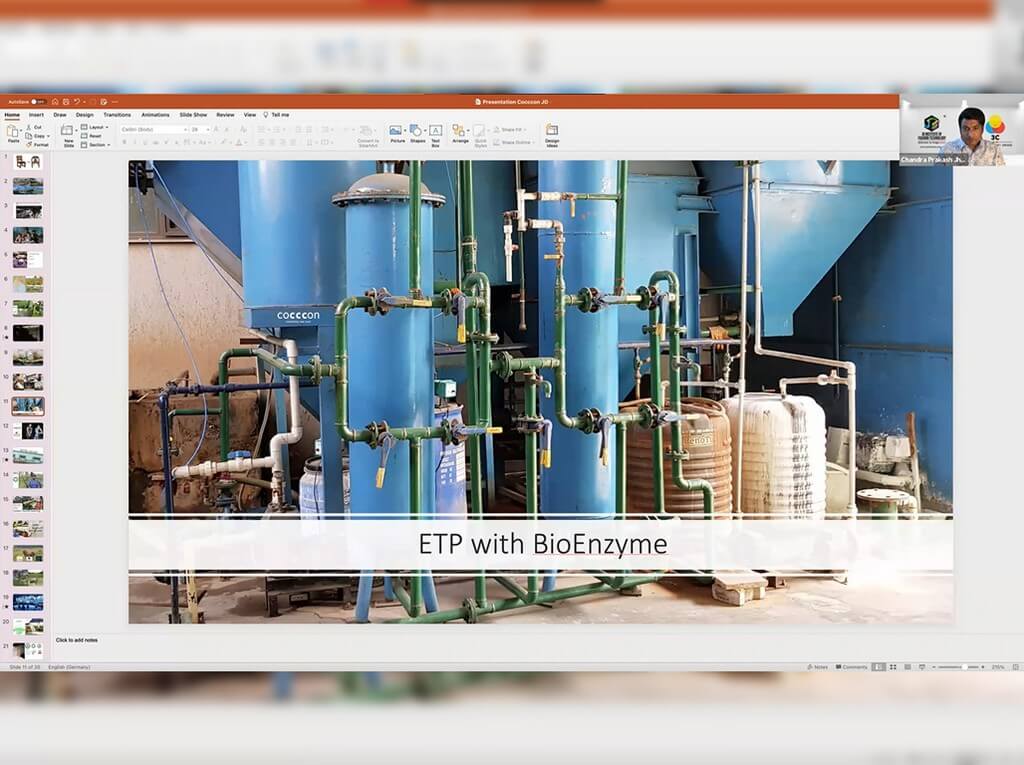 ETP with BioEnzyme is the first in India

Cruelty-free silk is what paves the way to a sustainable fashion, that creates a lifestyle that protects the environment. Sustainable living is an important aspect that helps us create a sustainable environment. It will also show us various ways to reuse and recycle resources not only in industrial lives but also in terms of day to day lives. The 3C’s Outreach program grows faster and helps one understand the process and initiative by design and creative industries as we move forward. To know more about ‘My Cocccon Story’ and the journey that Mr. Prakash has embarked on, watch the video on our youtube channel. 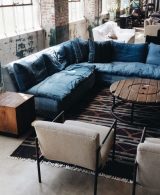 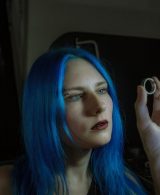