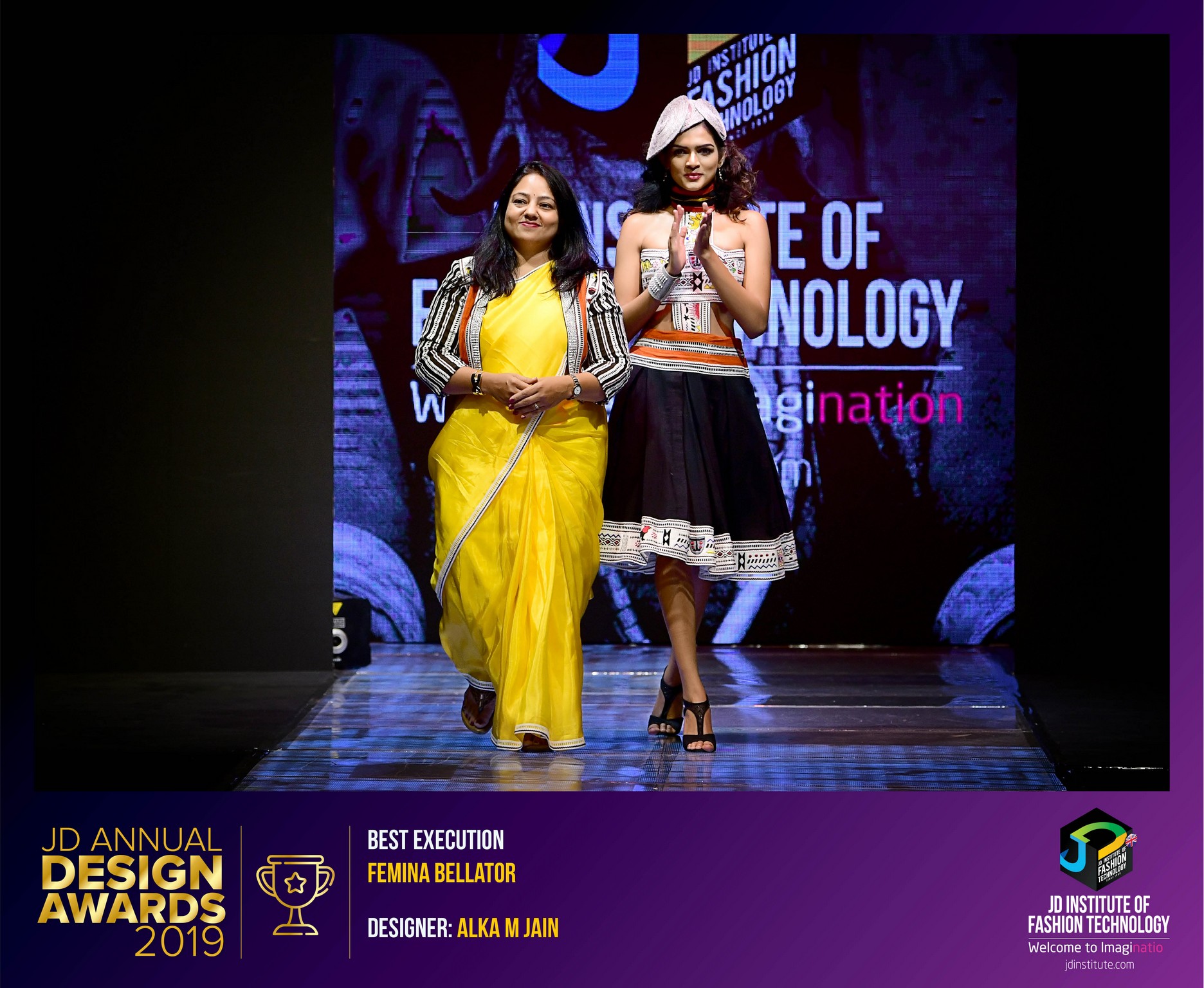 “I want people to afraid of the women I dress.”

Designer Alka Jain’s collection “Femina Bellator” means, a female warrior in Latin. The range was created for working women who belong to the age group of 25 – 35, as the designer believes that every woman is a warrior. The collection has been inspired by the hand painted chinkotep band which is white in colour found on the Tsungkotepsu shawl of the AO community of Nagaland.

In ancient Naga culture the Tsungkotepsu shawl was donned by the warriors when they went to battle their enemies. Initially the shawl was worn only by men, however over a course of time women have also started wearing the shawl. The shawl was also a social marker of the wearer. The shawl is black and red with a white band which contains different motifs which is symbolic of the tribe. Motifs like the sun, moon and the stars represents the subsequent fame of the warriors who don the shawl. Animals symbolize the physical power of the warrior. A hornbill, a culturally significant bird is also depicted, as is mithun, which represents the wealth of the warrior. Only wealthy members of the tribe could afford to rear mithun. Apart from these, common motifs like spear, dao and cock are also depicted on the white band. The symbols in the white band are sometimes replaced with depictions of mithun, which also represent the wealth and success of the warrior, and at times elephant and tiger pattern prints are also drawn on the shawl to symbolise the strength of the warrior.

Garments of the collection have been created with soft cotton, factory discarded twill tapes and weaved twill tapes alongwith dyed ladder laces. Geometric prints were incorporated in the garments which were highlighted by the use of block prints. Colourful motifs were machine embroidered on the garments. 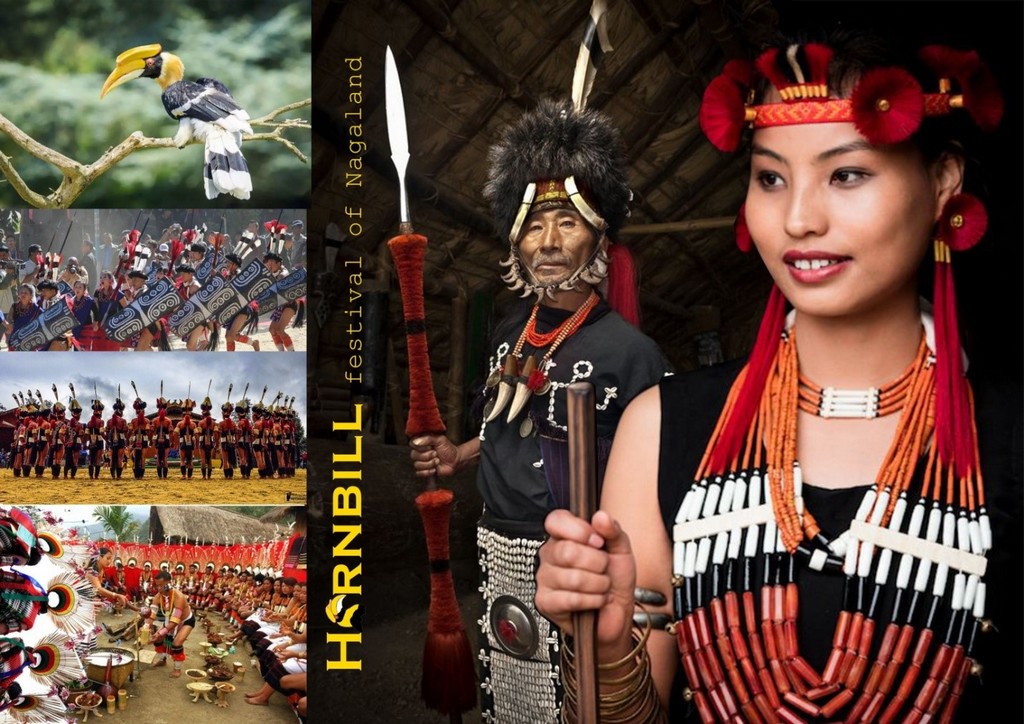 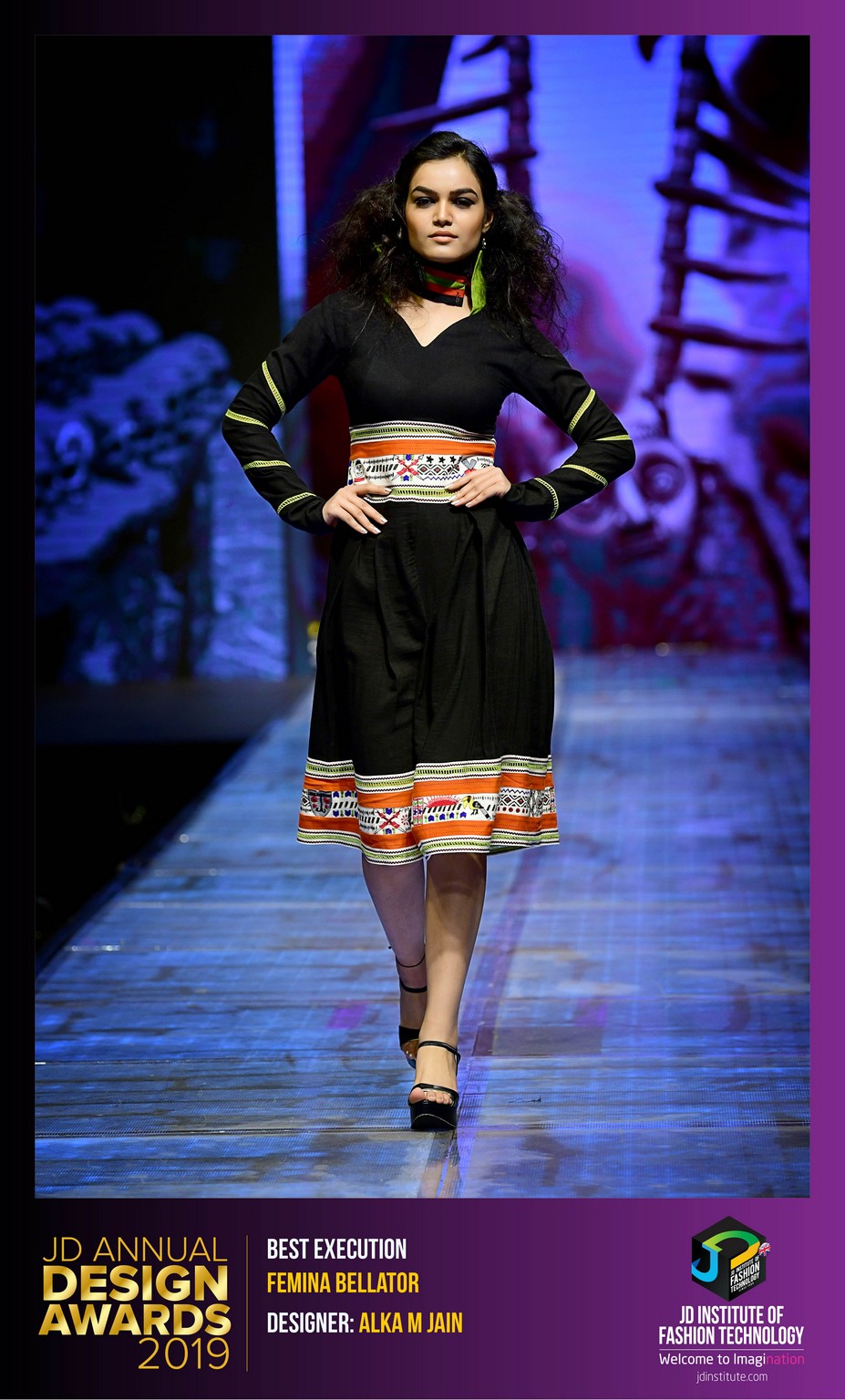 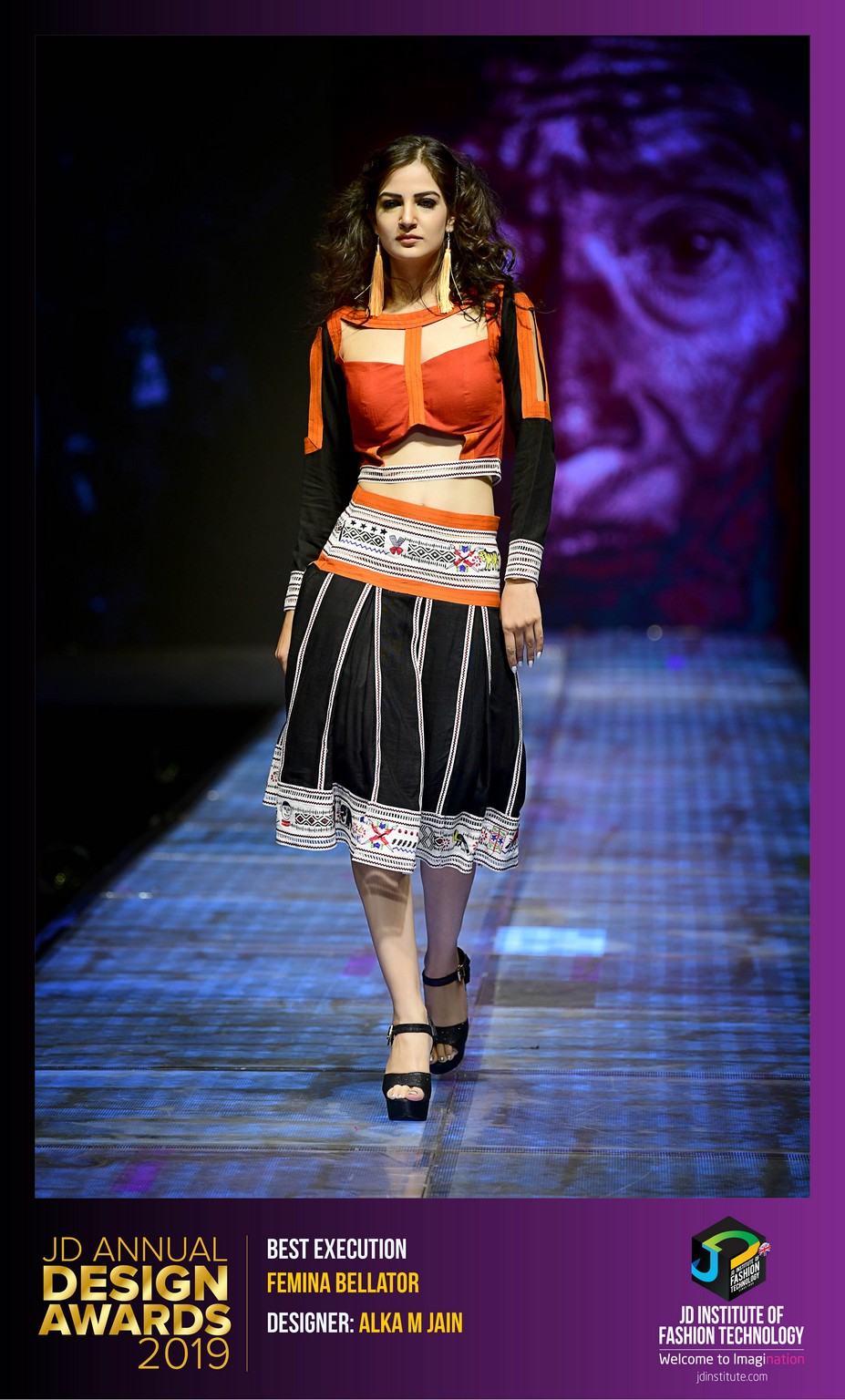 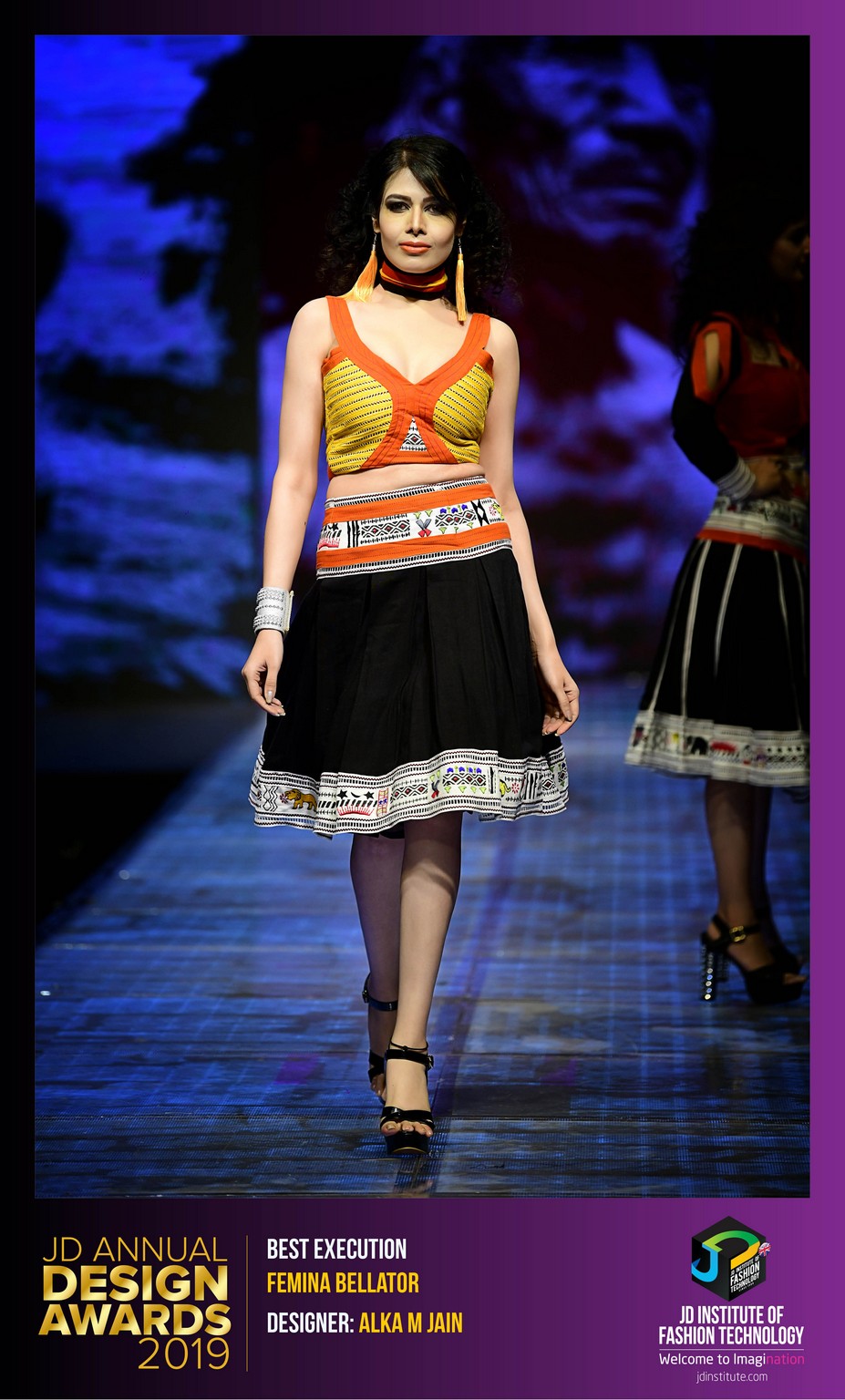 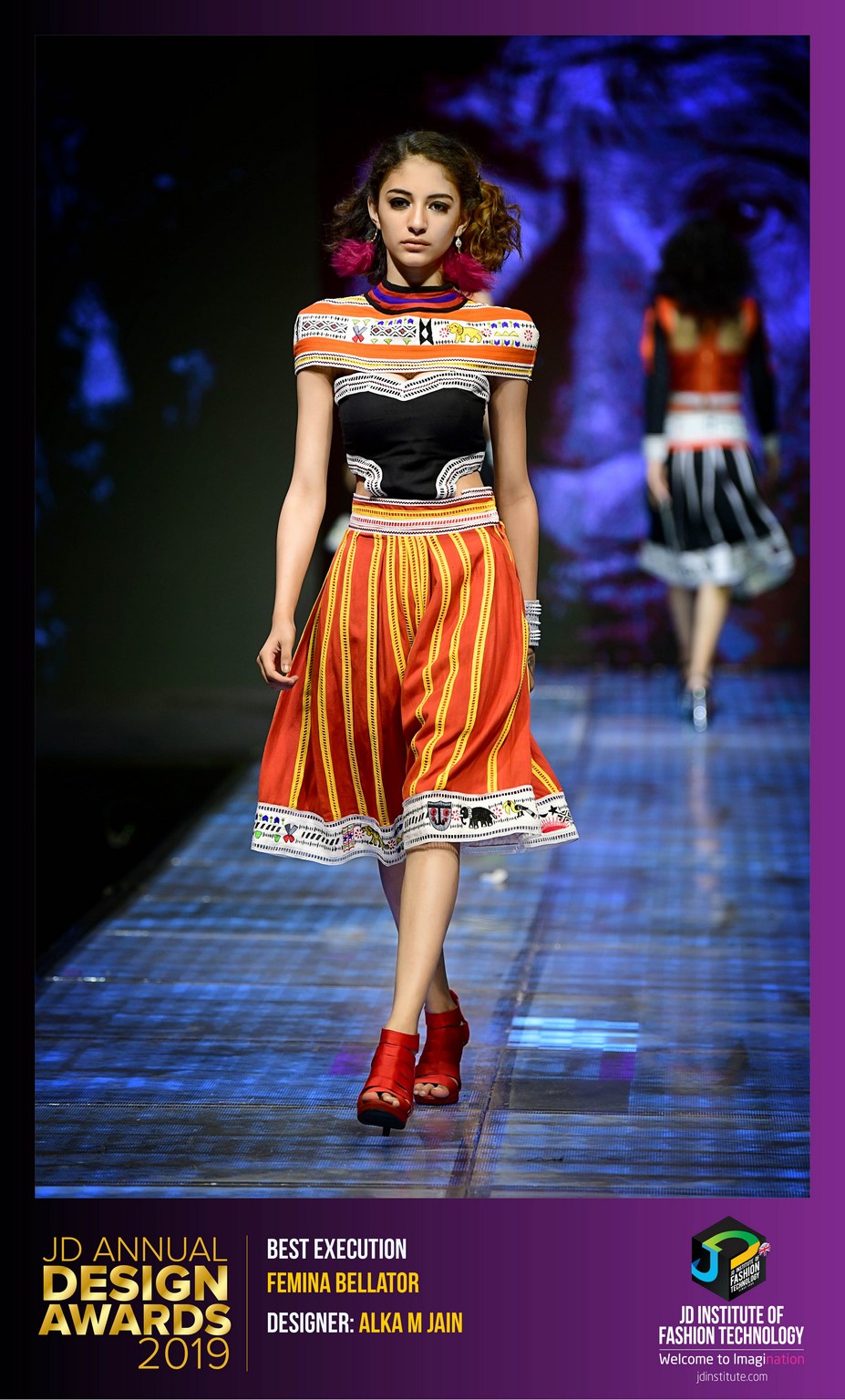 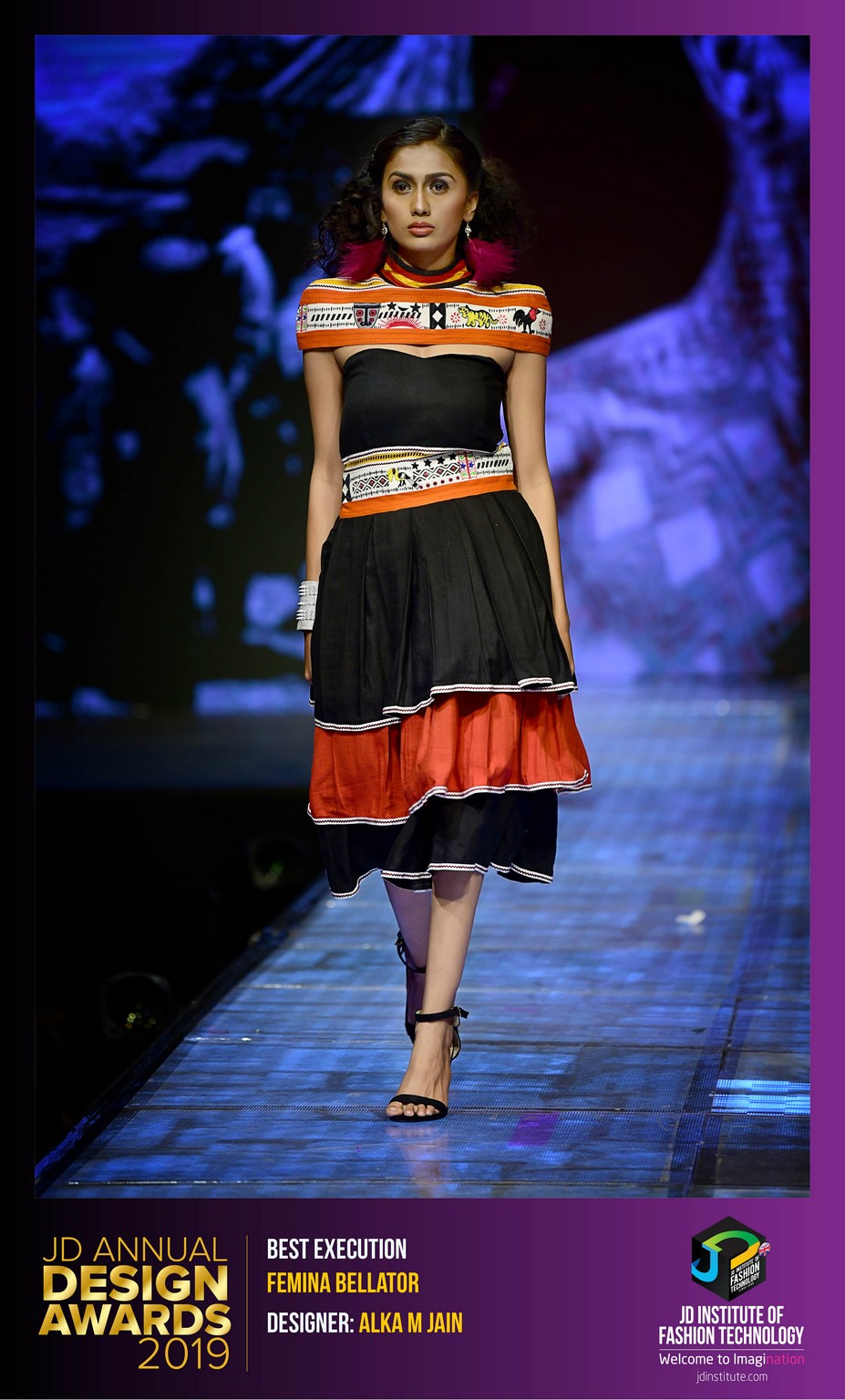 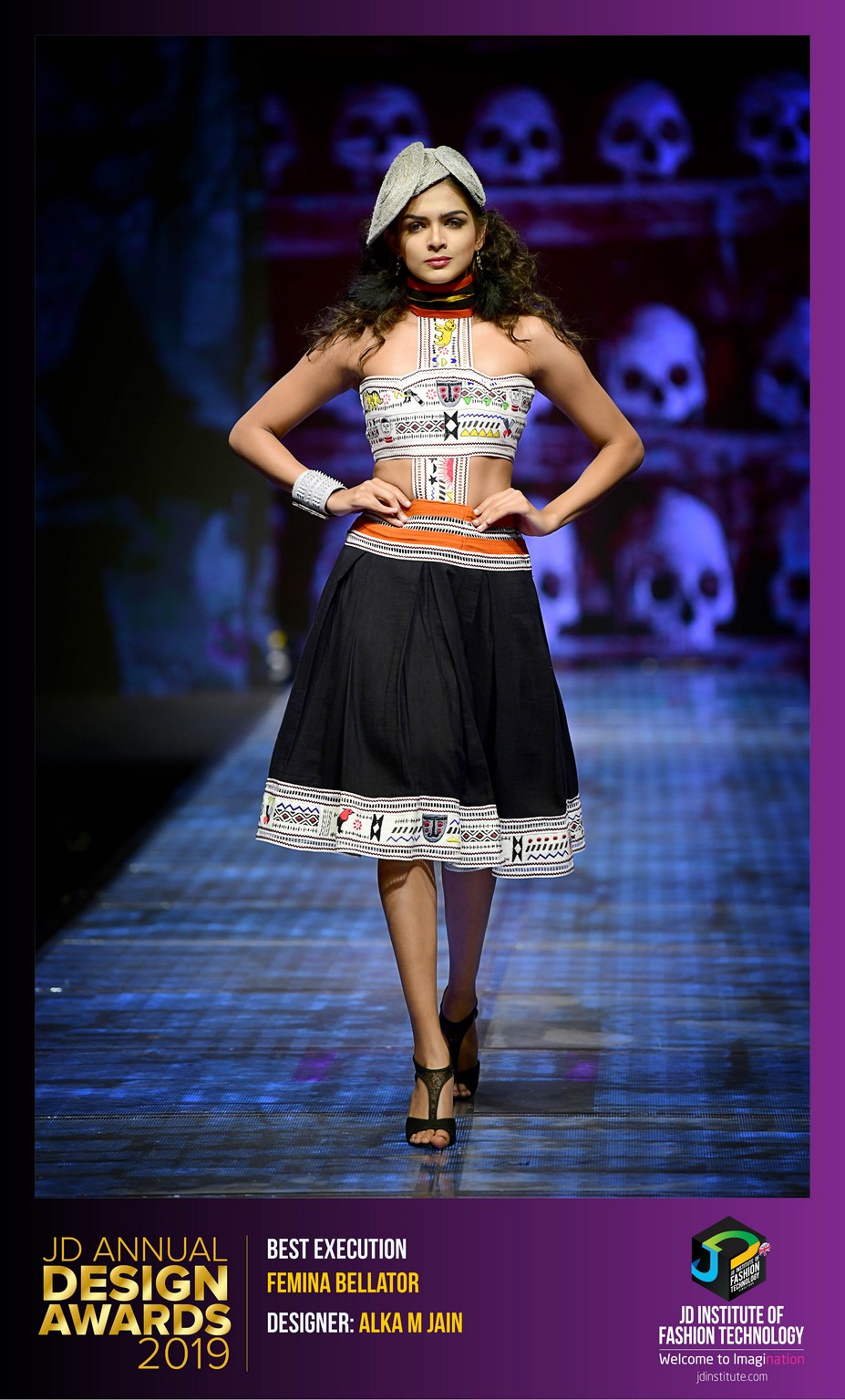 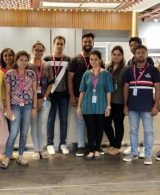 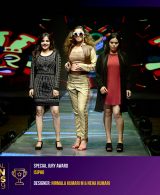