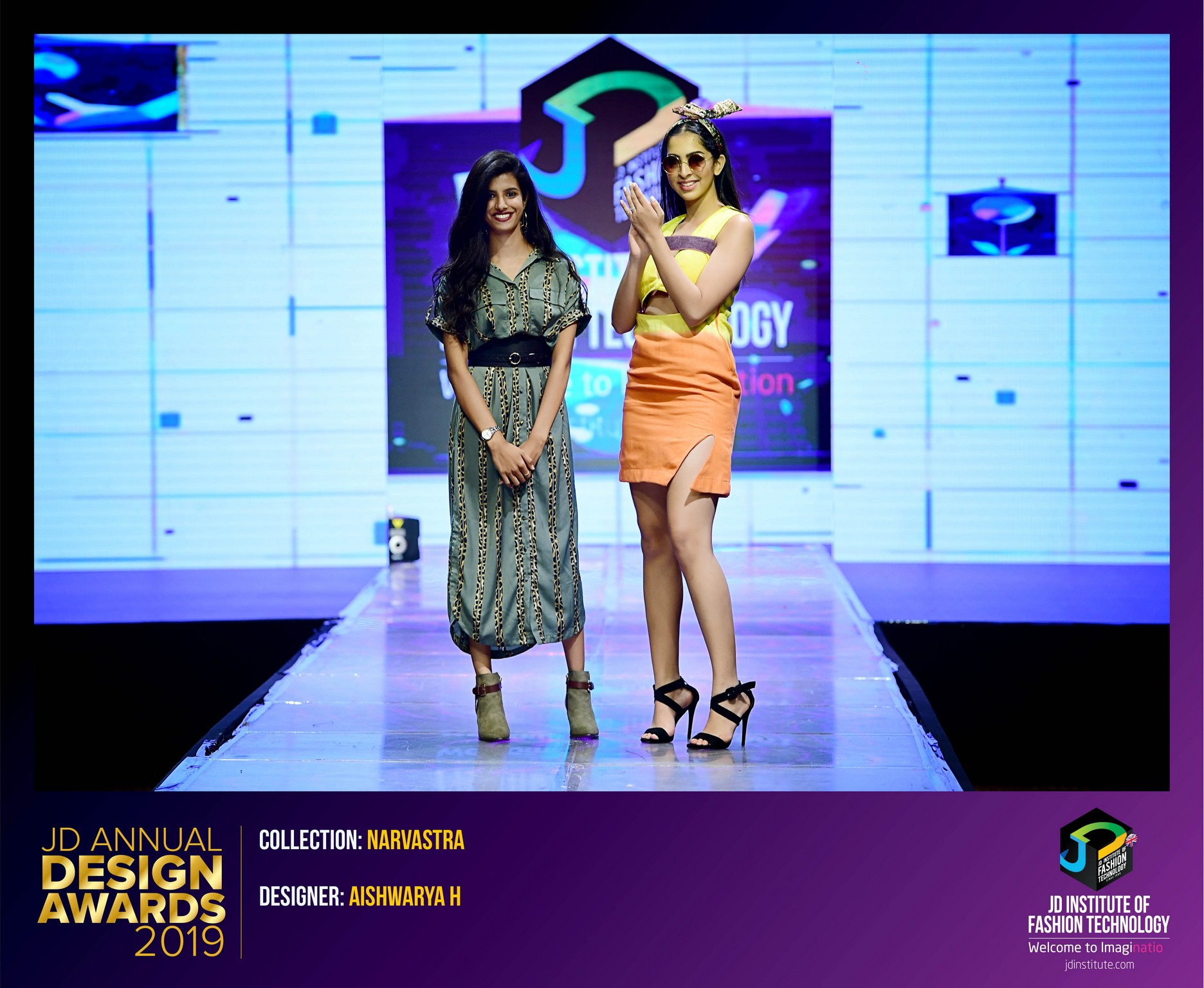 “As consumers we have such power to change the world by just being careful in what we buy.”

Designer Aishwarya Hemachandra’s collection “Naravastra” was created using banana cotton. Due to the less consumption of water by the banana plant, the sturdiness of its fibres and bio-degradable property, could soon pave way as a replacement of cotton.

As per research, it is revealed, that it takes 1800 gallons of water to produce just one pair of jeans. 25 billion gallons of water is used yearly for global textile production and 1.3 trillion gallons of water is used for fabric dyeing yearly. Whereas, a billion tonnes of banana plant stems are wasted every year. According to the Philippine Textile Research Institute, banana plantations in Philippines alone can generate more than 3,00,000 tonnes of fibre. Growing banana plants could be the solution to the wastage of water resources and can cut down on water pollution caused due to dyeing of denim fabrics.

The designer sourced the banana fabric from Tenali, a village in Andra Pradesh which houses a shelter for rape victims and acid attack women who extract the fibres and make products out of it. Banana plants require less water for its growth and could be a sustainable alternative for an eco-friendly choice.

The designer used Ombre dyeing technique to derive the colours of the garments from the banana flower. The shades of pink, yellow, red, orange and purple make it a lively colour palette. 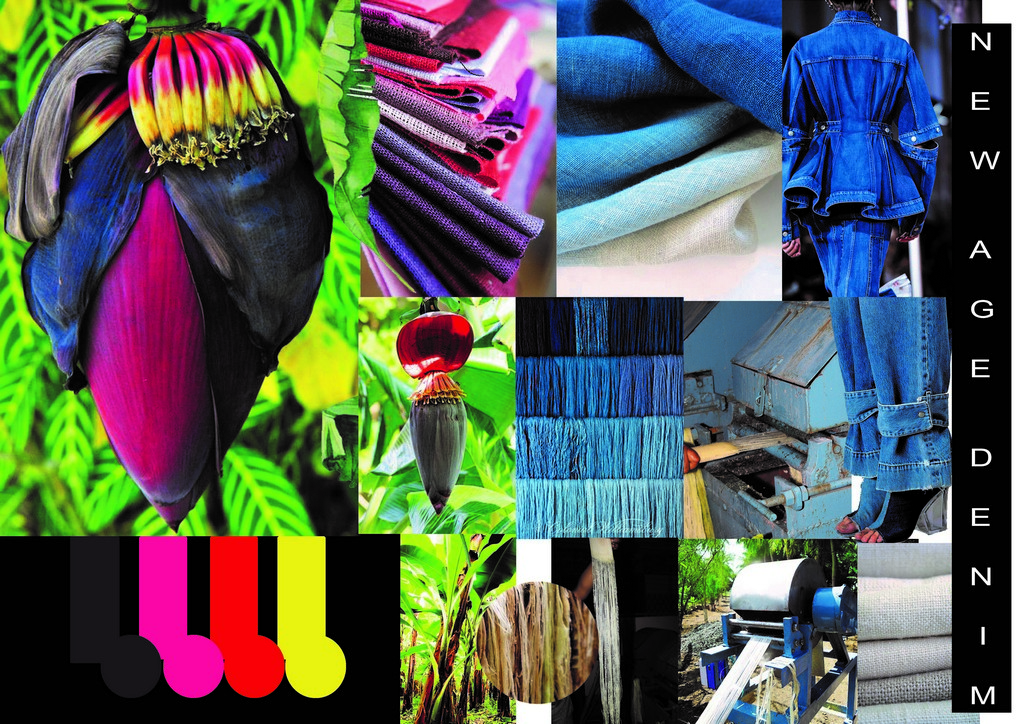 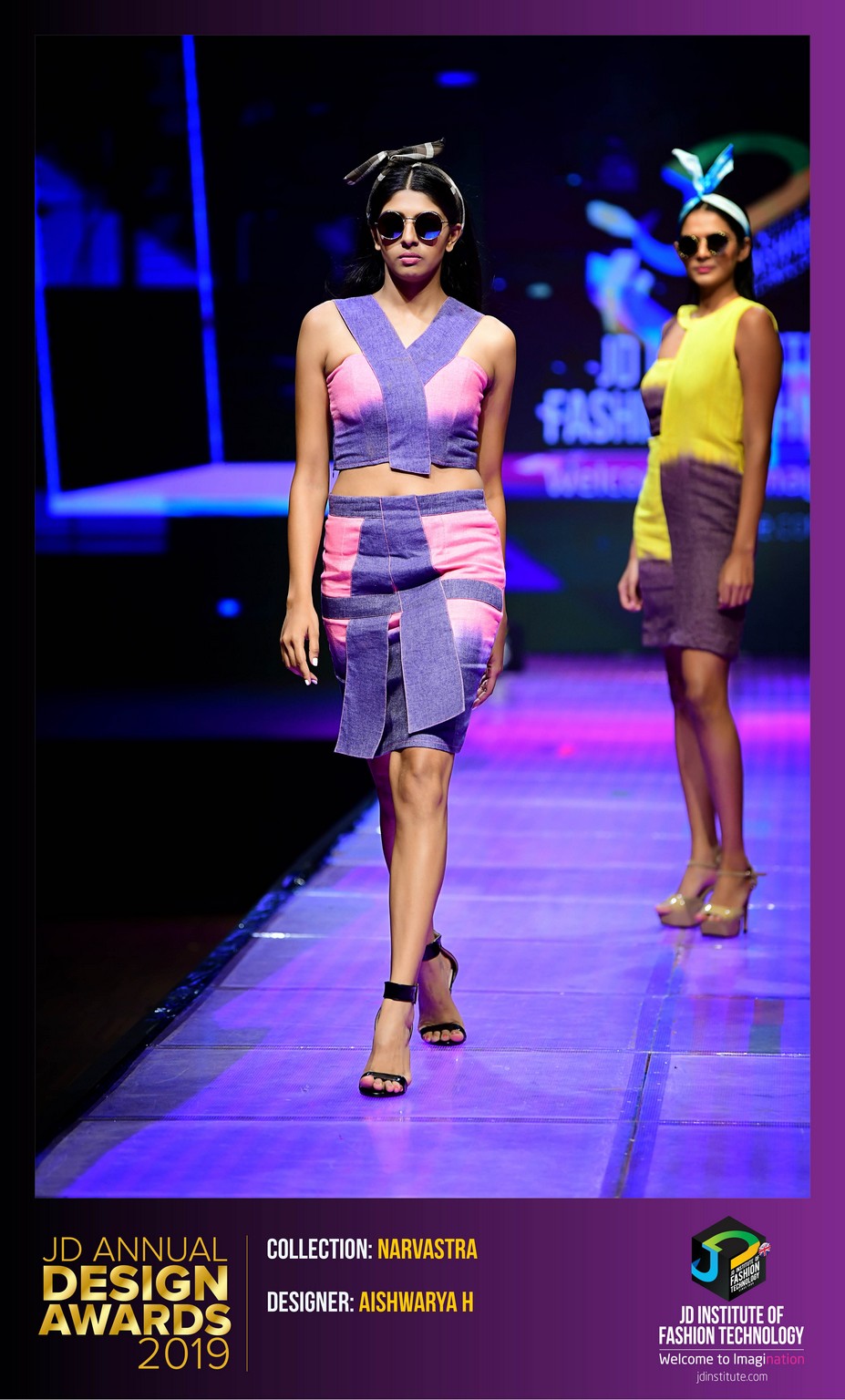 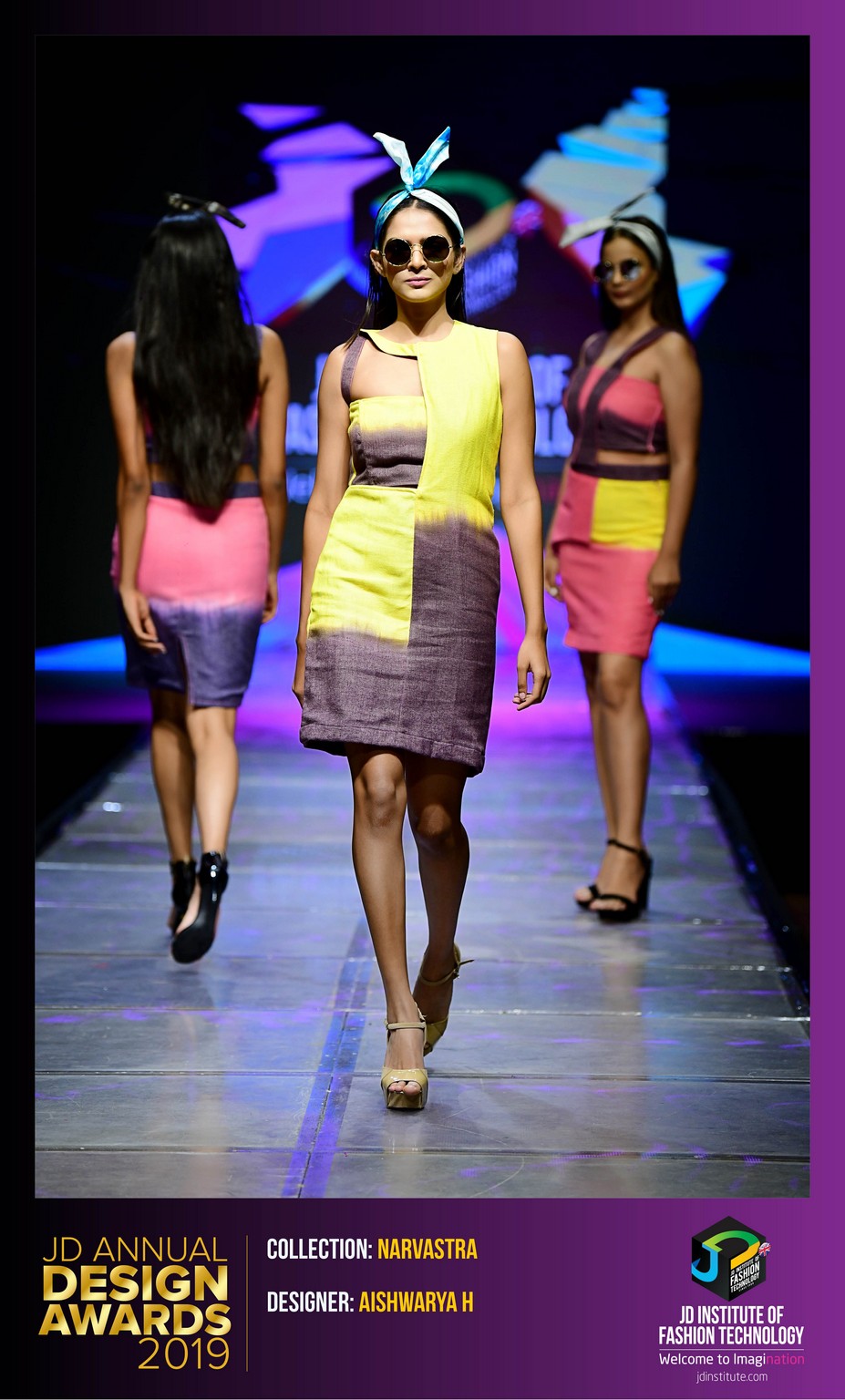 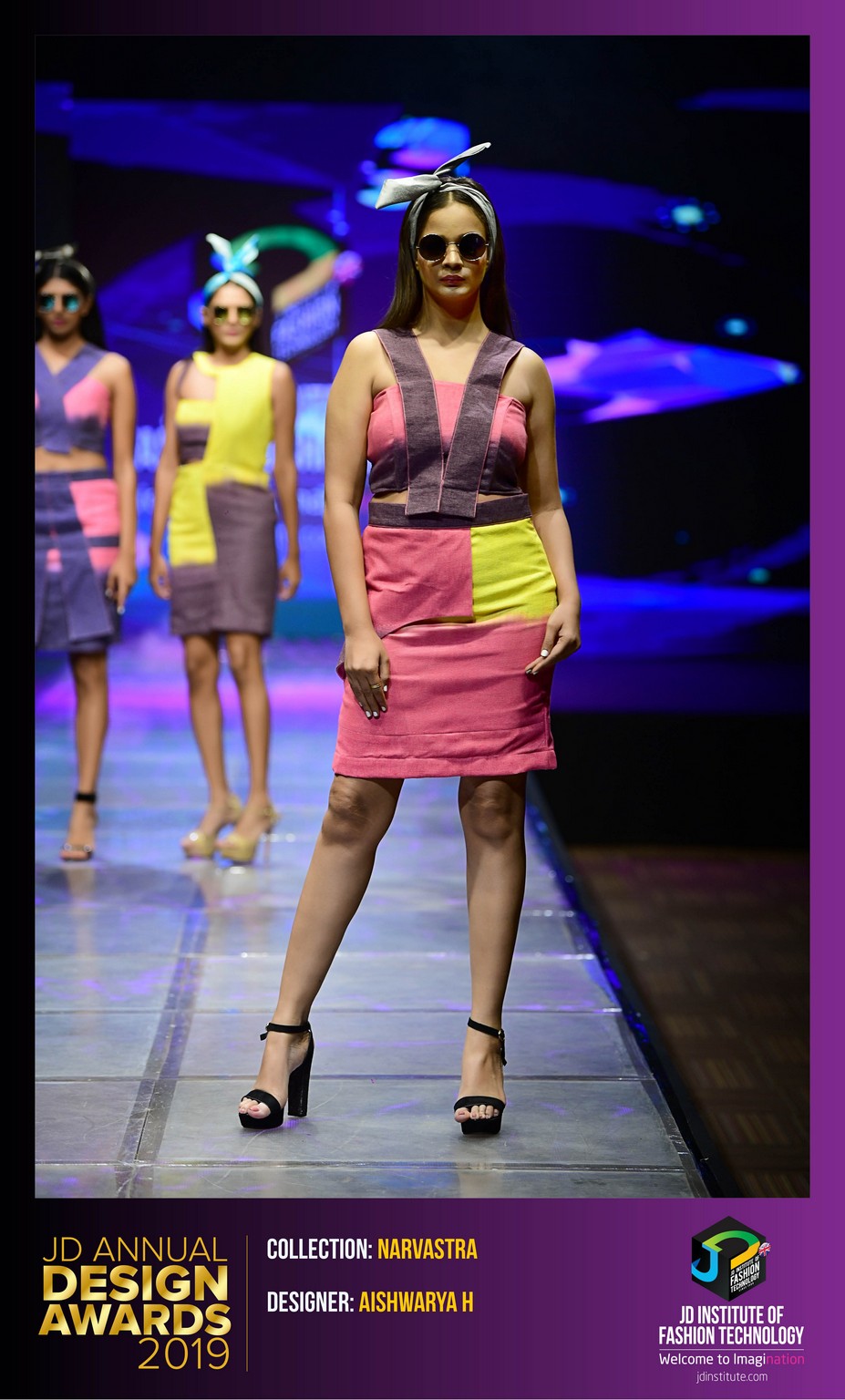 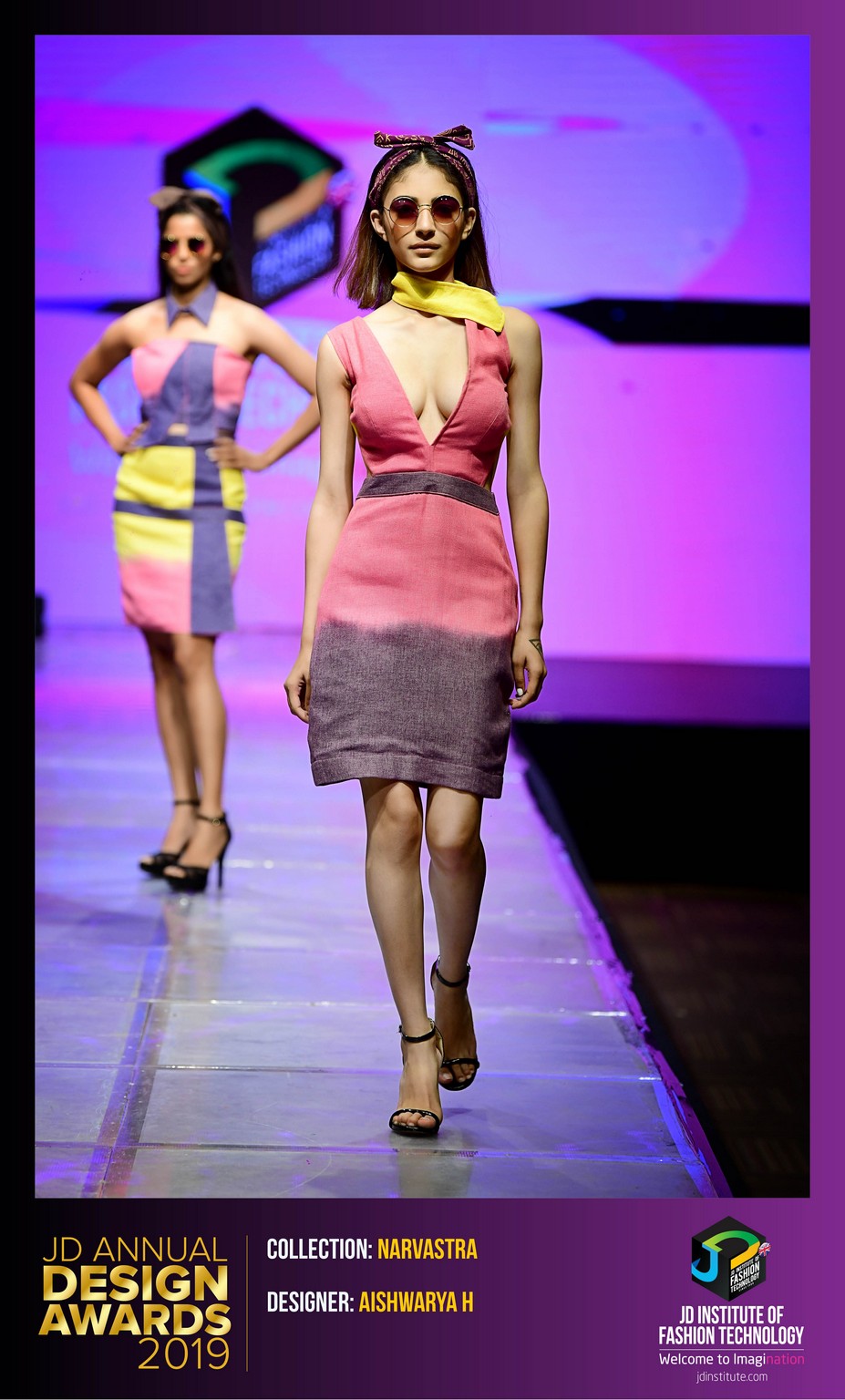 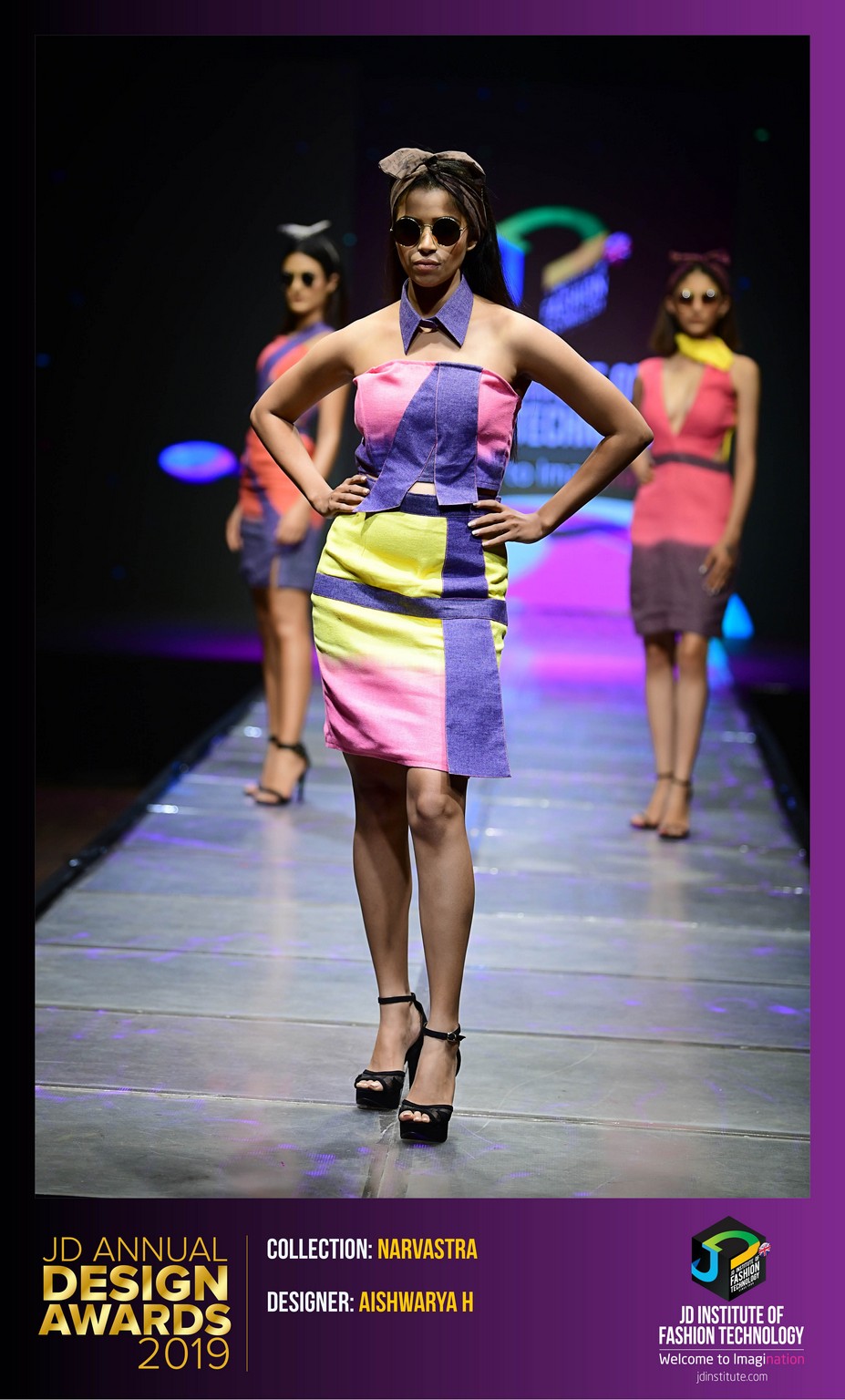 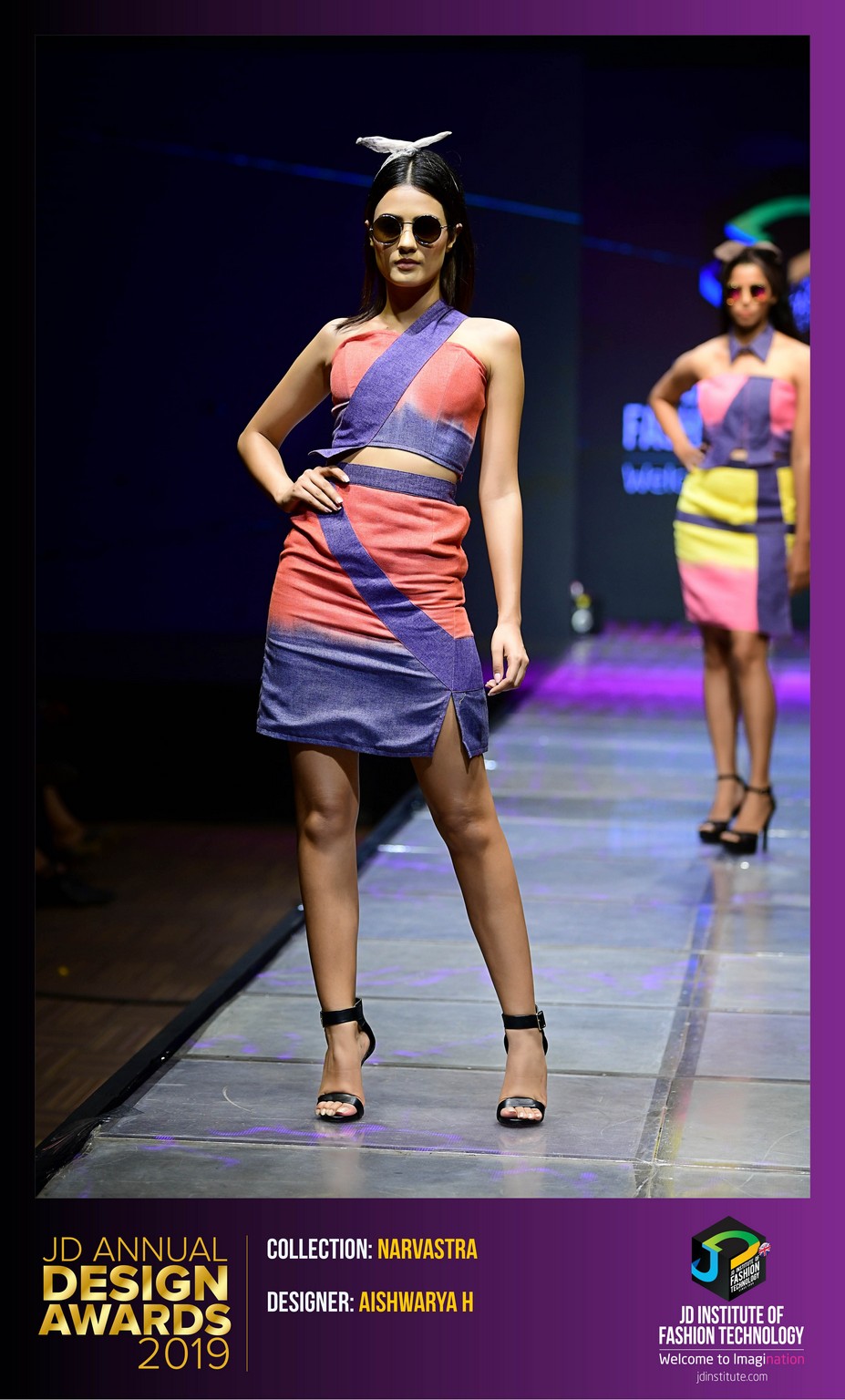 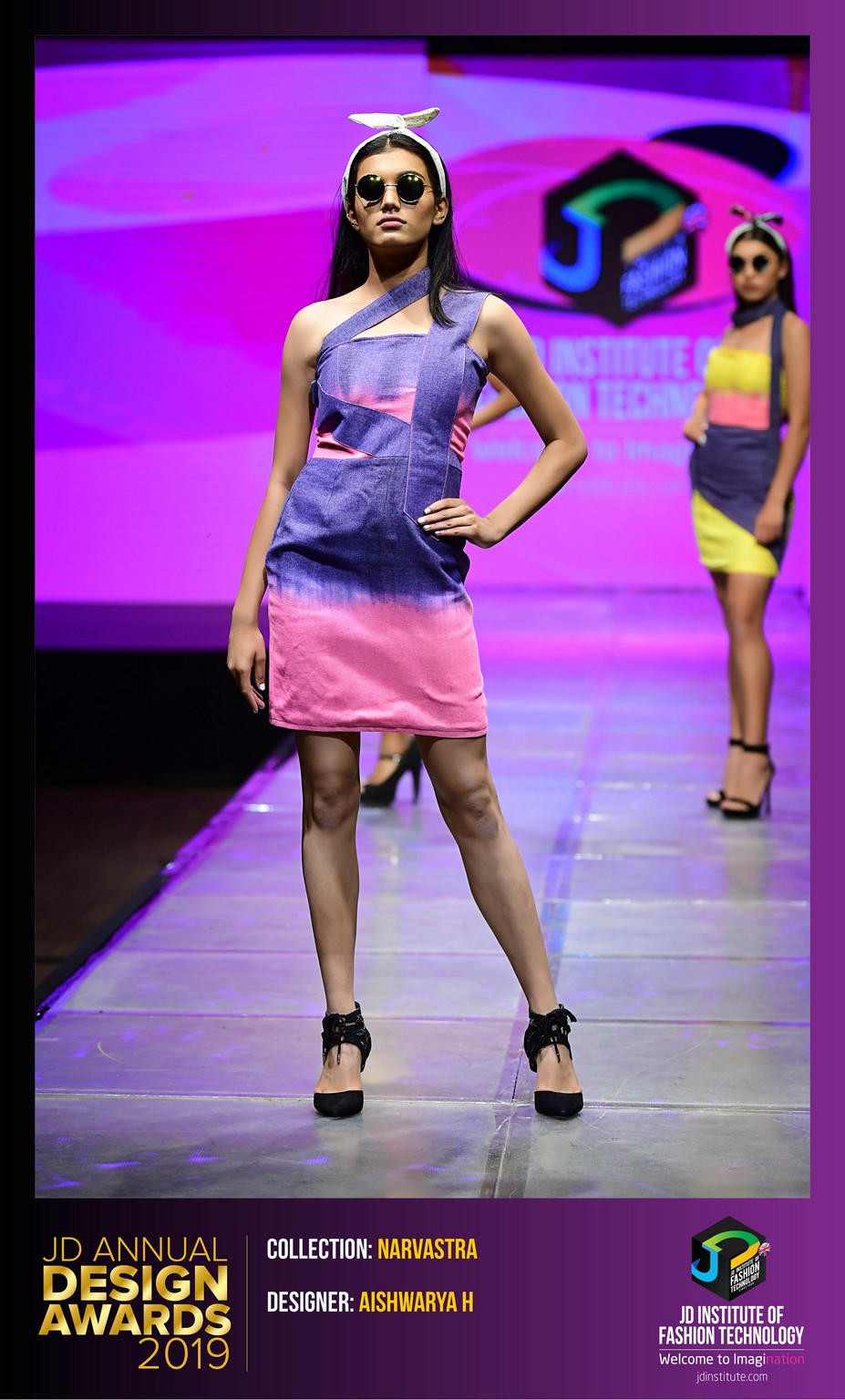 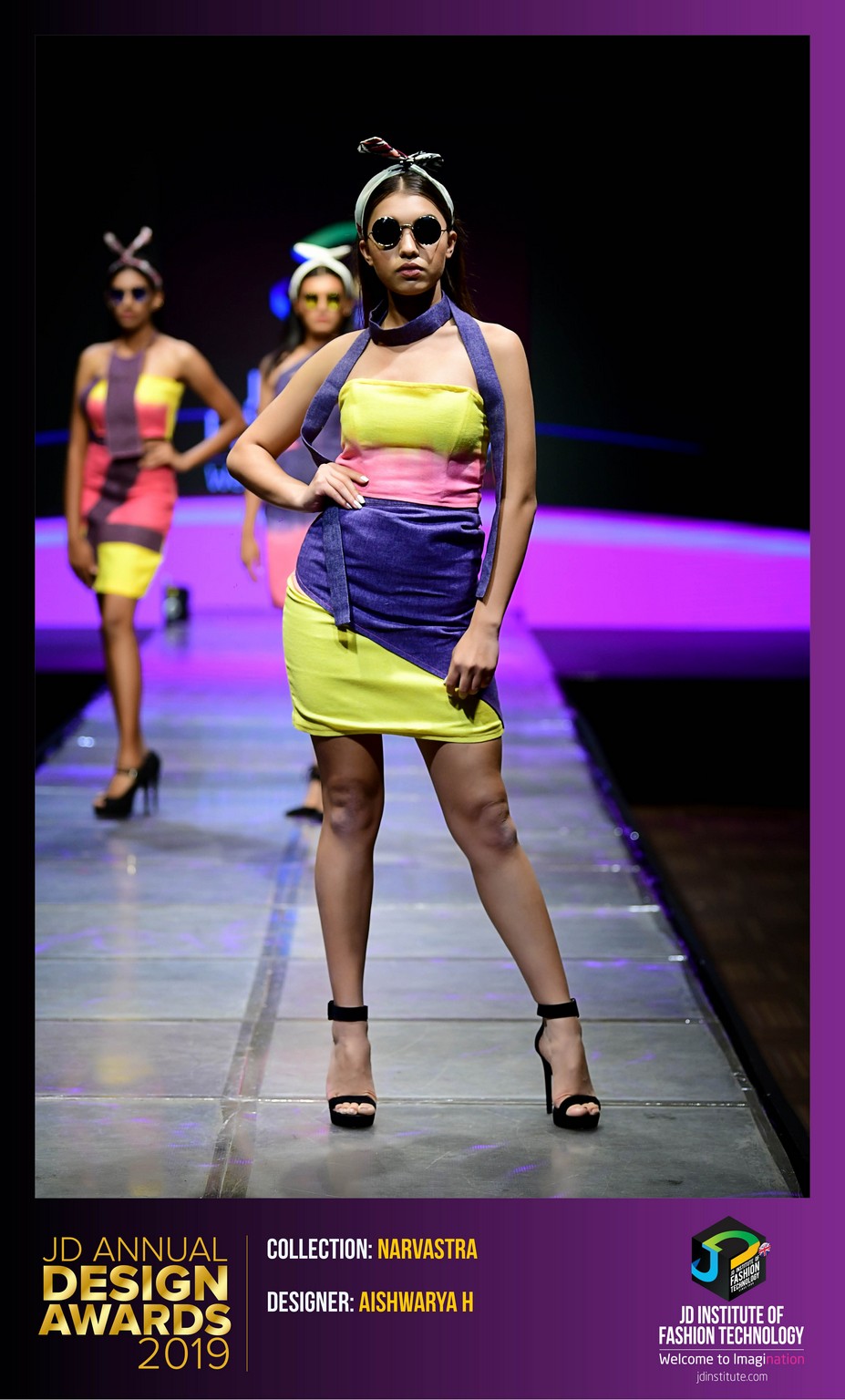 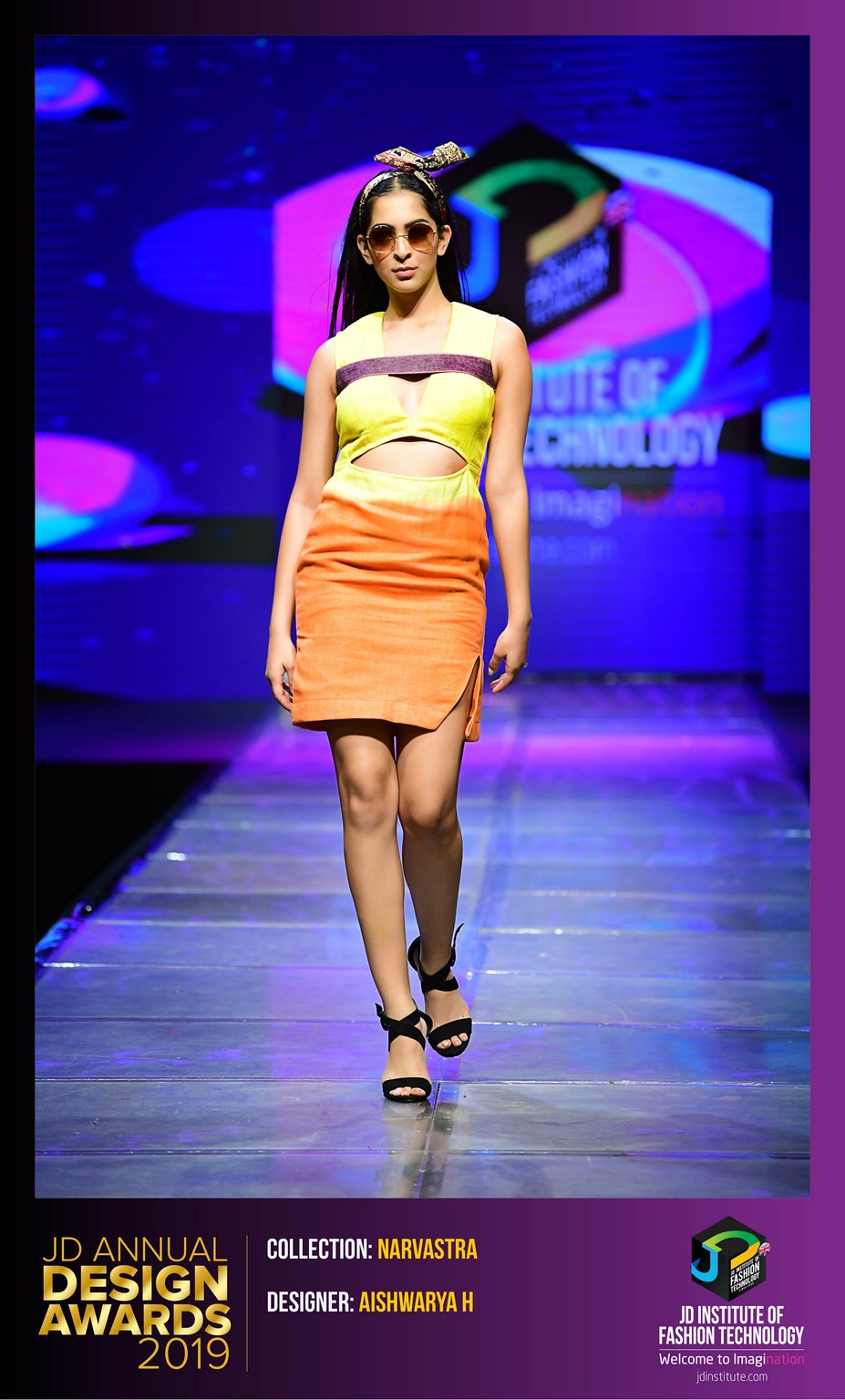 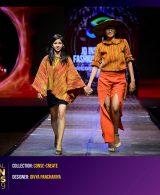 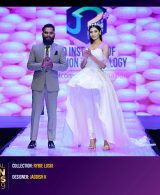