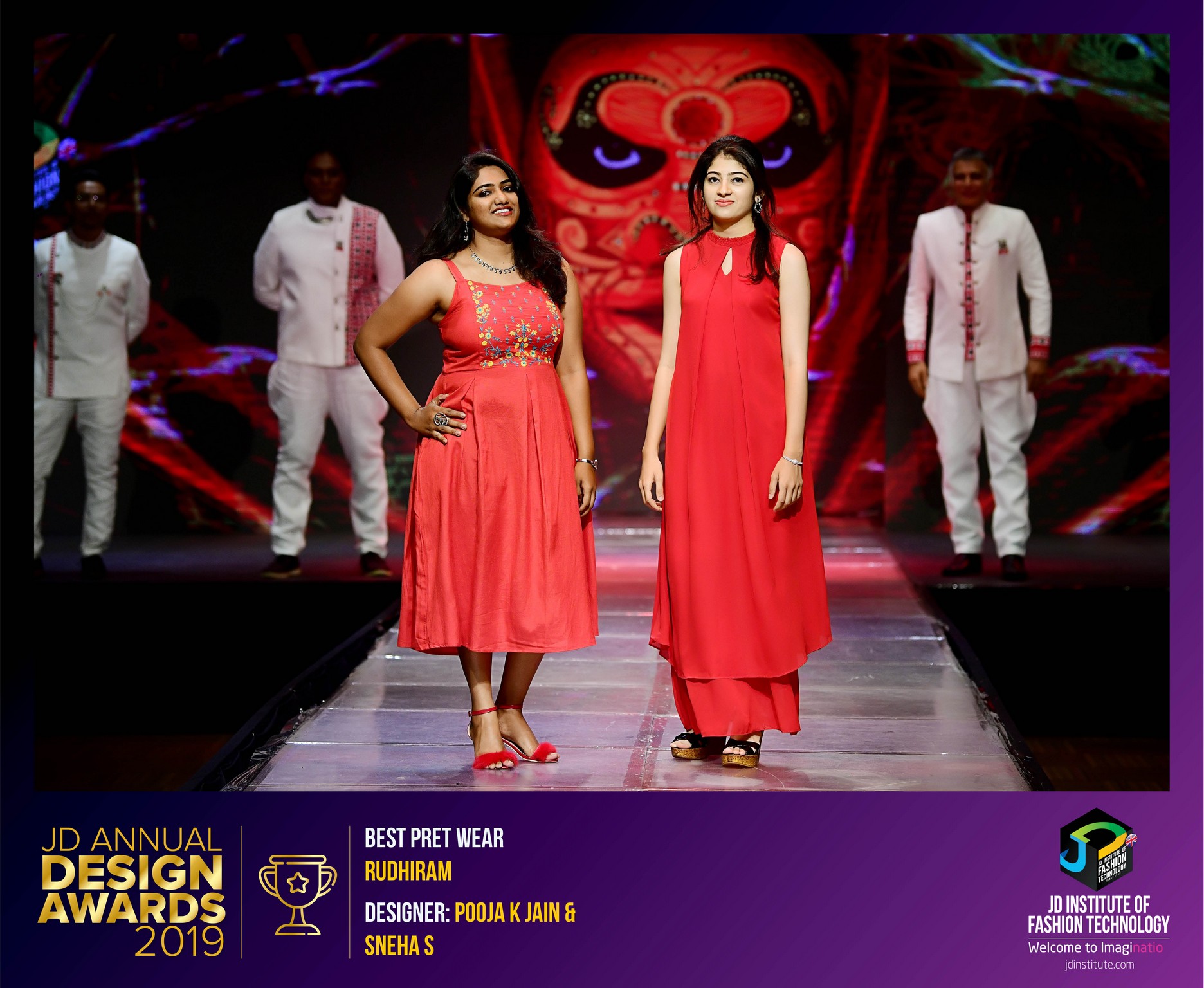 “Forget the rules. If you like it, wear it”

Designers Sneha S and Pooja K Jain’s collection “Rudhiram” means blood or redness which is inspired by the fierceness and boldness of the inspiration they derived from the ritualistic dance form of Kerala called Theyyam. It is an indo-western menswear line designed for men who belong to the 50+ age group.

Theyyam is performed between October and April in temples of North Kerala. There are about 400 forms of Theyyam which encompass unique choreography, make-up, costumes and music. The elaborate and detailed costumes, make-up and headgears of varying sizes worn by the artists represent mythological deities, demons, local brave hearts and the souls of ancestors. The area around the eyes is black and colours like red, orange, yellow and white are used on the rest of the face and body to depict the aggressive nature of the deities.

The collection has been inspired by the ornaments and geometric prints found in the costume of the performers who practice the dance. The prints inspired from the dance costume are machine embroidered on linen fabric in white and black colours. The colours of the garments represent the costumes worn during the dance form and are predominantly red and off-white. Apart from the prints and colours, pleats too have been incorporated in the garments which are again derived from the pleats found on the costumes of the performers. 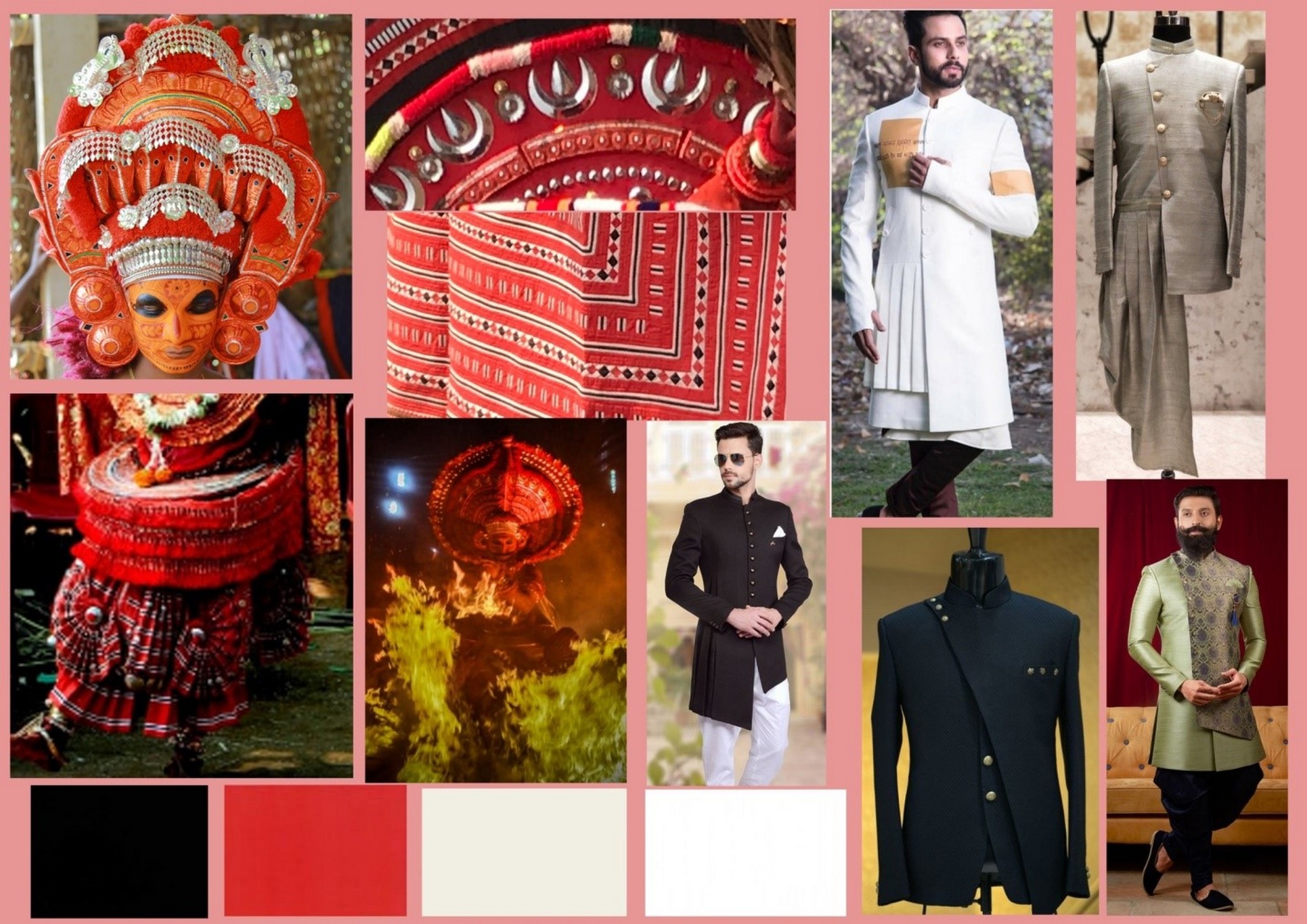 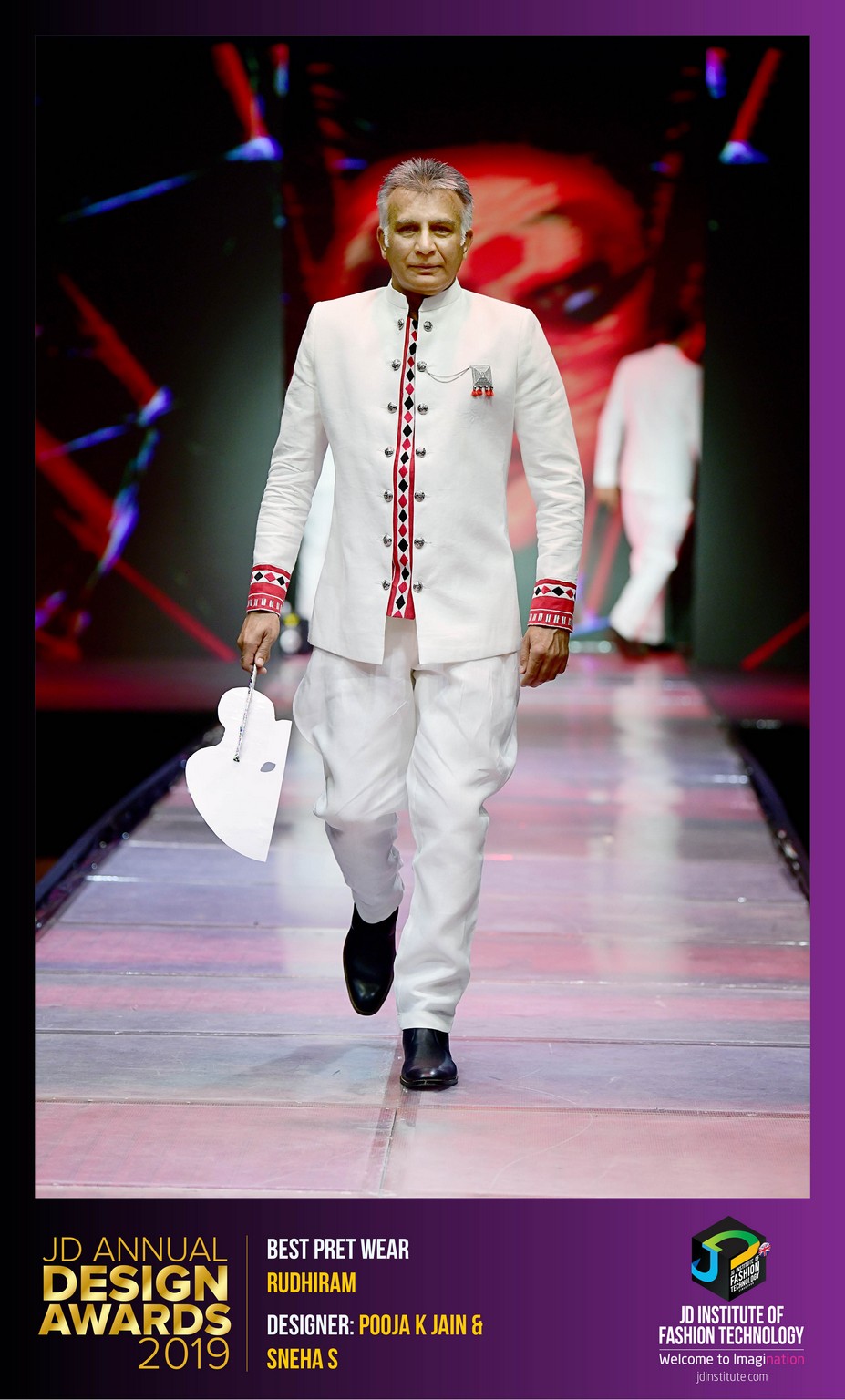 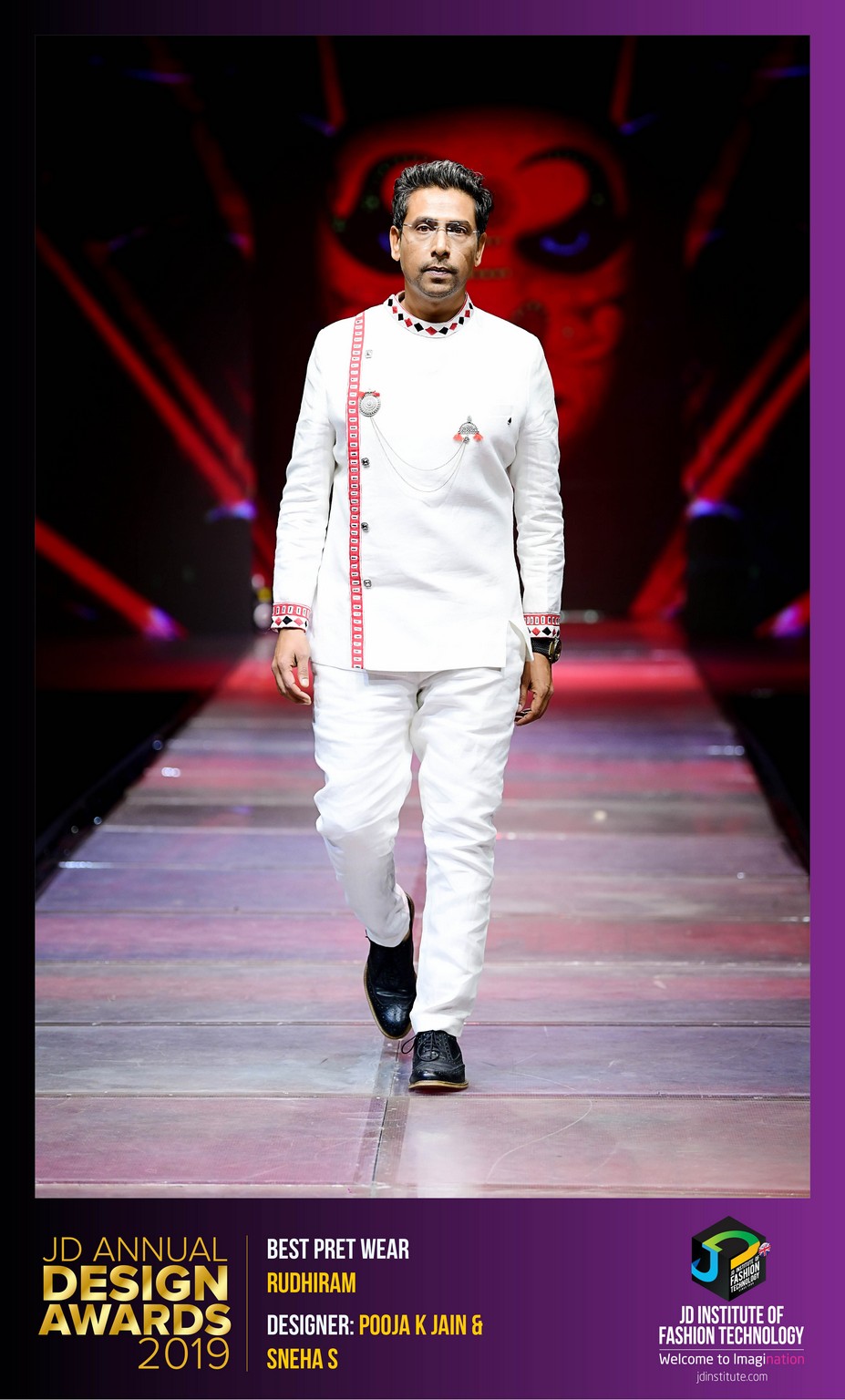 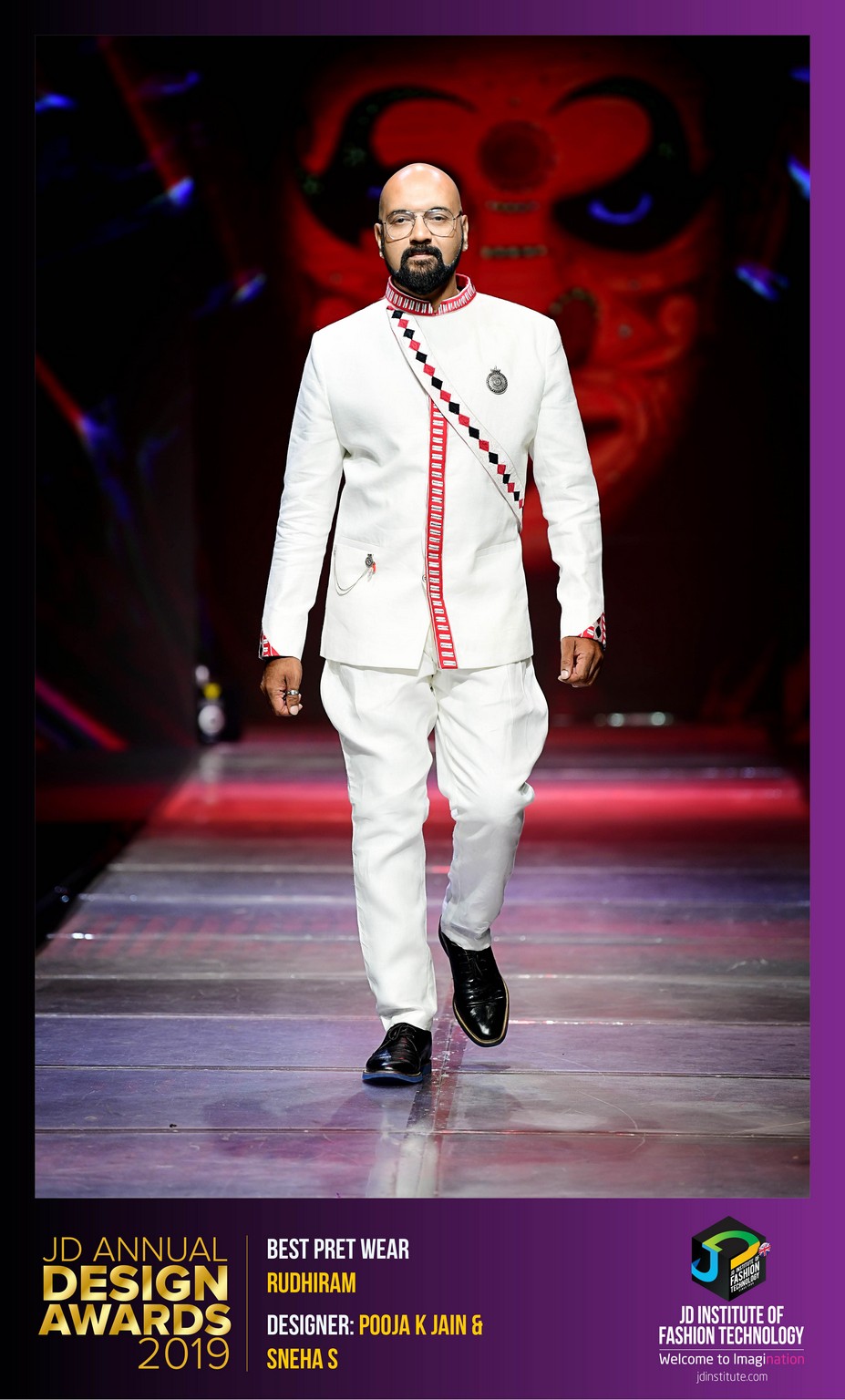 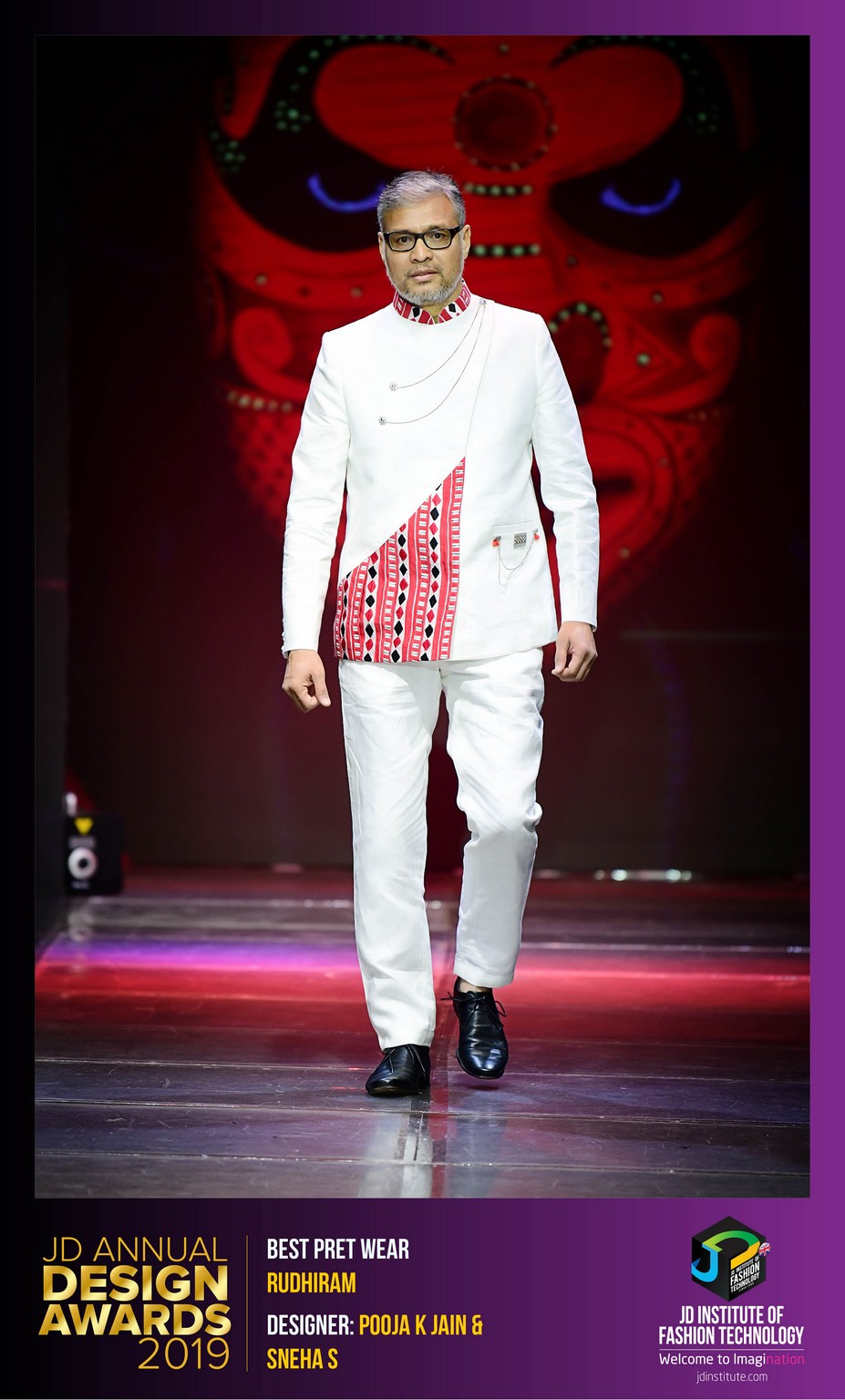 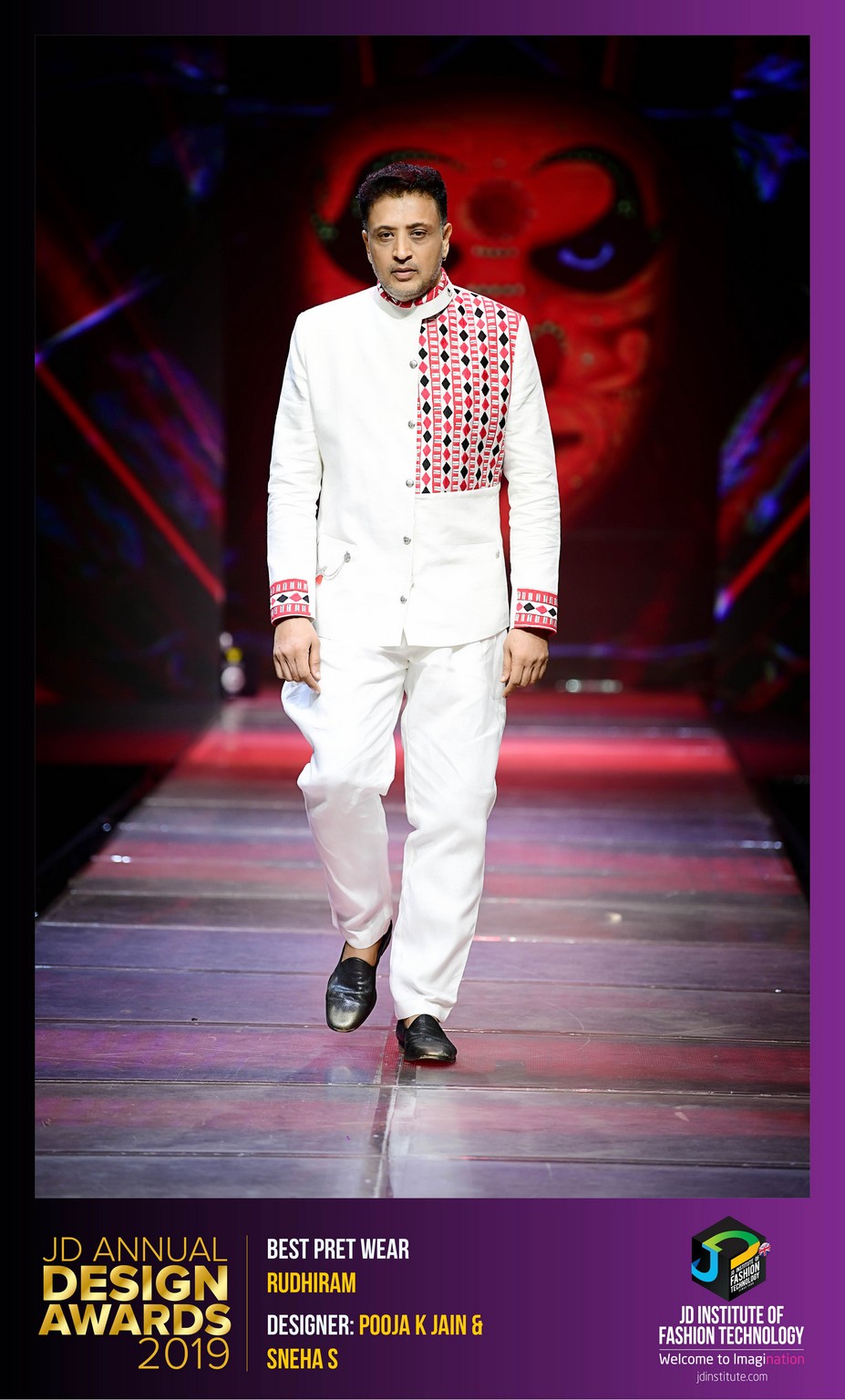 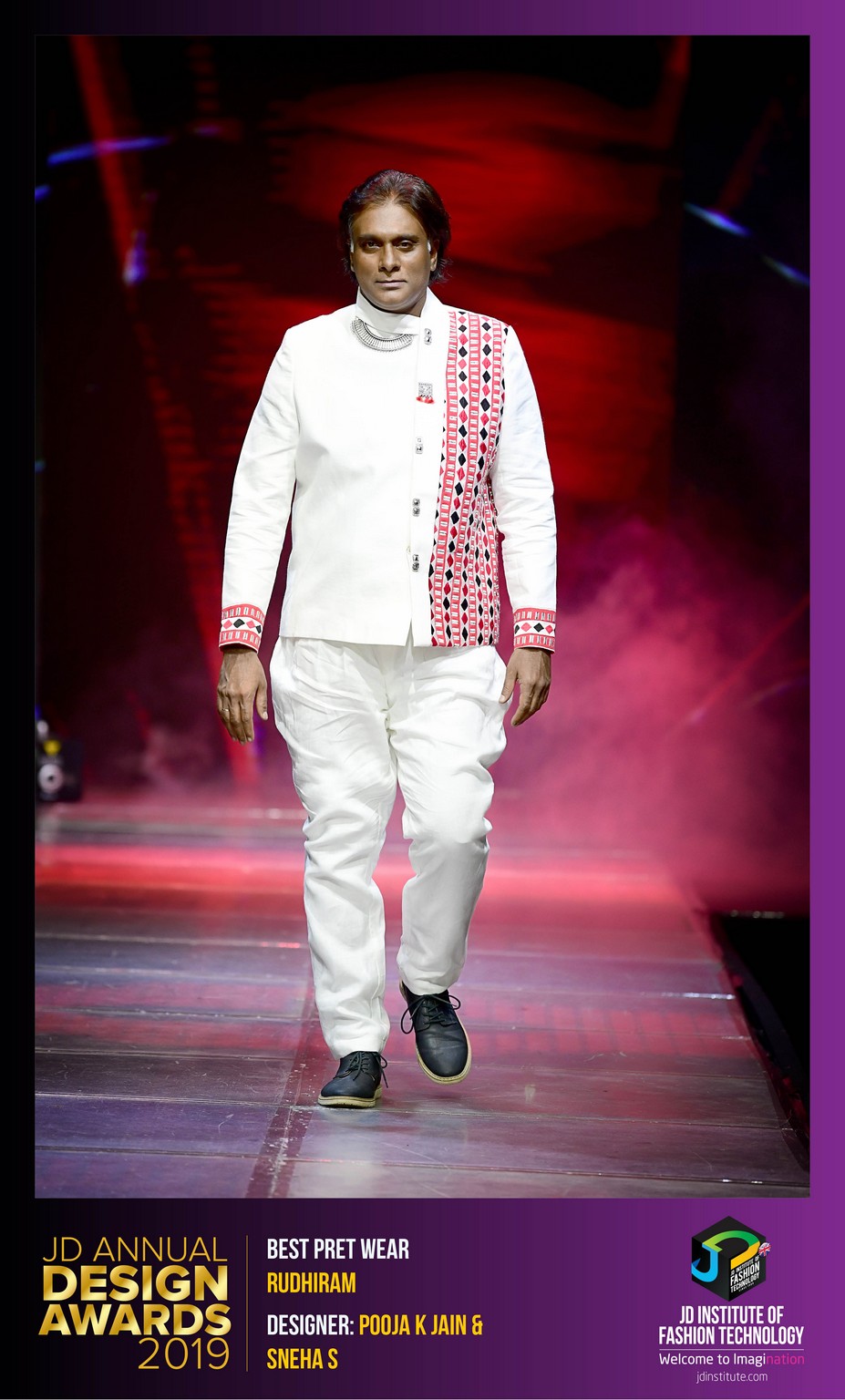 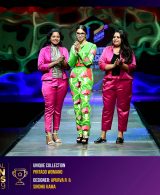 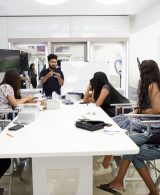