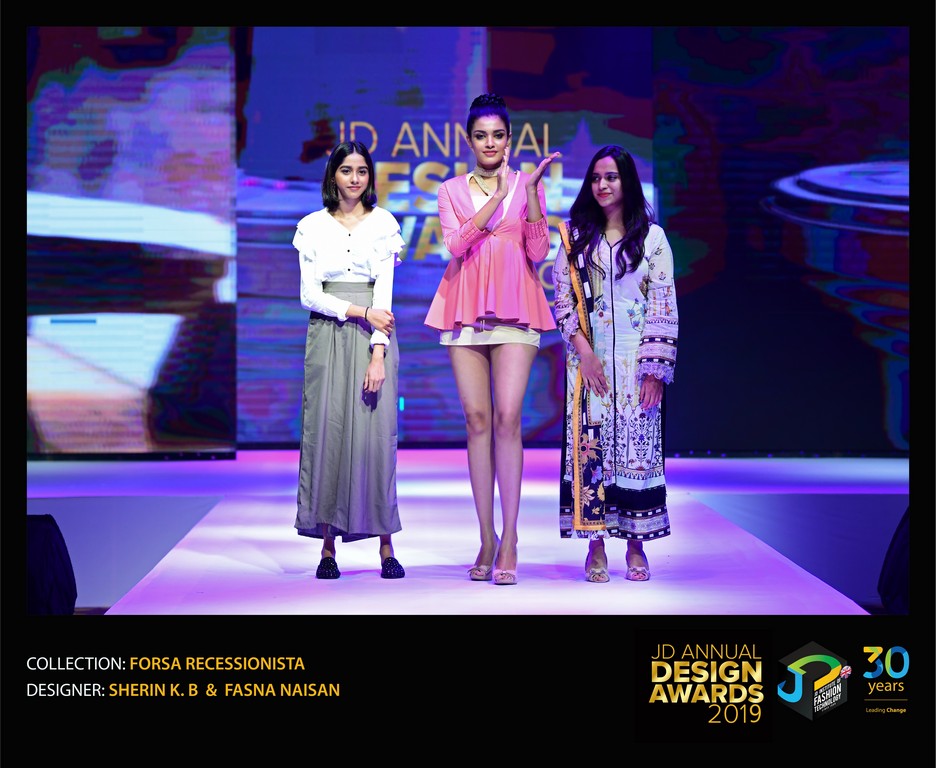 “Great style does not have to be expensive.”

Designers Sherin K. B. and Fasna Naisan’s collection, Forsa Recessionista derives its name from force and a woman who seeks to remain fashionable or stylish despite limited budget. The collection was a line of budget friendly womenswear formals inspired by the Vijayanagar Empire and lays emphasis on women empowerment.

The Vijayanagar Empire was considered to be among one of the progressive empires of the time. Women were a part of fields like academics, sports, poetry, bailiffs, accountants, wrestlers, guards, musicians, literature, writers etc. There have been observations that some regions were ruled by women, thus implying that the kings trusted the capabilities of the women to rule effectively. Respect was not limited to women who held positions in the administrative and creative fields; it was also extended to the courtesans. The paintings and carvings belonging to the era showcase the importance of women, during the rule of the period Vijayanagar Empire.

The designers were influenced by the checks and stripes found on the outfits of the women worn in the Vijayanagar Empire. Architectural features like towers and forts were created through fabric manipulation and doodling motifs found during the period through the use of chain, running and back stitch embroidery. The collection features ruffles and flares inspired by the sarees worn during the time. Fabrics used for the garments were cotton – poly mix, which is ideal for wear and pocket friendly, as it is less likely to shrink, than a garment made out of pure cotton. The colours used for the collection were blue, pink and white. 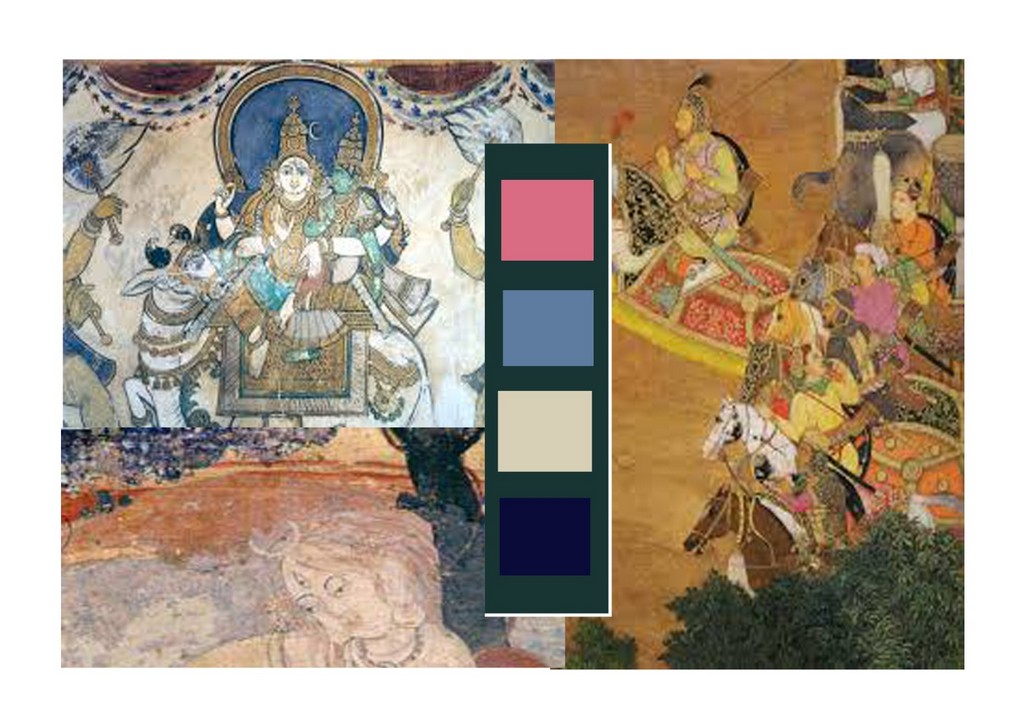 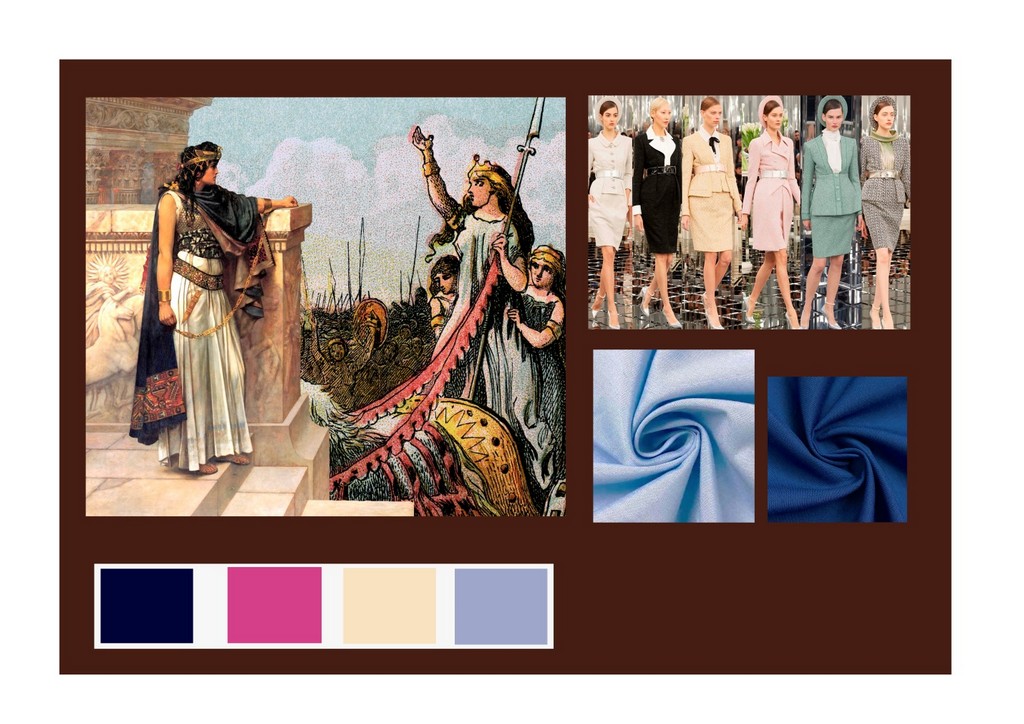 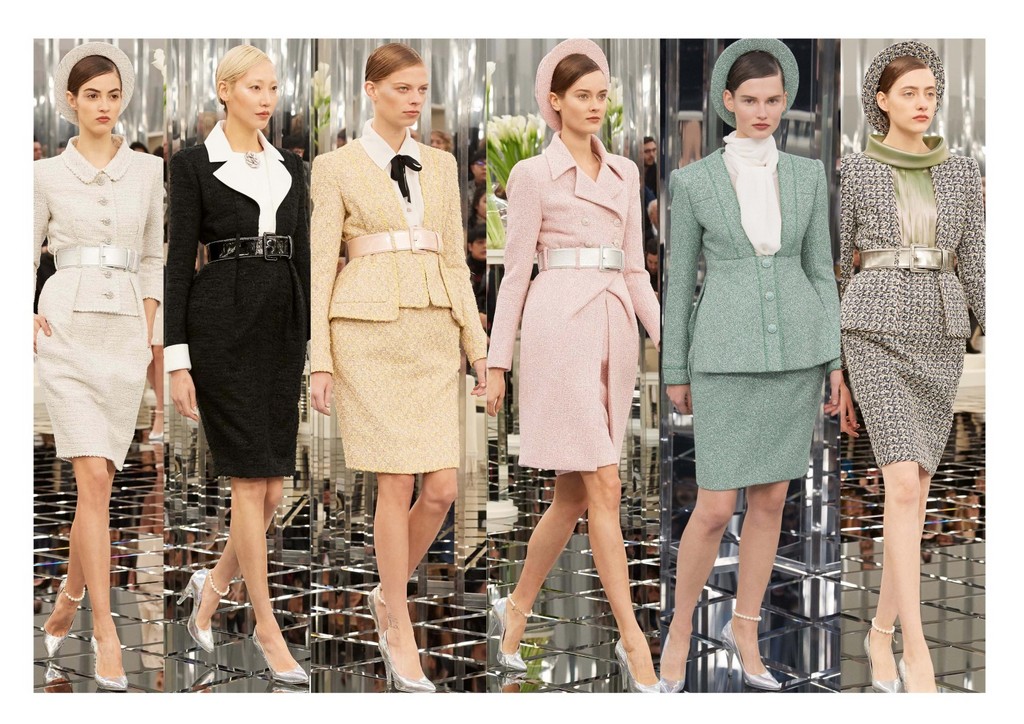 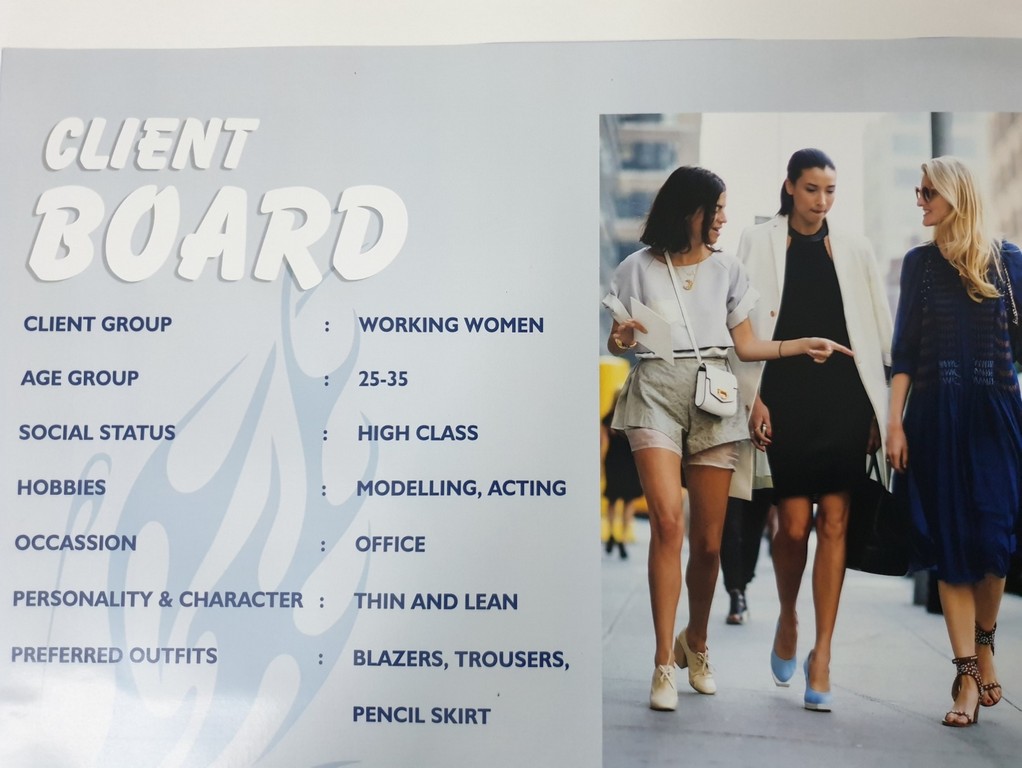 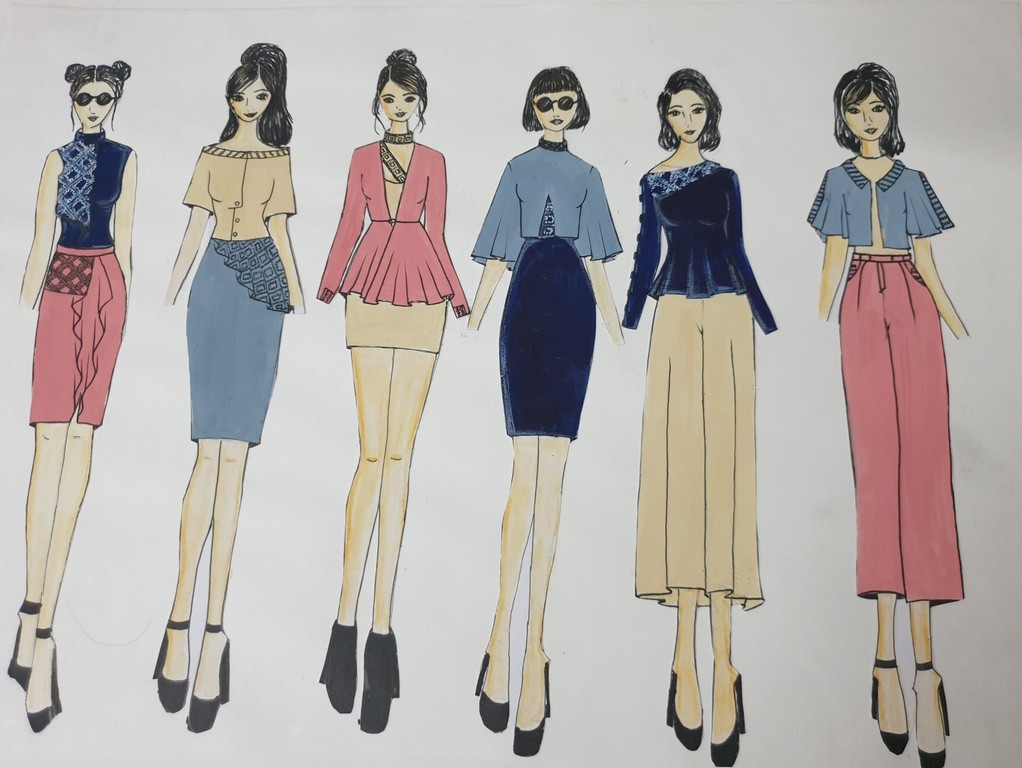 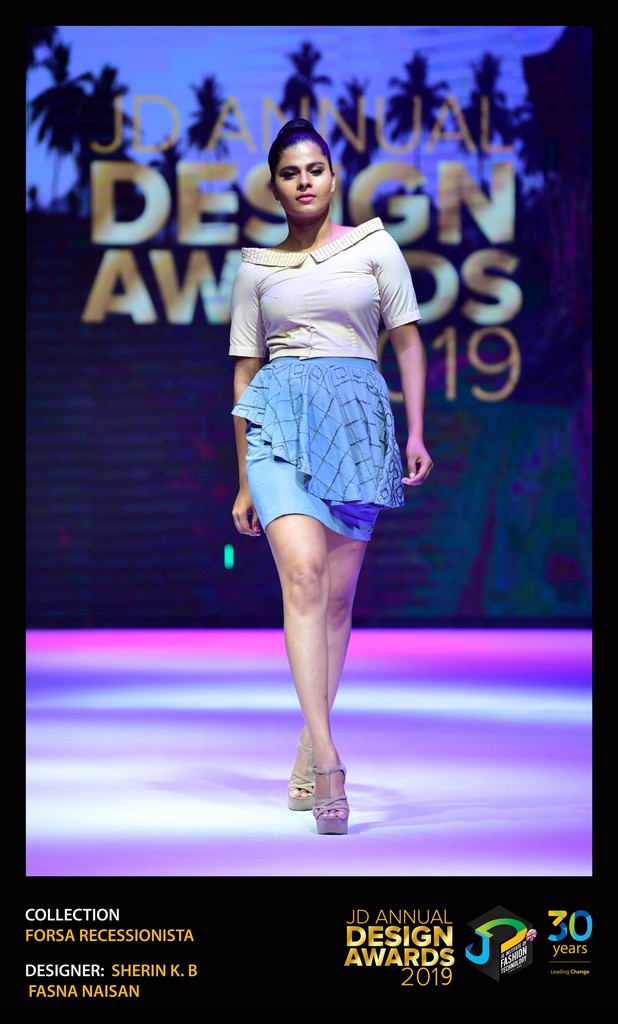 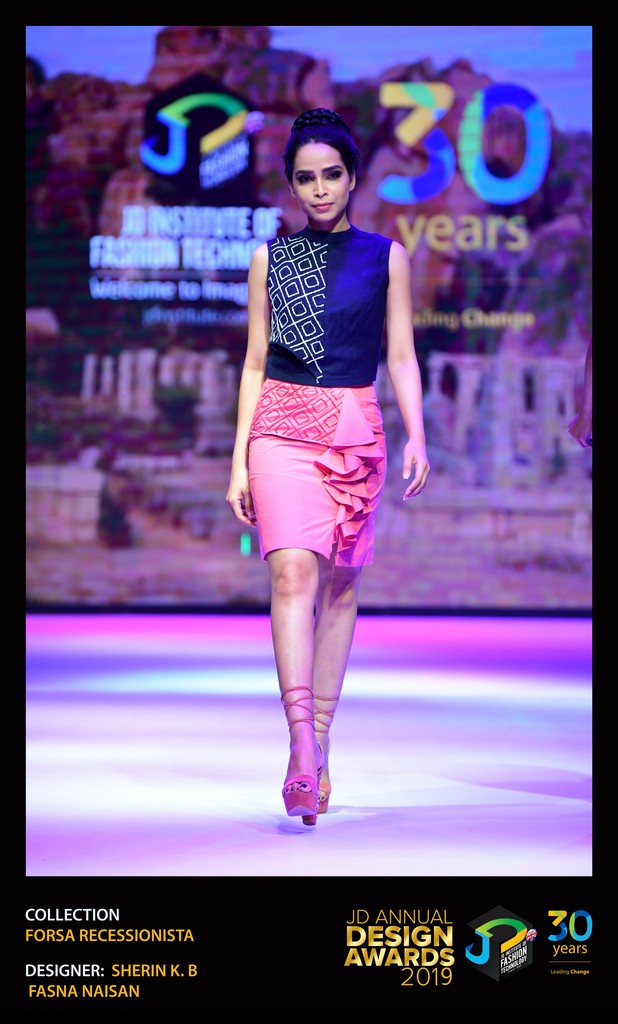 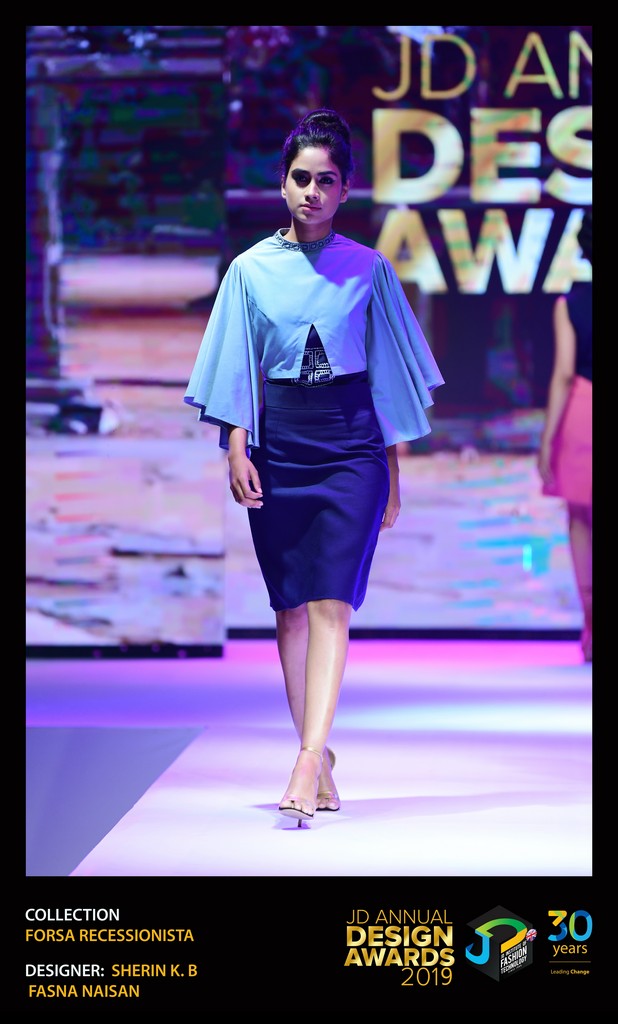 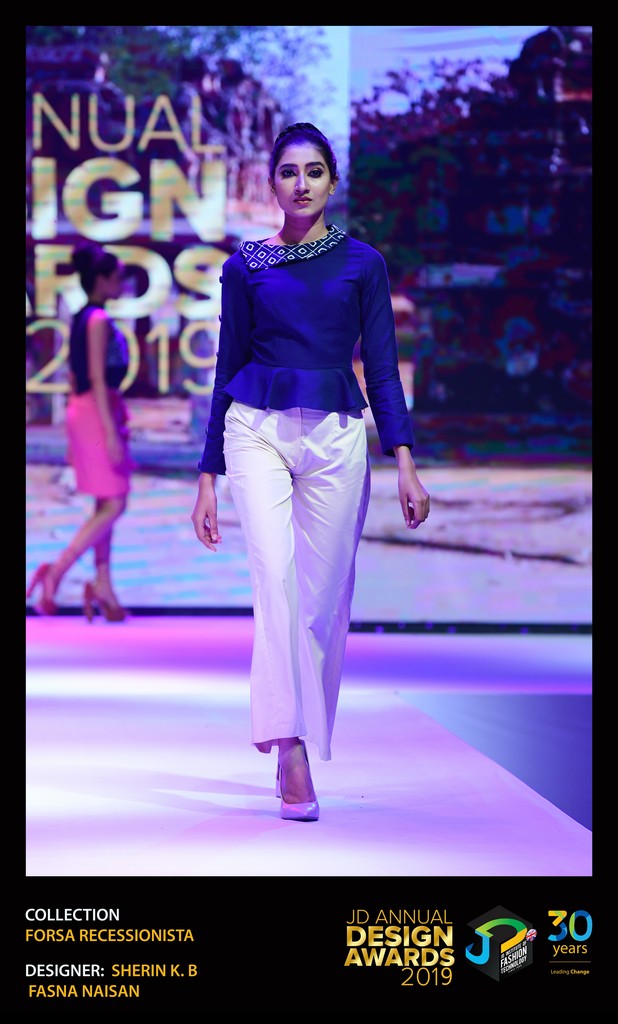 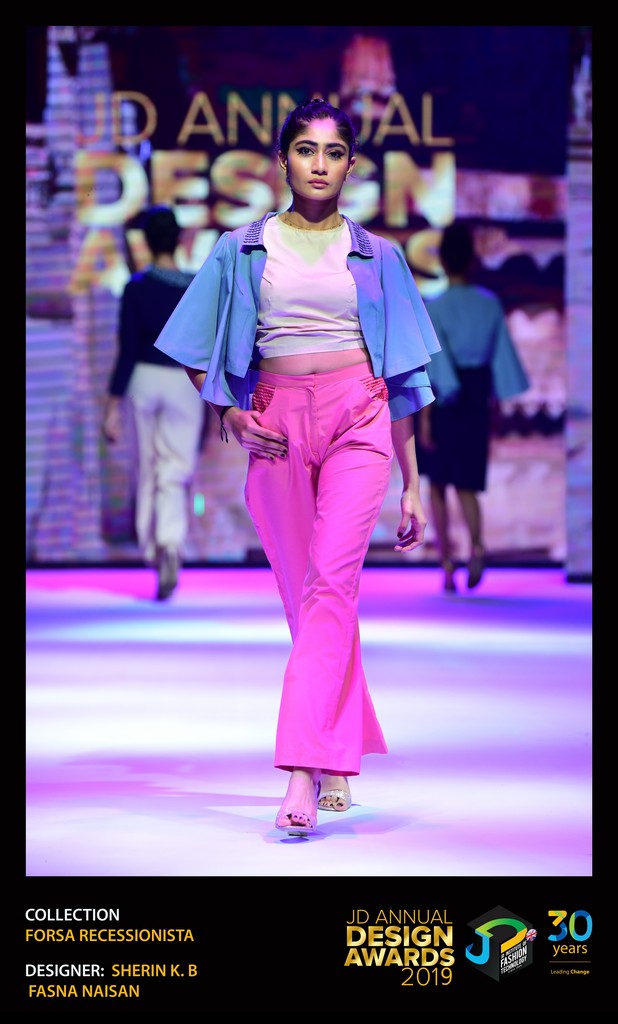 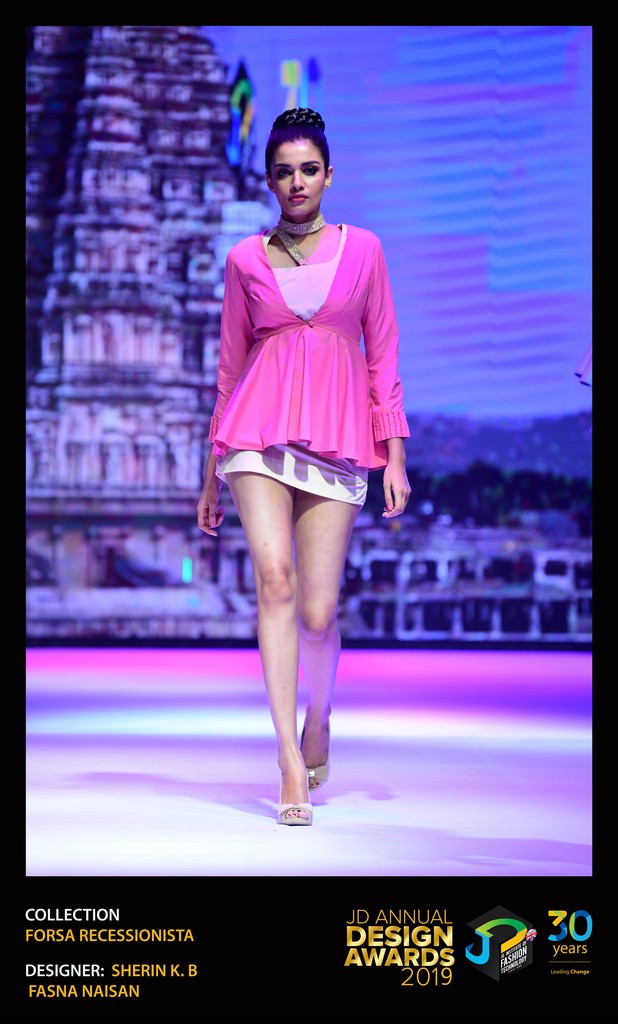 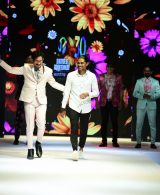 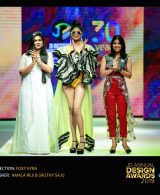