How Karl Lagerfeld Changed The Face Of 20th Century Fashion 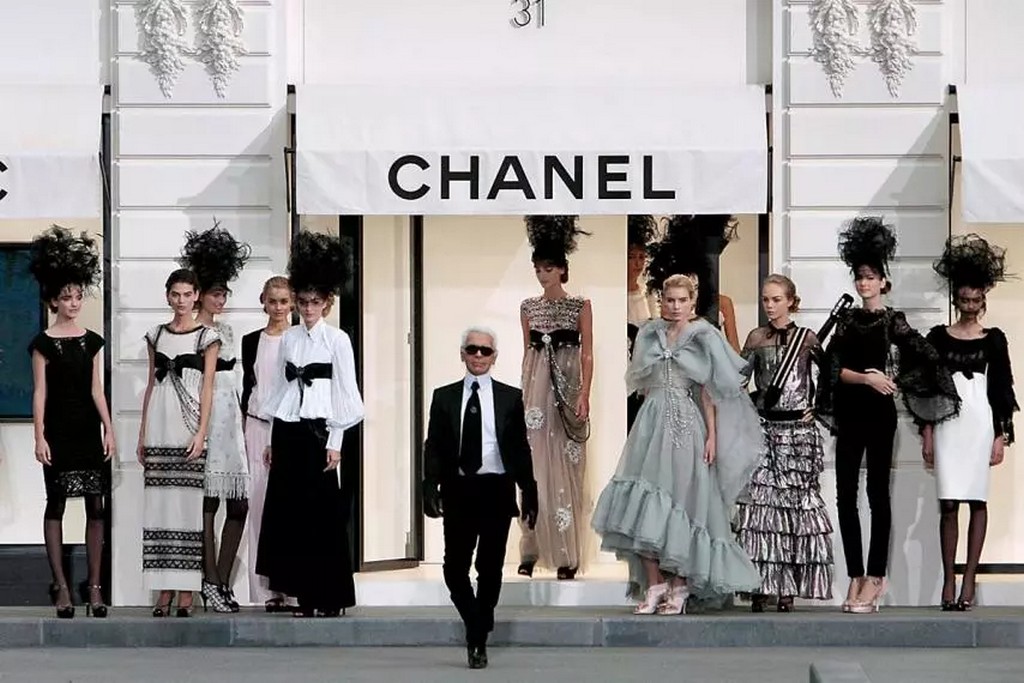 How Karl Lagerfeld Changed The Face Of 20th Century Fashion

“People who do a job that claims to be creative have to be alone to recharge their batteries. You can’t live 24 hours a day in the spotlight and remain creative. For people like me, solitude is a victory.” ― Karl Lagerfeld

The man who gave a new look to the corsets and the bonnets, the top hats and the bustles from the Victorian Period, is none other than Karl Lagerfeld. This revolutionary man from Germany since his debut continues to take the fashion world by storm.

Karl Lagerfeld probably would have never entered fashion if his mother hadn’t taken him to attend a fashion show. After watching the show and the models, his interest in fashion grew to an extent that he started reading books and fashion magazines from an early age.

Karl decided to go to Paris and soon made a name for himself by winning a competition for the best coat design in 1955. 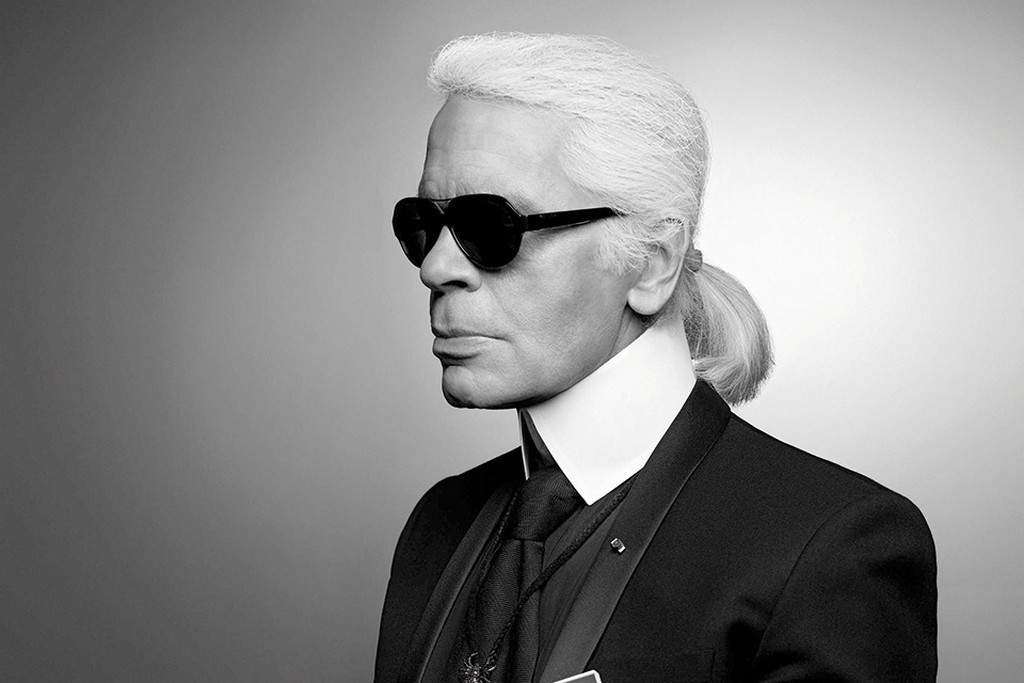 He was hired by Pierre Balmain, the then famous fashion designer, as his assistant and later by Jean Patou. However, Karl discontinued working along with them and started off with his own designs making him the youngest fashion designer of the chic French brand – Jean Patou.

Initially, when Karl launched his designs, he received much criticism. But over the period of time, he proved himself. When he started as a freelancer in the fashion house Chloe, his designs had signature elements that made each outfit quintessential.

The first collection was known as ‘Drippy Drapey Elegance’ which looked apt for cinema queens of the 1930’s and became a massive hit.

His most iconic work was the ‘Surprise Skirt’ which resembled an ankle length pleated skirt but was in actuality a pant.

He was also the first fashion designer to introduce CHLOE, a perfume in 1975.

From 1965, his collaboration with Italian fashion house Fendi, where he dabbled in designing furs, clothing, and accessories kick-started. 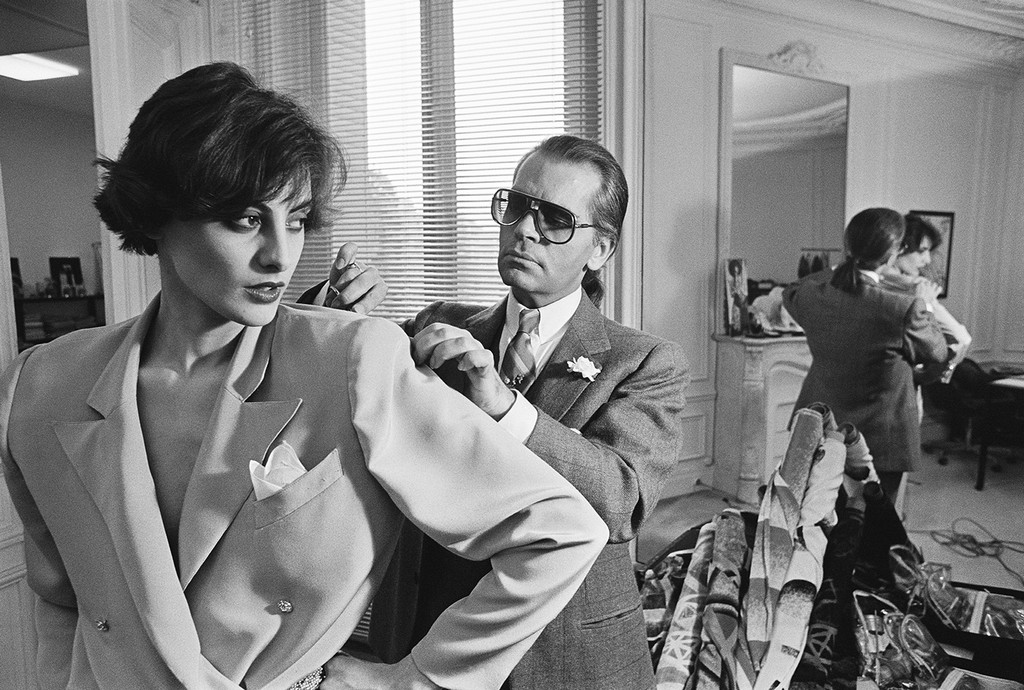 He also became a publisher during the 1990s by launching EDITIONS 7L publishing house. The books laid emphasis on photography and visual knowledge.
By the end of the 20th century, the inclusion of Karl’s work was appreciated and recognized everywhere.

The veteran quotes “What I like about photographs is that they capture a moment that’s gone forever, impossible to reproduce.”

It was in the year 2002, Karl along with the founder of Diesel; Renzo Rosso designed clothes for casual wear. He started designing costumes for the Carmen sequence of the film; Callas Forever in the year 2002. His designing was appreciated and adopted by Madonna for her Re-invention tour. Apparels for Kylie Minogue for her Showgirl tour were also designed by Lagerfeld.

In the year 2008, Le Petit Larousse Illustré, France’s most iconic dictionary, had his name added to it. Two years later, he received the Couture Council Fashion Visionary Award from the New York’s Fashion Institute of Technology. The achievements kept adding in the life of Lagerfeld.

On 23rd November 2015, he was awarded Outstanding Achievement Award at the British Fashion Awards. Karl Lagerfeld’s works gained appreciation and recognition worldwide by the end of the 20th century.

Today, he is the creative head director of Chanel and Fendi, the fashion house. He has also introduced his fashion label – Karl Lagerfeld signatures.

Such has been his design prowess that people want to wear anything that is designed by Lagerfeld to this day. Many brands are sold only due to the name of Lagerfeld associated with it. His work has intriguing detailing, exquisite artistry and his designs are not limited to apparels but instead extends to handbags, watches, shoes and more.

The trends of design and fashion keep evolving with time. With so much going on in this industry, it is essential to have proper guidance and mentoring throughout the journey. At JD Institute of Fashion Technology, which offers some of the best Design Courses In India, Diploma in Fashion Design Courses and Degree in Fashion Design Courses every student is tutored to cater to the design needs of the current and upcoming times while strengthening their individual skill sets to create a truly individual style that can stand out from others.

If you have dreams of being a truly inspired designer like Lagerfeld, check out the Diploma in Fashion Design course curriculum and other Fashion Design Courses offered by JD Institute of Fashion Technology. 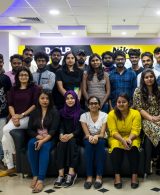 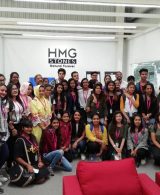