BUILDING A FORM JEDIIIANS GET CREATIVE WITH THE ORIGAMI WORKSHOP 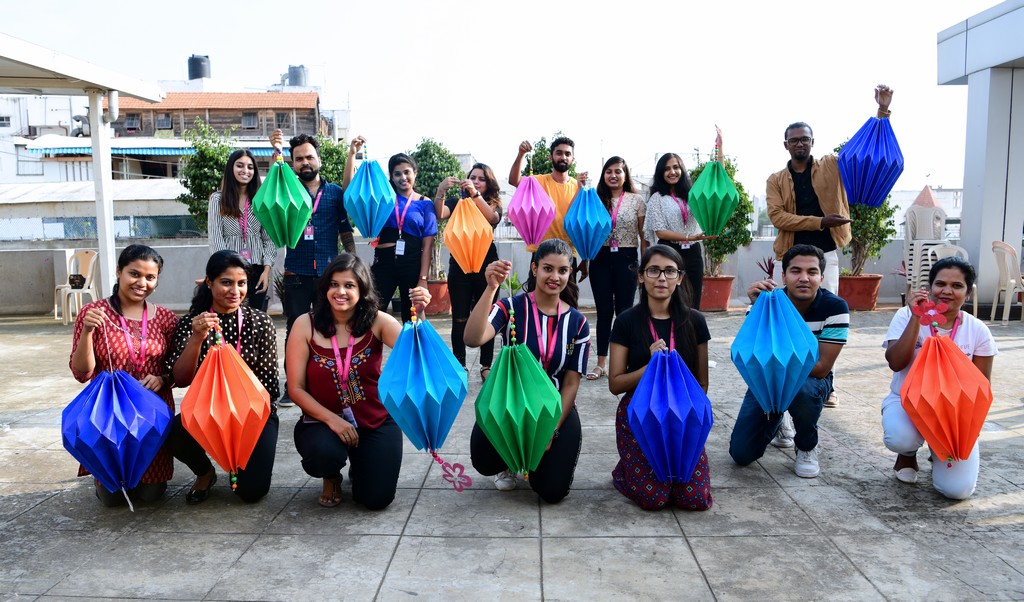 BUILDING A FORM JEDIIIANS GET CREATIVE WITH THE ORIGAMI WORKSHOP

JD Institute of Fashion Technology Bangalore organized a workshop on Form Building in Origami for the students of Fashion Design course and Interior Design course on 3rd October 2019. The workshop was conducted by Ms. Pooja Ugrani, Founder – Sound of Paper and Professor at Acharya’s NRV School of Architecture. She has conducted similar activities in a number of architectural colleges. The session enabled the students to apply the technique learnt to create life size structure which could convert into products. 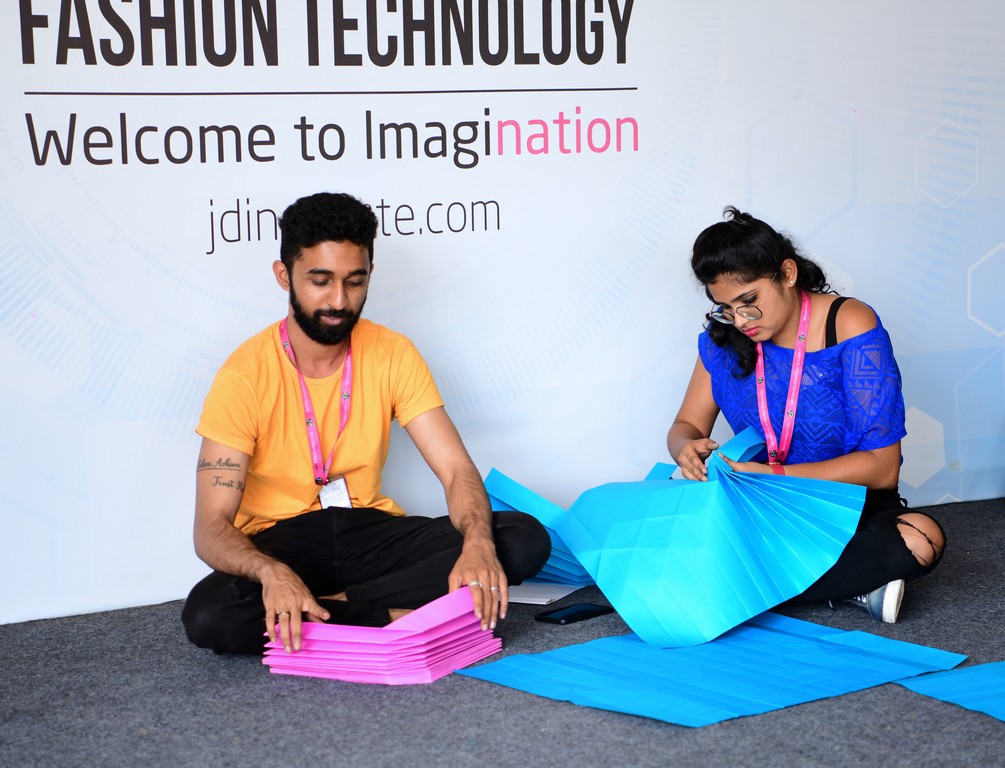 Origami is a Japanese technique of folding paper that is derived from the words ‘ori’ meaning folding and ‘kami’ (kami which pronounced as gami in Japanese) meaning paper. It transforms a flat sheet of paper, into a finished sculpture through various folding and sculpting techniques. The paper crane is one of the famous models of origami.

Overtime Origami has branched out from being used only for religious and ceremonial reasons to recreational purpose. It now incorporates different materials and new combinations of old designs to bring the traditional art into modern concepts. It can be created using the tiniest peace of parchment to bigger sized papers. Size does not matter when it comes to origami.

Sound of Paper tries to break away from the notion of seeing origami as a table top activity and hence, the workshops are consciously structured to use origami for larger sizes of products.

The workshop began with an introduction to the basics of paper folding, patterns, and geometry. The students were then tasked with two different types of hands-on activity, wherein they were first asked to create a decoration ornament individually and a spiral as a group.

For the individual activity, the students were handed over two papers each to create a decorative diamond ornament. The second exercise required the students to work in a group to form a giant spiral.

Post the session, Ms. Ugrani made a presentation, wherein students got a glimpse of some of the work done by Sound of Paper and were educated about the various ways in which origami can be used. The two and three-dimensional elements of origami add texture and detail to projects in architecture, furniture, fashion, and accessories.

Apart from the design element, the exercise of creating something out of a flat sheet of paper is also therapeutic and requires precision along with patience. Accuracy is very important while making the folds in the paper or else the design will not align and will have to be done all over again.

The students enjoyed the hands-on learning session and were able to take back the decorative ornament along with two instructional booklets handed out by Ms. Pooja Ugrani. 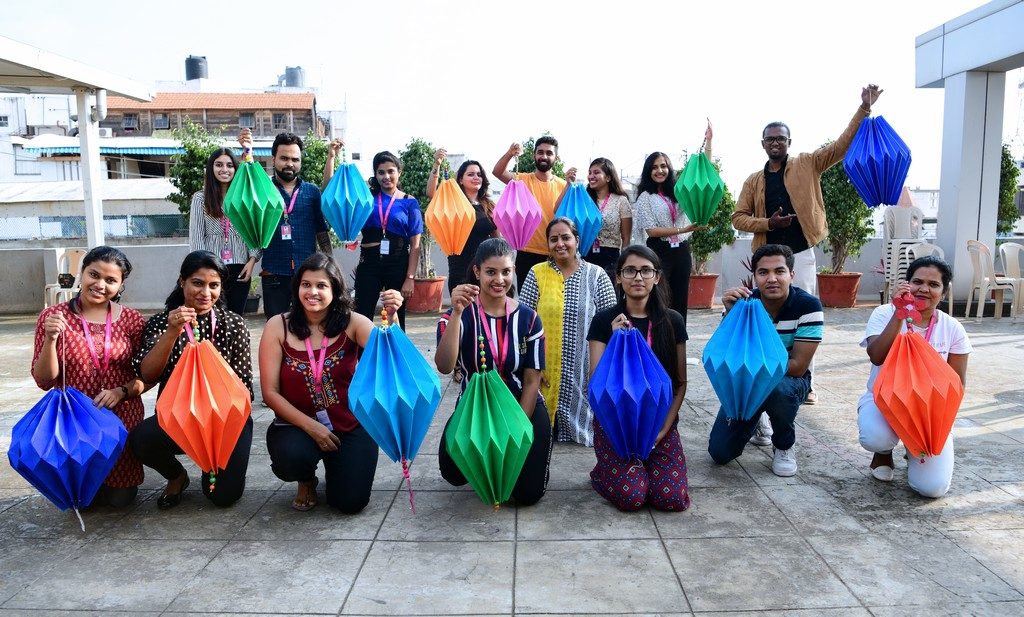 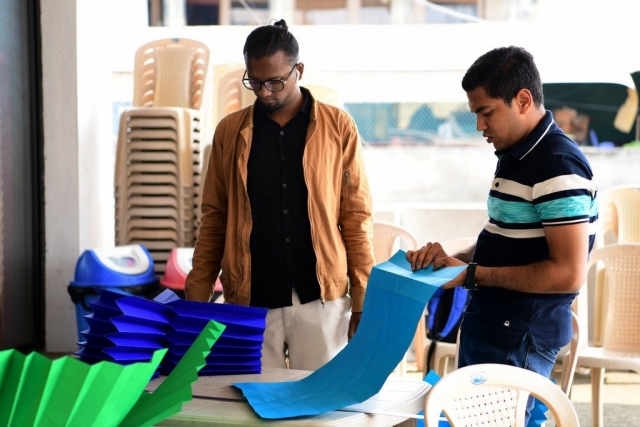 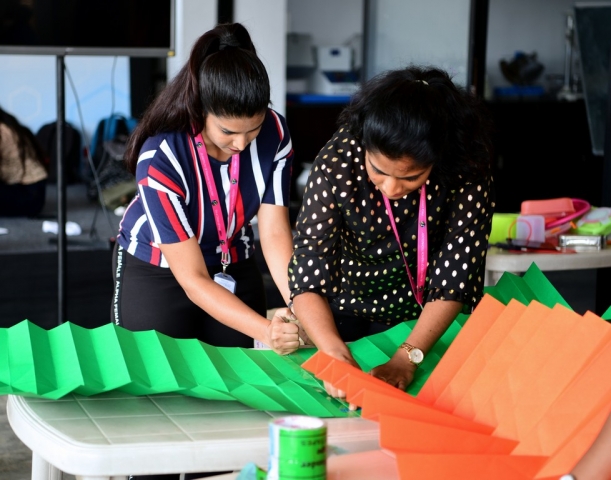 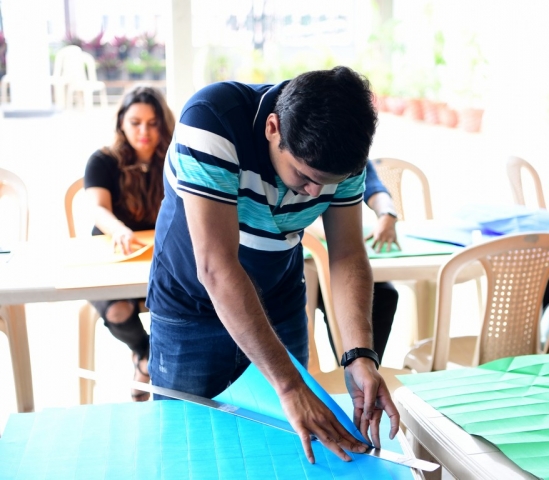 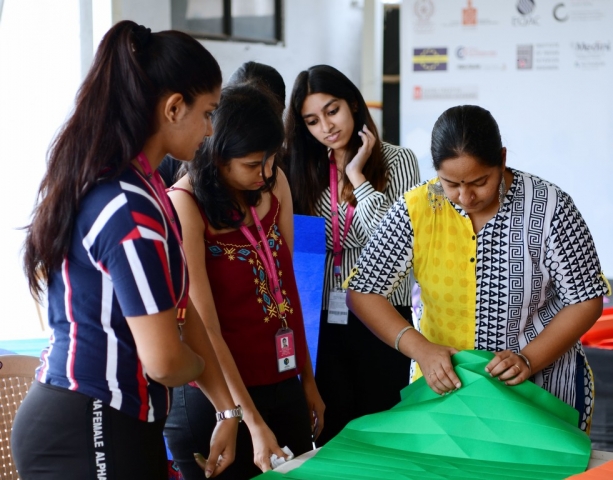 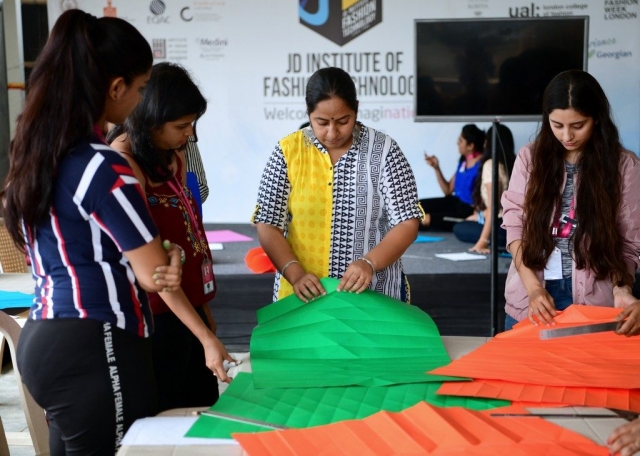 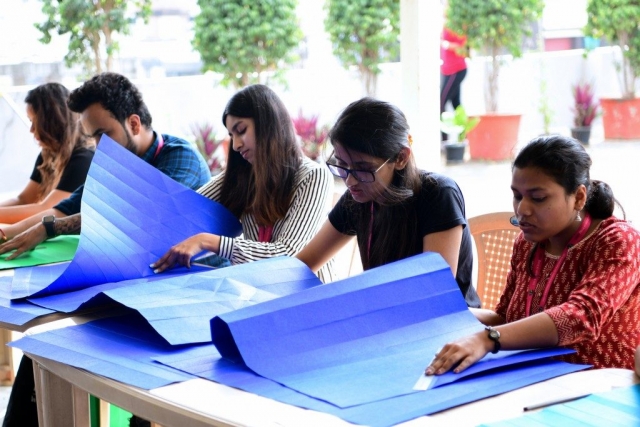 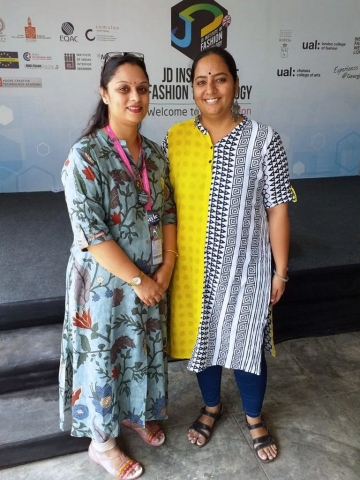 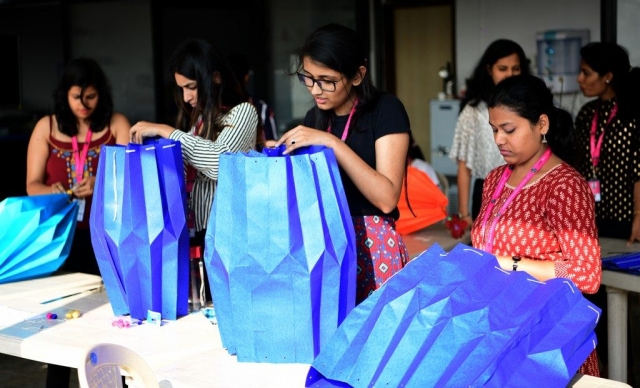 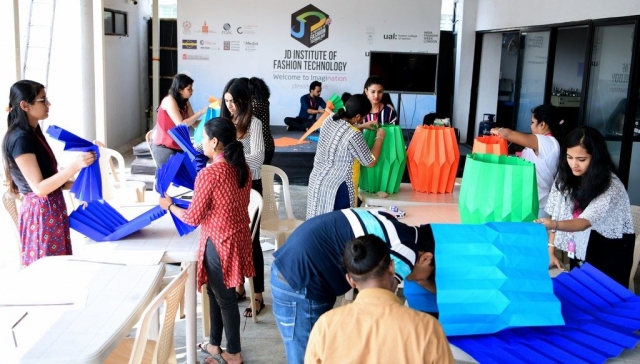 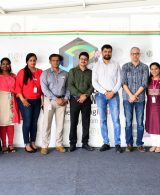 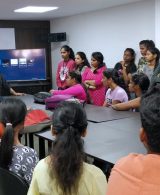