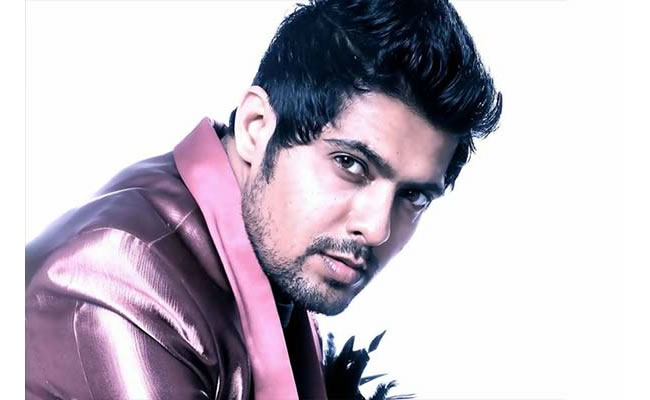 Fashion is never a product of a single person, nor does it come from a single moment of imagination. It takes a lot of hard work, blood and sweat to make things happen when it comes to striking a perfect balance between class and vogue. But ‘VISHAL KAPOOR’ is one man who has really changed the paradigm on his own. He has single handedly changed the course of fashion and style. Fashion is not what you wear anymore. Style is no longer how you look. He has taken the meaning of looking good to the new heights, thanks to his imaginations, originality and creativity.

Vishal was born and raised in the bosom of fashion cum glam capital of India, Mumbai, a Mecca for those looking to build a career in glam business. While in Mumbai, he captured attention of major players in the fashion industry. At the same time, his skills and talents were put to the test in few big Bollywood ventures. Everyone who wore Vishal Kapoor felt like being in the cloud nine. With his peculiar sense of style and knack of hitting the right chords, Vishal began to soar higher with the popularity leaving his seniors and peers behind. Soon he realized that Mumbai was a little too small for him. He decided to spread his wings. After some successful projects in Hong-Kong and Amsterdam, Vishal locked Kathmandu as his target. Being a carrier-Shooter that he is, there was no way he was going to miss out on his defined goal. He struck the gold there too. He is slowly but steadily carving out a niche for him in Kathmandu and becoming every celeb’s darling there. He switched geo-political territory in 2011 to begin an odyssey of success story in Nepal. Today he travels back and forth from Nepal to India in order to manage various projects that come along the way.

A graduate in fashion designing from JD of Fashion Technology, Vishal’s first project was to design costumes for the Bollywood celebrities creating awareness and supporting animal rights for the NGOs like PETA and People for Animals (PFA) in 2004. People wearing his creations have looked smart, class-personified, sophisticated and most importantly, beautiful inside and out.

Since 2011, he has been dressing the Nepali celebs and elites at PANACHERUNWAY, Launched by Vishal with associate Partner SHWETA SIROHIYA ROKKA. PANACHERUNWAY specializes in designer label high fashion, luxury brands for men and women, situated in mercantile plaza, Durbaarmarg. His store has been the best pick for the Fashionistas as they have a whole range of evening wear categorized into pret-a-porter, couture, fusion and diffusion and red carpet. Their exclusive collection of tunics, saris, lenghas, anarkalis and evening Red carpet gowns for women along with fusion pieces like blazer, jackets, party wear shirts, Sherwanis for men have made PANACHERUNWAY everyone’s favorite.

Multi faceted Vishal is now directing his energy towards achieving another milestone. He is in the process of expanding his chain of stores globally and also coming up with an award night under his brand in fashion industry, promoting models, fashion houses, hair and make-up artists and upcoming designers. A dream that he believes in and all set to make it a reality. 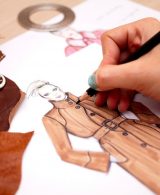 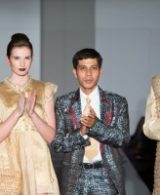