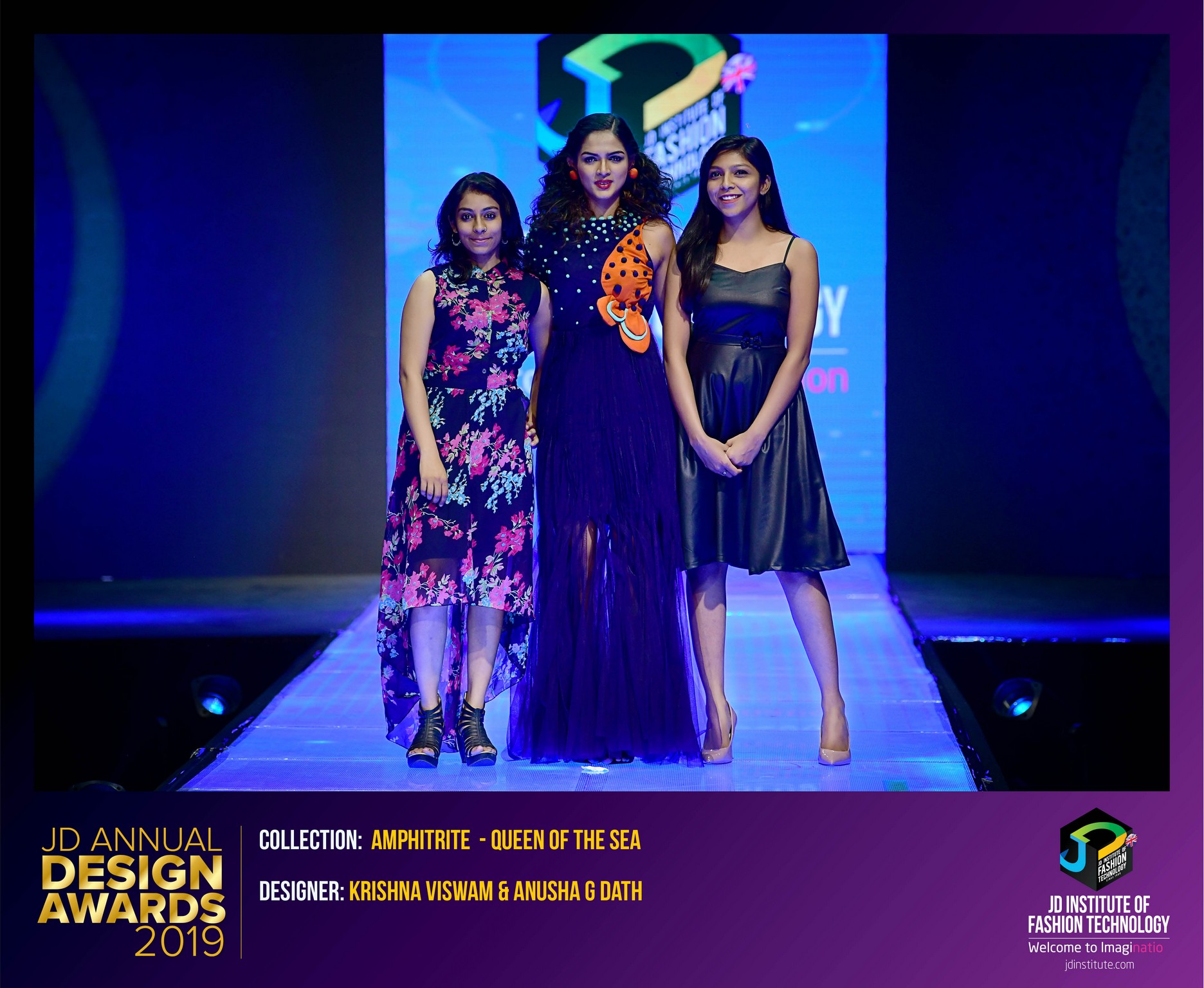 “The Ocean stirs the heart, inspires the imagination and brings eternal joy to the soul.”

Designer Krishna Viswam, Anusha G Dath and Shilpa K V’s collection “Amphirite” drew inspiration from the sea goddess by the same name as the collection and as per Greek mythology, was the wife of Poseidon, God of Sea, Earthquakes and Horses. Though diminished by poets later, to a symbolic representation of the sea, she was once called “The Queen of the Sea”.

The designers through their collection wanted to highlight the problems posed to the Great Barrier Reef due to various activities. The sea goddess is used to represent marine life and the problems that various elements have contributed to the danger for marine life with an emphasis on the coral reefs. Issues like global warming caused due to climate change, pollution caused due to mining and the chemicals used while farming on the land adjacent to the Great Barrier Reef. Eutrophication, sediment runoff, crown of thorns starfish that prey on coral polyps and human use are some of the factors that have caused in harming the coral reefs. Inorder to keep the corals from being wiped out due the stated reasons, small changes can be adopted to make a difference to save the corals, which are not just meant for its beauty but are important to maintain the marine eco-system.

Inorder to depict the ocean colours of various shades – steel blue dark teal, forest green, aquamarine green, orange and turquoise blue have been incorporated in the garments. Apart from colours, different techniques and material have been used to create the textures of the Great Barrier Reef. The designer has recreated a 3 dimensional depiction of the dying aboriginal dot art of Australia and the diminishing coral structures for the collection. The designer has also used embroidery sequence work. The garments have been created using American crepe and net fabric. Since crepe fabric is made using polyester fibres it is wrinkle free and comfortable. Plastic or related elements have not been used in any way. Detailed embellishments were curated by the designers with the help of few home makers by teaching them a new skill. 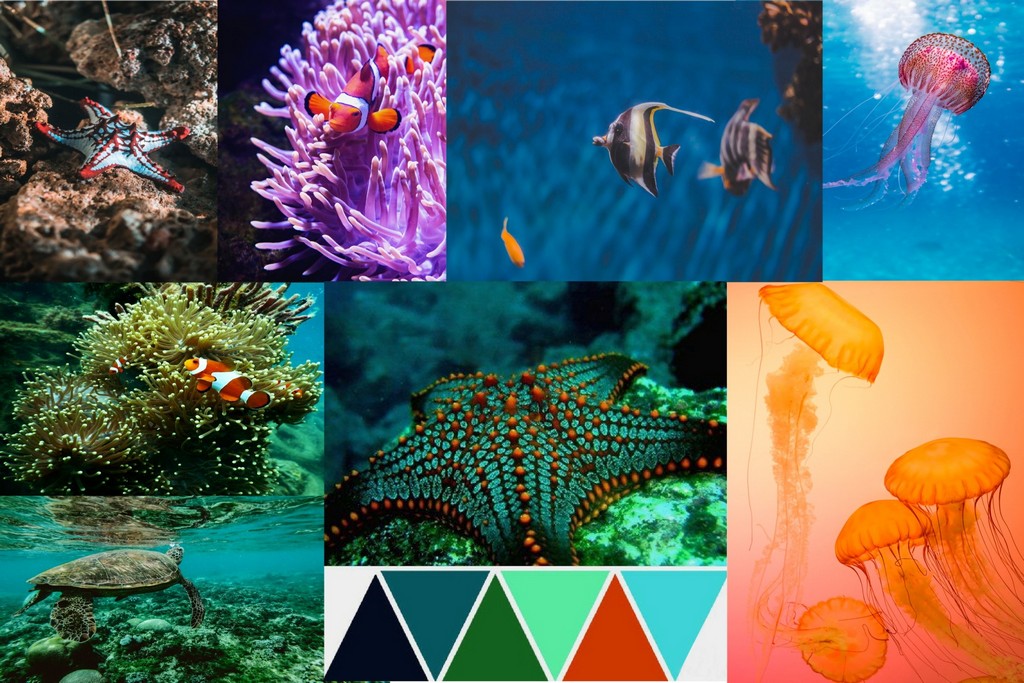 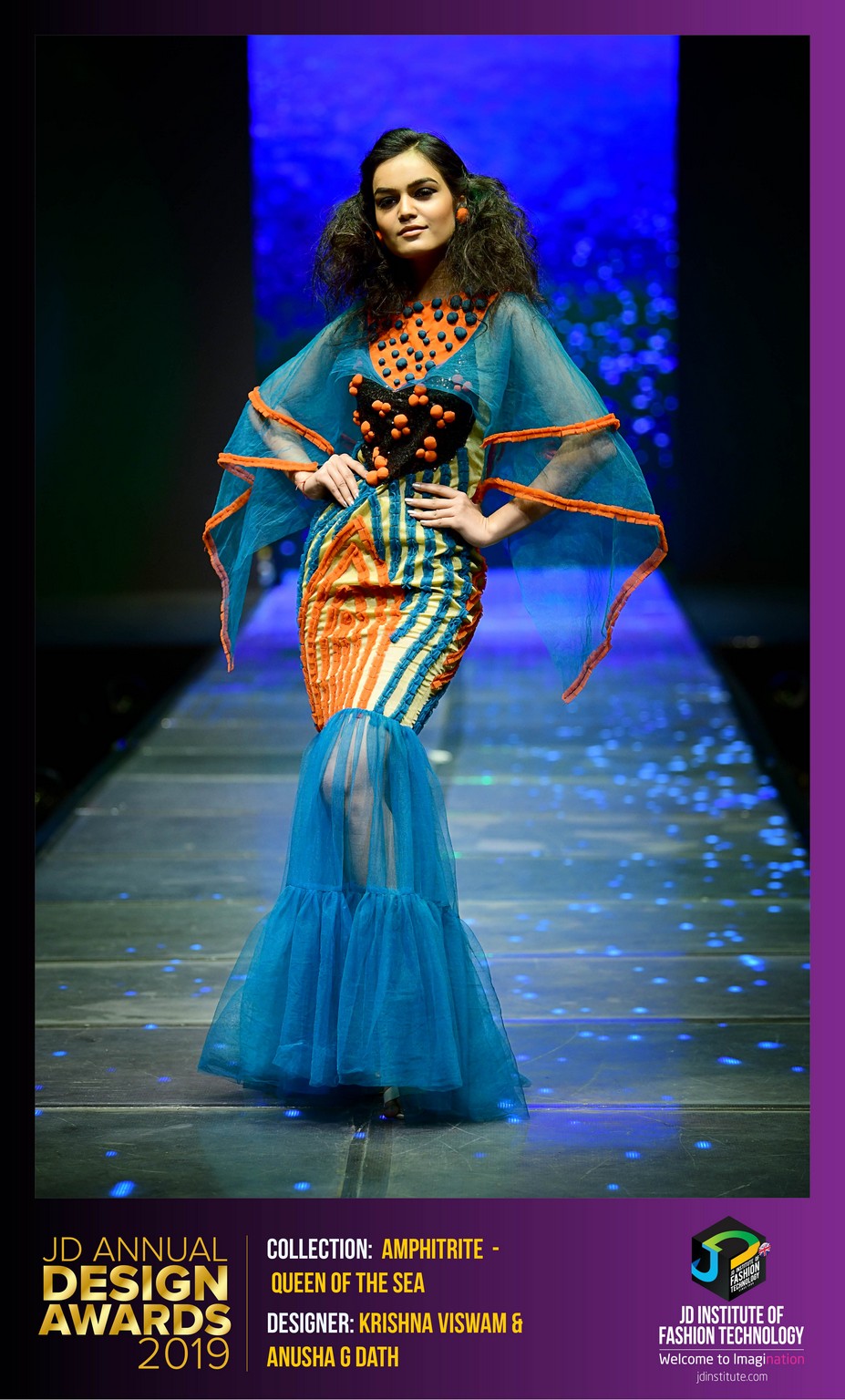 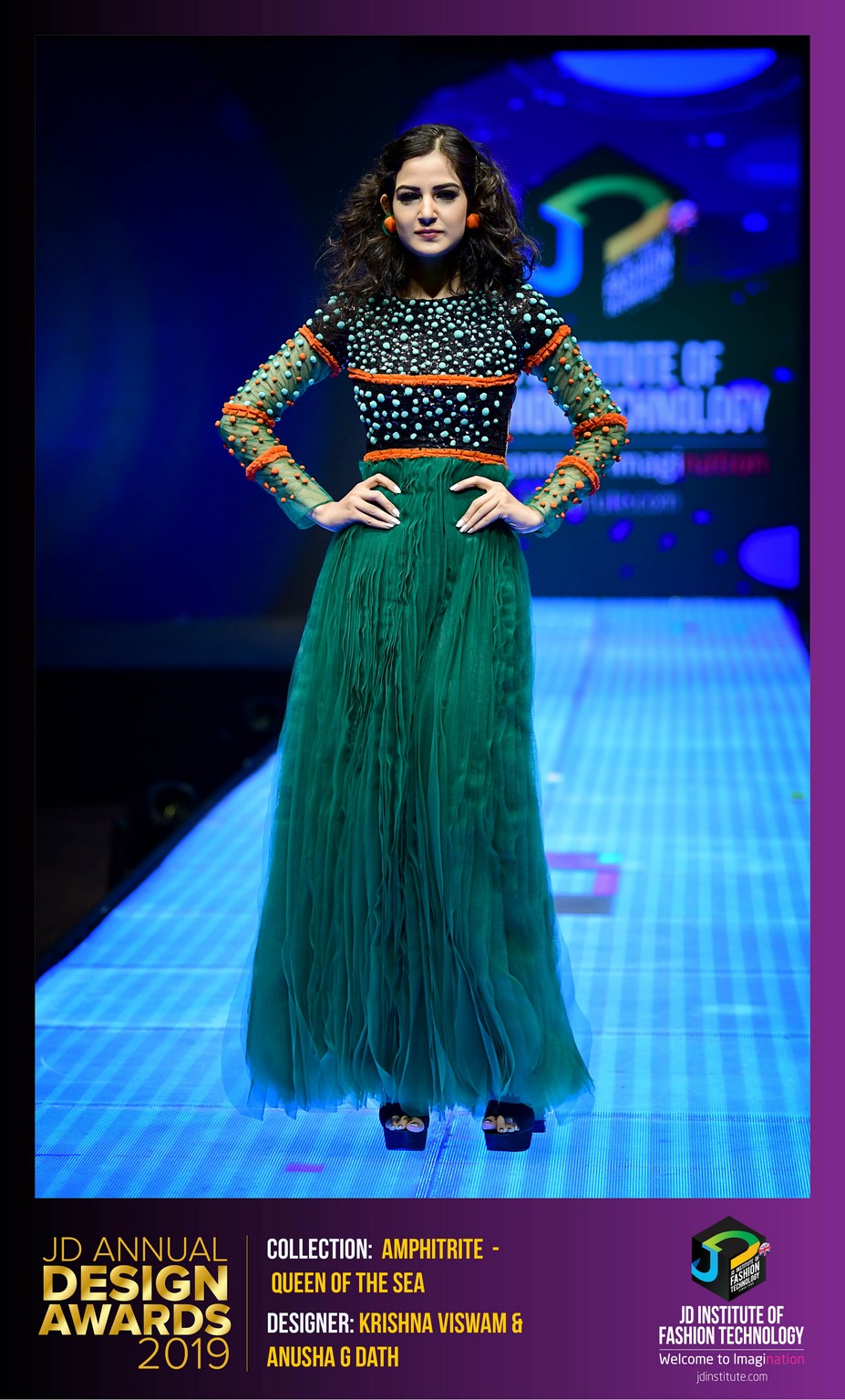 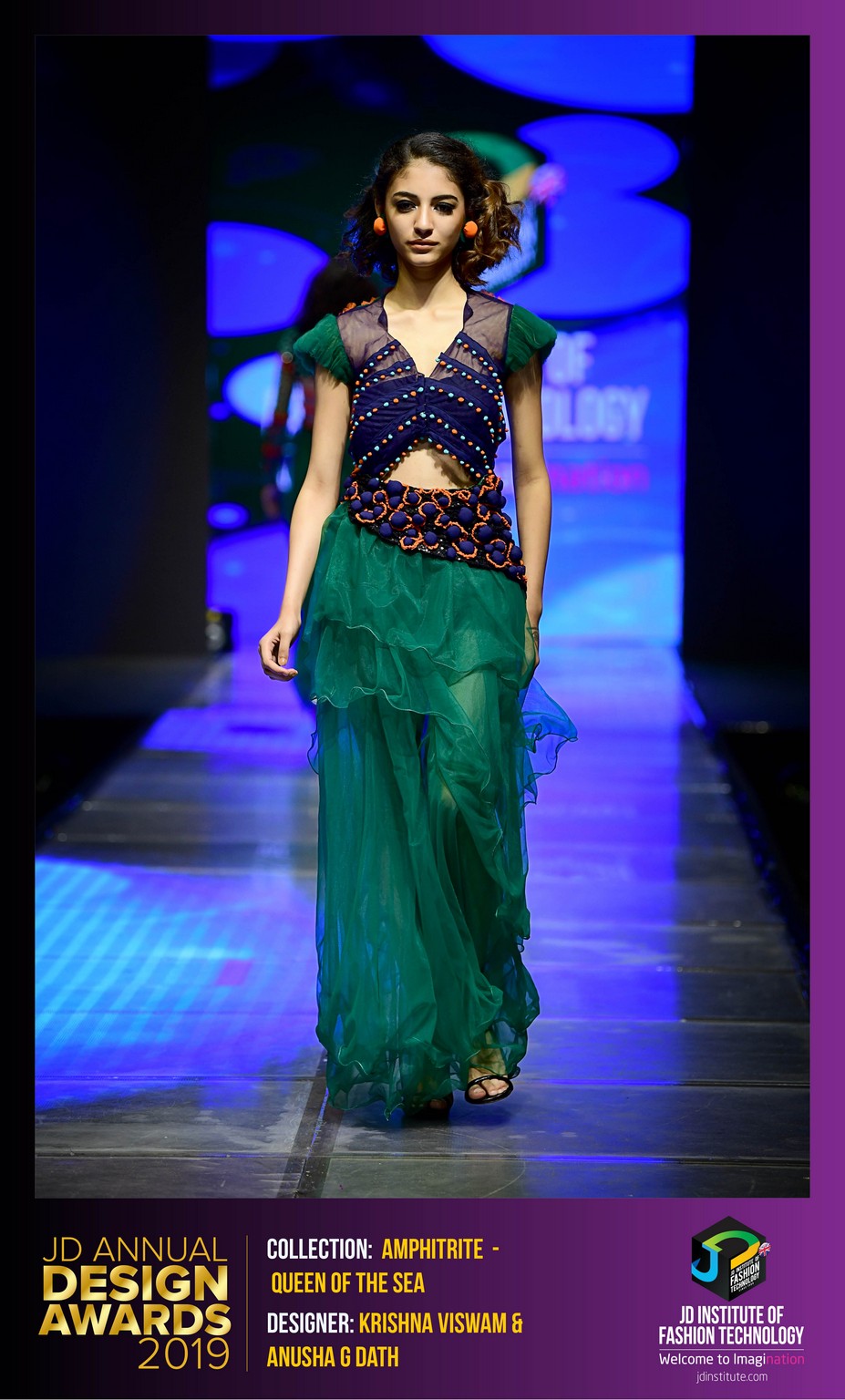 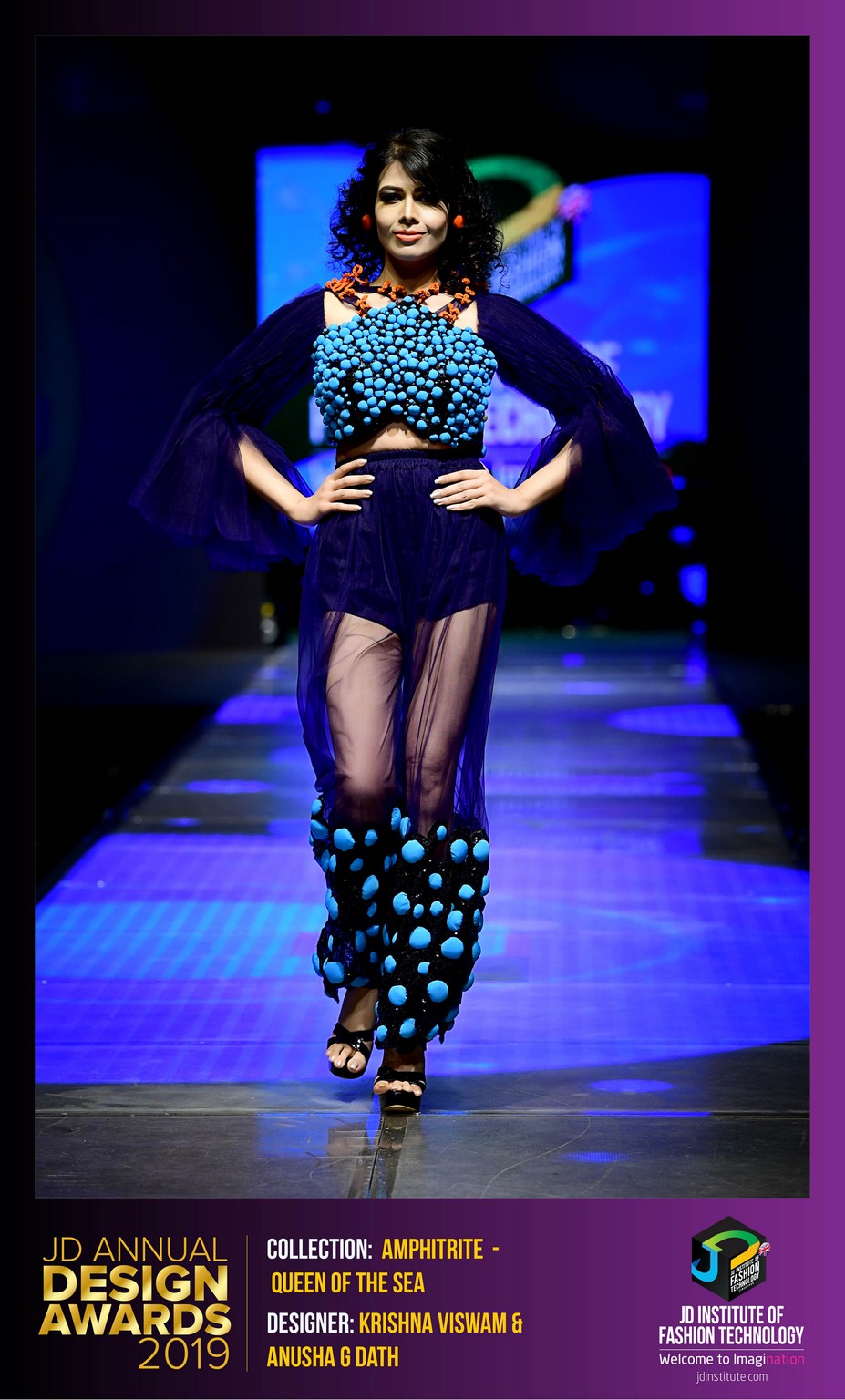 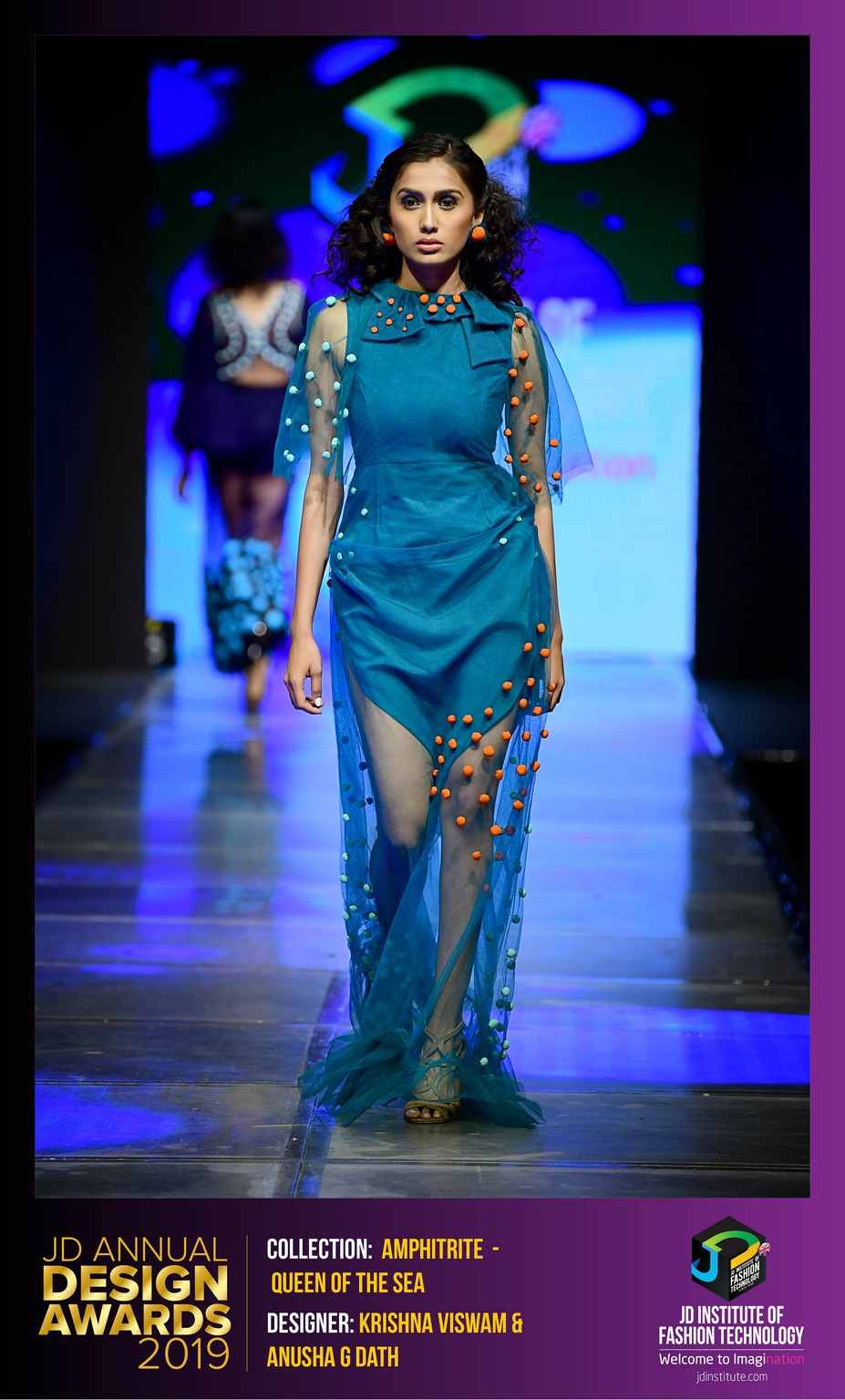 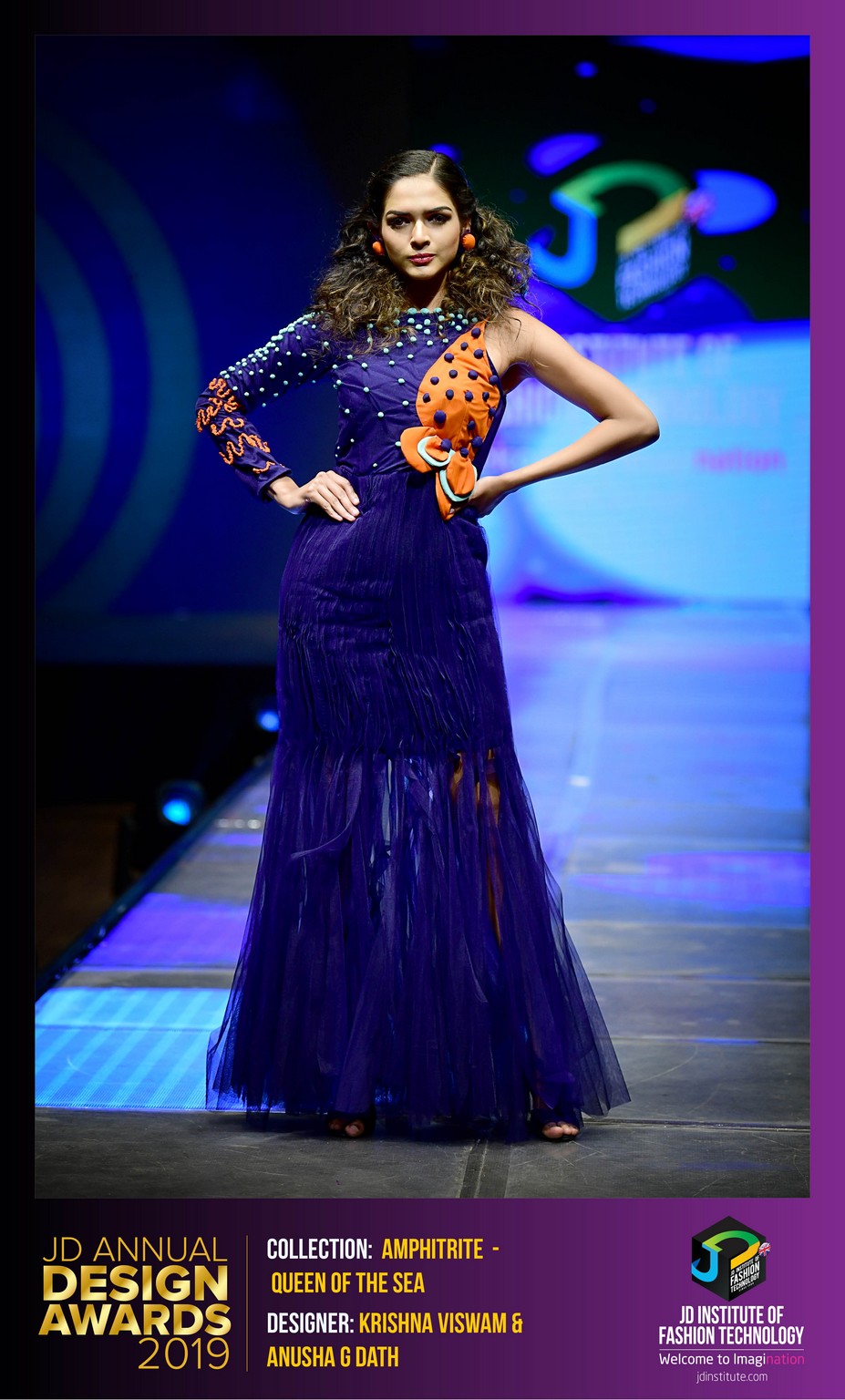 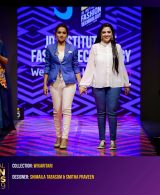 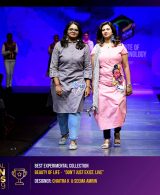