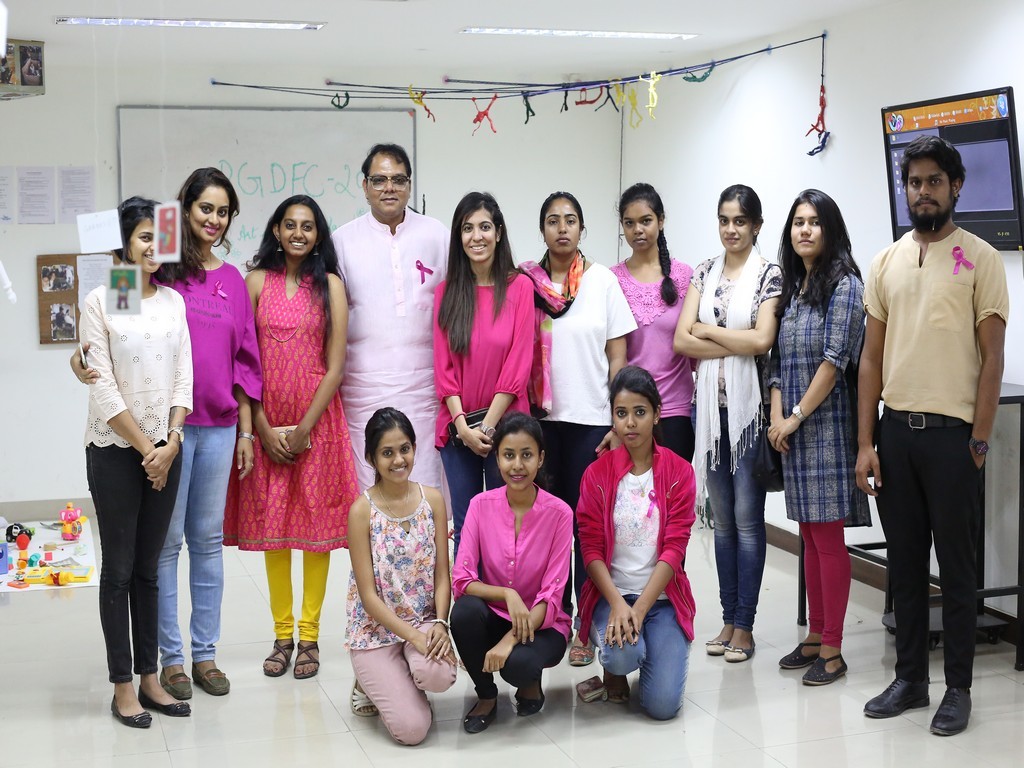 Fashion communicators are people who are passionate about communication pertaining to the world of fashion. They are conversant with fields such as fashion journalism, visual merchandising, styling, fashion psychology, consumer behavior, retail management, advertising and public relations, graphic design and keep up with the dynamism of the fashion industry.

An art project was assigned to the fashion communication students where they had to create installations with only 3 materials. These installations had to depict a social message aimed at exposing the impediment caused by our society and how, an individual succumbs to the societal norms.

The stress and anxiety that the students go through during exams  is what we are trying to portray with our artwork. Not only do the students have to deal with great amount of pressure due to the study load but also due to the expectations set by the family and the educational institutions This often leads to great level of anxiety and stress, which is common among the youths today. Education should be about fun and enjoying what you are learning. People should not be stressed or burdened, as this will have a negative impact on the growth of the individual.

A dream is a succession of images, ideas, emotions and sensations that usually occurs involuntarily in the mind during certain stages of sleep. The content and purpose of dreams are not fully understood, though they have been a topic of scientific speculation, as well as a subject of philosophical and religious interest, throughout recorded history. Dreams mainly occur in the rapid eye movement stage of sleep when brain activity is high and resembles that of being awake.

The installation is inspired by the Syrian war, where hundreds of innocent children are being forced to give up their childhood and forcefully become soldiers. The only gun a kid should hold is the one made of plastic, the only bomb they should know about is the firecracker. War not only destroys lives but also destroys countless hopes and a dream, what’s worse is, the dreamers aren’t even old enough to spell out the word. This installation is a tribute to every child who has to live through this nightmare and to extend our support to them so they know this nightmare they call life will be over soon.

Our installation personifies this message through the puppet hung from a box which contains images of how society in Syria or any war stricken country perceives children, the puppet hangs over scattered toys which symbolise the childhood innocence and laughter which he has to give up, as he is now a mere puppet in the hands of society, he is now a soldier.

The Rat Race – By Yashasvi, Shagun and Rashika

A rat race is an endless, self-defeating or pointless pursuit. It conjures up the image of lab rats racing through a maze to get the cheese much like society racing to get ahead financially. Any exhausting, unremitting, and usually competitive activity or routine, especially a pressured urban working life spent trying to get  ahead with little time left for leisure,  contemplation, etc.

What is time? An illusion, a tapestry, a sacred text or a work of art?

Through this installation, they have explored the passage of time and how it reminds us of our own impermanence. Nothing lasts forever – not you, not us nor the tree that had once bloomed (with matchsticks) which in the end, had to meet its fate (the fire). Time keeps passing us by, and we keep avoiding the basic truth of our lives – our end. Death is not the opposite of life, but a part of it. Now, we’re not asking anyone to be melancholic when we talk about accepting death as a part of our lives. We’re only asking to acknowledge the impermanence of our lives simply because only with the honest knowledge that one day we will die, we can ever truly begin to live.

Masking has evolved. It conceals one emotion by portraying another emotion. It can conceal a negative emotion with a positive emotion.

The mask of painted lips has become a medium to hide emotions and show oneself as someone they are not. Sometimes, when the true face of a person is not accepted, the masked version of the same person gets the approval because their negativity is hidden. The masks have taken over now. Darker the painted lips, deeper the secrets hidden beneath. The person you consider to be a walking shop of makeup may not be a person you think they are. There must be hundreds of reason for the transformation. So, it can be said that they actually mask emotions. 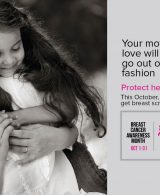 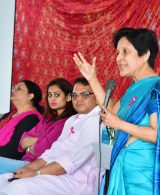