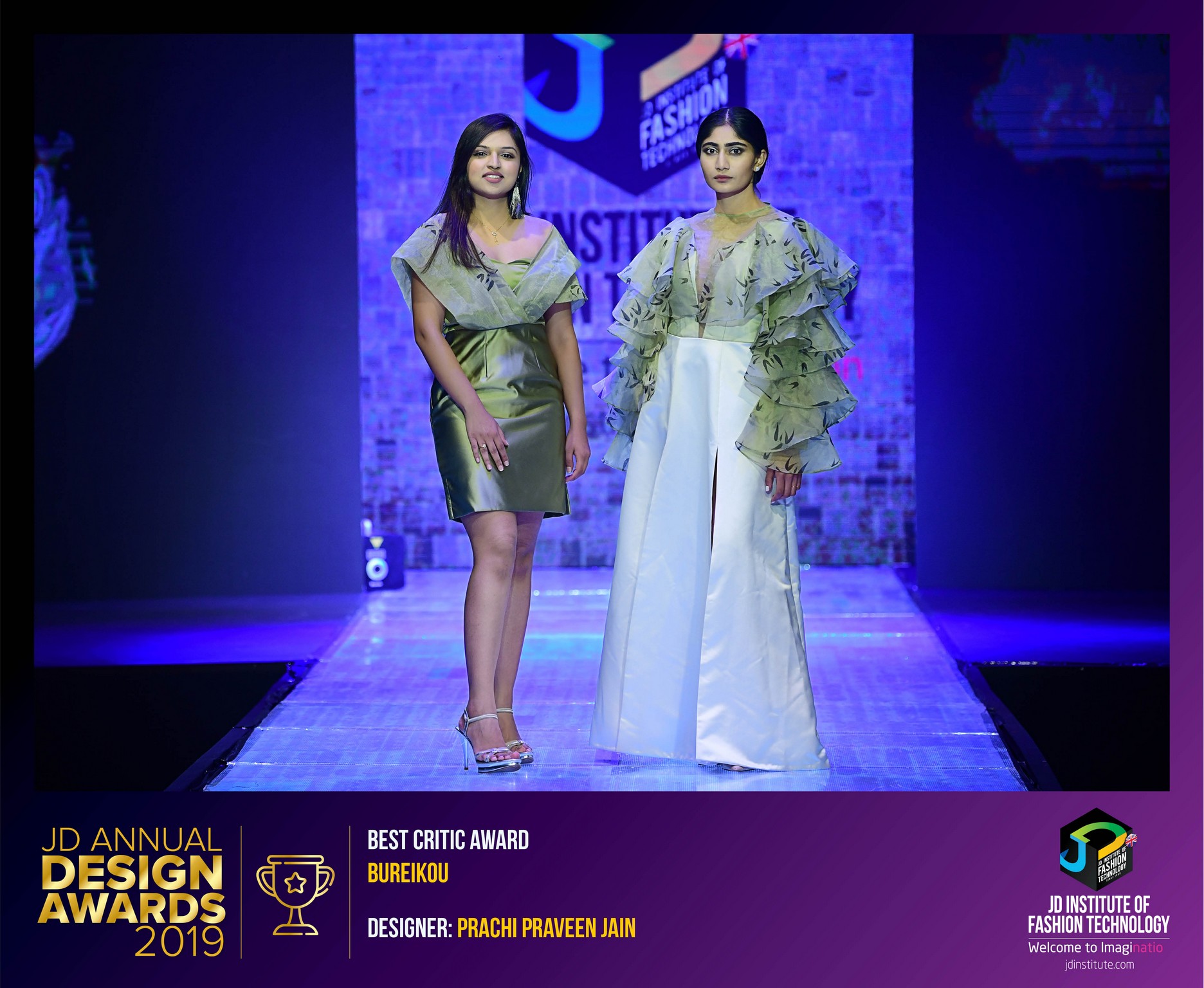 “Everything has its beauty, but not everyone sees it”

Designer Prachi Jain’s collection is peppered with a Japanese theme. The collection is called “Bureikou” which is derived from the trend of drink-outings prevalent in Japan. The groups involved in these outings can speak, act and enjoy freely without the restriction of social status. The collection has been inspired by the Japanese Oribe ware pottery which is known for its asymmetrical and eccentric shapes.

Oribe ware is a style of Japanese pottery that first appeared in the 16th century and was used for tea ceremonies. Its characteristic is the deformed shape achieved through moulding rather than using the potter’s wheel. The ware is designed with colourful glazes like blue, green and copper. The motifs on the ware are usually inspired by nature like plants or ponds. With changing times there was a change in technology, which led to advanced kilns that improved the firing conditions.

The designer through her collection has incorporated the asymmetry of the pottery, motifs and colours found on oribe ware. She has also incorporated elements of nature from Japanese ink paintings on the garments. The motifs from both the ware and ink paintings were initially hand painted and then digitally printed on the garments. The collection has been created by upcycling left over pieces of fabrics of twinkle organza fabric and satin sourced from the home décor units. 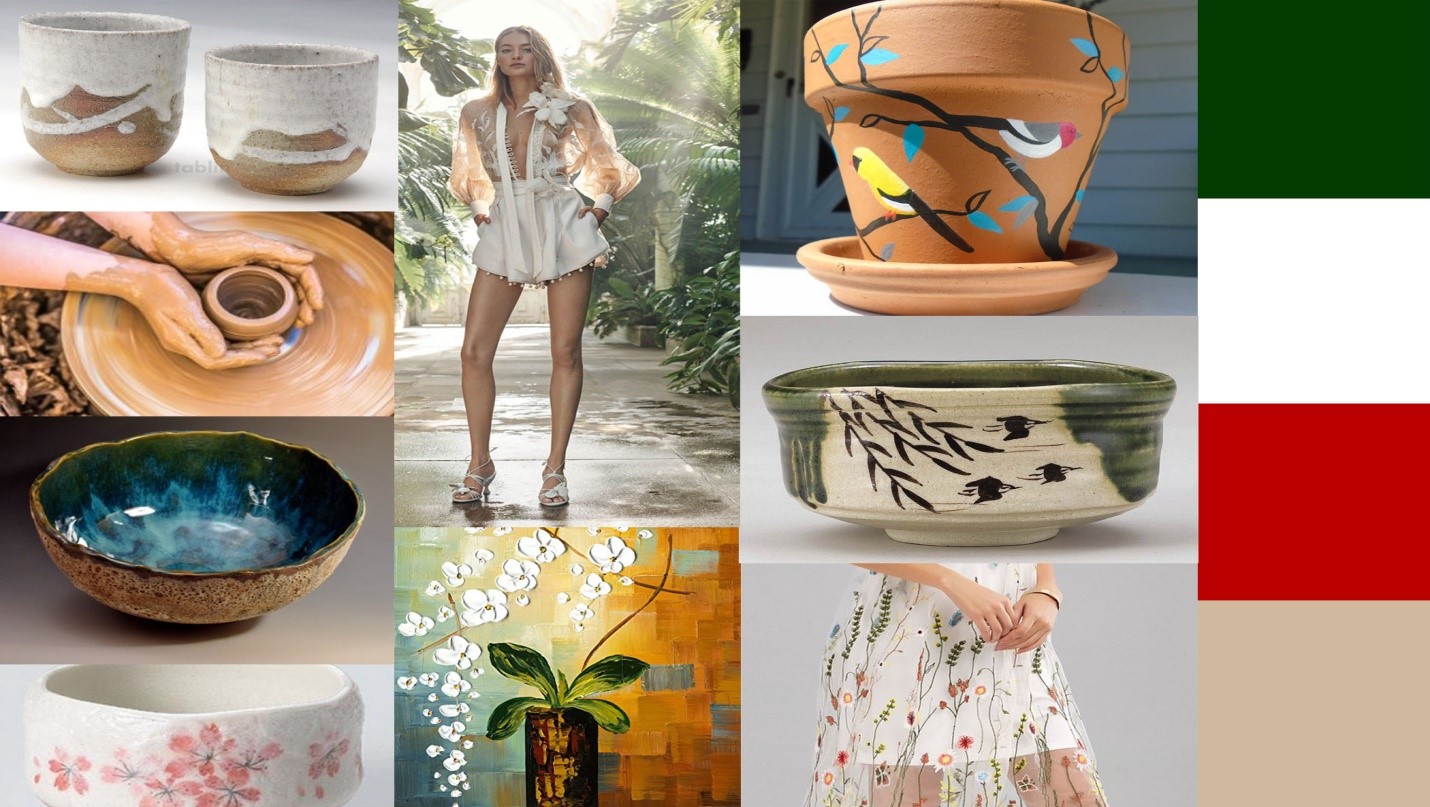 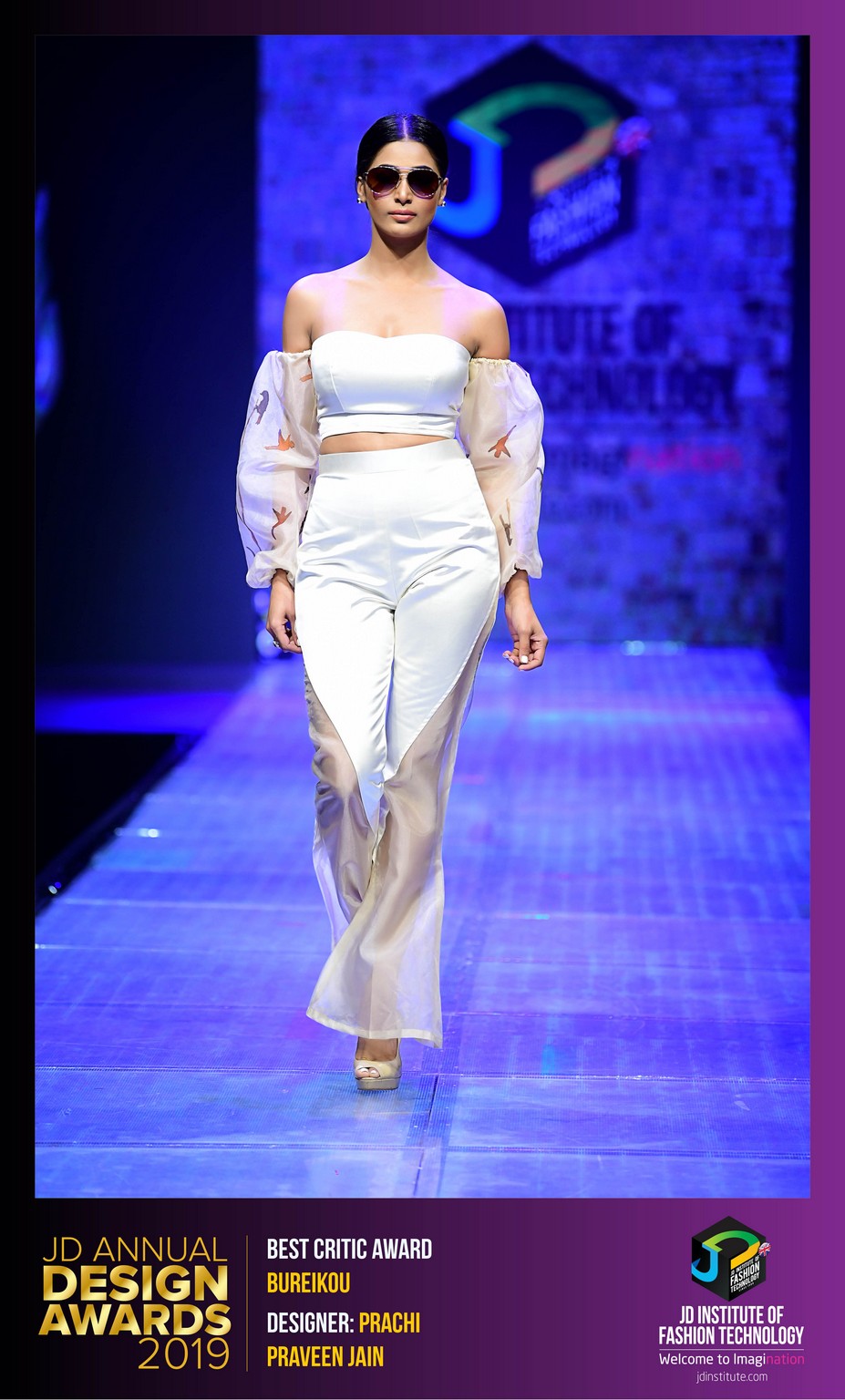 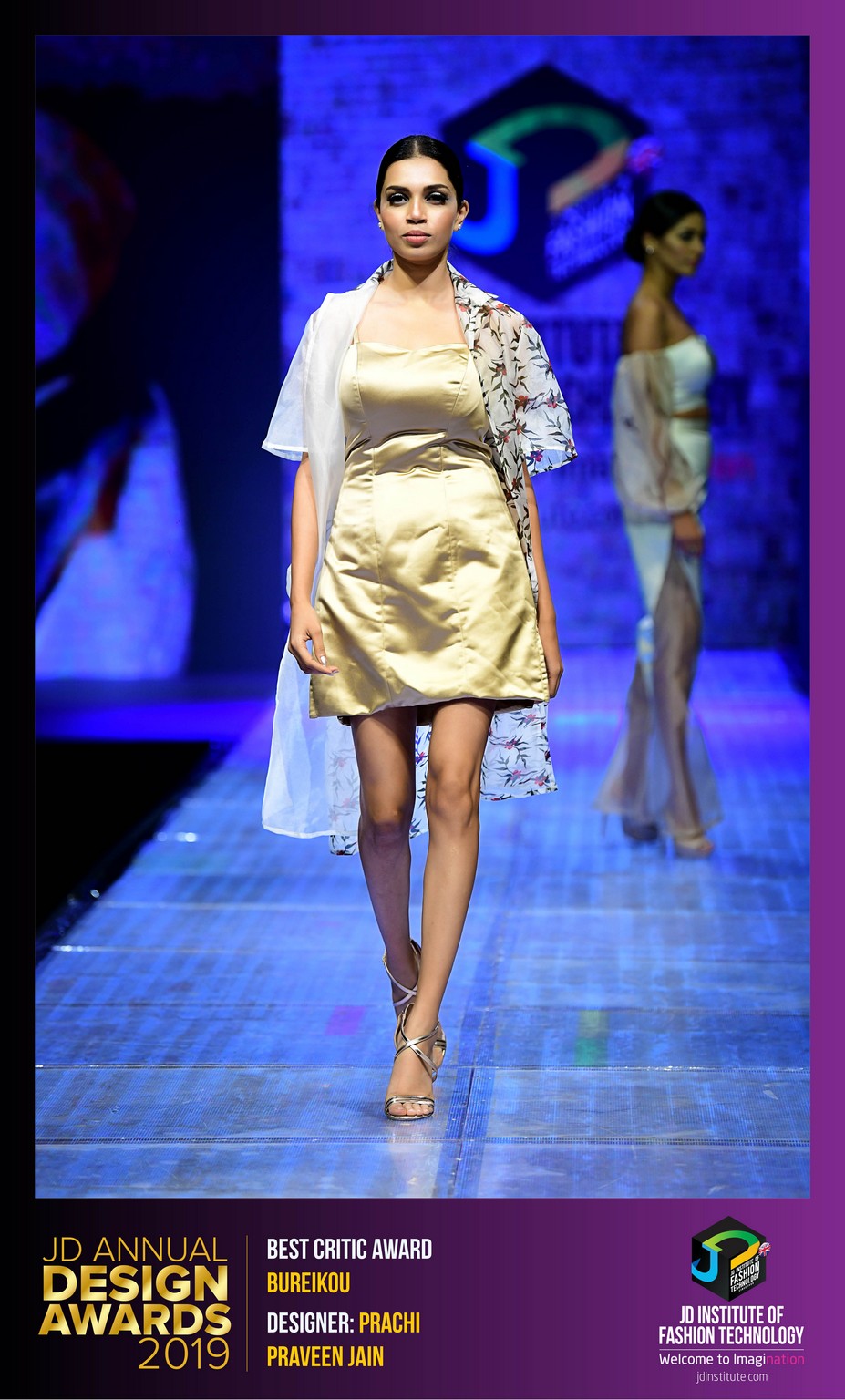 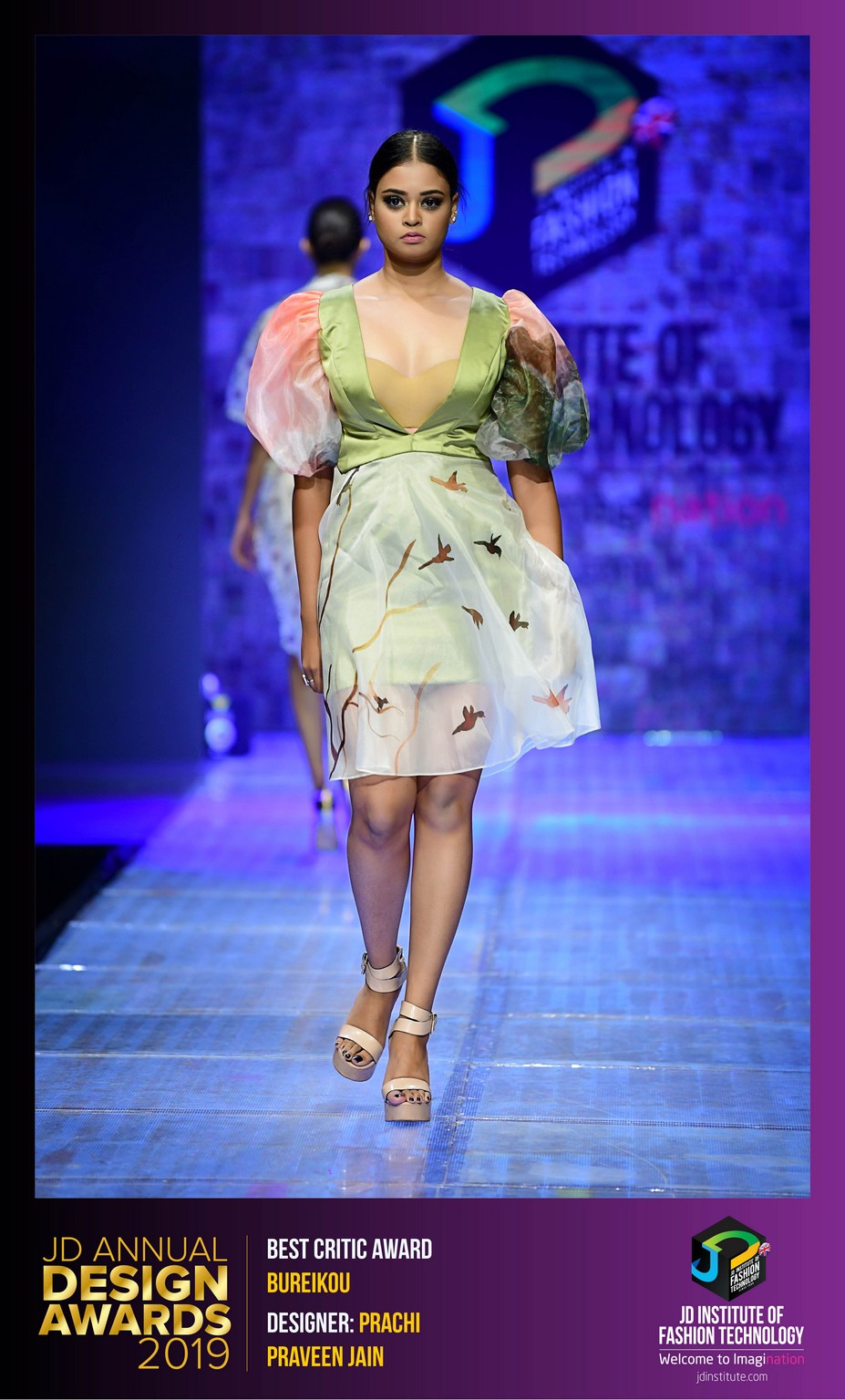 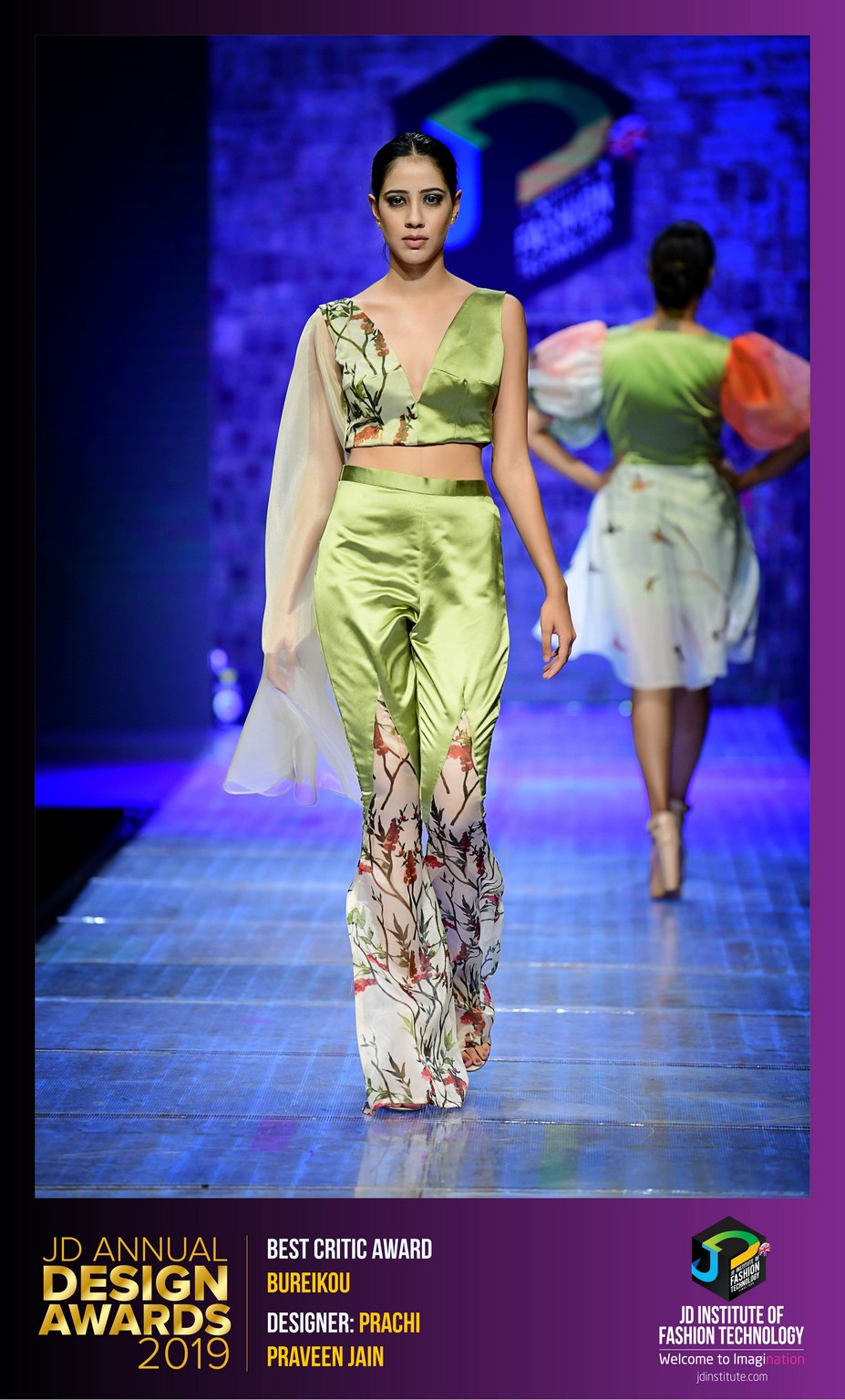 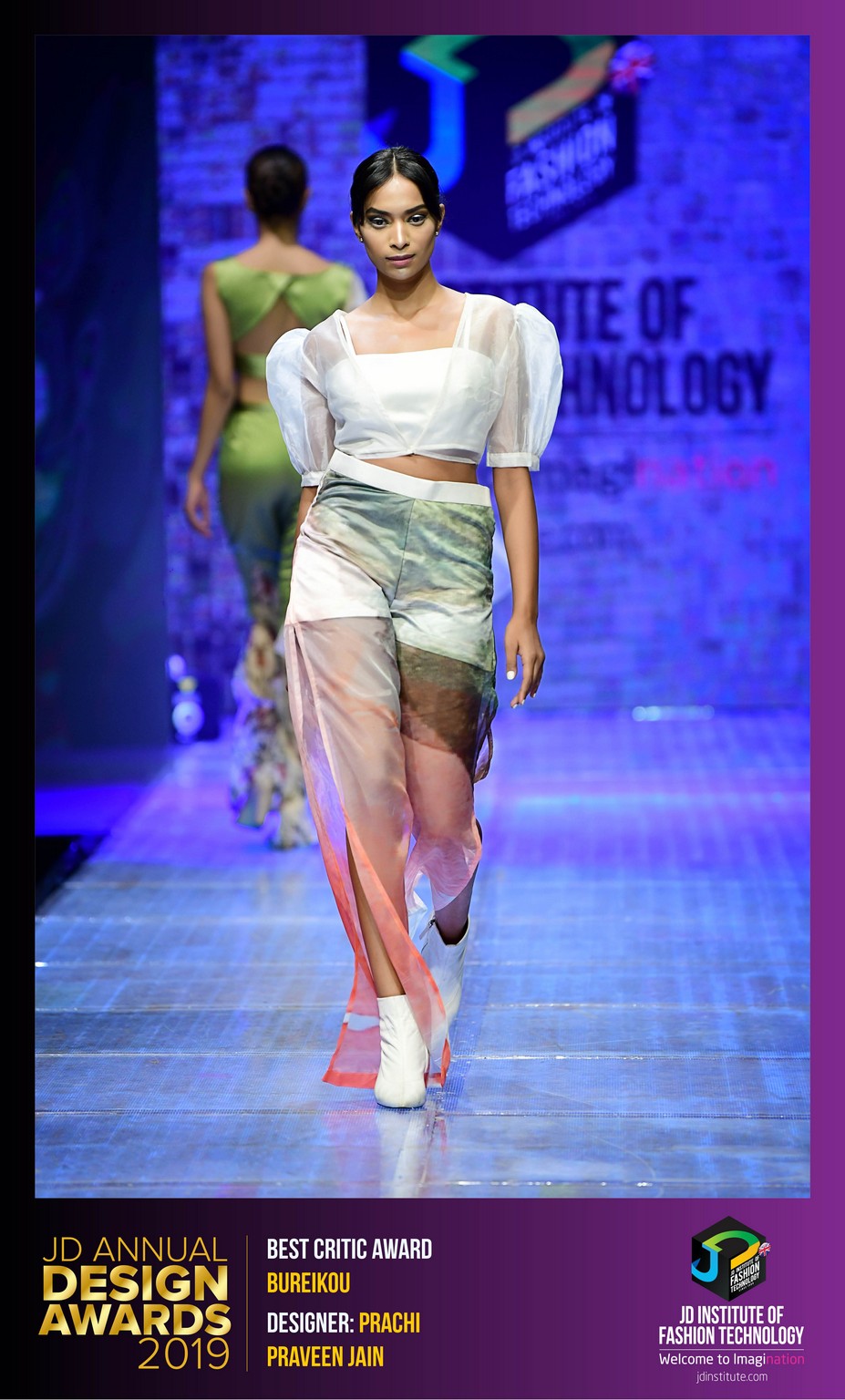 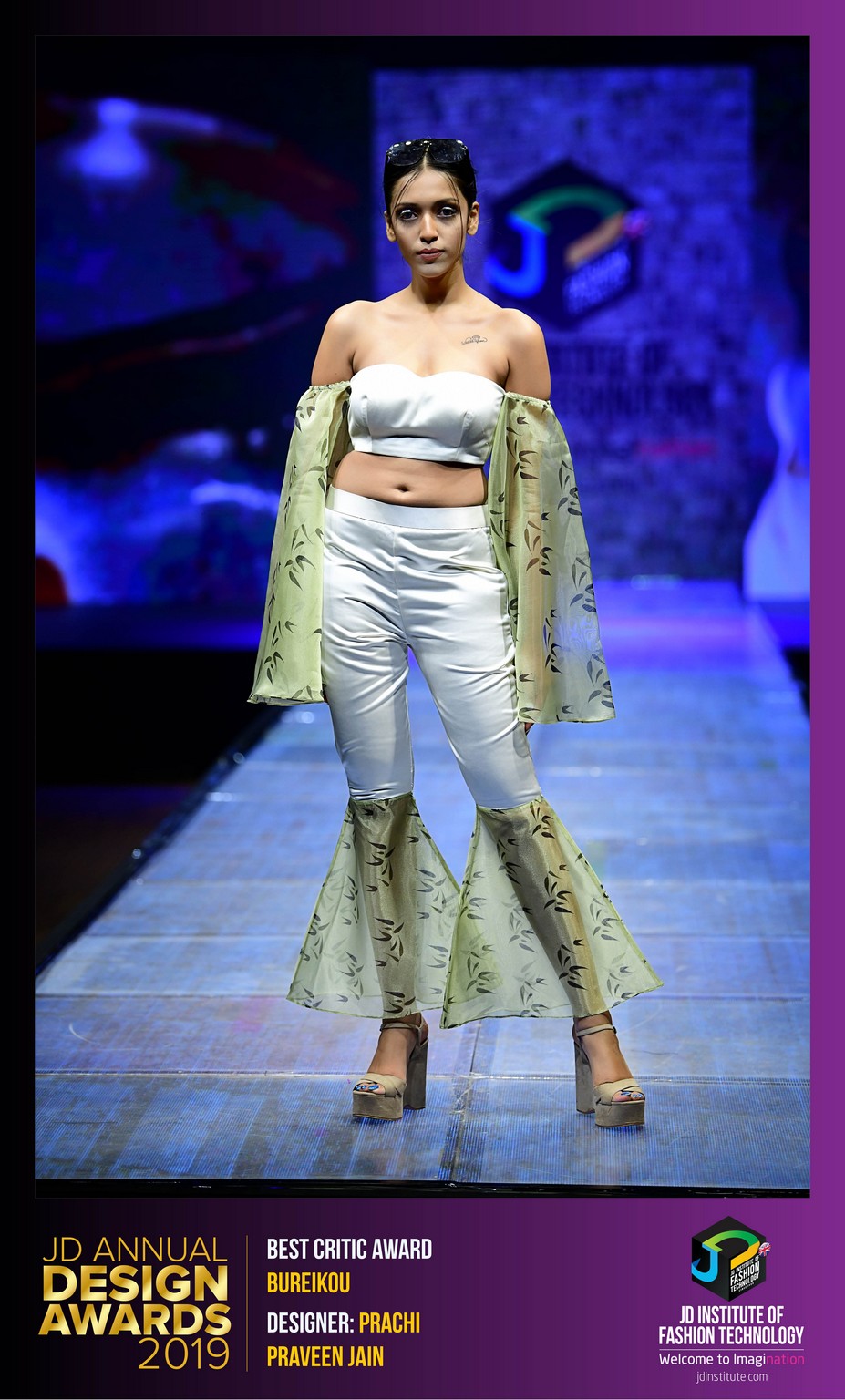 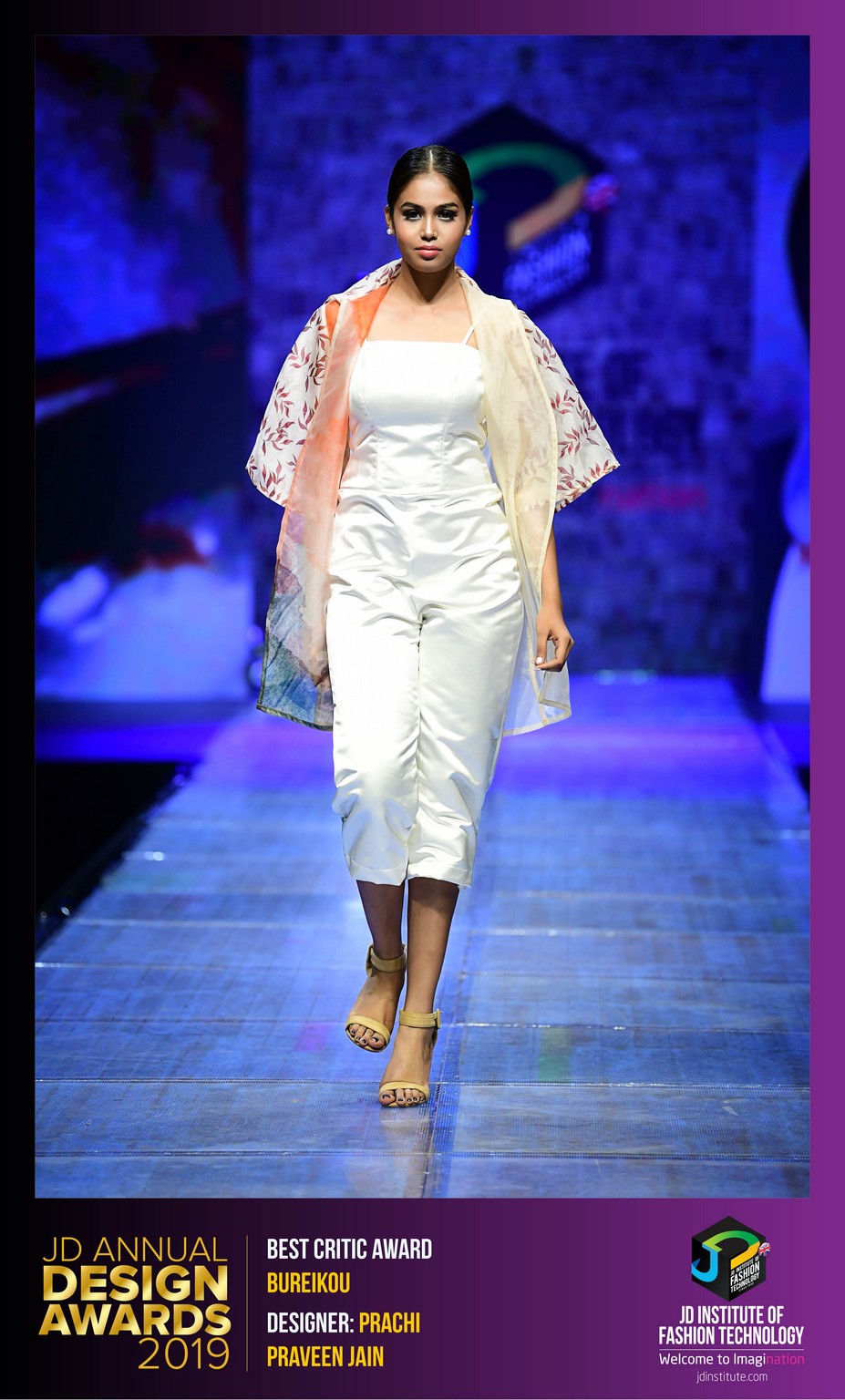 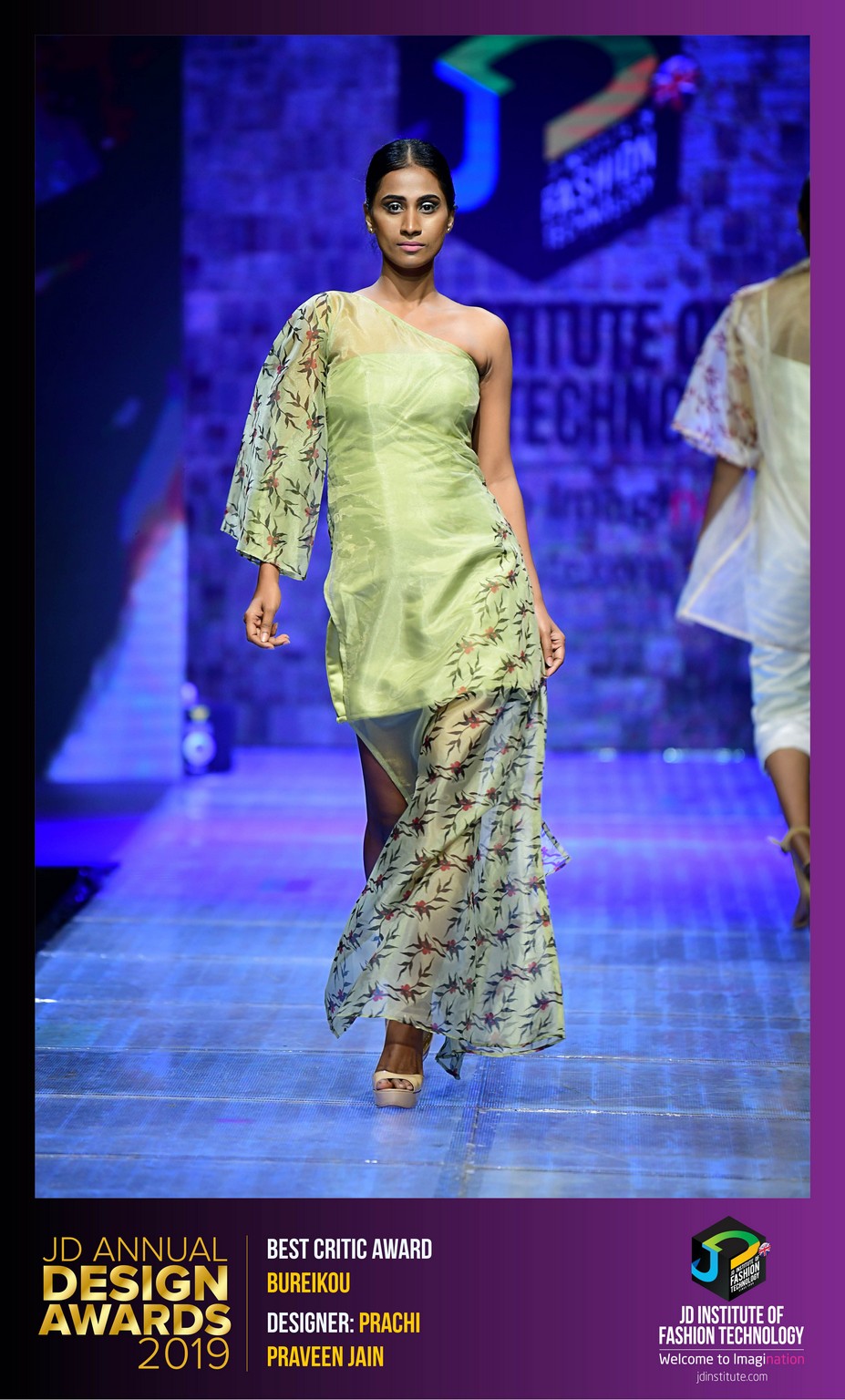 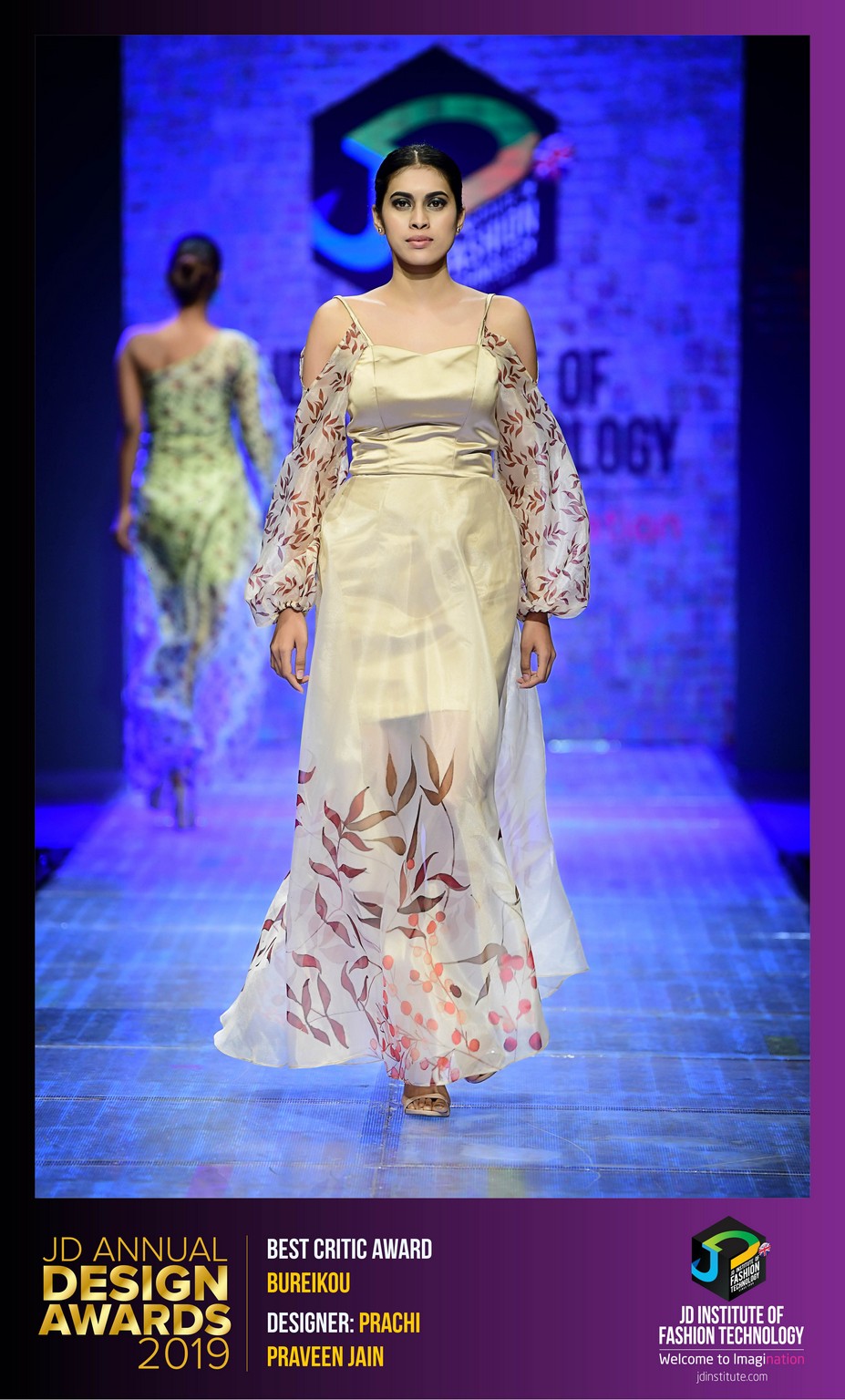 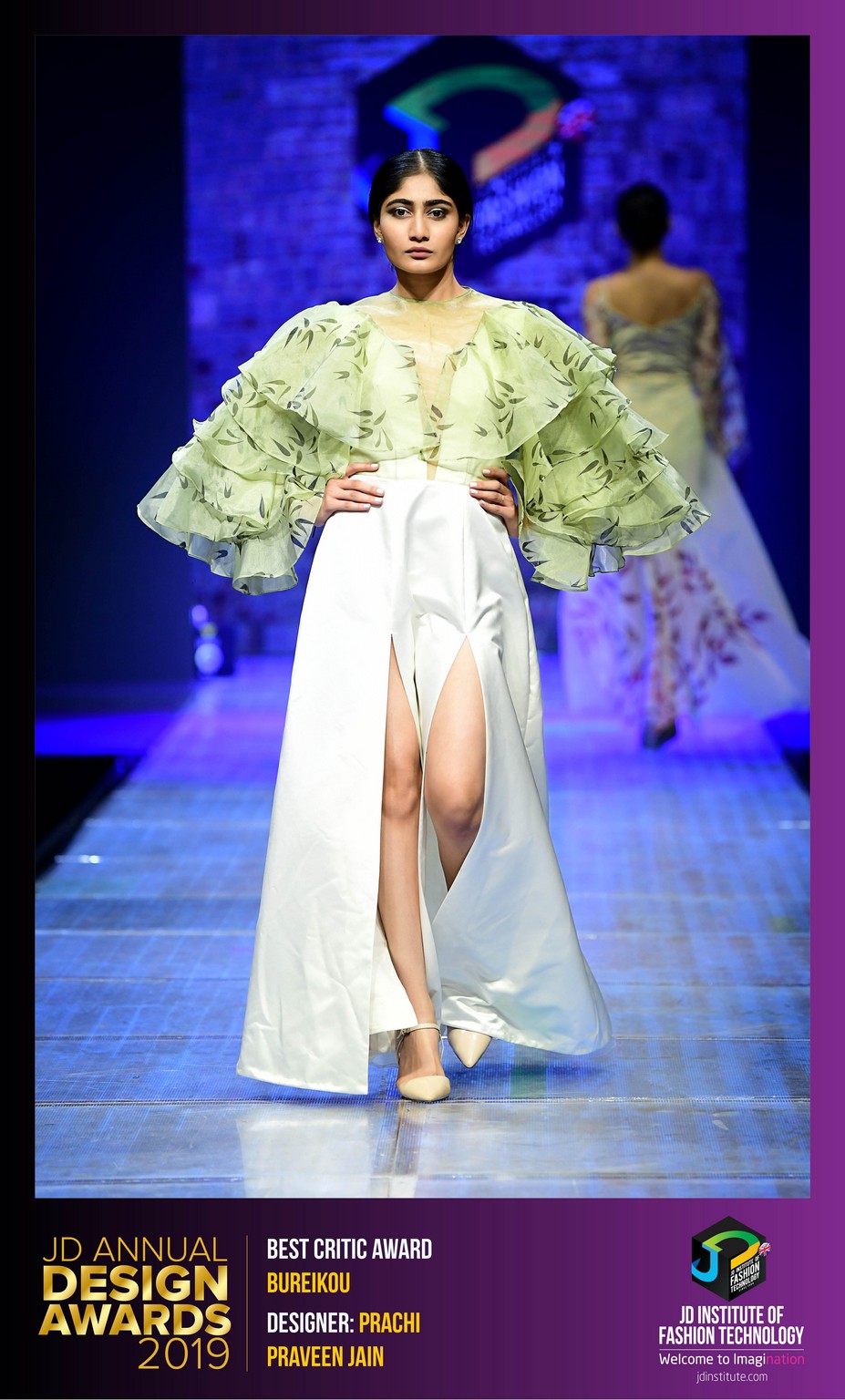 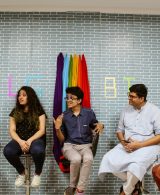 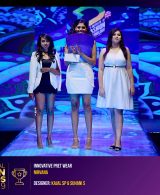