PROUD OF WHO WE ARE! Dialogue with LGBTQIA+ 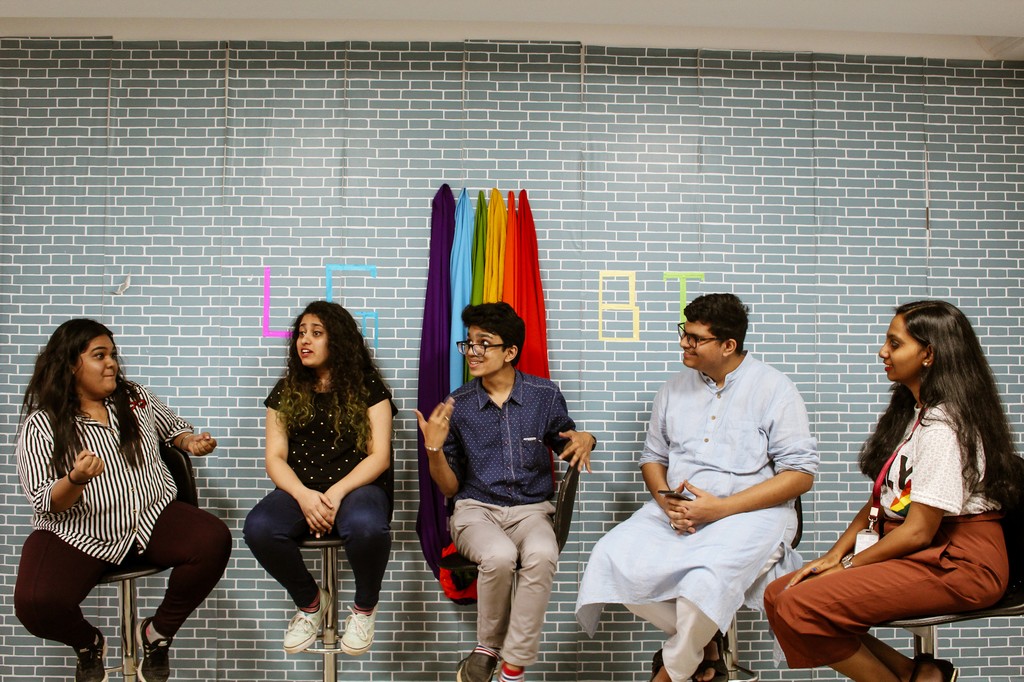 PROUD OF WHO WE ARE! Dialogue with LGBTQIA+ activists at JD Institute of Fashion Technology

The month of June was declared as Pride month to commemorate the Stonewall riots followed after a police raid on the Stonewall Inn in the Greenwich Village neighbourhood of Manhattan, New York in late June 1969. The Stonewall Inn was an exclusive meeting place for the members from the LGBT community. However, they were often harassed by the police, due to frequent raids. In retaliation, the members of the community fought back against the police and this led to a break out which laid the genesis for liberation for the community and a fight for their equal rights in a homophobic society. Since then to this day, Pride month is celebrated every year in the month of June all over the world, in a series of events and parades by the community and its allies. The LGBT community has incorporated other gender spectrums into its fold which is now, as we know it as LGBTQIA+.

In India the first pride walk was held in the city of Kolkata in the year 1999. Delhi hosted the first gay pride parade in India. The first Gender Queer Pride parade was held in Madurai in 2012. Bangalore held its first pride march on
29th June 2008 alongwith Delhi and Kolkata on the same day.

The caricature portrayal of the LGBTQIA+ members in the entertainment industry is further from the truth. There are very few creators from the entertainment industry who deal with the subject with sensitivity and give it the respect it deserves. The lack of platforms that talk or educate about the gender spectrum is rare, which results in dehumanizing and demonizing members of the community to mere beings to be ridiculed. For far too long we have been fed with a skewed perspective of a narrow minded society that determines gender pronouns as a “his” or a “her”, there is no in-between.

In an initiative to bust myths and misconceptions associated with the LGBTQIA+ community, JD Institute of Fashion Technology organized an open dialogue on 13th June 2019, with activists Mohammed Ali, Liliana il Graziosco Merlo Turan, Ranica Kapoor and Palak Sharma from the community. The dialogue was initiated to understand and sensitize students to the problems, challenges and discrimination faced by the members of the community. The session was moderated by our faculty, Niveditha Vijayanand. Each panelist shared their experiences and tried to educate the students about gender sensitization and the need to create a safe place for people who are struggling with their sexuality and be open to healthy dialogues to create awareness.

The panelists busted some myths and it was a medium of overall knowledge sharing. Unlike popular belief that one needs to come out of the closet inorder to inform everyone around them about their orientation, it is not imperative to do so. One can remain in the closet as long as one wants to as they are not obligated to anyone. Before coming out to others, an individual goes through a phase of
self-realization which can take some time as it a process of accepting oneself first. During this phase there is a lot of confusion, as one is not sure about the reactions of their near and dear ones. Hence, having a support system in place is very important. The rigidity created by the society that we live in and the expectations to live within a set norm deemed to be the right path does not take into its fold anyone who is considered even slightly different. If one does not adhere to these unrealistic standards they are ostracized. Religion too plays an important role in guilt tripping the LGBTQIA+individuals. The panelists also spoke about gender appropriate pronouns while referring to members of the community. The right approach is to ask them about the pronoun they want to be associated with rather than assuming their pronouns based on our misconceptions.

They also touched upon how patriarchy and capitalism are the root causes of normalization of heterosexuality while making it unwelcoming for same sex relationships. Homosexuality is not a recent phenomenon or a foreign export as some would love to believe. It has been present in ancient India as seen in ancient Indian texts, inscriptions and paintings.

The community does not have enough exclusive places for them to interact with each other without being judged. Meeting people with similar experiences or having someone who understands their journey will help uplift them and be confident in who they are. Support groups are an important part in the journey of the LGBTQIA+ community, hence, there are safe places created to help the ones who want support and understand their journey. Initiatives like the Pride March are one of the ways for the community to come together in support of everyone who seeks it. Apart from the Pride March there are other events that have been created to help the community to gain support and educate everyone. In Bangalore we have the Namma Pride Bangalore, a coalition of many LGBTQ and allied groups and individuals. Queer Campus Bangalore, a support group for students, started by Anurag Nair and Ria Andrews. BQFF (Bangalore Queer Film Festival) is an annual LGBTQIA+ event held in Bangalore that brings queer films from all over the world. These events are havens for people from the community and allies to gather a broader perspective first hand.

We as a society need not judge people based on their sexual orientation, but rather for their work or as people. One’s orientation is very personal and we must respect that space and make everyone inclusive. With the Supreme Court verdict on decriminalizing homosexuality by repealing Section 377 we still have a long way to go in terms of educating, accepting and uplifting the LGBTQIA+ community as our own without making any distinction.

The fashion industry is colourful and reiterates behind the philosophy of staying true to your identity through freedom of expression. Hence, it was fitting to have the session on the LGBTQIA+ community in our institute as it helped our students to have direct interaction with the activists of the community, learn about their journey, be more accepting and question the norms, rather than follow it blindly. 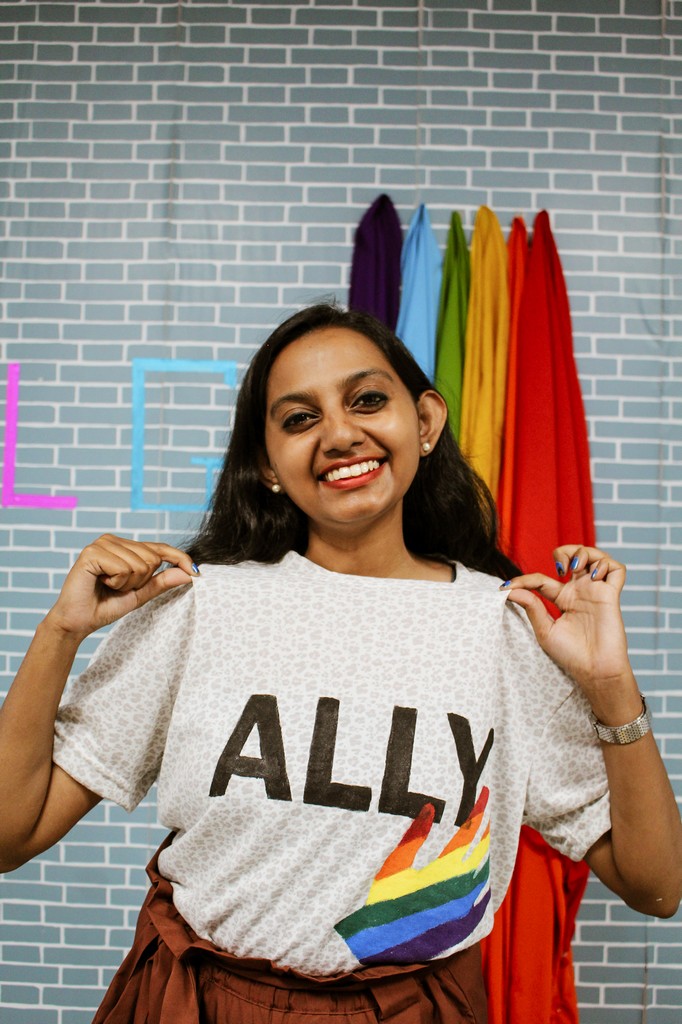 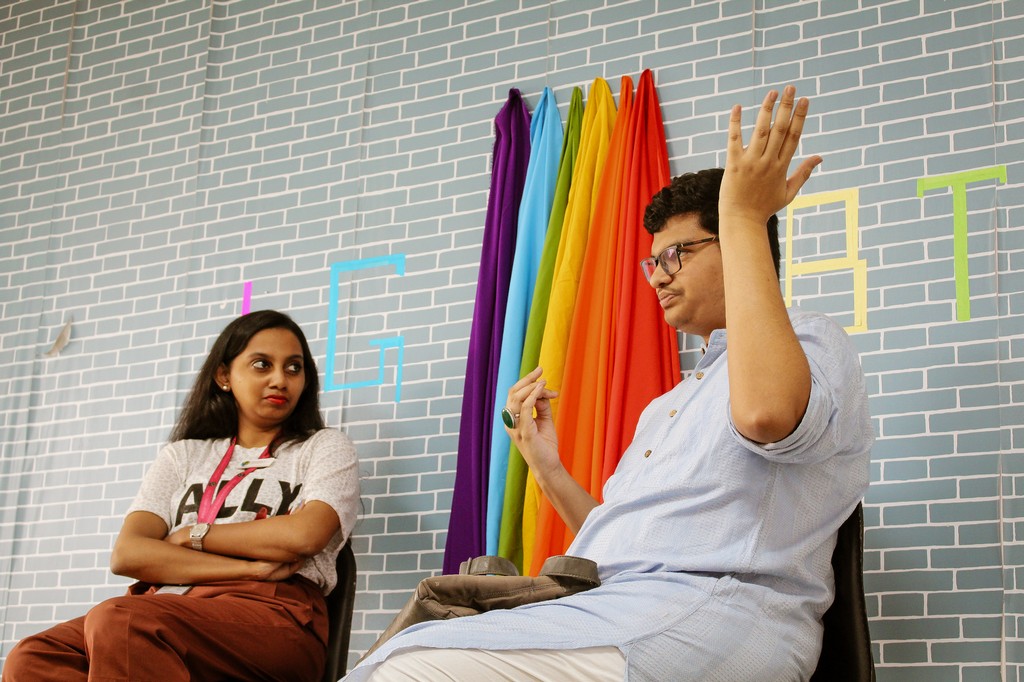 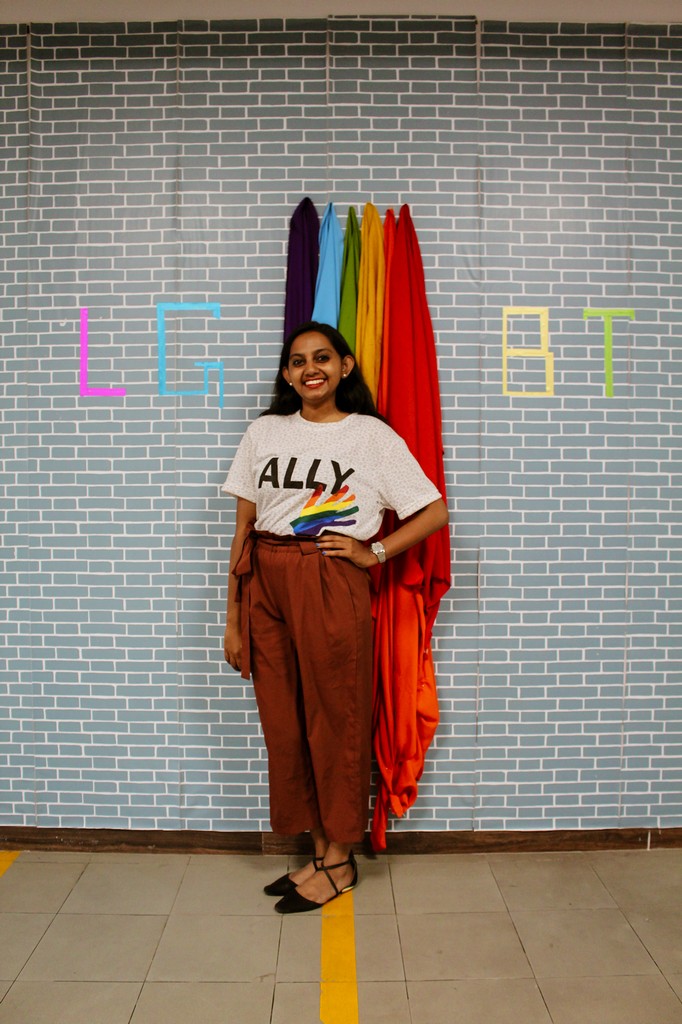 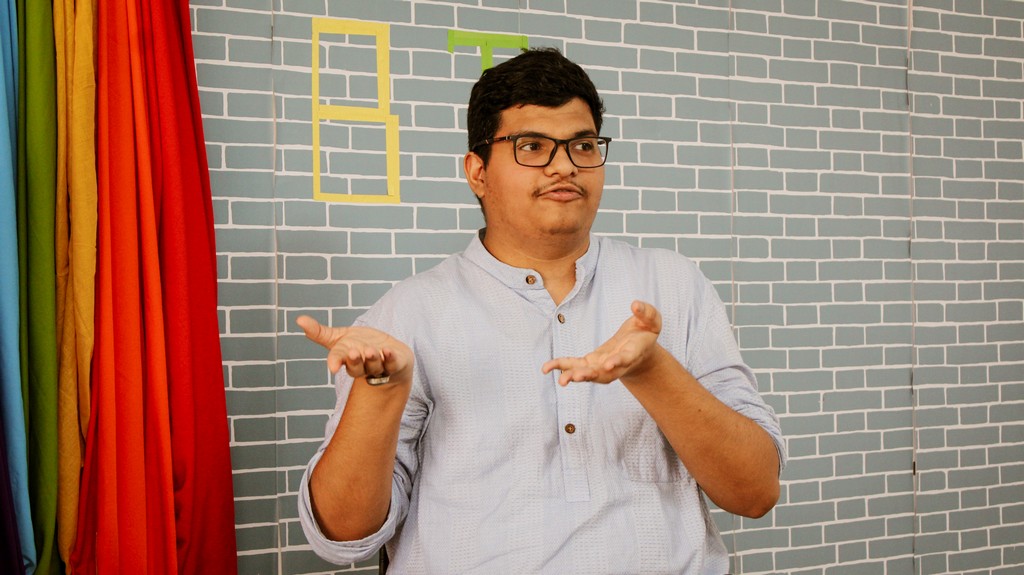 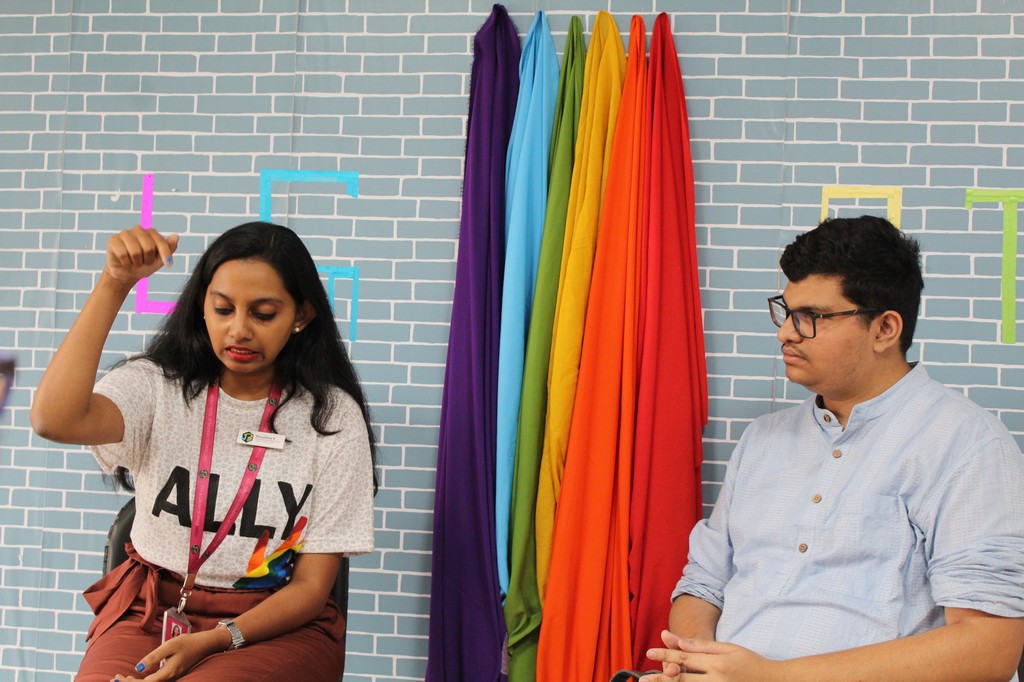 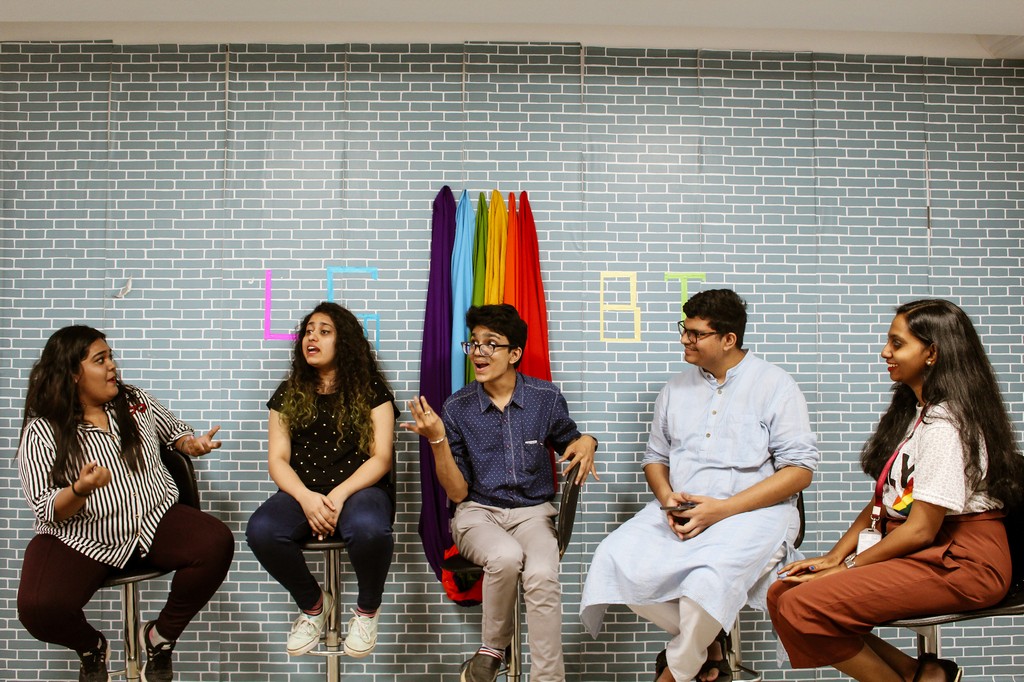 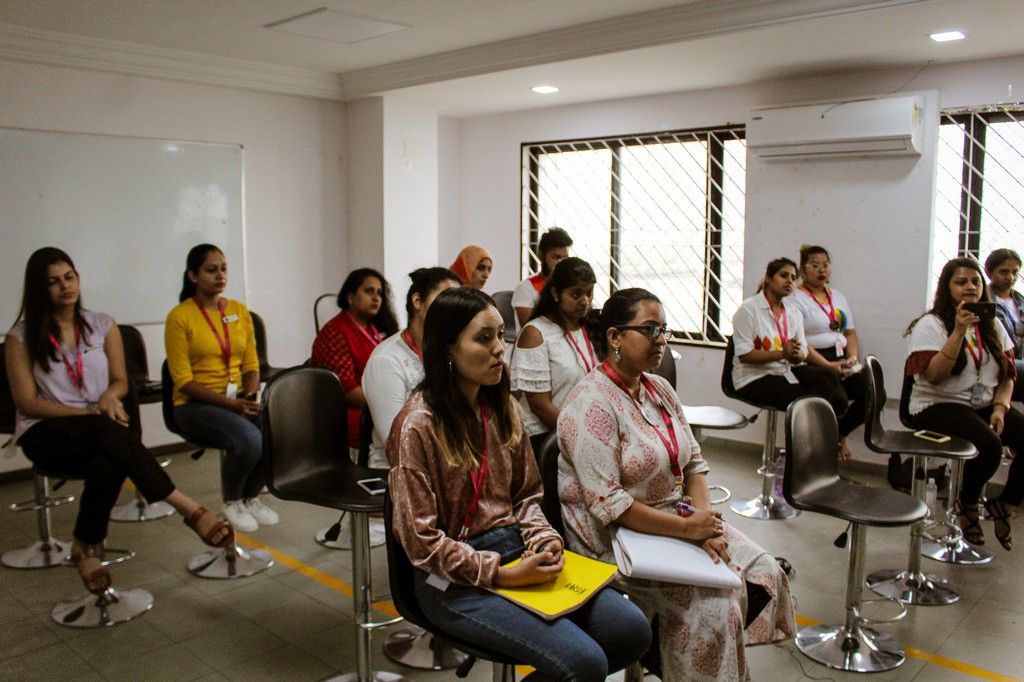 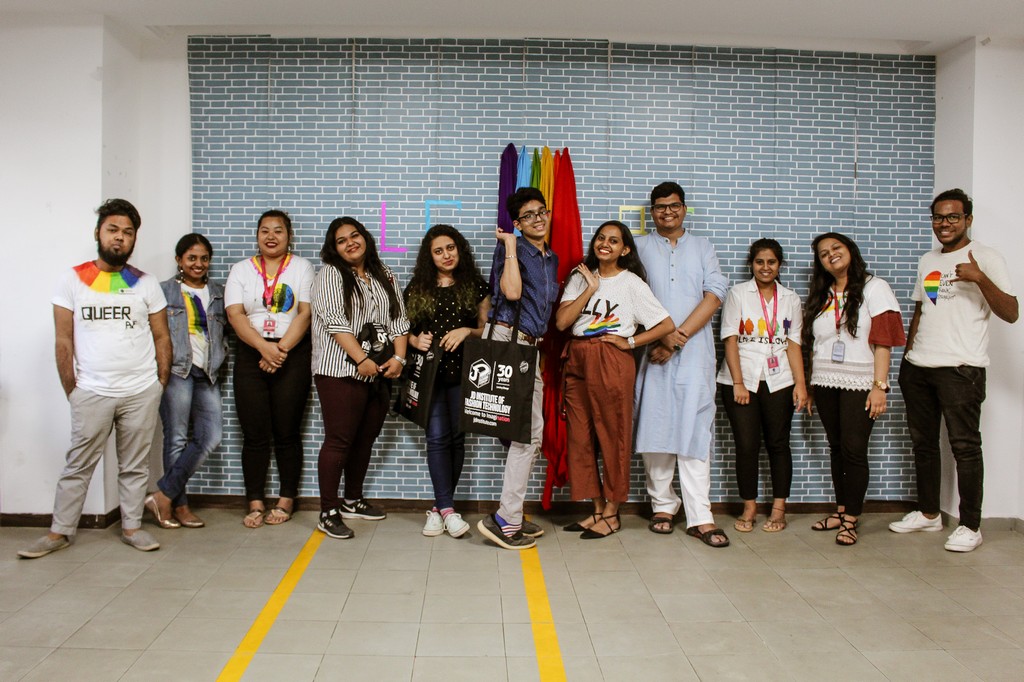 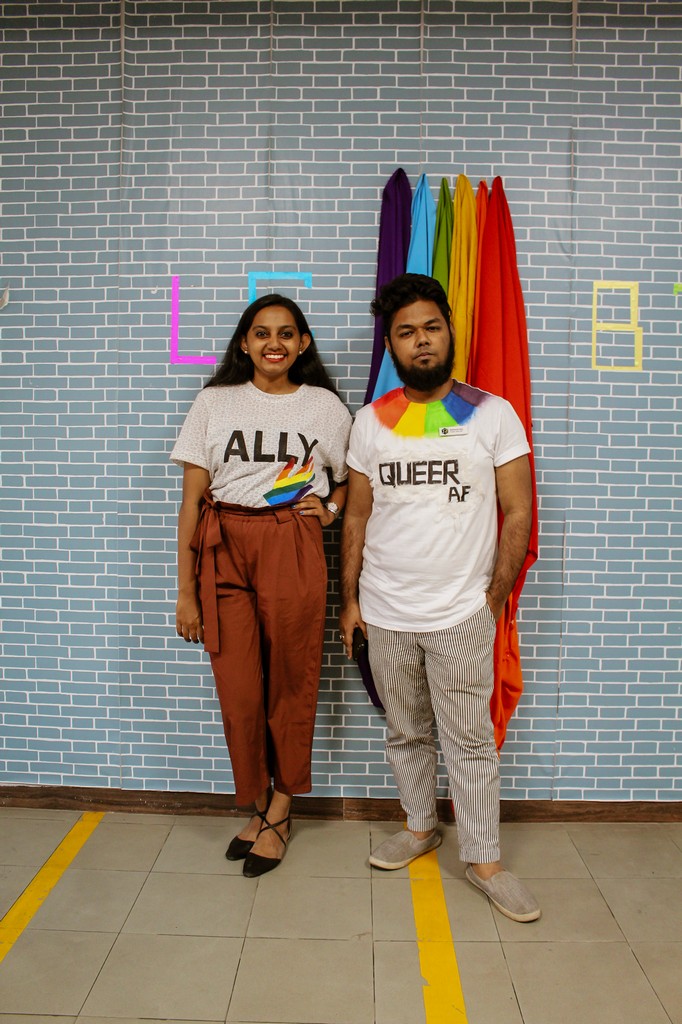 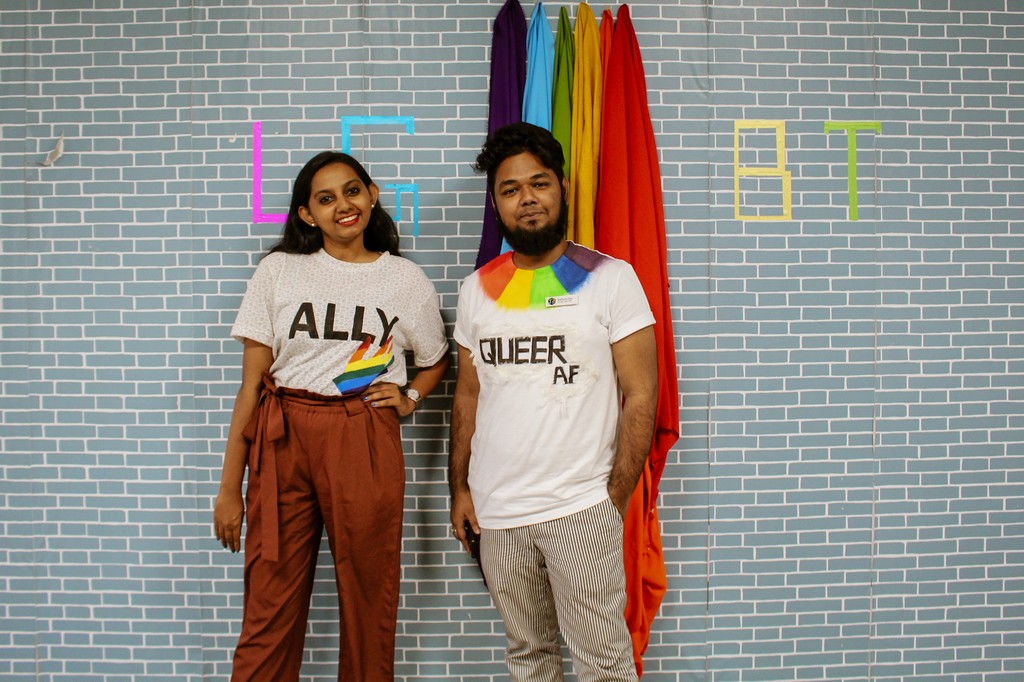 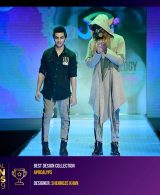 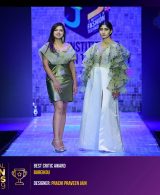