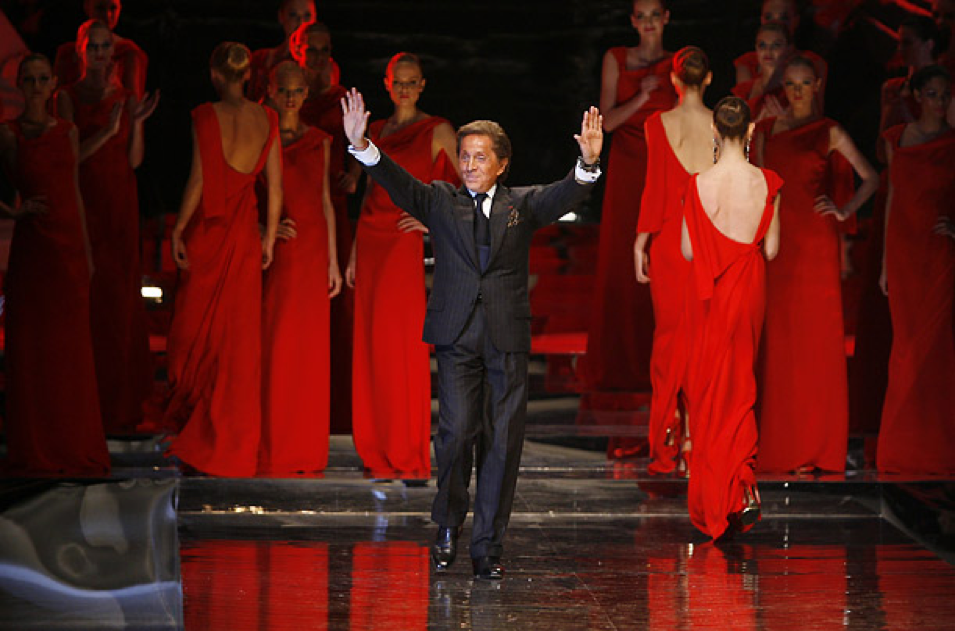 Valentino Garavani, known simply as Valentino, is one of Italy’s finest fashion designers. Admired universally for his exquisite haute couture and romantic red carpet gowns. The eponymous designer retired from his label, but still remains a significant figure in the fashion world. A typical example of quality and class, Valentino’s signature has always been beauty at its purest and simplest form, with the utmost dedication of 47 years of personally designing every dress, every button, and every stitch. He made dresses that are very graceful and flirty for both men and women. 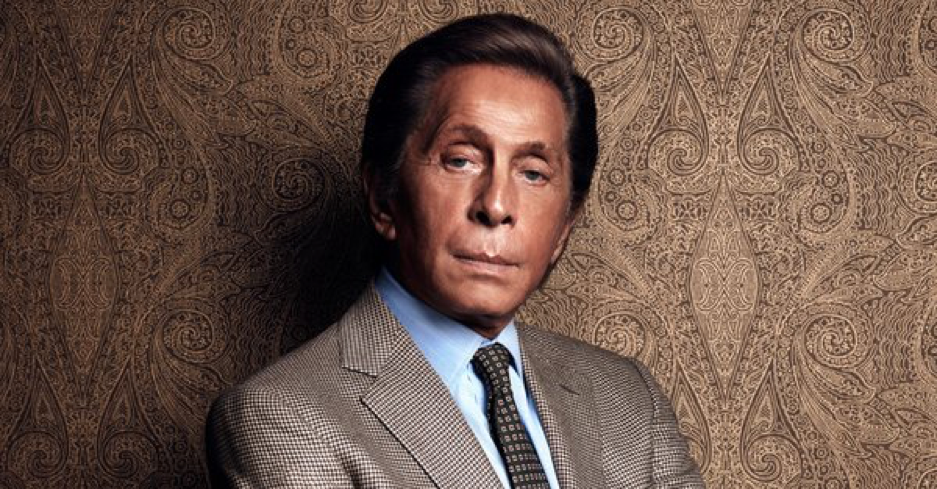 The House of Valentino found in Rome, in 1959, was and is still known for its vibrant shades of red, unbelievably beautiful lace, and its rich silk chiffons. His silhouettes are classic, cuts are conservative, enhancing and celebrating the female form. He is known for his meticulous attention to minute details and the choice of fabrics dyed in his signature colour. Garavani goes down history for his signature fabric shade, Valentino Red. Since 1959, when the little red cocktail dress “Fiesta” flounced down the catwalk, the red evening dress has become synonymous with Valentino. The Valentino Red, one of the pillars of his collection, is a combination of 100% magenta, 100% yellow, and a 10% black. 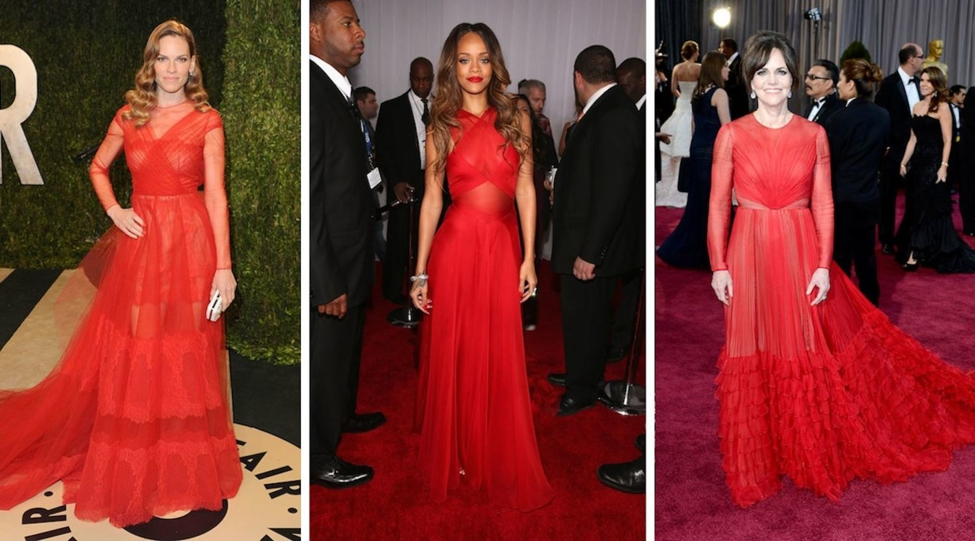 The iconic 1968 All-White collection, Valentino received the Neiman Marcus Award for, was exceptional and is still so modern. The very delicate ensemble with ruffled cuffs and applique of small flowers from the white and ecru toned haute couture spring/summer 1968 was worn by the famous Audrey Hepburn for the cover of Vogue. 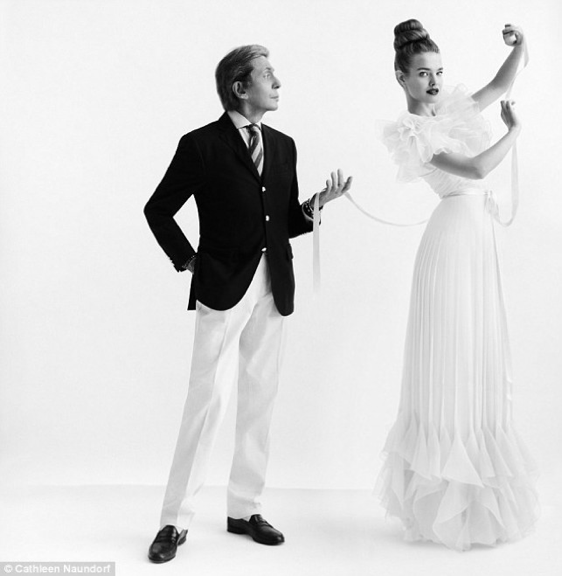 One of his key influential clients and a major instrument of his success was Jacqueline Kennedy Onassis. Her wedding dress in 1967, a version of the “Lacy Vanilla Mini” worn by Audrey Hepburn, was exceptional. Valentino’s White spring/summer collection coat was one of his greatest triumphs and became famous for its gold “V” logo. The Oscar dress of Julia Roberts in 2001, originally made for the 1992 couture collection, stated as the “Vintage Mania”, was a black column gown with white piping. This simple gown hailed as a red carpet classic and popularized vintage clothing. 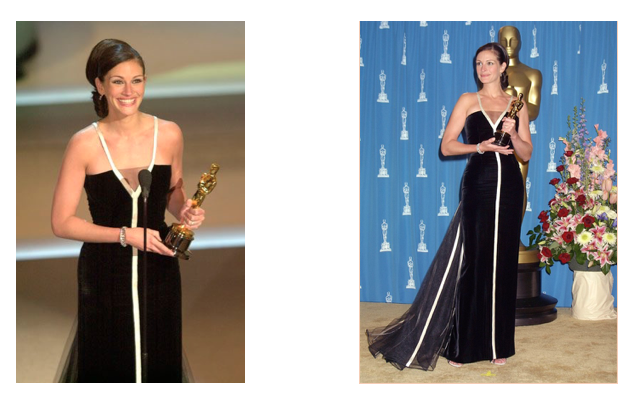 However, a few of my personal favourite Valentino pieces are the evening ensemble haute couture autumn/winter 2007-08. It is an empire dress with draped bodice, sheath with ripped darts and the triangular train made of pink silk crepe. The cape is composed entirely of pink organdy petals with ostinelli fabric.­ Of course, the short, flirty dress in wisps of black lace from the haute couture autumn/winter 2009-10 collection is an add-on to my bucket list. The mystery and beauty of the lace masks are admirable too. Last but not the least, the Fiesta dress, made for catching the eye of the crowd, was a strapless cocktail dress in draped tulle from the spring/summer 1959 collection. 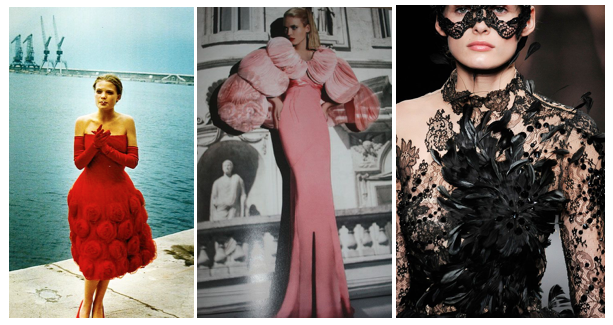 Best known for his haute couture, Valentino has kept his own style over the decades in spite of the very many changes that have taken place in the fashion world. He has long been popular amongst the European royalty, American Socialites, and has dressed many famous women for more than four decades, including Jennifer Aniston, Elizabeth Taylor, Anne Hathway, Jennifer Garner, Gwyneth Paltrow, Naomi Watts, Halle Berry, and many more.

While the king of couture took his final bow on the catwalks in 2008, his legacy is still as strong as ever. His final Show was on the 23rd January 2008 Spring Haute Couture. He waved his goodbye in a room lined with the ultimate image of his contribution to fashion, the gorgeous red gowns he’s worked from first to last.

Blog is written by Bhavana Kumar 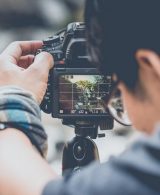 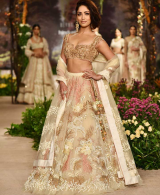